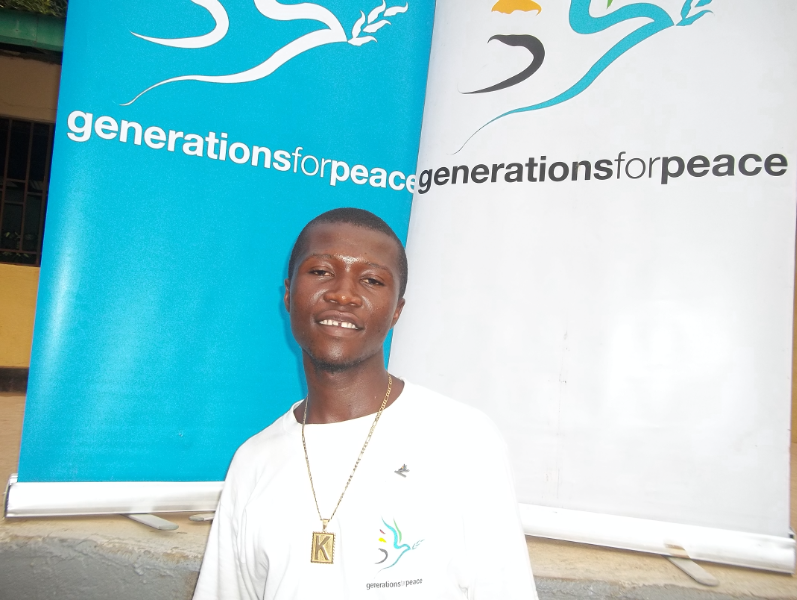 By Valentine Chauchereau, Communications Intern at Generations For Peace.

For most of his life, Victor, a 23-year old volunteer, saw the use of violence as the only answer to conflict and division. As a teenager, Victor attended LOMA Secondary School (LSS) in Kabala, a town located in the North of Sierra Leone. Sport games were regularly organised between his school and Kabala Secondary School (KSS). During these games, Victor recalls the high tensions between the two teams: “I would tell my peers not to agree with the referee’s decision in order for us to win. Whenever we played against KSS and they scored against us, I would tell my team to start throwing stones and knives at them, sometimes even at the referees.” In his community, Victor was known for his violent behaviours, generating fear and suspicion in his surroundings. Whenever he was in town for work, people on the streets would point fingers at him and make comments about his violent attitudes.

Since the end of Sierra Leone Civil War in 2002, similar episodes of violence have often taken place. As a result of the country’s history of deep-rooted inter-ethnic conflict and socio-economic marginalisation, many young people have become hostile and aggressive to one another, resulting in the destruction of property, severe injuries, and often death. In Kabala, such violence has for instance manifested itself during the sport events organized between LOMA Secondary School and Kabala Secondary School. “LSS and KSS students could not tolerate each other. It was very hard for us to meet without tensions. Almost every game would turn into a fight,” Victor shares.

In 2016, during an LSS school assembly, Victor was first introduced to the Generations For Peace Sport For Peace for Youth Programme. Touched by the messages of peace and non-violence promoted by GFP volunteers, he immediately asked whether he could join the weekly sessions. Three years later, Victor still remembers one of the first things he learnt, “Students should be ambassadors of peace, not violence. We can play a major role in making our community a better place to live,” he explains. 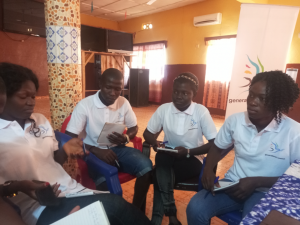 Victor shares a moment with his peers during a GFP Sport and Arts for Peace Training for Delegates in Kabala.

When Victor first joined GFP Sport For Peace sessions, he found it difficult to interact with other students, especially with the ones from KSS, who he considered as rivals. He did not want to mingle and stayed with students from his school instead. Besides, students from both LSS and KSS schools had heard of his violent attitudes and were scared of him. However, to his surprise, throughout the fourth session, Victor found himself having peaceful interactions with the other students. “During the session, we played basketball and I did really well. Everyone was happy for me and very supportive. I saw that my positive behaviour was rewarded with recognition and appreciation.” At that moment, Victor realised that his attitudes, whether positive or negative, were reciprocated by and reflected in the people he engaged with.

In addition to volunteering with GFP, Victor continues his positive behaviours to foster peace and tolerance in his community. “Today, when I see students from Kabala Secondary School I see them as my brothers and sisters. We are all learning from one another with the same objective of contributing to sustainable peace and development in our community and Sierra Leone as a whole. In the future, I want to study law in order to stand for justice and peace.”