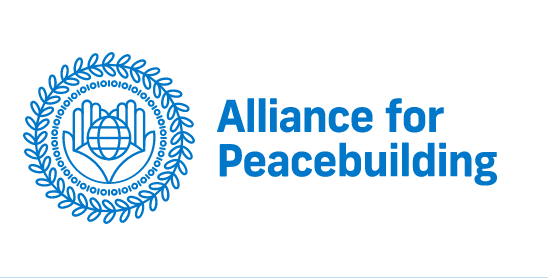 Alliance For Peacebuilding – 7 January  2020 –  The Alliance for Peacebuilding (AfP) commended the 46 bipartisan Congressional co-sponsors of the Global Fragility Act (GFA) which was passed by Congress as part of the 2020 Consolidated Appropriations Act and signed into law by President Trump on December 20, 2019. Congressional and White House approval of this bill represents a historic victory for the peacebuilding field, which has long advocated for the GFA as a game-changing way forward to prevent and reduce violent conflict.  The GFA will create the first-ever comprehensive U.S. government strategy to tackle and prevent spiraling global conflict.

AfP President and CEO Uzra Zeya noted, “The Alliance for Peacebuilding looks forward to working with the U.S. Administration, the U.S. Congress, and civil society partners to ensure meaningful GFA implementation, rooted in evidence and local leadership.  The GFA is proof of a growing bipartisan consensus for elevating peaceful prevention in U.S. foreign policy and assistance, and signals that the status quo and securitized approaches of the last two decades have not delivered and need a reboot.”

An ongoing, 30-year peak in wars and violence has triggered the worst displacement and refugee crisis ever recorded, displacing more than 70 million people. Just fifteen years ago, approximately 80% of humanitarian aid went to helping the victims of natural disasters, but today that ratio is reversed, with 80% of aid going to meet the needs of victims of violent conflict. Violent conflict also fuels violent extremism and remains the primary driver of terrorism, with over 95% of deaths from terrorism occurring in countries already in conflict. When combined with countries with high levels of political terror, the number jumps to over 99%.  By addressing the drivers of violent conflict and taking a sustained, whole of government approach, the GFA can help prevent conflict from occurring or spreading in fragile states, obviating the need for costly military interventions and saving lives and taxpayer dollars.

What the GFA Accomplishes:

Passing this legislation took determination and collaboration from Congressional leaders on both sides of the aisle.  We applaud the bi-partisan leadership of the Global Fragility Act’s lead sponsors, Senators Chris Coons (D-DE) and Lindsey Graham (R-SC), as well as Representatives Eliot Engel (D-NY) and Michael McCaul (R-TX), the Chairman and Ranking Member of the House Foreign Affairs Committee.  Other original co-sponsors of the legislation include Senators Jeff Merkley (D-OR), Marco Rubio (R-FL), and Todd Young (R-IN) and Representatives Bill Keating (D-MA), Francis Rooney (R-FL), Adam Smith (D-WA) and Ann Wagner (R-MO).  A bipartisan group of 26 Senators and 20 Representatives co-sponsored the bill, and their support was key to the Global Fragility Act’s success.