And Step by Step…We are Making Progress 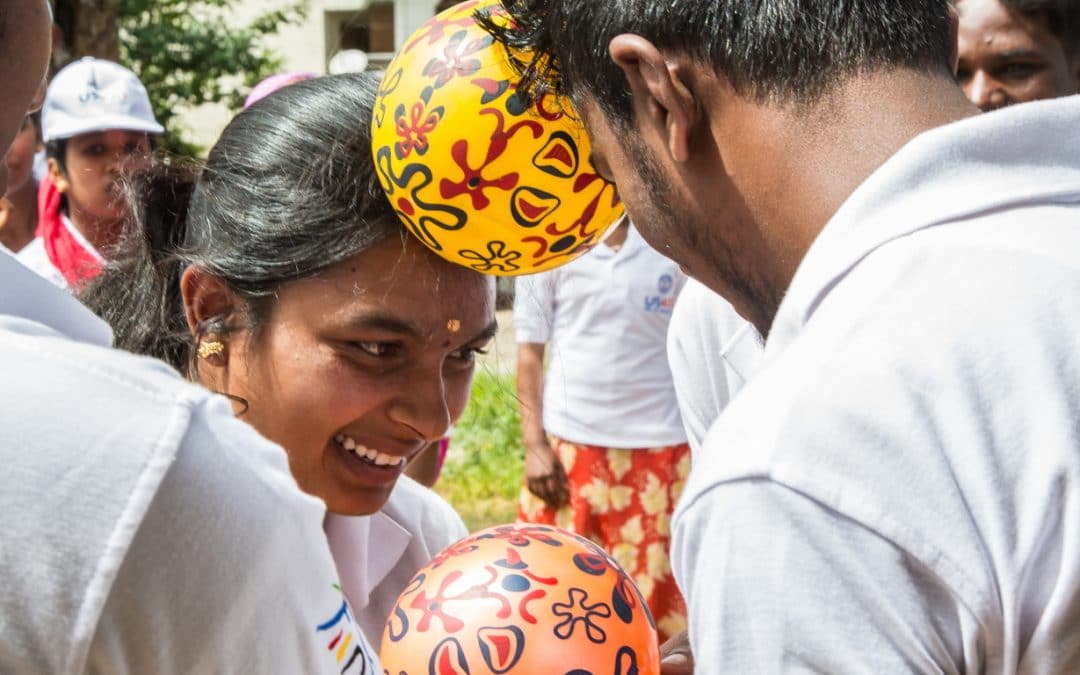 “All are human beings. All are Sri Lankan. We should not separate between Singhalese, Tamil…that is my personal idea.”

K.S. Lankathilaka spent his entire adult life – from the time he was 22 until he had reached almost 50 years of age – residing in a country engulfed in an ethnically- and religiously-charged civil war. For over 25 years, Sri Lankans were engulfed in a civil war built on and resulting largely in the division of various ethno-linguistic groups, most prominently the Sinhalese majority and the country’s second-largest ethnic group, the Tamils.

While a majority of the violence erupted in the northern and eastern coastal regions of the country, where the militant group known as Liberation Tigers of Tamil Eelam (the Tamil Tigers) hoped to create their own independent state in response to an oppressive Sinhalese-run government, much of the war’s effects, fears, and prejudices seeped south and west. Here, about 200 kilometres southeast of Sri Lanka’s capital city of Colombo in the small village of Deniyaya, is K.S.’s home.

Although he was not based at the centre of the violence, news of the war made its way to K.S.’s small village through rumours confirmed by reports in newspapers and on television. He and his four siblings all witnessed their community and country turn on one another – Tamil against Sinhalese. He watched as discrimination against the Tamil in his region became widespread, though those living in Deniyaya that K.S. knew were to him undoubtedly without ties to those affiliated with the Tigers in the north, rendering the discrimination baseless. 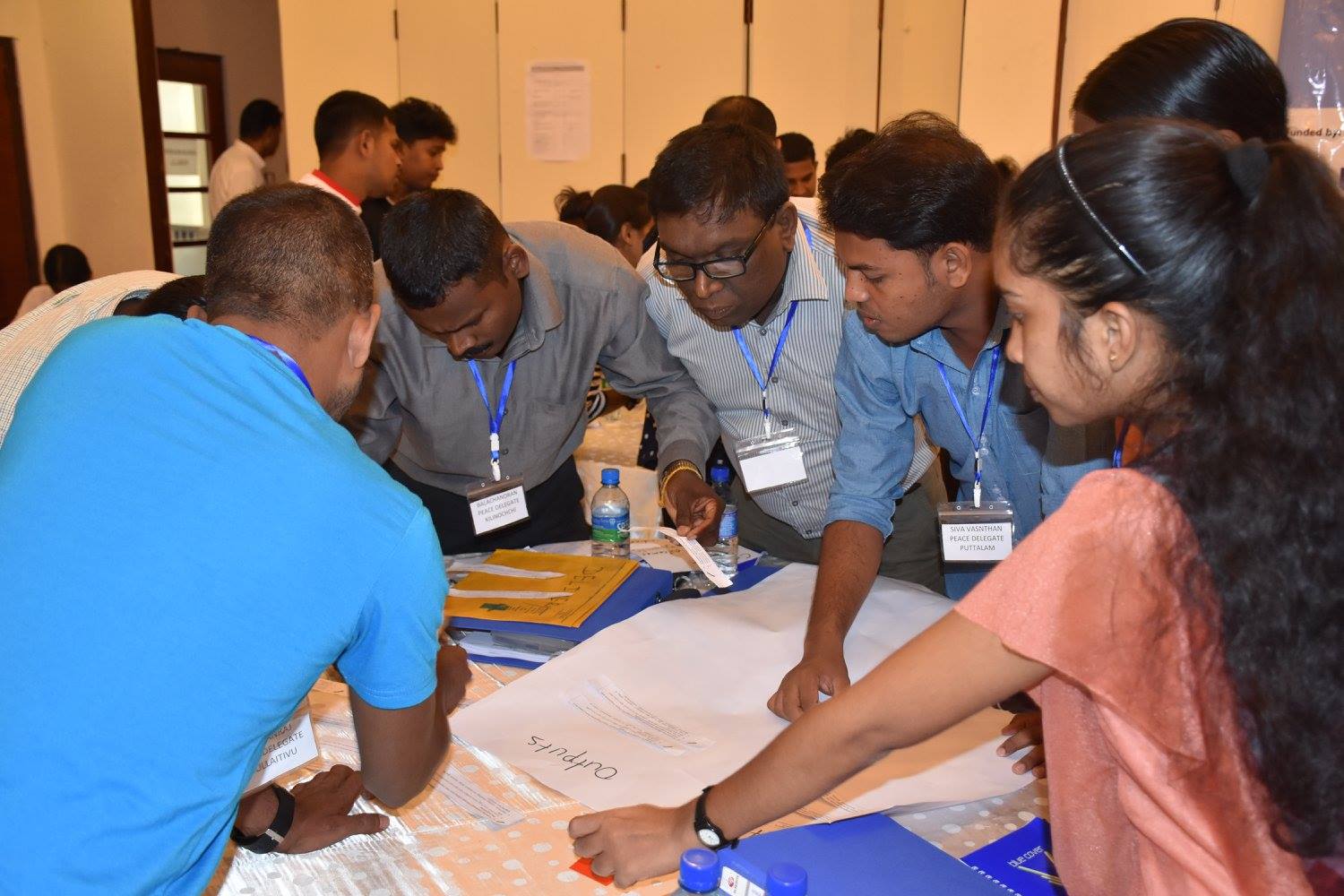 Witnessing these tensions rise across his country and through his adulthood, K.S. became interested in building peace in his community and throughout Sri Lanka on the whole. He worked to become a community leader, aiming to bring peace between his own Singhalese people and the Tamil that resided in the region and were facing prejudice based upon the actions of those bearing the same ethnic background in the far northern regions of the country.

“Most of the functions are held in Colombo…[but] most of the community leaders dislike to participate in them, as it is far away. However, I managed it on behalf of our community and attended for them, bearing the shortcoming of having to get a night bus at Deniyaya bus-stand to Colombo.” He added, “It takes 6 hours.”

K.S. made this trip many times, and as the war progressed, he began to note more and more discrimination against the Tamils coming from Deniyaya and Colombo’s surrounding regions. 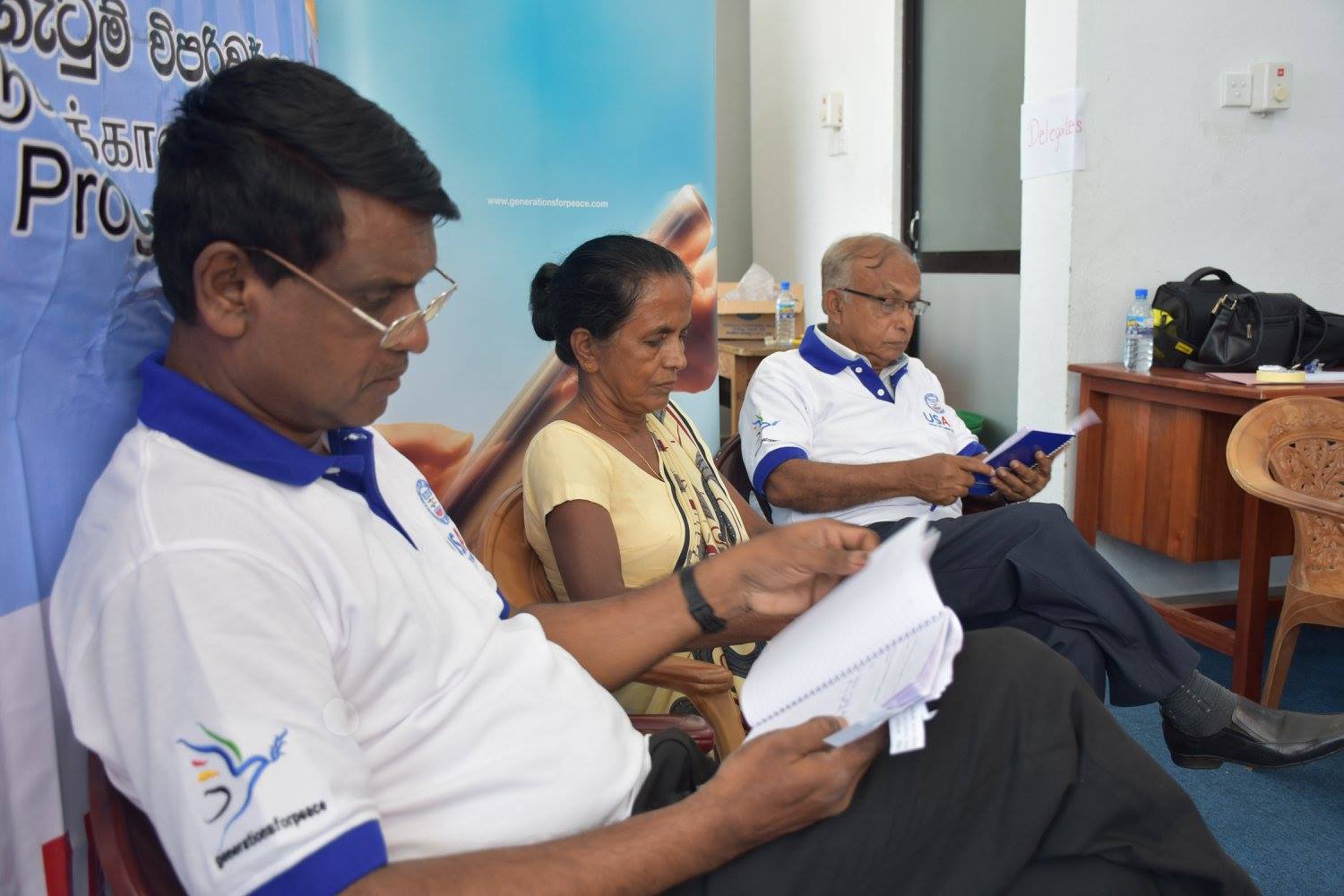 “It is usual the checking of commuters by the security forces at the Wellawatte Bridge check point,” K.S. explains, referring to a checkpoint situated at almost the end of the long journey to Colombo. “Security forces pay more attention to the people with Tamil-shaped faces with a dot on the forehead or wearing Indian saree or salwar. Therefore, most of the Tamil women attempted to imitate Sinhala women.”

However, this did not stop security from looking for ID cards, which many of the Tamil did not have. After making the long journey, many of them would be left just outside Colombo, unable to complete their travels into the city. The Sinhalese security, however, expressed trust in fellow Sinhalese community members, like K.S., who quickly learned that he could advocate on behalf of his Tamil neighbours in order to help them reach the city.

Intervening in the arrest or removal of Tamils from his bus to Colombo, K.S. expressed the following time and time again: “These are the Tamils working in the estates. They are innocent – not Tamil Tigers. They live with many shortcomings, and I know well about them. They came along with me by this bus. Please release them.”

Realising that his position as a community leader and a Singhalese gave him the unique ability to have an impact on those being oppressed due to the war raging in the north, K.S. joined a peace programme funded by USAID as the war continued to progress. He worked there in a youth exchange programme between the North and South, between Singhalese and Tamils, providing a way for them to learn important lessons about one another, about people with various backgrounds, and about the regional differences and the effects of each on the country, as a whole. It was through this programme that K.S. was introduced to Generations For Peace in early 2017, where he continues to work today as a Peace Delegate in his home town of Deniyaya. 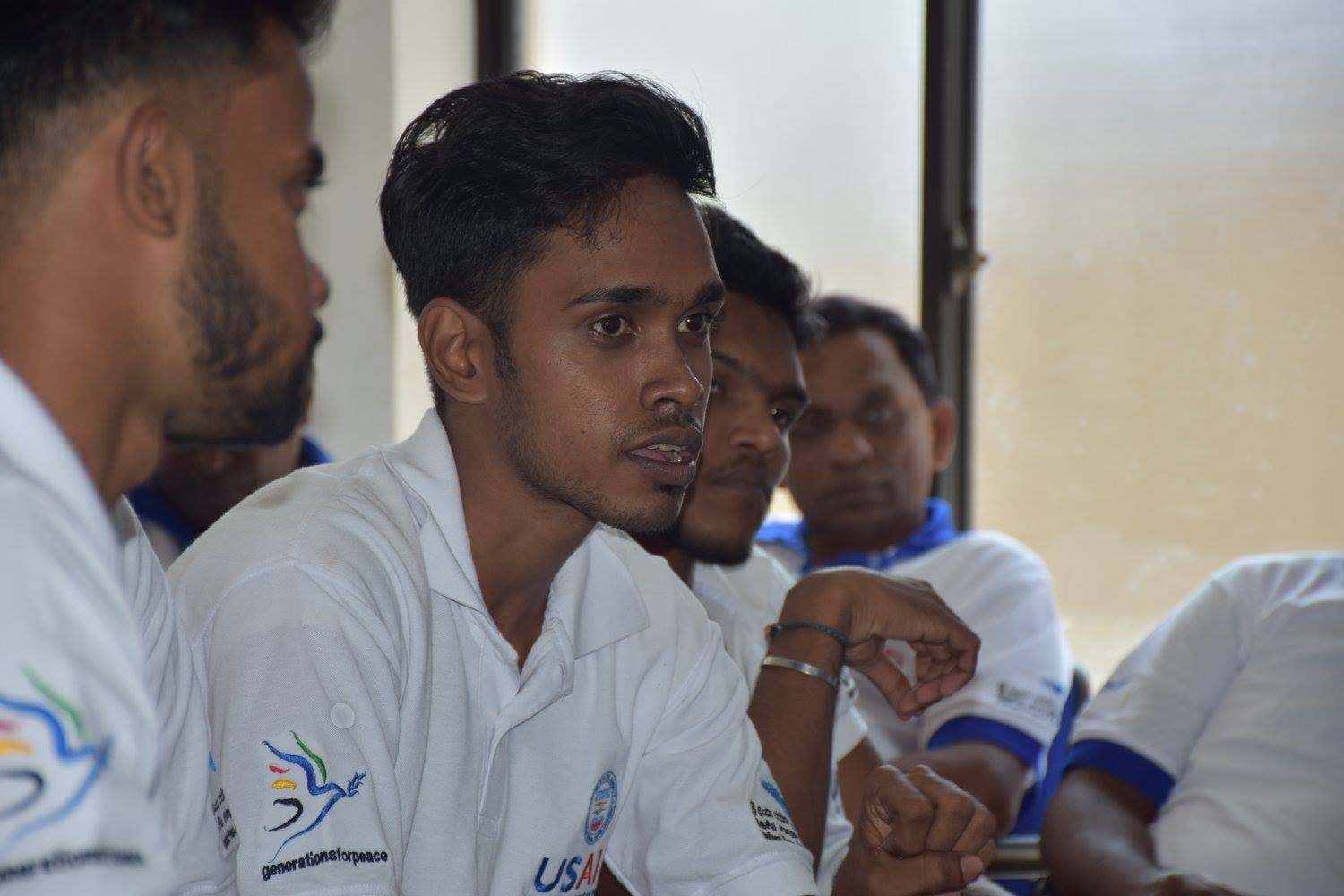 He continues to describe some of his primary motivations that inspire his relentless volunteering efforts. “As a Buddhist, I entirely trust what Lord Buddha preached,” K.S. shares. “He has expressed that all the human beings are equal. That man is superior [based] upon the task he performs, not upon the social status gained by birth. This lesson clears the path for the unity, peace, and reconciliation.”

Undeniably, K.S. Lankathilaka is a man whose actions speak even more loudly than his words. A lifelong advocate of peace, an avid supporter of those oppressed or facing discrimination, and a passionate supporter of a future built on unity – perhaps spurred on by his hopes for the well-being of his wife and two daughters in mind – he has found a way to use his position as a Sinhalese Buddhist leader in his community to bring peace not just to those who view the world from his own perspective, but to all those with whom he comes into contact.