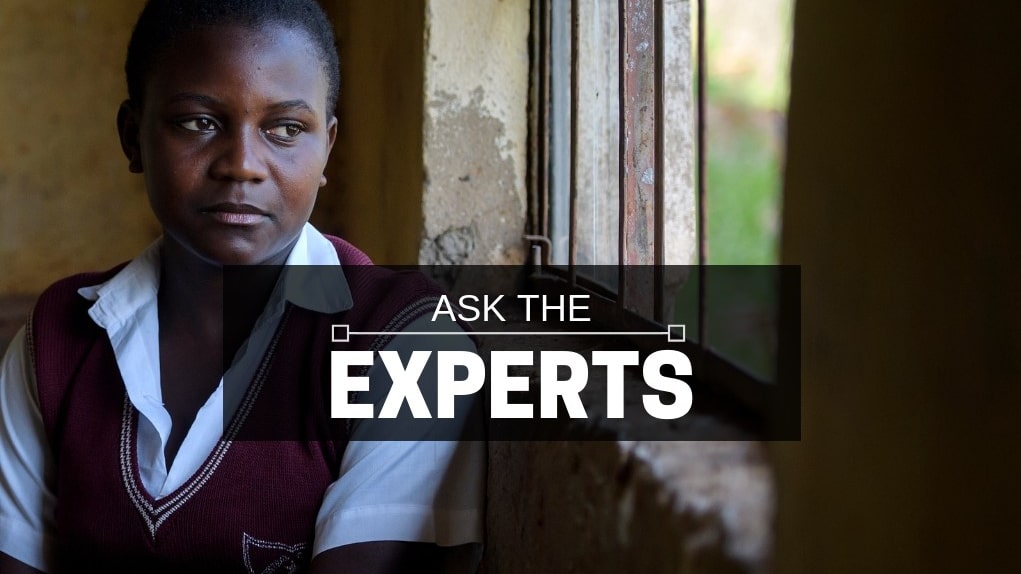 “What do you feel is an example of overlooked discrimination and how might we address it?”

In the fifth post of our “Ask the Experts” blog series, Generations For Peace is joined by 10 leaders from various industries to answer a new question in honour of Zero Discrimination Day.

In the peacebuilding field, overlooked discrimination is hiding in plain sight, and we don’t have to look further than our own organizations. We know that increasing women’s empowerment and more inclusive societal institutions are critical for achieving sustainable peace, justice, and prosperity in every nation; the United States is no exception. Those working in the peacebuilding field have an obligation to the communities we serve, our staff, our supporters, and our donors to ensure that our internal practices align with our external advocacy on gender and inclusion.

The scientific evidence demonstrates that people at risk for violent behavior have acquired this condition in the same way that people acquire other contagious health problems—through exposure.  This health perspective on violence reveals that violence is not symptomatic of “bad people”; rather, it is a negative health outcome resulting from exposure to violence and the influence of modulating factors. This revelation allows us to understand and respond differently to individuals who are often overlooked or face forms of discrimination and can allow for better outcomes for all involved.

Just as we have discovered that it is more effective to treat drug addiction as a health issue than to punish those addicted, it likewise makes much more sense to prevent violent events, provide health-based treatment in the form of behavior change methods, and change norms.

The 2018 Global Progress Study on UNSCR 2250 on Youth, Peace, and Security highlights “the violence of exclusion” of youth from meaningful participation socially, politically, and economically. This discrimination, marginalization, and stigmatisation of youth is made worse by the securitisation of youth policies and includes contagious stereotypes and myths about “youth bulges” and violent extremism. Securing “The Missing Peace” that youth can bring requires their meaningful participation in peacebuilding: a message which echoes the 2017 UN & World Bank “Pathways for Peace” report and UN Secretary-General António Gutteres’ 2018 “Peacebuilding & Sustaining Peace” report.

This is precisely the work of Generations For Peace: supporting youth to lead actions in their own communities to transform local issues of conflict and violence. Youth must be engaged not as a problem to be fixed or threat to be contained, but as sincere partners in development and sustainable peacebuilding, giving them autonomy and agency and unleashing their positive potential.

An example of overlooked discriminations is one based upon class. Poorer families have fewer resources to invest in their children. Poverty can sometimes be hidden, and therefore less likely to be addressed. Cultural stigma also hurts poorer people, such as “if you are poor, you must be lazy.” Instead, poorer people often work in various jobs to make ends meet. When such false beliefs are internalized by poor people, the shame also undermines their change. Societies can address poverty by creating better social safety nets in terms of health and education. Culturally, we need to have more compassion for the struggles that poorer people face in their lives.

Dr. Monika Hauser | Chair of the Board and Founder, Medica Mondiale

War is often carried out on women’s bodies. In this context discrimination of refugee women is overlooked. Not only do they seek refuge from war but also because of sexualised violence. On flight and in receiving countries such as Germany, they again experience abuse and discrimination – by tugs, police officers, or staff of refugee shelters. Despite this ‘continuum of violence,’ most women do not claim gender specific reasons like war-related rape as respective legal advice is rarely available. The consequence: nearly no woman receives a secure residence permit due to experienced violence. These deficiencies in both German and European asylum policies have to be rectified. A highly important first step towards this would be the implementation of the ‘Istanbul Convention’ on combating violence against women.

An example of overlooked discrimination can happen whenever we think, speak, or act in ways that are led by our fears and the belief that because of our nationality, race, ethnicity, place of origin, sex, gender, age, abilities, or economic and social status, we are better than others.

We can begin to challenge all forms of discrimination through dialogue, reflection and education. Starting within our immediate environments as well as reaching out to children and young people. This type of education can foster empathy, solidarity and respect for diversity. It can help grow seeds of inclusion creating a sense of commonality which are powerful tools for removing barriers of hatred and breaking cycles of discrimination and prejudice.

I’m most interested in the polarization that is rising from sentiments of “reverse discrimination” in today’s world. As activists from marginalized groups seek to correct discriminatory policies, systems and cultural practices, we often face a backlash from people who feel excluded and resentful of that activism. I have heard men who would be natural allies to feminist causes say they are starting to feel wary of the #MeToo movement. We have seen how #BlackLivesMatter inflamed a counter-movement of #AllLivesMatter.

As peacebuilders, these fearful sentiments and divisive backlash present an important lesson and opportunities for us to incorporate empathy and restorative approaches to combatting discrimination. PartnersGlobal adheres to cooperative advocacy practices that bring together coalitions and allies that represent multiple perspectives for systemic change.

Many rescued child soldiers face exclusion, discrimination, and stigma. Communities often fear the returning soldiers, and fitting in again is especially challenging for girls, who are often assumed to have experienced sexual violence. Shunned by their communities, they can fall into poverty and isolation. Many choose to return to the violence of militia groups rather than face rejection by family and friends.

From providing business training in Somalia, to supporting the return to education in DRC, our local peacebuilding partners support former child soldiers to go back to school, provide for their families, and feel accepted in their communities. It is vital to respond to their long-term needs, ensuring access to education, psychosocial support and medical care, as well as raising awareness on the importance of reintegration.

When thinking of discrimination, we often think of the extremely visible, racially motivated antics. However, discrimination comprises small micro-aggressions that can subtly affect the way minorities and marginalized groups view themselves and the world around them. This is inherently true for minority students on predominately white campuses. The lack of emphasis on the importance of mutual respect and positive treatment, not just tolerance, of students of color is present on campuses across the country. Racial incidents at universities are many times not “handled” in efforts to show solidarity with minority students’ but rather to ensure the university maintains a positive image in the public eye. The only way to address these issues is to encourage the non-violent vocalization of minority students, rather than silencing them.

One of the most insidious forms of discrimination, often overlooked, occurs within groups—and sometimes inside the minds of individuals—who have been chronically criticized, hated, or otherwise mistreated by others.  Such “internalized” discrimination may sometimes be rationalized through humor or as a benign form of self-deprecation.  For example, centuries of oppression against people with brown or black skin may push someone of that race to boast with a measure of levity that his or her skin tone is lighter than that of others of the same race.  A Jewish person may tell a joke with an anti-Semitic punchline.  Avoiding words and deeds of discrimination against one’s own group is an act of love towards oneself and one’s community.

*Note: to avoid bias, responses are placed in alphabetical order of organisation name