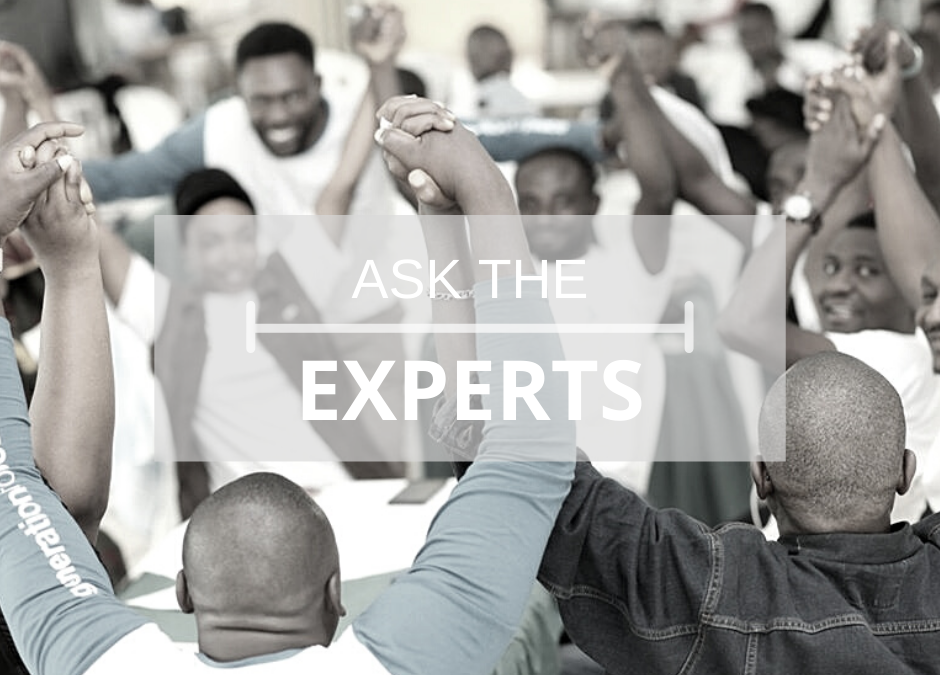 “What has been the impact of the Black Lives Matter (BLM) movement on, and the response of, your peacebuilding organisation?”

In the ninth post of our “Ask the Experts” blog series, Generations For Peace is joined by experts from the world’s leading peacebuilding NGOs to answer a new question in honour of the Black Lives Matter movement which aims at bringing justice, and freedom to Black people across the globe.

As a network of global peacebuilders, it would be hypocritical if the Alliance for Peacebuilding did not address the worsening complex conflict dynamics in the United States. AfP stands with all those demanding justice and human security for Black Americans, and an end to structural racism. The grievances are complex, and the US is in the middle of a global pandemic crisis and is also experiencing significant political polarization. However, there is no peace without justice and there is an urgent need to address the causes of systemic racism including economic, educational, social, and environmental inequality for Black Americans.  AfP and its members are working to mobilise against oppression, and is calling for comprehensive policy responses from law enforcement to education.

Trayvon Martin. George Floyd. Ahmaud Arbery. Breonna Taylor. Tony McDade. Jayne Thompson. Jacob Blake. These names ring out demanding justice across the USA and beyond. #BlackLivesMatter calls us to examine our assumptions, prejudices, and biases on racism and structural injustice in our societies, in our peacebuilding sector,and the neo-colonialist structures of development aid. We need to confront ourselves: to be more aware of the systems of privilege and vulnerability around us, and how our own behaviour may contribute to discrimination and structural injustice, whether by race, ethnicity, religion, nationality, gender, sexual orientation, or disability. As a white man reading about #WhitePrivilege and #WhiteFragility, I am humbled to recognise my own racism and misogyny are both inescapable and inexcusable. But they are things we must overcome. In Generations For Peace we are developing new curriculum content and new programmes focused on this, as well as our Diversity, Equity & Inclusion Committee’s work and team sessions to develop an anti-racist organisational culture.

PartnersGlobal came together in May to discuss what we wanted to say in solidarity with the movement, and our entire team gave input to produce our own statement in support of BLM. While we are a very diverse staff in DC, we have since been in deep discussions about how white privilege plays out in our office and work. Building on the Liberatory Conscious Model developed by Barbara Love, we are committed to starting with our own Awareness of implicit racism, conducting Analysis of how this affects our team and partners, and facing Accountability before jumping to the Actions needed to break down systemic racism. This article by Catherine Pugh was particularly thought-provoking to recognise that this is not the work of our black colleagues.

Anti-Black racism has been a dark stain in the U.S. and around the world. It is deeply imbedded in our structures and systems. As peacebuilders, it is our work to, not only build empathy and understanding between people, but to address the root causes of violence, be it direct, structural, or cultural violence. To build peace, equity, and justice, one must work to shift power, one must honour the dignity of all, and one must centre those voices not being heard. At +Peace, we understand that, in order to dismantle cycles of violence and systems of oppression, we must honour our shared humanity, transform culture, and work to change laws and policies. Together, we will co-create a world where everyone belongs and can show up as fully themselves.

The Black Lives Matter movement has forced the United States to have an honest conversation about structural racism and police brutality disproportionately aimed at Black Americans and people of colour. The movement re-entered the national conversation after the brutal murder of George Floyd by Minneapolis police. The protests spread across the nation and inspired the world to take an honest look at its own injustices and the whitewashing of history. Peace Direct issued a statement of solidarity with the protestors in the US and around the world and joined over 200 organisations to stand against racism and discrimination. Since 2017, Peace Direct has mapped peacebuilding organisations across the US. Currently, Peace Direct is working with The Bail Project, +Peace, Activate Labs, and the Mary Hoch Center for Reconciliation to host a virtual dialogue to hear from those directly impacted by the violence of racism, militarised police, and mass incarceration.

The mission of WCAPS is to increase the voices of women of colour in domestic and foreign policy discussions. We recognise that women are most impacted when there is a lack of peace and yet, we are not at the tables formulating policies that directly affect us and other marginalised groups. The killing of George Floyd opened the eyes of many organisations and individuals to what WCAPS has been pushing for, which is what happens when the voices of those so directly impacted, Black Americans, are silenced. This is not only the case with issues of police brutality, but also of other areas of peace and security where the most vulnerable perceptions of threat are ignored. The work that WCAPS has been doing on redefining national and domestic security is more significant now than ever before.

*Note: to avoid bias, responses are placed in alphabetical order of organisation name.