Beirut Explosion: Restoring Peace in the Middle of a Crisis 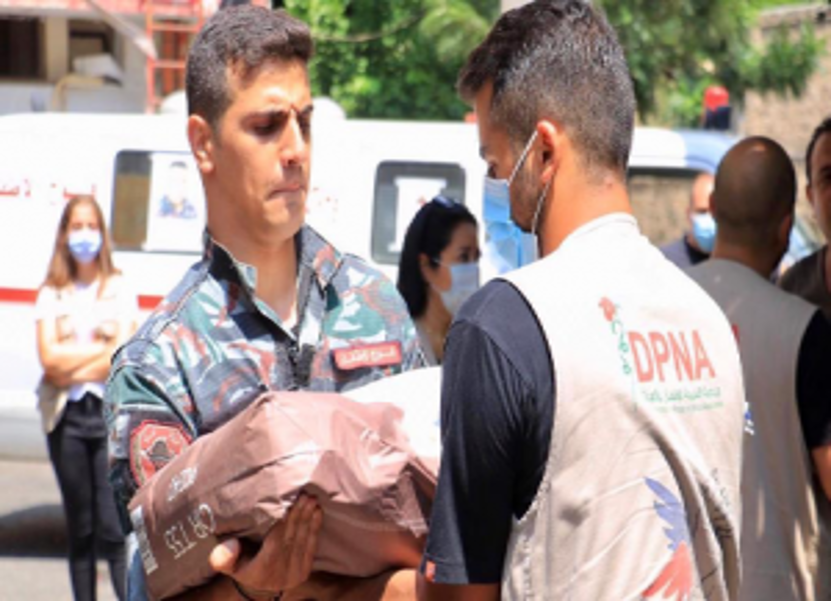 Standing in the middle of Beirut’s streets, Ayman observed the shards of glass piled on the roads, the blood stains on the sidewalks, and the black charcoal covering the buildings that survived the blast. 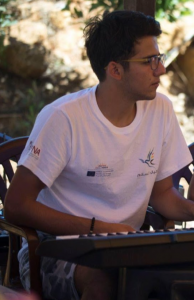 Flashbacks of that ominous day played in Ayman’s head. His eyes were glued to the TV screen as a huge cloud of smoke filled it, followed by a loud sound of an explosion. Ayman’s blood froze that Tuesday evening while watching the horrific news footage which rocked the city and drastically changed the lives of many Lebanese people forever.

On 4 August 2020, a devastating explosion in Beirut port left more than 300,000 people homeless, over 6,500 injured, and at least 200 people killed. Ayman Saoudi who lives in Sidon, a city almost 44KM away from Beirut, was one of the lucky people who were not physically present at the scene on that day, but like many others, his heart bled for his country and the people affected by the disaster.

Ayman snapped back to reality and focused on the task at hand. He was among several groups of passionate volunteers who have been on the ground since day one to support with the recovery efforts for the city.

Ayman has always been active in community work. He joined many initiatives that aimed at improving the living standards for poor families in Sidon, enhancing local facilities and services, and providing advice and training to the youth in his community. Two years ago, Ayman joined Generations For Peace in Lebanon as a volunteer to take part in projects that helped spread the message of peace and empower young people to make a positive change in their local communities.

Despite his young age, Ayman was able to leave a real impact on the lives of many. When he was only 15 years old, he convinced a peer to quit smoking who, three years later, contacted Ayman to thank him and express how happy he was with the decision he made.

So naturally after the explosion, Ayman did not hesitate to go to Beirut and help those whose homes had been destroyed and reduced to rubble. He worked relentlessly with others to clean the streets, repair shattered windows, and collect and distribute food parcels to the needy.

Since the end of 2019, Lebanon has been battling one crisis after the other. The country is currently suffering from an economic crisis, a global pandemic, and now an explosion that shattered the dreams of many. So, it is no surprise that some Lebanese feel leaving the country might be the best option to live a safer life.

The 4 August horrifying scenes are engraved in the memories of the Lebanese people forever; however, Ayman believes, “we the people must maintain hope as it is the only way to restore peace.”