Beyond Differences: Building Trust in Zimbabwe 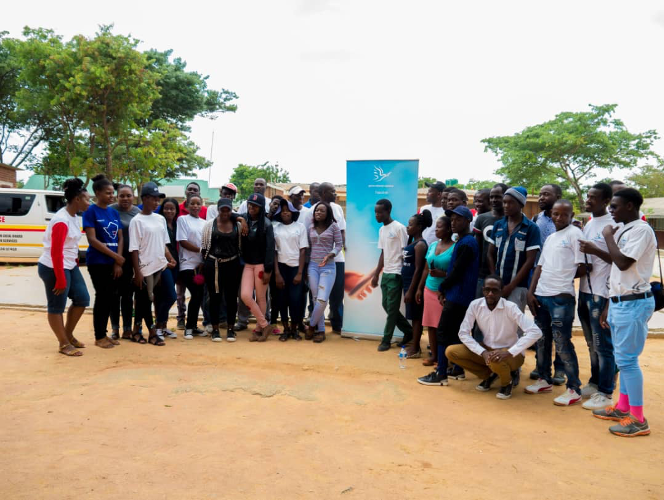 Growing up in the residential town of Epworth in Zimbabwe, Tafadzwa saw violence turn his life upside down. Having lost both of his parents in the violence that occurred during the 2002 presidential elections, 25-year old Tafadzwa has been deeply impacted by the conflicts in his country. “Everything changed when I lost them. The quality of living, the type of school I could go to, but most importantly, my mental health. I did not want to live anymore,” he recalls.

Tafadzwa believes politics is one of the main factors driving conflict in his country. “During the 2008-presidential elections and the following year, people killed each other, and innocents suffered a lot,” he explained.

Since its independence from the British Empire in 1980, Zimbabwe’s history has been marked by continued violence. Most recently, there have been growing tensions between the Zimbabwe African National Union – Patriotic Front (ZANU–PF), the ruling party since Zimbabwe’s independence, and the main opposition party, the Movement for Democratic Change – Tsvangirai (MDC–T). This has resulted in extreme violence between supporters of the two parties, particularly in times of presidential elections, and widespread mistrust and tensions growing amongst the population. 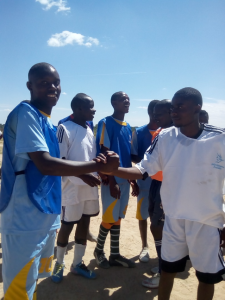 Tafadzwa shakes hands with Gilbert, a fellow participant of the Generations For Peace Sport For Peace Programme

Despite these challenges, Tafadzwa tries to foster tolerance and acceptance in his community. In March 2019, he joined Generations For Peace Sport and Arts for Peace for Youth Programme in Harare, Zimbabwe’s capital. The programmes aim to foster tolerance and understanding amongst youth from different background, ethnicity, social class, and political affiliations in schools and universities. Throughout the programme, Tafadzwa has found himself starting to trust people from other political groups or belief, something he struggled with before. “At first, it was not easy to believe someone from a different political party. It could cause you death because people may think of you as a betrayer,” he explained.

Throughout the sessions, Tafadzwa progressively started letting his guard down, developing meaningful relationships with the other participants that he now calls his friends. One memory he fondly shares is playing “mix and mingle,” an activity requiring all of the programme participants to look into each other’s eyes for one minute before they could start talking to one another. During this activity, Tafadzwa first met Fortunate, a 23-year old volunteer from his hometown. For one minute, the two volunteers looked into each other’s eyes in silence. While he remembers the first seconds as being quite intimidating, he believes this experience allowed the two volunteers to become friends. “In the beginning, Fortunate did not want to talk to me. She was scared because she did not know what my intentions were towards her. She did not think she could trust me. But once we started introducing each other and asked each other questions about our lives, we found out we went to the same school and we realised we were more similar than we originally thought.” Although Fortunate has since moved to South Africa, they regularly keep in touch with one another to this day. 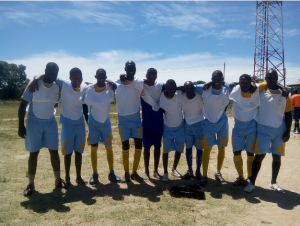 According to Tafadzwa, trust is essential, if not indispensable, to build sustainable peace amongst youth. To him, one can only effectively promote peace and tolerance once they become trusted by people within their own community. With time, Tafadzwa believes that people can unite and overcome their differences.

“At the end, we are all human beings. We should all ought to remove barriers and trust each other. Eventually, we are one and the same family.”

Today, Tafadzwa works as part of the engineering department of Epworth Local Board and tries to foster tolerance and acceptance in all aspects of his life. He regularly invites his colleagues from different backgrounds to play football to encourage meaningful exchanges and foster peaceful relationships. “Promoting peace has now become my duty,” he proudly shares.