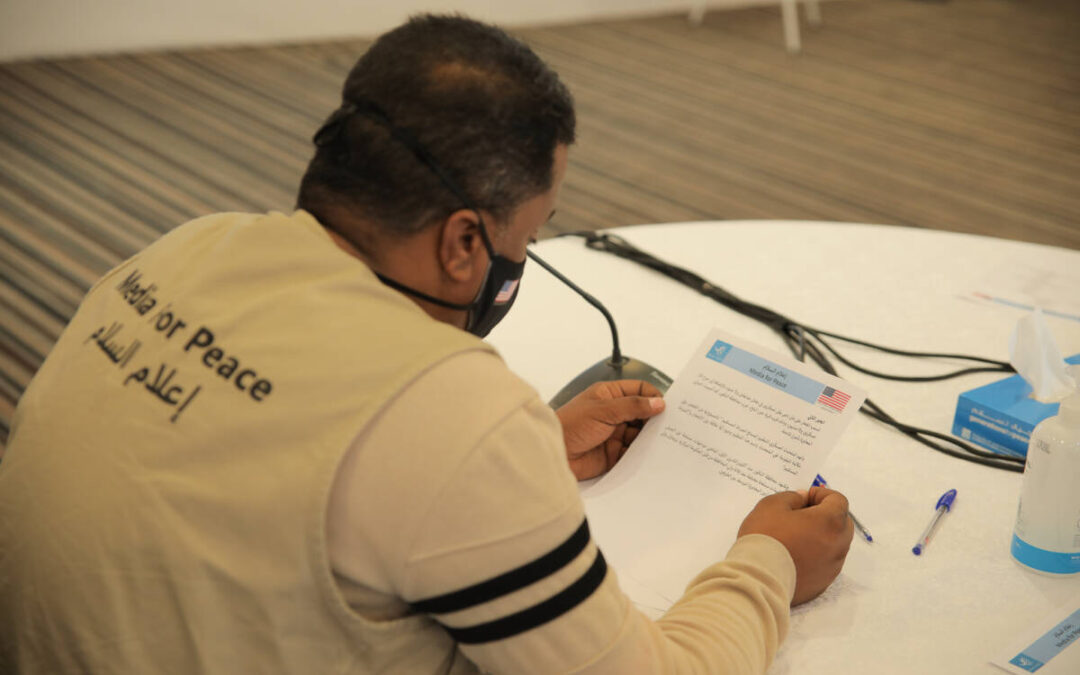 Earlier this year, Generations For Peace in partnership with the US Embassy in Amman, launched its first Media For Peace Programme, with the objective of promoting peacebuilding values that are integral to good media practice and encouraging positive counter narratives that stimulate inclusive dialogue, support peacebuilding efforts, and foster social inclusion and cohesion. This programme advocates for positive media representation, whilst steering away from false information and incitement of drama. The programme concluded with a series of public service announcements (PSAs) that aimed to educate the greater public on these issues. Read on to learn more!

Video #1: Every word has an impact, no matter how small it may be – that is the central message of this video. It introduces how modern-day media outlets mainly highlight violence and drama and the impact this leaves on society and people of all ages. It is estimated that 28.8% of Jordanian news media daily report on violence, war, and disasters, which occurs despite the fact that “positive media” leaves a positive impact on society, as opposed to “negative media,” which increases the amount of negativity amongst communities and viewers of all ages. Positive media coverage is pivotal during a time where mental health has declined amidst the hardships experienced due to the pandemic, and this has only been exacerbated by the fact that 76.9% of violent news coverage only shares information about a tragedy and does not share resources to raise awareness or help impacted communities. This is exactly why Media For Peace was started – to call on the media to prioritise raising awareness and publishing content that can leave a positive impact on its audience, whilst adhering to the ethics of journalism.

Second Video: Media has become intertwined in daily routines; it is almost as if absorbing media is a sixth sense. Media, whether it is positive or negative, affects the behaviour of its consumer. For example, positive stories can leave the audience in a happier mood, whereas reading a negative piece on a tragedy, disaster, etc., can worsen the current mood of the reader; the type of media content we absorb can subconsciously affect us. That is why Media For Peace aims to promote positive content that is conducive to peacebuilding.

Third Video: To emphasise the mission of Media For Peace, programme participants held a social experiment to compare and contrast the reactions of their peers to different media reports and hear their opinions regarding what should be reported in the media. At first, participants watch a very graphic video and share how they felt fear, sadness, and pain, commenting that these images and videos should not be shown in the media, as many people are highly sensitive to scenes of tragedy. Moreover, they share that the scenes in the video will replay in the back of their minds as they continue going on with their day. The participants then watch a lighter video, which leaves them smiling and laughing, sharing that the video has the potential to positively change their society and leave them feeling more optimistic for the rest of the day. The participants of the social experiment did not realise the importance of the types of media content prior to this experience, but now, they understand the need for positive media.

Media has become part of everyday life and is here to stay. We must use the power of the media to spread positivity and combat hate speech, misinformation, and violent extremism. When we achieve this, media can then be effectively used as a means to further peacebuilding efforts around the world.