Claiming the Right to an Education in Uganda 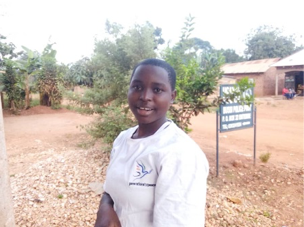 By Amelia O’Brien, Communications Intern at Generations For Peace

Growing up in the Wakiso district of Uganda, Nampamba Winnie depended on her father in order to obtain her education. However, with one sister and ten half siblings, the resources for consistent schooling were hard to obtain. While the Ugandan government guarantees all children a primary education, families often lack the resources to buy academic materials, leaving many girls, including Nampamba, to fight for their right to an education.

In 1997, the Ugandan government implemented Universal Primary Education, guaranteeing seven years of primary education to every child. Despite the government pledging to cover the costs of this schooling, parents are still required to pay for school supplies, clothing, and classroom labour. As of 2014, girls and boys have a similar primary school level, but gaps in performance, classroom engagement, access to facilities, and secondary school enrolment continue to persist.

Despite the educational opportunity, many girls are forced to work to contribute to their families’ income or are married early in order for their families to receive their dowry. Schools unequipped with proper sanitary and privacy facilities for girls combine with persisting gender roles that expect girls to perform the majority of domestic work and at times actively discourage girls from going to school create persistent barriers to all levels of girls’ education. 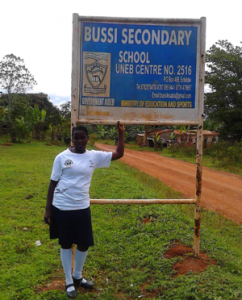 Figure 1 Nampamba at her Secondary School in Uganda.

Nampamba is a first-hand witness to some of these issues. If there is not enough money and resources for all of her siblings, Nampamba will be one of the first asked to go home to allow the boys to continue their schooling. Even if her school fees are paid, Nampamba does not always have access to basic school supplies, such as books, pens, easily accessible transportation to and from school, and now, during final exams and Uganda’s rain season, no rain coat.

In addition to the economic barriers, Nampamba faces issues of bullying while she is in school. Boys frequently chase her when she is trying to study and won’t let her sit with them.

Despite these challenges, Nampamba is determined to continue her education. She loves her studies, and has aspired to become a doctor since her fourth year of primary school. Now, at age 17 and in her fourth year of secondary school, Nampamba has not let that dream out of her sight, and after high school, she plans on entering University to earn her bachelor’s degree in medicine and surgery.

Nampamba has been involved in debate, music, dance, and drama during her time involved with Arts For Peace Programme. Since GFP came to her community, Nampamba has seen changes in attitudes about the equality of boys and girls, a decrease of violence in schools, families, and the community, and an increase of girls who have access to education.

Since joining GFP, Nampamba’s confidence has grown, as she has benefitted herself from GFP’s promotion of gender equality, and she prides herself in being able to help speak for those who cannot necessarily speak for themselves within her community. She credits GFP’s Arts For Peace Programme in helping her community make progress against gender-based violence within the student population.

Nampamba herself has played an active role in the fight against gender-based violence in her community. She recalls a time in her school when some boys were bullying one of her friends because she was on her menstrual cycle. Nampamba used her newly-gained confidence to deescalate the situation and prevent further bullying on the subject. On a broader scale in her community, Nampamba discusses the effects of gender-based violence and how to combat it at village meetings with members from her community.

In the future, Nampamba hopes to teach her community on a wider scale about gender-based violence and to advocate for girls’ education using the skills she has learned from GFP. In addition to her goal of becoming a doctor, Nampamba hopes to be able to write in magazines and brochures for her community on how to effectively combat gender-based violence and the importance of girls’ education. While these plans, like her schooling, are contingent on the financial assistance she is able to obtain, Nampamba is dedicated to continue fighting for her and her classmates right to have a place in Uganda’s education system, free from violence.