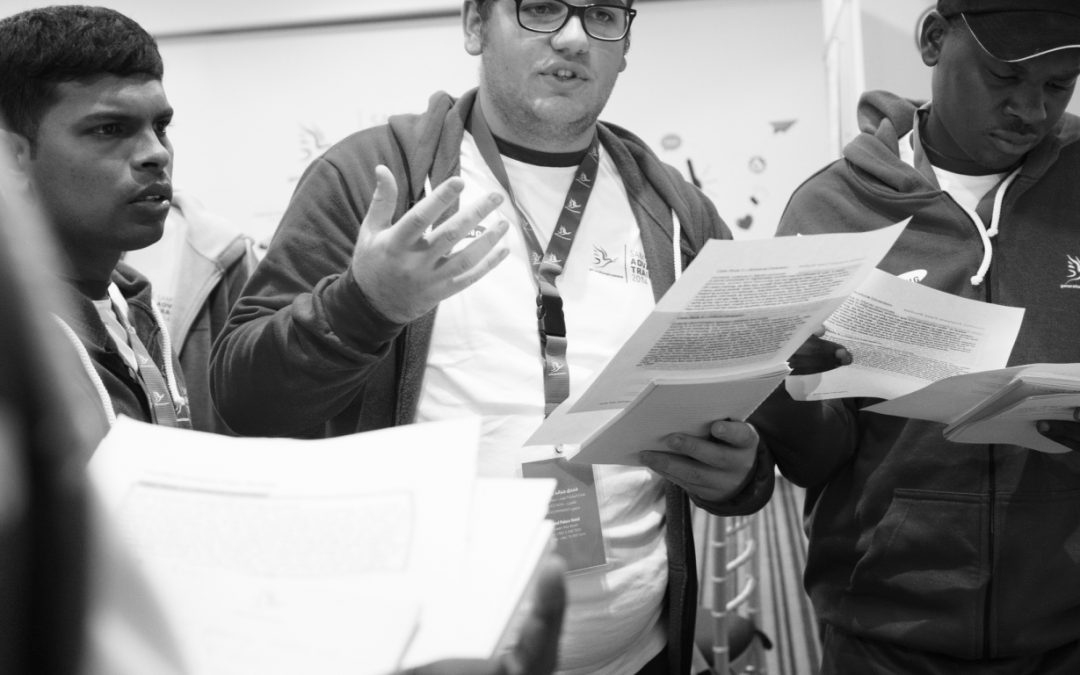 Today is the 2nd day of the Generations For Peace Samsung Advanced Training 2014 in Amman, Jordan. Through this Training 33 GFP volunteers from 11 different countries will be better equipped to address local conflicts and conduct peace-building programmes.

A crucial aspect of peace building is conflict analysis. Undoubtedly, it is important to identify and analyse the main actors in a conflict, their positions, and their interests. This will in turn improve the prospects of reaching sustainable conflict transformations. Consequently, conflict analysis was one of the most sought after elements for the 2014 Advanced Training. But what is it? What are the benefits, aside from increased understanding of the conflict itself? Conflict analysis is the process of investigating and critically examining a particular conflict to understand the causes, context, actors, stakeholders, and other factors affecting the conflict. Essentially, you need to learn more about several aspects of the conflict before deciding what to focus on.

As such, conflict analysis involves careful studying of the conflict, including mapping of, and interactions with, the different actors. To put it simply: what is happening (before any intervention takes place), and why this is the case. What are the benefits? Often, people attempt to address a conflict before understanding it. The results are therefore often less than positive. Actually, if a conflict is not properly analysed before an attempt to address it is made, the conflict can remain unchanged or even escalate. A carefully conducted conflict analysis prevents this from happening.

During the course of the day, the GFP Pioneers were presented historical examples of what could happen when conflict analysis is not carried out. These included examples at the international level, such as the failure to anticipate the Holocaust, and at the community level, such as the initially misdirected Kumvana Programme across Africa. Following this, the Pioneers were also asked to analyse a set of fictional conflict scenarios while working in groups. Each group then delivered a short presentation of each scenario. After this, they were asked to complete several tasks on conflict analysis based on their specific community-based conflicts. The ensuing discussion helped to unpack common themes and differences in various types of conflict. All in all, the focus of today’s sessions at the Advanced Training 2014 helped to reaffirm the importance of conflict analysis in addressing conflicts on the community level in particular. By highlighting the importance of conflict analysis, we hope that our Pioneers are better equipped to tackle conflicts in their local communities.

Want to learn more about what our Pioneers are doing at Advanced Training or GFP in general? Keep checking out our blog and social media channels.