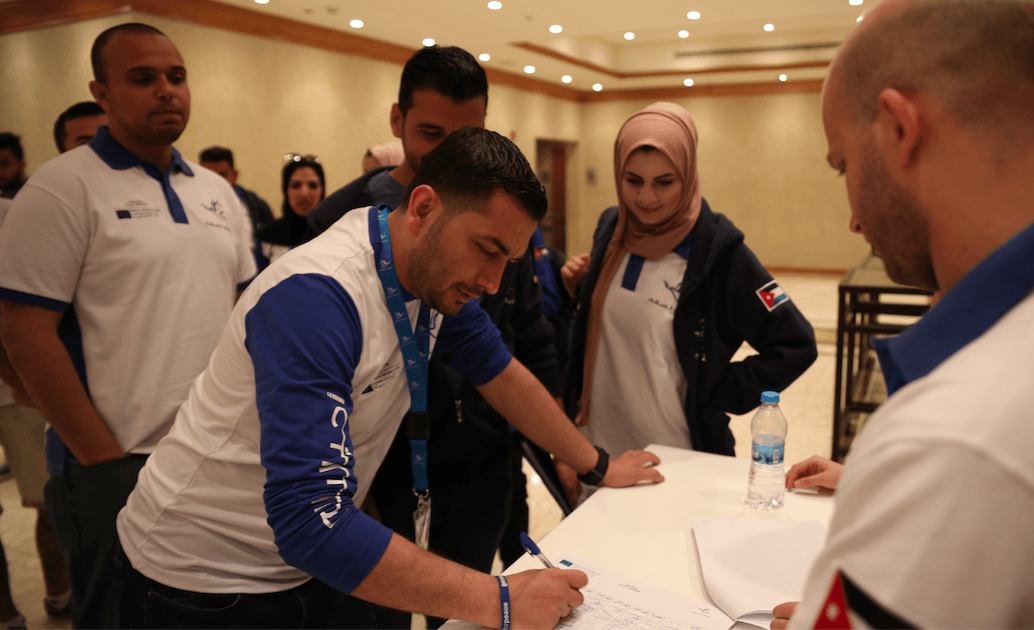 27 Mar. 2018 – Amman/Jordan: A group of leading aid agencies responding to the Syria Crisis have launched a two-year project to ease tensions among refugees and communities in neighbouring countries, with funding from the European Union.

The ‘Youth Resolve’ project will see new grassroots programmes launched in Jordan, Lebanon, and Iraq. They aim to empower young people across the region and reduce the risk of radicalisation with job skills training, education, and new community clubs and committees to bring young people from different backgrounds together.

The projects – run by CAFOD and Caritas Lebanon, Generations For Peace, Islamic Relief, Questscope and World Vision – are supported by the European Union’s Regional Trust Fund known as the ‘Madad’ Fund.

Alexis Adam de Matharel, who heads up the Youth Resolve consortium, said: “Young people often flee violence in Syria, only to find new types of social conflict and troubles in their new country.

“An influx of so many millions of refugees has caused huge strain not only on infrastructure, but it has also fractured many parts of society with tensions boiling over.

“A huge amount is being done to tackle the immediate physical needs of refugees – but the social and emotional needs are often overlooked.

“The aid agencies involved in this new project have years of grassroots experience in tackling these issues, and we’re setting out to make a tangible difference to young people’s lives by addressing root causes rather than symptoms.”

Michael Kӧhler, Director for the Neighbourhood South at the European Commission’s DG NEAR, stated: “With this programme we bring together both refugees and youth from host communities in new community clubs and committees in Jordan, Lebanon and Iraq. They will receive job skills training and education. Thus, a new generation of girls and boys will learn how to constructively engage with each other and obtain important tools to become masters of their own future.”

Young people aged from nine to 25 will get involved in the projects across the three countries, reaching more than 100,000 people. 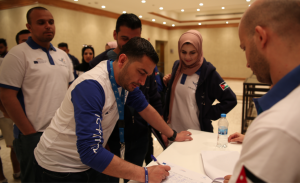 In Jordan, Generations For Peace, Questscope and World Vision will provide a range of programmes including remedial classes, informal education, livelihoods, and working to support young people, including those in contact with the criminal justice system. Community-based organisations will play a role in social cohesion and promoting positive relationships. Family counselling programmes and psychosocial and education support will also be provided.

Dr Mohanned Al-Arabiat, President of Generations For Peace, said: “Building on Generations For Peace’s 10 years of experience of youth-led conflict transformation around the world, the Youth RESOLVE initiative is a wonderful opportunity to work with our respected partners to engage youth more holistically, to strengthen resilience and social cohesion, reducing violence and vulnerability to extremism, in communities in Jordan and Lebanon facing enormous pressures amidst the Syrian Refugee situation.”

Steffen Schwarz, Head of World Vision Jordan, said: “Young people’s futures hinge on the education they receive right now. Schools in Syria may have been physically destroyed during the war, but we can’t allow students’ dream of an education to be shattered too. Our Youth RESOLVE programmes allow young people to catch up on lost ground, giving them the best chances in life.”

In Lebanon, CAFOD and Caritas Lebanon, Islamic Relief, Generations For Peace and World Vision will focus on education, life skills, child protection, and social stability including youth clubs and committees as well as peacebuilding activities.

Hombeline Dulière, CAFOD’s Youth Resolve Project Manager, said: “Despite facing the horrors of war, and against a backdrop of challenges, young Syrian refugees in Lebanon refuse to be downhearted. This project will harness their resilience and energy, and support them to flourish in their host communities alongside their peers – Lebanese young people.

“CAFOD has a strong and long history of working on peace building with young people and diverse communities. Working with our local partner, Caritas Lebanon – who have knowledge and expertise of youth social work – together we will be supporting young Lebanese and Syrian people to build a positive and strong future.”

In the Kurdish Region of Iraq, World Vision and Islamic Relief will focus on economic services, such as market-responsive vocational training, apprenticeship, self-employment, and support services tailored to provide cohesive and constructive alternatives to earn income and improve access to the labour market.

The European Union’s Madad Fund provides 12.8 million Euros or 95% of the total project costs for two years, with the remaining 5% contributed by CAFOD, Islamic Relief Worldwide, and World Vision.

About the EU Regional Trust Fund in Response to the Syrian Crisis:

The EU Regional Trust Fund is one of Europe’s key instruments for delivering on its €3 billion pledge at the London conference on supporting Syria and the region. With contributions from 22 EU member states, amounting to over 105 million, and contributions from various EU budget instruments, as well as Turkey, the fund has reached a total volume of € 1.4 billion to date. Projects focusing on education, livelihoods, healthcare, water and waste-water infrastructure have already been approved, covering a total of €1.213 billion. Some € 877 million have been contracted to the Trust Fund’s partners on the ground.