Facilitation – Not as Easy as It Seems! 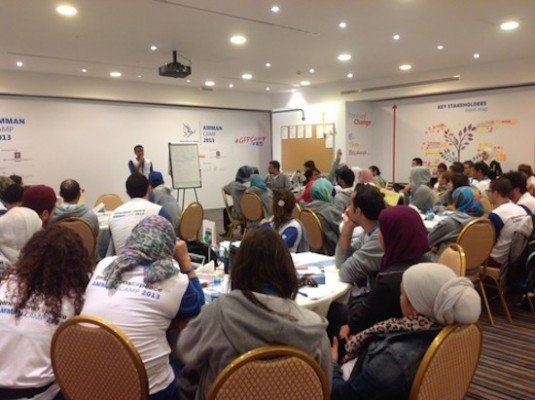 Day 7 commenced with the session, “Facilitating Your Programme” which began with an emphasis on the the difference between lecturing and facilitation. To this end Pioneer Facilitator Hana’ stated, “Facilitation is not about putting ideas into someone’s head, it is about drawing the ideas out!”

After a short presentation, the Delegates were asked to take on the role of facilitator. They first came together in small groups to discuss their assigned topics which included:

How do you deal with difficult people?

Risks when dealing with stakeholders

The use of the jigsaw, storytelling and fishbowl methods

After which they were expected to present their topic by way of facilitation. After their five minute sessions, the group was asked to give collective feedback – to discuss what worked and what did not. Not only did this exercise allow the Delegates to practice facilitation, it gave them an insight into how hard the Pioneer Facilitators have to work to impart information and retain their attention.

The Pioneer Facilitators work hard, don’t forget to thank them!