Forging Hope and Progress | Volunteering in Lebanon Amidst Crises 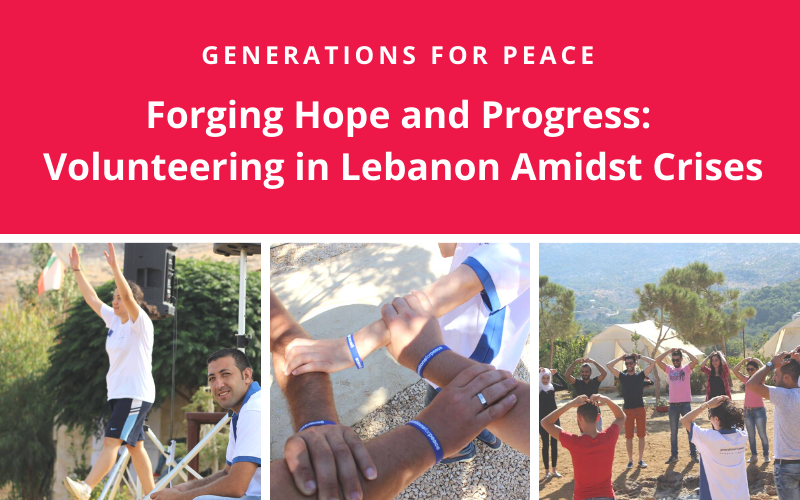 Throughout the last three years, Lebanon has experienced a multitude of issues that have left people in emotional turmoil. From the October 2019 Revolution following multiple civil protests against sectarian rule and proposed tax increases to the August 2020 Beirut explosion amidst the coronavirus pandemic, many feel hopeless for the future of Lebanon, whilst very few believe that Lebanon will ever recover. Two avid youth volunteers from Lebanon shared their experience working with Generations For Peace and its local partner, Development for Peace and Nature Association (DPNA) during these events and how despite the mental and physical hardships, nothing has stopped them from wanting to lead positive change in their community. 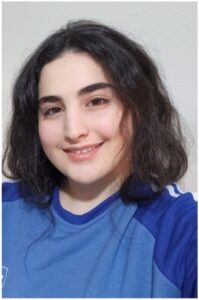 Our first interviewee was Dana Salameh, an avid 18-year-old volunteer who resides in Sidon but is originally from Jezzine. “I started working with DPNA in 2015, and through DPNA, I was later introduced to GFP. One of the first activities I was involved in was a programme called ‘World Youth Alliance’ that focused on culture, human rights, international law, and solidarity. Individuals must read their charter, train for nine months, then take an exam to become a certified member. If you scored above 95% you became a certified member. I got 98%, so now I am working towards becoming a certified trainer and trying to organise training for youth from different schools.” She has also been involved in Model United Nations, discussed topics related to violence against women and human rights, and participated in a public speaking competition, ranking second place amongst Sidon schools.

Dana was eager to share how volunteers had to reconstruct their methods amidst the pandemic, the effect the Beirut explosion had on everyone, and how the economic and political crises in Lebanon impacted volunteers and youth.

Question: How did the explosion affect your country?

Dana: “Everybody was affected by it. You could hear the explosion from Jezzine (70km away). It was a destructive explosion, both physically and psychologically. I was not in Beirut, but my father was. When I heard the explosion and the news reports, I immediately called my father to make sure he was safe. By that point, thankfully, he was out of Beirut. Then, I contacted my friends in Beirut and found out one had actually been injured. It was really a difficult time; I couldn’t sleep for two days after it. It continued to affect me as time went on; to give some perspective, in the winter, it’s stormy and windy here. The first time it rained in the winter and a harsh storm came, I immediately thought it was an explosion, and my parents had to assure me that it was just a storm. The physiological impact of the explosion on our people was truly widespread.”

Question: How did you get involved and help your community after the explosion?

Dana: “Two days after the explosion, we began going to Beirut to help clean the streets and help people clean their houses since everything was destroyed. Nothing was as it was; everything was turned upside down. Everybody’s faces reflected the devastation caused by the explosion; they were shocked even a week after. I joined DPNA’s campaign to help Beirut and started distributing kits, clothes, and food to those in need. We also helped people get in touch with therapists, cleaned local communities, and fixed simple things like doors and windows, because people still needed to sleep in their homes.”

Question: What was volunteering like at the start of the pandemic?

Dana: “We couldn’t leave our houses, except to go to the supermarket, pharmacy, or work (but only if you worked at a hospital or with an NGO). Working amidst the pandemic was tricky because we could not contact all the volunteers face-to-face. Whilst we tried to communicate with people online, not everyone in Lebanon has an internet connection (or a phone) nor was able to be contacted online. However, we preserved amongst ourselves to get our work done.” 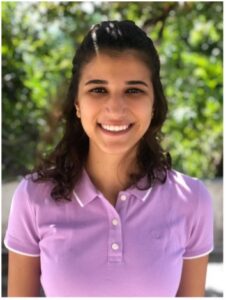 Our second interviewee, Ghida Khalifeh, is a 19-year-old, second-year university student studying Biology and Psychology who is involved in similar volunteer work. She is currently focused on providing psychosocial therapy for youth (ages 12-18) who were impacted by the explosion.

Question: What measures were taken to safely volunteer after the explosion?

Ghida: “After the explosion, all volunteers had to wear two masks and a face shield when going to Beirut. The first few weeks we focused on cleaning the streets, then we began rebuilding houses and replacing the shattered windows and doors. When the physical damage had subsided a bit, we realised the emotional and psychological impacts of the blast and started a psychosocial therapy project. To carry out this project safely, we took many safety precautions, including dividing participants into groups to limit gatherings of large numbers, ensuring everyone wore masks, and distributing masks and hygiene products (because we realised that some may not be truly aware of the pandemic’s severity or may be struggling financially). At the end of our session, we gave out hygiene and school kits to the participants and their families.”

Ghida then explained the current political climate of Lebanon and how the weakened economy has impacted youth, to the point that nearly all Lebanese youth wanted to leave Lebanon.

Question: How has the economic crisis of Lebanon affected you personally?

Ghida: “It has been over a year now that we’ve been dealing with the inflation issues, and our currency continues deflating. The minimum wage in 2019 was $460 per month, now it’s dropped to $72 per month. Most Lebanese people cannot afford basic necessities, and many are struggling. I manage to volunteer and help those in need, but many youth in Lebanon do not want to stay. In fact, 77% of Lebanese youth reported that they wanted to migrate. But I still love my country, that’s why I volunteer. I can see the situation in my country change for the better.”

Whilst both volunteers had much to say about the pandemic, explosion, and the challenges Lebanon is facing, they each shared a common theme: appreciation. Despite the conditions in their country, Dana and Ghida appreciate being able to help vulnerable communities and be beacons of hope and progress. At the end of the interview, Dana shared a quote that we hope resonates with our readers: “Because of my experience as a volunteer, I can say that everybody is human and should be accepted. Everybody should have rights, be loved, be understood, and live in an accepting community and environment. Everybody has a right to live in decent conditions. Nobody should be excluded.”