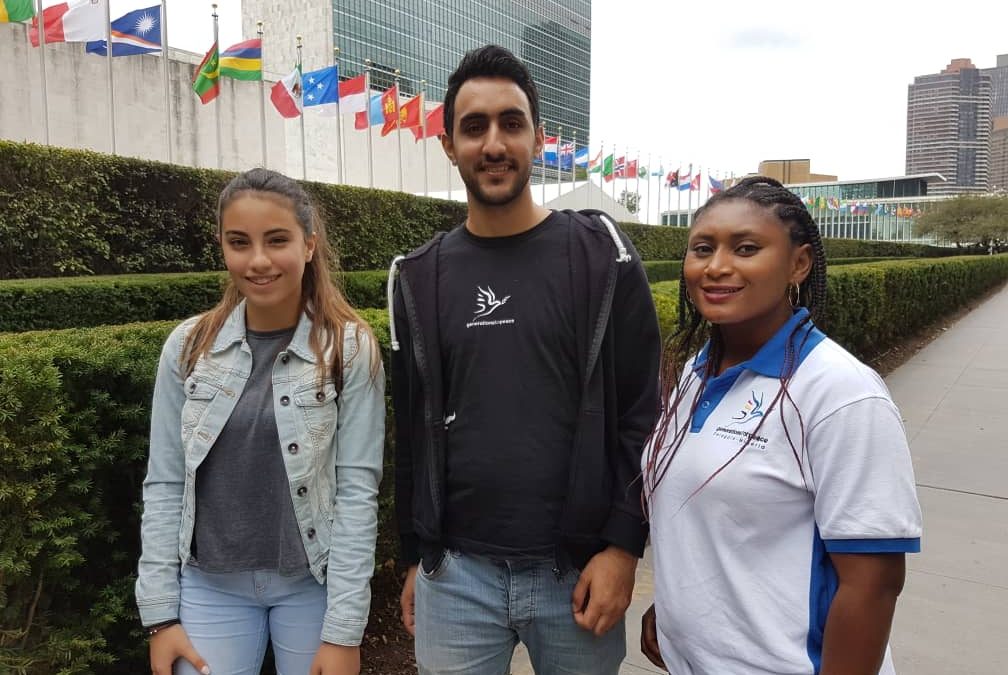 The organisations welcomed representatives from multiple industries and to reframe the narratives surrounding peace and peacebuilding.

25 September 2018 – Amman/Jordan: Generations For Peace joined PartnersGlobal, Alliance for Peacebuilding, MBC Al Amal (the CSR arm of MBC Group), and Platinum Records in hosting an array of global organisations at a “Narratives For Peace” event. Held on 21 September – International Day of Peace – at SAP Innovation Hub in New York, the evening maintained a global perspective with a strong focus on youth, recognising the pressing need to reframe the narrative of how we talk about peace and peacebuilding while addressing the ways in which they can be made more compelling and relevant to the general public.

Representatives from organisations in both non-profit and private sectors, with emphases on a range of industries – including Entertainment, Marketing, Media, the Arts, Peacebuilding, and more – spent the evening together in an effort to expand the conversation of building peace to include a more diverse range of active participants. The two-hour event gave those present that opportunity to engage with industry leaders in an energetic, dynamic, and creative setting, allowing valuable and potentially untapped perspectives on peace and peacebuilding in local and global contexts.

In alignment with the event’s focus on youth, the “Narratives For Peace” event also debuted an original song by 15-year-old rising Lebanese pop star Lynn Hayek. Accompanied by a Platinum Records music video depicting youth engaged in Generations For Peace programming, the song describes the power of unity in building hope for a peaceful future.

Generations For Peace President Dr. Mohanned Al Arabiat said, “Peace and peacebuilding are at the core of the vision and mission of Generations For Peace. The grassroots focus we take provides the perfect opportunity to reframe the narratives surrounding both, allowing us to share stories directly from the voices within communities around the globe experiencing positive change that promotes, moves toward, and builds sustainable peace. Working together across sectors and throughout various industries in local and international settings to bring youth to the centre of those conversations and keep them at the heart of these narratives ensures that the peace built today will be passed on from one generation to the next.”

On his part, Mazen Hayek, official spokesperson of MBC Group, stressed the responsibly of leading media organisations in instilling the culture of hope in future generations – via quality media content that can inspire and create change. This can be particularly achieved through narratives that resonate with the minds of youth in the region.

“One of the best recent examples of this is what Lynn Hayek achieved on ‘The Voice Kids Ahla Sawt’ two years ago,” he said. “Aged twelve at the time, the Lebanese contestant won the first season of the programme despite having no musical training whatsoever.

“Her appearance united her generation, offering a message of peace and hope to those her age and younger. Meanwhile, other programs like ‘Arab Idol’ [which feature contestants from all over the Arab region] show stories of those who have overcome struggles to get where they are today.

“With such bright models of success thanks to qualitative media content, we can change narratives in our societies, demonstrating that unity, peace coexistence, tolerance and love is indeed possible.”

Julia Roig, President of PartnersGlobal said, “It is imperative that we improve the ways we frame the narrative of “peace” so that we can effectively bring in more allies to support peacebuilding agenda. In doing so, we can create a groundswell of peace-loving citizens and organizations around the world that not only believe in peacebuilding, but also work together to achieve it.” She added, “The International Day of Peace invites us to reflect on the many ways to enhance the values of peacebuilding within a broader sector of society  – amplifying compelling narratives through our diverse voices is one important step we can take in this direction.”

The Narratives For Peace event was held during the ongoing United Nations General Assembly’s 73rd Session in New York, which runs through 27 September. The 73rd Session emphasises similar elements of a youth-centric role in the efforts to achieve sustainable peace, following the publishing of the progress study of 2015’s UNSCR Resolution 2250 on Youth, Peace, and Security this July.