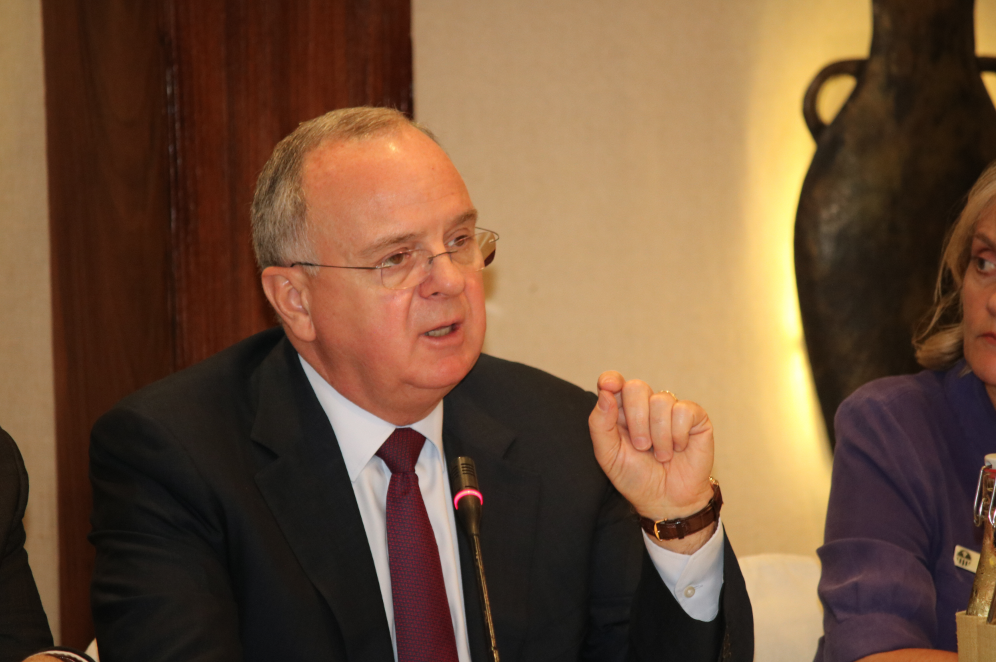 The event hosted a variety of experts and young entrepreneurs in an effort to spark a dialogue about the future for youth in the Levant.

21 October 2018 – Amman/Jordan: Generations For Peace attended a Wilton Park event on Youth Unemployment in the Levant as one of 50 expert voices gathered to address the employment challenges currently facing young people in the Levant region. Held from 16-18 October, the event is part of the “Wilton Park Youth Dialogues: Powering the Future” series, which focuses on young people and aims to generate a positive and action-oriented discussion surrounding their future. In a region with the highest youth unemployment rate in the world—standing in Jordan, for example, at 24% for males and 47% for females—the series looks at youth ambitions and opportunities in relation to employment, education, security, and peace.

Jordanian Minister for Labour H.E. Samir Murad addressed participants, discussing the barriers to employment currently facing young people in the Levant. He spoke alongside young entrepreneurs and business owners from the region as they sought solutions to the youth unemployment crisis.

The event provided a platform for young people to create a dialogue and suggest solutions to the crisis while investigating ways for governments in the region to respond to the challenges they face. Generations For Peace joined local and international NGOs, senior policy makers, academics, government officials, and international organisations in attending the event.

The conference marked the fifth event in the Wilton Park Youth Dialogues series, falling directly before the UK-Jordan Summit in London in 2019, which is being organised by the U.K. Department for International Development (DFID) following an agreement between H.M. King Abdullah II of Jordan and U.K. Prime Minister Theresa May. The summit will rally the international community and private sector around creating quality jobs for Jordanians, particularly young people and women.

Generations For Peace President Dr. Mohanned Al Arabiat said, “The Wilton Park Youth Dialogue Series, and this event in particular, provides a tremendous opportunity for leaders from a variety of industries and sectors to come together and engage in horizontal learning, sharing ideas about both youth and their future in Jordan and the Levant. Generations For Peace is honoured to not only learn from experts in a range of fields, but also to share with them its extensive experience working to empower youth in Jordan and around the world to be the leaders of tomorrow, engaging in peacebuilding and conflict transformation that pave the way for increased opportunities for this generation and those to come.”

Alison Hilliard, Programme Director at Wilton Park, said, “Youth employment is one of the most pressing global challenges of our time. Responding to this challenge is critical in the Levant where over 60% of the population is under thirty and where long term stability, prosperity and peace depends on young people and securing their future.”

This event was organised by Wilton Park in partnership with Mercy Corps, the Asfari Foundation, with support from the West Asia – North Africa (WANA) Institute, the Institute of Development Studies, and the UK Department for International Development (DFID).