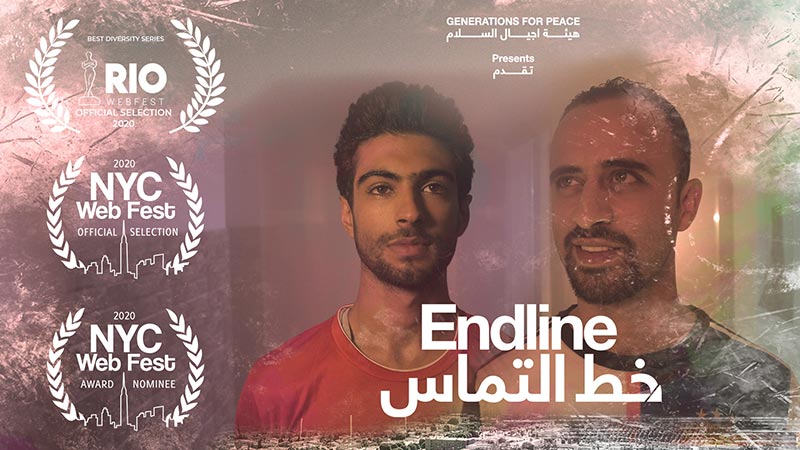 Both the NYC Web Fest and Rio WebFest are distinguished international web festivals that bring together diverse pieces of work and draw in an audience from across the globe to highlight “the best of the web.” The nominations by these international web festivals confirm the importance of creativity and using non-traditional peacebuilding tools to Generations For Peace’s work in order to reach a wider audience and share positive narratives and stories of hope.

The series, which was produced entirely by Generations For Peace and supported generously by the European Union Madad Trust Fund, aims to raise awareness of the various issues and problems that have resulted within Jordanian host communities as a result of the Syrian Refugee Crisis.

Throughout the 10-episode original web fiction series, “Endline” highlights the hopes, dreams, and challenges shared by young Jordanian and Syrian refugee youth in Jordan. The series was created to complement the European Union funded Youth RESOLVE programme implemented by Generations For Peace in Jordan and Lebanon. As part of this programme, Generations For Peace uses Advocacy For Peace as well as Dialogue For Peace activities to bridge the gap between Syrian Refugees and Jordanian host communities by promoting social cohesion, tolerance, and acceptance.