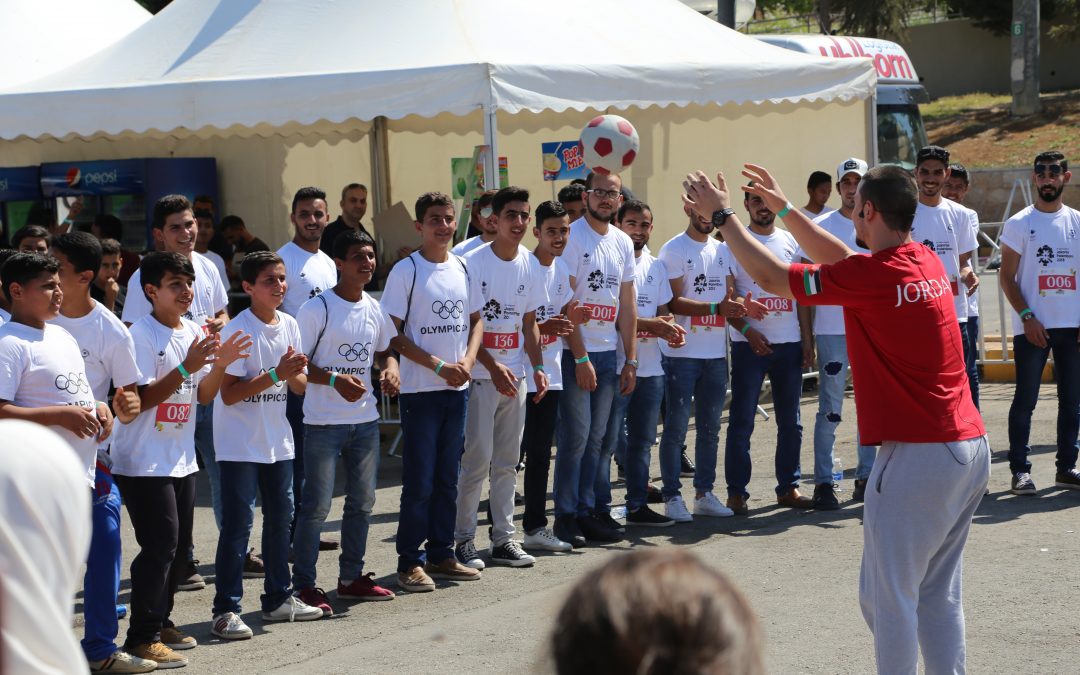 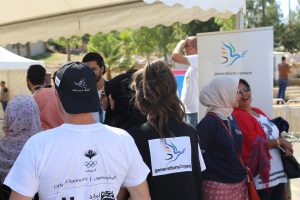 Over 300 Generations For Peace Programme participants attended the celebration, hosted by the Jordan Olympic Committee

9 July 2018 – Amman/Jordan: Generations For Peace joined its partners, the Jordan Olympic Committee and the Olympic Council of Asia, on Saturday to celebrate Olympic Day, welcoming hundreds of youth to King Hussein Park in Amman.

The event, held under the patronage of GFP Founder and Chairman HRH Prince Feisal Bin Al Hussein, also marked the launch of “Road to Indonesia,” a campaign celebrating the 2018 Asian Games, which will be held in Jakarta later this summer.

The event saw over 300 GFP youth programme participants in attendance, engaging in sports based activities at one of the event’s many stations, including football, wrestling, and a variety of carnival games. Additionally, all took part in the Fun Run, a 1.5km race at which HRH Prince Feisal Bin Al Hussein joined runners at the starting line.

Additionally, on behalf of the Jordan Olympic Committee, HRH Prince Feisal Bin Al Hussein presented Generations For Peace with a plaque to commemorate the partnership between the two organisations, as well as with pins representing each of the 17 previous Asian Games, dating back to 1951. 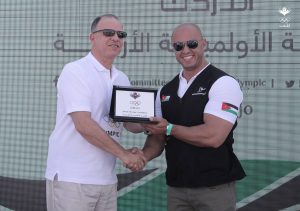 In an interview with Jordan TV, Generations For Peace President Dr. Mohanned Al Arabiat stated, “We are all here today to celebrate the power of sport to bring people together. This event and its activities inspire youth to embrace Olympic values, while simultaneously marking the launch of the ‘Road to Indonesia,’ which will lead up to the 18th Asian Games next month. We are proud to join our partner, the Jordan Olympic Committee, in honouring such an important occasion and promoting the important values given and lessons taught by sport.”

Olympic Day is held annually in June to promote participation in sport around the world regardless of age, gender, or athletic ability. Celebrated by millions of people in more than 160 countries and regions, the day has evolved to promote far more than simply sport: it now centres on well-being, culture, and education, while observing the Olympic values of excellence, friendship, and respect. Olympic Day pillars of moving, learning, and discovering are thus promoted in every corner of the globe.