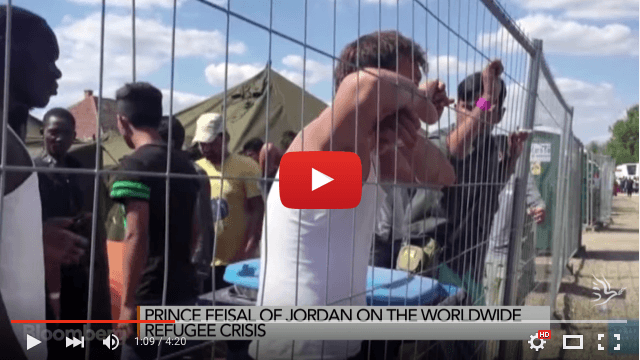 8 November 2015 – Amman, Jordan: On the United Nations’ International Day of Peace 2015, HRH Prince Feisal Al Hussein, Founder and Chairman of Generations For Peace conducted an exclusive interview with Bloomberg Television. HRH Prince Feisal discussed the worldwide refugee crisis and underlined the importance of the Generations For Peace Jordan Programmes, which focus on reducing violence and the potential for violence among and between Jordanian and Syrian youth in schools and communities experiencing increased population pressures and tensions due to the intake of a high number of Syrian refugees. 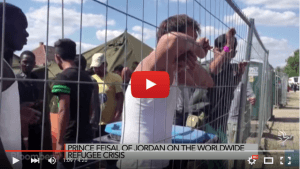 There are more 620,000 registered Syrian refugees currently in Jordan; the vast majority of whom are living outside refugee camps in host communities. Of this overall number, 51.6% are under the age of 18 (UNHCR 2015).

There has never been a more crucial time to utilise sport, art, advocacy, dialogue, and empowerment with young people in local communities to change their lives.

Click on the video to watch the full exclusive interview with Bloomberg Television.