I Once Met a Girl Called Maria 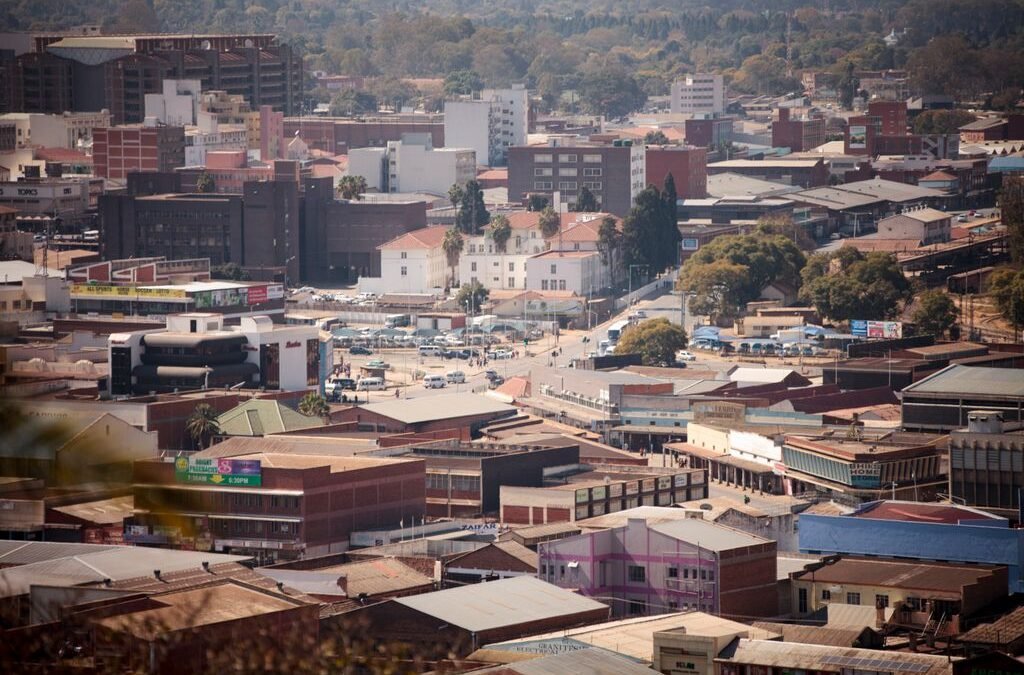 Generations For Peace (GFP) volunteers work in two provinces in Zimbabwe, Harare and Gweru. The Sport for Peace programmes – implemented in selected schools within these areas – focus on reducing cases of violence that stem from many factors, including: tribal conflict, cultural differences, political affiliations, and diverse ethnicities.

But what if those who perpetrate the violence are the people we are closest to? How might this manifest itself in other parts of life?

At GFP, we recognise the need to equip youth with the skills to respond through non-violent means to many types of conflicts. To this end, our volunteers are dedicated to strengthening relations and fostering greater dialogue in their local communities.

This is a story of one of our programme participants, and how she learned to respond to violent conflicts at home. 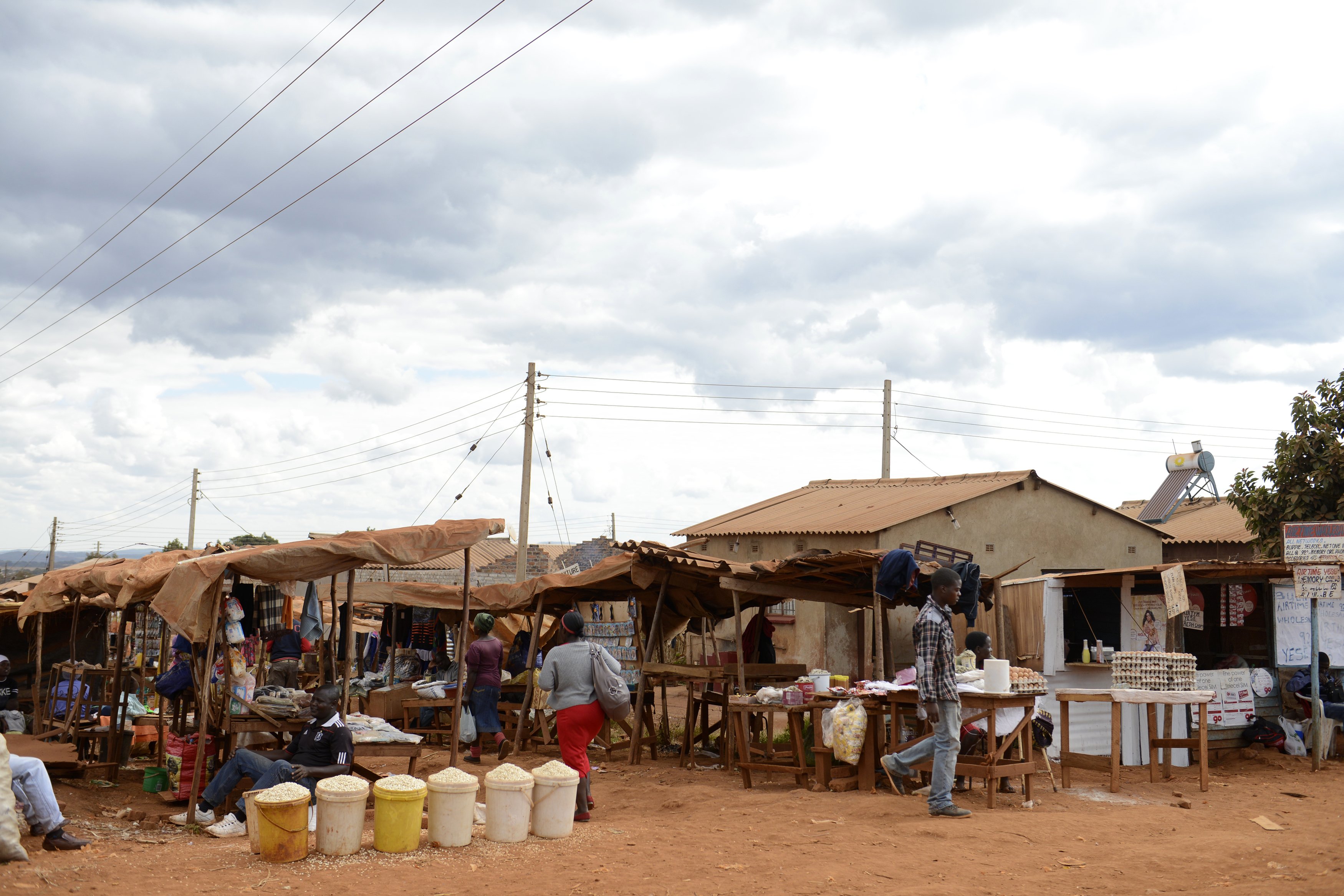 Maria* is not referring to a stranger;  she is speaking about her own mother. Her words are frank, honest, but above all, unwavering. Standing before me is a young woman who displays strength and courage beyond her years. Maria has suffered greatly during the course of her young life, but her journey through adversity is inspiring.

When Maria’s parents separated some years ago, her whole world turned upside-down. A young teenager at the time, she was particularly close to her father who she describes as her best friend and the only person she could communicate with.

Maria’s relationship with her mother stands in stark contrast.

“It’s not good, we don’t get along at all. We’re not comfortable with each other. She doesn’t tell me anything and I don’t tell her anything.”

Her parents’ problematic relationship was fraught with arguments, resulting in the eventual demise of their marriage. By her own admission, their separation was the catalyst for the acrimonious relationship between mother and daughter, and for the consequent abuse that ensued.

Her father’s departure hit Maria hard and unbeknownst to her at the time, his formerly strong presence, and his much yearned for visits, would ultimately dwindle away to nothing.

Confronting her father about this led to further disputes and today they no longer speak, their relationship deeply fractured.

Maria paid dearly for their divorce. She not only lost a parent but also her closest confidante.

“Without a friend anymore, I was just alone.”

Seeking solace and comfort from her mother was not an option. Instead, a hostile trail of verbal and physical abuse commenced.

Describing the ill treatment she endured in devastating detail, Maria recounts a particular incident as though it happened yesterday: “I remember the worst night she punished me, that day it was really cold. I’d come home from school and there was no electricity…she took me into her room and started interrogating me.”

Exhausted from the regular occurrence of these intense questionings, Maria decided to remain quiet that particular night, hoping to avoid further accusations of suspected communication with her father.

Her efforts were in vain.

Instead, Maria was forced to sleep on the floor.

“Naked, the way I was born. It was freezing…it was hectic…it was mean.”

Taking a brief pause, she continues: “other times she would take a belt and hit me a lot…it was painful.” 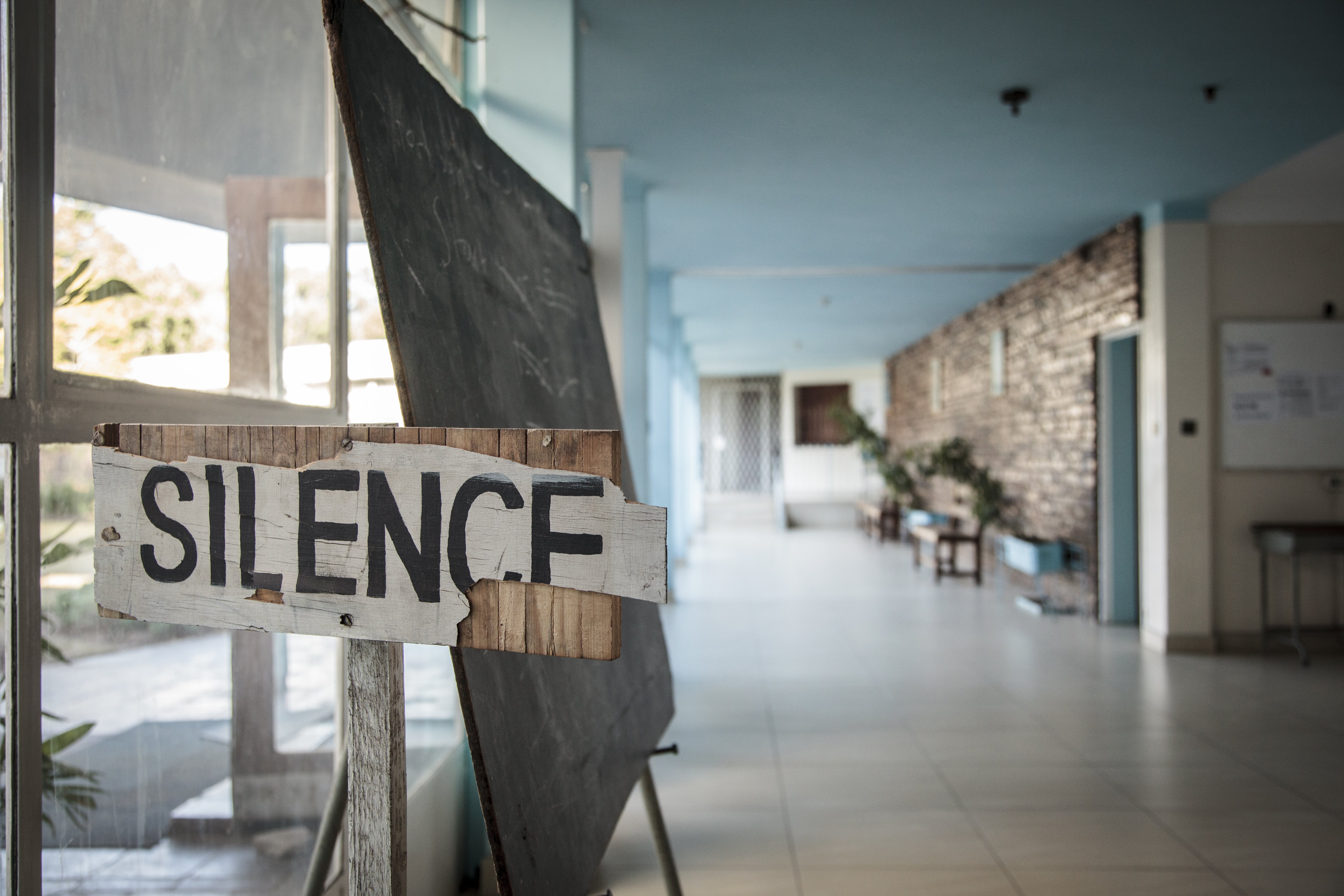 Subjected to unrelenting abuse, Maria’s difficult home life also impacted negatively on her relationships with fellow classmates and teachers. School provided a haven from her tumultuous upbringing; it was also the place that Maria felt safe enough to vent her repressed anger: “you just sort of create a character of your own. I’d feel bad about it but it’s like a cycle, you can’t stop it. With what was happening at home I couldn’t let out my anger, but I could do it at school, because no-one would touch me.”

Due to the nightly interrogations, Maria often fell asleep during class, unable to rest at home.

Struggling, she began drinking at the age of 15.

“It’s not something I’m proud of,” she admits.

Continuing on a downward spiral, an offer of drugs piqued Maria’s curiosity. Unsure what to do, she confided in her closest friend, Natasha*, who urged her to dismiss the idea.

Natasha is a girl she speaks fondly of and is clearly the person who has taken the place of her only confidante.

“The things I used to do with my Dad…it became Natasha and I.”

“I should just try it once to see what it feels like,” she reasoned.

Even so, the conversation weighed heavily on her mind, and Maria quickly realised it was not a path she wanted to embark on. Arriving at the meeting point, she began to have doubts.

“He (the person who offered her drugs) was outside the gate and I was inside and I just thought… I could just leave it be. Why waste my time with this guy?”

Fuelling this decision was the fear that Natasha would be disappointed in her.

“She was the first person I had a connection with,” she explains.

Describing the positive role Natasha has played in her life, she breaks down unexpectedly.

I never see her cry again.

Not even when she recalls the harrowing abuse.

When I ask her if she feels ok to share such personal experiences, she reveals: “I want to share my story. Each time I do, it gets a little bit easier.”

Maria is 19 – although you could be forgiven for thinking otherwise. It seems so easy to forget – impossible to imagine. 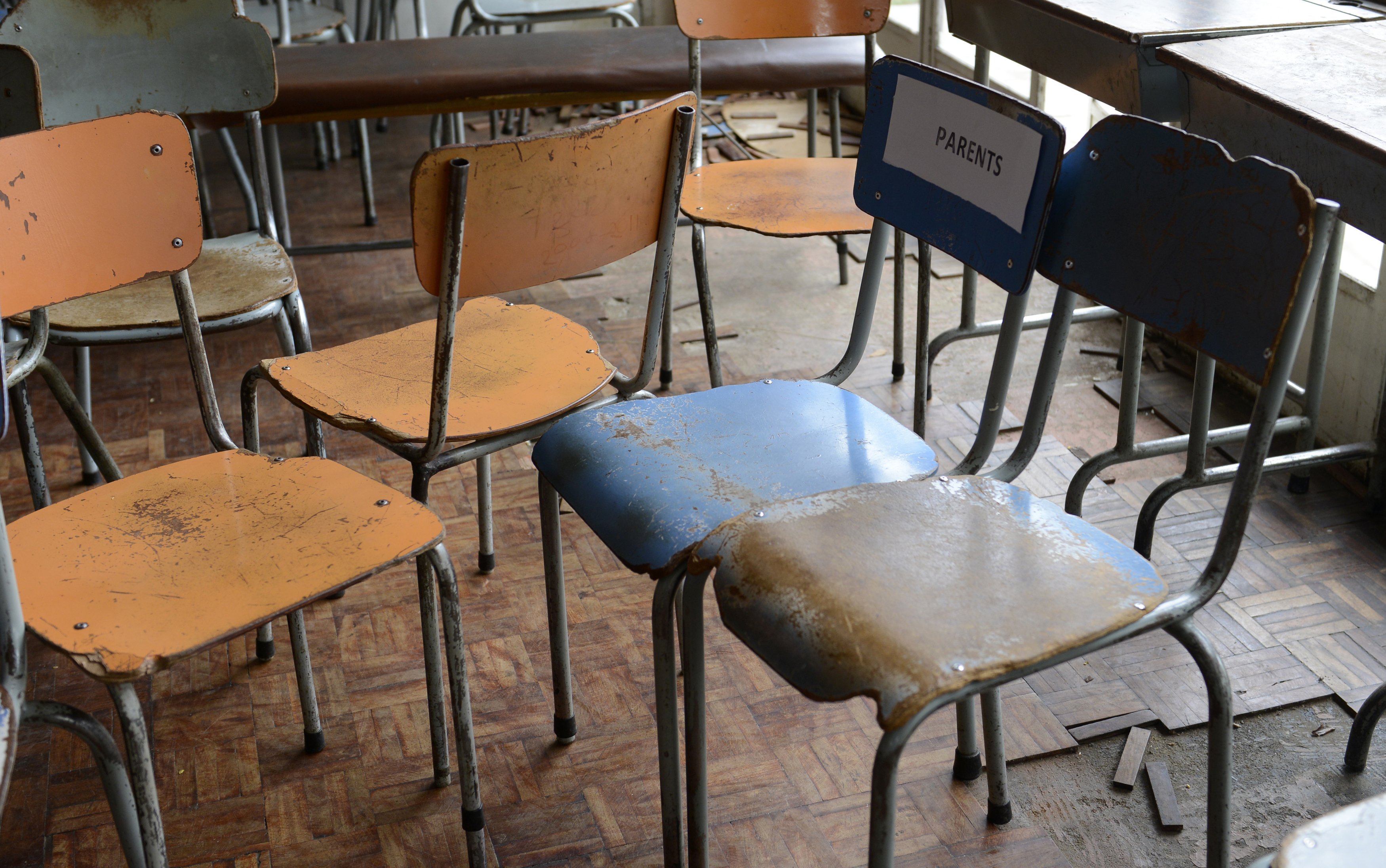 Her journey, and the transformation Maria has gone through, suggests she has already led a long life. And, in a way, she has.

The previous chapter – her recent past – now comes to a close. And with that, she takes a step forward.

Silent words echo through my mind.

“Let’s think about today. The present.”

Well, those were the words I almost expected to hear.

Her changes were many, but first and foremost, Maria learnt how to communicate with and tolerate other people; something she often has to do at home.

Describing the importance of the various activities and sessions conducted during GFP programmes, Maria states: “the smallest lessons we learn from them are actually the biggest lessons in life.”

Maria acknowledges this transformation stems partly from the need to feel a sense of inclusion and belonging. A feeling she desperately sought. A security so often denied.

“Like I could be a part of them, doing ok like they did, that’s when I started changing.”

Her favourite part of the programme?

“The games and the analysis sessions,” she enthuses.

Since joining GFP, Maria has taken on several senior roles at her school – an honour she never expected.

Emmanuel*, the GFP Volunteer facilitating the programme, has witnessed Maria’s journey and applauds her admirable achievements.

Explaining her progress, he says: “Maria has changed significantly. She used to be a bully, she couldn’t interact well with others, and she also had some negative behaviour reports. Now, Maria can understand other people’s feelings and handles her senior roles with great responsibility.”

To Maria, he is the person she can depend on, providing guidance when she needs it: “I don’t know if he knew how messed up I was.  He probably did.”

Granting an example of his support, she reveals how he encourages her to use her skills to help other students who face similar difficulties at school.

Maria recently spent time with a student who was known for incessant bullying, and whose behaviour had rapidly deteriorated. She had once walked a similar path to this girl. She could empathise, more than most.

And he, in turn, recognised this.

His actions empowered Maria, nurturing her confidence and self-esteem: “that really made me feel that I could do anything in the world – that was something he gave me.”

“It’s had a big part,”  she says, referring to the GFP programme.

“More than anything else.” 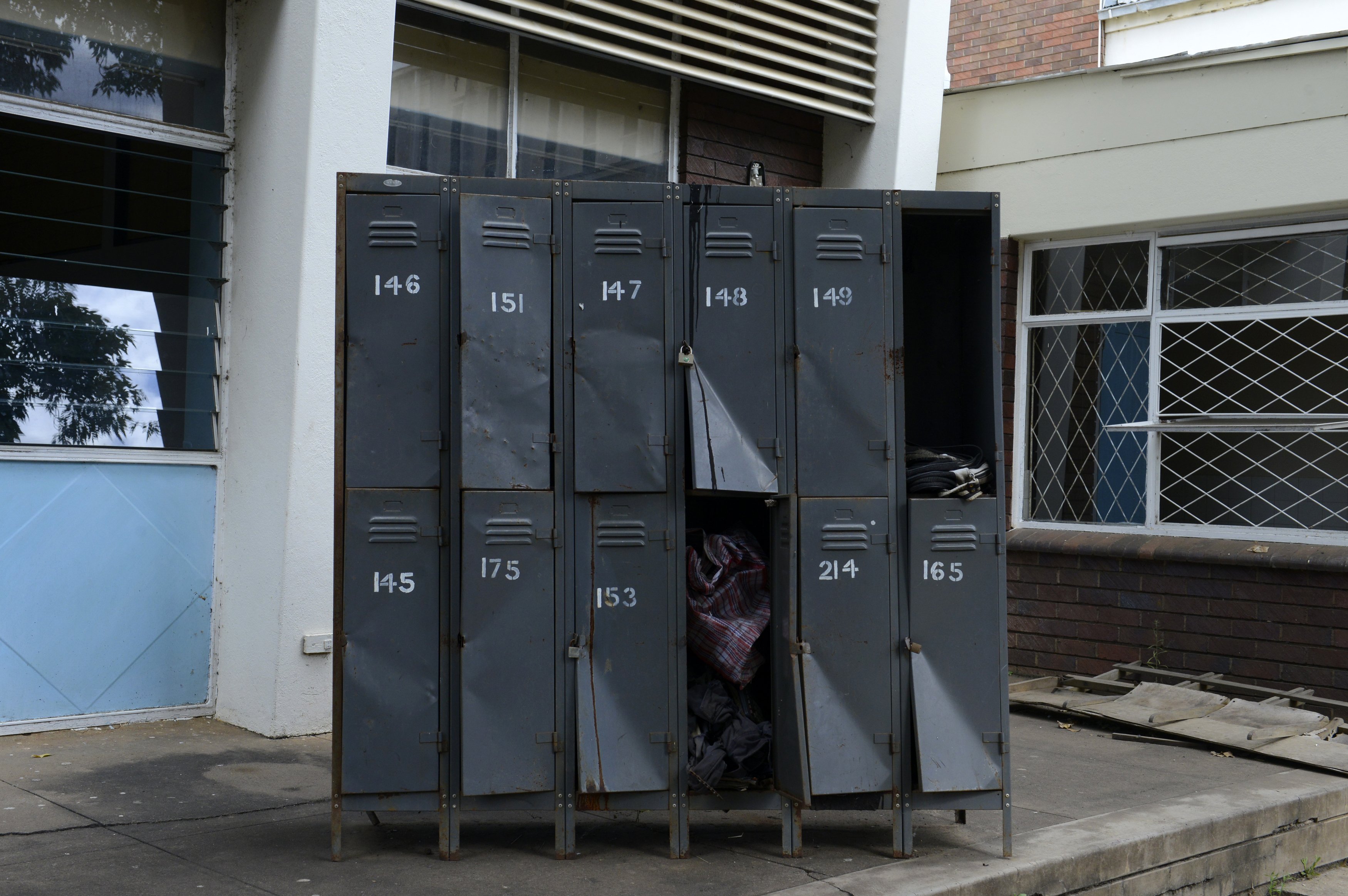 Maria has demonstrated her ability to stand firm in the face of hardships. She is a confident and independent young woman whose potential is yet to be properly realised. The thought that she might never be afforded an opportunity to follow her dreams is devastating, unjust, but yet, still probable:

“If I could do something when I finish school I would want to be a lawyer. With my experience and my background, I would love to fight for children who’ve been through my situation.”

At present, university is not an option and whilst it disappoints her greatly, she refuses to dwell on the uncertainty of her imminent future.

It is evident that Maria’s upbringing has left her emotionally scarred; however, not once during our several meetings does she appear morose.

That is not who Maria is.

Her past experiences are influences, but will not limit the person she aspires to become.

Instead, Maria smiles, leaving me contemplating what her future holds, and rooting for an exceptionally brave and impassioned young woman.

*Names of the actual individuals have been changed to protect their privacy.