By Sanja Angelovska, Lead Pioneer at Generations For Peace – Republic of Macedonia

“Each time a woman stands for herself, without knowing it, possibly without claiming it, she stands up for all women.”
– Maya Angelou

I Stand For Myself.

Women in peace building do the work that is hardly seen at the surface. In my eight-year career as a peace builder, I’ve met so many women working in the field, designing and implementing programmes, yet very few of them are where the crucial decisions are being made. In order to have true, sustainable peace, this must change.

In this piece, I am standing for myself and my position as peace builder, speaking from my own experience.

I first became interested in peace building during my student days. We were offered a workshop for non-violent conflict transformation where we were supposed to look more deeply into the root causes of conflict, emphasising the psychological domain. 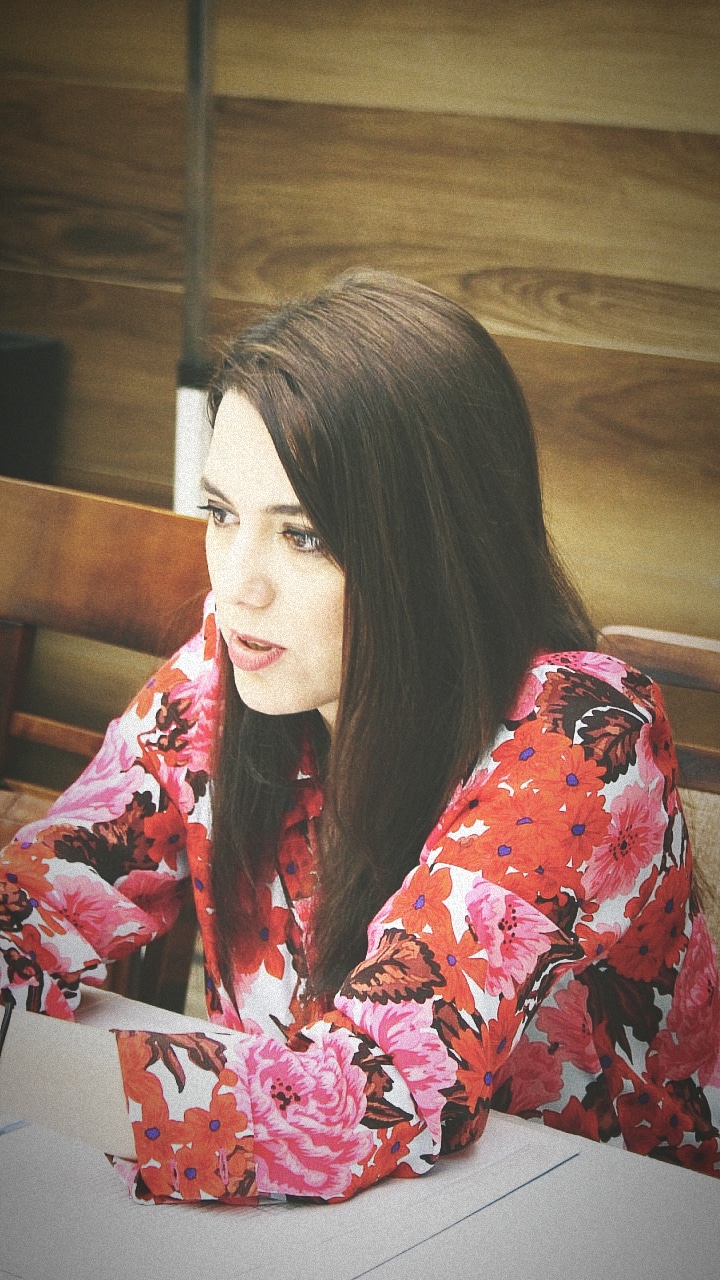 Meet Sanja, one of GFP’s Lead Pioneers in the Republic of Macedonia

I cannot say that it was completely new to me – I had done some reading before, and it was quite interesting to learn how a group thinks when its needs are not met, identities are threatened, cultural narratives are disputed, and so on. My group of colleagues consisted mainly of females, with a few males, as well.  Even the trainers in the workshop were female. I considered that to be the norm at that time, given that these were the characteristics of the group I was coming from.

Then I decided to dive even deeper into peace building and conflict resolution. It was my turning point.  The leaders of the workshop were also women. Especially when we talk about conflict and its psychological domain, women tend to occupy the space, since that area is considered to be softer, more subtle, and thus more suitable to women. My point here is that every time I was educating myself in peace building – in people’s emotions, thoughts, and reactions affected by conflict – this aspecrt of peace building was being implemented by women. Even the conflict resolution master’s programme I attended was led by a woman. This is, of course, not a problem in and of itself. It only becomes a problem when women are limited to this aspect of the field.

With a bit of luck, I became engaged with one of the biggest non-profit peace-building organisations in the world: Generations For Peace. There, I was truly inspired by some really experienced women who work in the field of peace building.

Living in a world where we as women struggle for gender equality or balance on a daily basis, we face a current situation in which women are present in peace building, but not at higher levels where decisions are made.  It seems that the further you go from the field, the greater the possibility becomes of meeting more men working for peace – men who mainly conduct peace research or negotiations.

Let’s consult some facts for reference: the UN Women report about Women’s Participation in Peace Negotiations from 2012 says that, in the process of The Ohrid Peace Agreement (Republic of Macedonia), 5% of the negotiation team was women. Northern Ireland held a higher percentage, with women making up 10% of the team. In Afghanistan, it was 9%, and in Kosovo, it was 3%. The highest percentage of women’s participation in a negotiation team was in Kenya: a very high 25%. Indeed, even this high percentage in Kenya is far from enough.

I want to avoid generalisation since I can only speak from my own experience. Our Generations For Peace – Republic of Macedonia team is mainly formed by women. I usually use this phrase when we have some events: “We are not a feminist movement, though one may get this impression at first sight. So far, the results of this very women-dominated team are very positive.

This situation opens another question that I keep asking myself: why is it that most of the peace-building activities and programmes at grassroots levels are being run by women? Why do we still face double standards, so often based on gender, in the world of people working for peace? 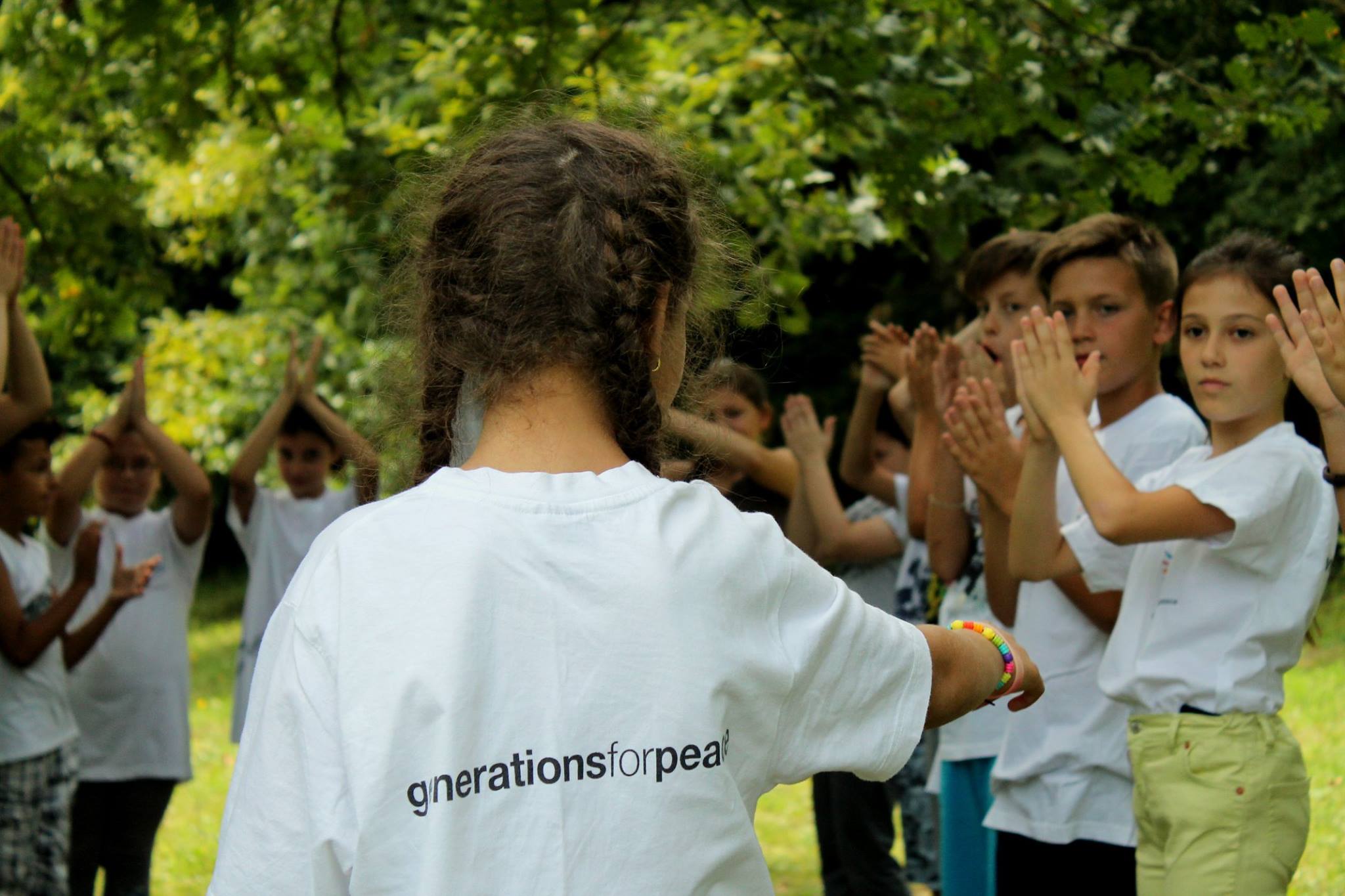 It often seems as though the greater overall mission of peace keeping and building is largely dominated by men, while many of the peace-building activities on the local level are run by women. Perhaps this is because women are so active with children and youth in many local communities, yet only make up a small percentage of high-level (government, parliament, ministry, and other senior roles) peace-building positions. This shall provoke a discussion or even an inner process of thinking within those of us in the peace-building field. The work we do with children and youth will not have as great an outcome or impact if we do not minimise the stereotypes and prejudices to which we cling, becoming more aware of how biased we are when it comes to what we do.

Speaking from the academic perspective, I will use a concrete example of a panel that I was a part of during a conference about Global Justice. The topic of discussion was the genocide in Indonesia from 1965-66. The three speakers were women with both academic and practical knowledge and experience of genocide. We were also joined, however, by a male speaker who was not actively working in the peace-building field: he was a manager coming from a company that had supported the Nazis with their work during World War II. Somehow, although there were three women with directly relevant experience to the conference’s topic, the floor was redirected to a familiar topic, but not the topic of the panel. It was clear that, for whatever reason,  man was needed on the panel.

The Indonesian Genocide remains to this day a very sensitive topic, and people from the country still hardly speak about it. Yet I was able to share my knowledge in psychology of conflict, fitting it perfectly within the experience of one of my fellow female speakers, who has survived the genocide and today lives in Europe. It made me feel incredibly empowered to be talking about the psychological approach in a post-conflict phase. After I spoke, one of the other female speakers merely touched my hand and whispered to me: “Very well said.”

I stand for myself because I am confident in what I do and what I have in terms of knowledge and experience. I want to move forward and share this experience in relevant settings in meaningful ways. I want to be asked to discuss what I’m concerned about and why.

Let’s make women more visible in the peace-building process by recognising their potential for meaningful contribution at every step. Let’s create opportunities for them to assume leadership roles by helping them discover and develop the skills they need to take on more responsibility. And let’s empower them to seek out future opportunities to lead boldly and with confidence, because when they do, they will change the world.