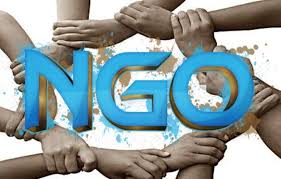 The Street Journal – 9 January 2020 – A Jordan-based NGO, Generations for Peace Nigeria (GFP), says it has sensitised over 7,500 adolescent girls, women and other youth from different religious and ethnic groups in Kaduna State to peace building.

The organisations’ Senior Administration Officer, Mr Eric John, disclosed this in an interview on Thursday in Kaduna.

John said that the sensitisation, conducted between 2008 and 2019 were held in 30 communities in four Local Government Areas of the state.

He listed the local government areas to include; Kaduna North, Kaduna South, Igabi and Chikun.

The official added that 371 local volunteers had equally been trained to implement peace building programmes aimed at addressing challenges faced by adolescent girls in the communities.

He explained that the sensitisation centered on conflict transformation skills among youth, gender inequality, inclusion of women and girls in decision-making at community levels and prevention of violent extremism.

“Generations For Peace is a leading global non-profit peace building organisation founded by Prince Feisal Al Hussein in 2007, with Headquarters in Amman, Jordan.

“The organisation is dedicated to sustainable conflict prevention at the grassroots.

“This is being achieved by empowering volunteer youth to promote active tolerance and responsible citizenship in communities experiencing different forms of conflict and violence.

“In the last 11 years, our volunteers in Kaduna State have been able to engage various community stakeholders in addressing gender inequality, inter-religious and inter-ethnic conflict, social disharmony and violent extremism,” he said.

John said that in 2020, the NGO intend build on the successes so far recorded under the organisation’s Advocacy for Peace Programme, implemented in 10 communities, between 2017 and 2018.

He said that the programme was designed to build the capacity of community members in addressing various issues causing conflict particularly in communities.

He added that 120 youths and adults have been trained in 2019 under the advocacy for peace programme to reach out to other youths from diverse ethnic groups, particularly those from the Christian and Muslim background.

He called on the state government to partner with the NGO in supporting young people to carry out community peace initiatives in their respective domains.

He also urged the government and other stakeholders to collaborate with GFP in building the capacity of the youth for the delivery of peace building and other developmental programmes targeting children and youths.