Life in a Warzone: Interview with Marwan Almagedi 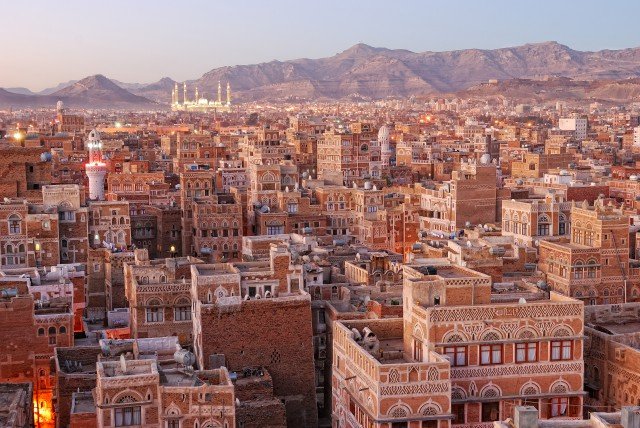 A territory that has been inhabited since 5000 BC, Yemen has a vast history which includes rule by several powerful dynasties including the Sabaeans, Minaeans, Ayyubids, and most recently the Ottomans and the British. In part due to this diversity of influence, there is impressive ethnic variety amongst Yemeni residents (comprising Arabs, North and East Africans, South Asians and Europeans) as well as noteworthy religious diversity (not limited to Sunni and Shia Muslims, but also including pockets of Jews and Christians, Baha’is and Hindus). However, despite a rich history, and in part due to this complex demography, Yemen has been fraught with socio-economic, ethno-religious and political conflict that has been magnified since unification in 1990. The most recent episode of violent conflict is the current war in Yemen that broke out on 26 March 2015.

The ongoing war in Yemen is not an isolated incident, it emerged as a result of a history of conflict; however this particular instance of violence has had direct consequences upon several of our Generations For Peace (GFP) volunteers in Sana’a and Aden, and a member of our GFP HQ staff. Marwan Almagedi is currently a Programmes Officer for GFP activities in Afghanistan, Algeria, Ghana, Iraq, Libya, Palestine, South Sudan, Sudan, and Yemen. While on vacation visiting his family, Marwan found himself stranded in Sana’a at the beginning of a war.

Selection of an Interview with Marwan Almagedi

What were your initial reactions to the outbreak of the war in Yemen?

It was 2 AM in the morning; my family and I were sleeping. We heard explosions and assumed it was fireworks from a wedding next door. But it was too late to be a wedding. I got out of bed and found that there was no electricity. My family started to panic. We soon realised that the noise was not fireworks; these huge explosions were coming from anti-aircraft weaponry. At that point we knew that this was a war but we didn’t know whom it was between. We didn’t know until we heard on the television in the morning that Saudi Arabia was shelling Yemen.

What were the first few days living under the aerial bombardment like?

In the first few days we were not that worried, as armed conflicts are normal in Yemen; in recent years they happen every couple of months. We thought that Saudi Arabia’s planes would shell particular locations and then it would be over in a few days. But by the fourth day with the Houthis arming and the Saudis announcing new targets across Yemen, it became clear that this conflict was escalating. We started worrying because we were running out of food and goods – not just in my house; I’m talking about shortages in the city, in the country. We were running out of food and petroleum products, and what was left was getting very expensive. This was worrying because the country already had serious shortages; we were scared because we could be dead because of the lack of resources before the attack of missiles.

How did the shortages affect your daily life?

At the beginning, the main difference was the cost of items. Before, we could buy basic necessities for an entire month with around 50 US dollars, but in a matter of days for example, ingredients like flour were 50 US dollars for 50kg. We were getting increasingly worried; there were more and more expenses but limited, or no income. We spent more but earned nothing – due to the war most people lost their jobs. Also running out of gas affected the type of food we ate, so now we had to buy pre-prepared, canned or packaged food which is way more expensive. And, for many Yemenis, packaged food is unfamiliar; many people are used to homemade food but were forced to eat canned food out of necessity, while for others – like my own mother – canned food does not comply with their medical requirements and has made them ill.

How did the war change your social habits (comparing the types of things you did with your friends and family before and during the war)?

First, almost all entertaining places you would go to pre-war were now closed (e.g., coffee shops, restaurants, theme parks) and second, everyone was now concerned about safety and therefore movement was limited. Anti-aircraft missiles that did not reach their targets often hit the ground killing and injuring lots of people, this was very dangerous and discouraged people from staying outside for long periods. As a result most social activities were indoors… But, the thing about violent conflict is that it brings people together, so I spent a lot of time with friends from my neighbouring buildings. We would sit together, late at night, around a candle or a rechargeable torchlight, and chat for hours. My family also got together a lot more. My brothers and sisters, and their families, were at our home more often. As we didn’t have access to the Internet, and had limited electricity, we went back to simple games like cards. And, we exchanged jokes and had conversations for hours. We looked at old photos and remembered past events. Smartphones, television or other pastime activities we had before were no longer an option so we spent quality time together.

What mental, physical, and emotional effects is the war having on the Yemeni population?

I would say that the physical effect is less so than the mental effect. Of course many people have been killed and injured, but everyone is suffering mentally. You know, when you’re in a war you’re always worried and so you sleep less, even though you have more time to sleep you can’t do it, because you’re constantly worried that all of a sudden you will be woken up by a missile, or by a shaking building. This worry has physical effects. You would think that because my movement was limited, and all I could do was sit at home and eat pre-packaged food that I would gain weight, right? But it was the opposite; I was too worried and so I was eating less. This affected my body for sure. But the mental effects are way more and will maybe never go away.

Who would you say was the most memorable person to you during the time you spent in Sana’a?

I’d say it was my mother. She was always worried about everyone and always wanted everyone together. Even in the simplest situations, like for example, when she was in the kitchen and she heard the explosion of an anti-aircraft gun, she yelled, “Marwan, come here! It’s safer,” even though I was just in the next room. To keep us in her sight she would have us sit with her in her bedroom where we would have long conversations about anything. She told us things she had never told us before about our childhood, and her life. Her strength is the most memorable to me.

After over a month residing in Sana’a during the war, Marwan Almagedi is safely back in Amman. He has resumed his responsibilities as Programmes Officer and is now more determined than ever to support sustainable programming that brings about real, tangible change in conflict-ridden communities. Marwan is not alone in his efforts – GFP as an organisation has not forgotten its volunteers or the communities in which it works in Sana’a or Aden. While programming has been on hiatus for the first few months of the war, programming is set to resume whenever the security situation allows.

GFP recognises that there are still millions of people living under these, and much worse circumstances in Yemen; they must not be forgotten or neglected. By supporting volunteers in implementing sustainable programming, GFP as an organisation will make every effort possible to contribute to the transformation of conflict in Yemen.

Want to learn more about the countries we work in? Subscribe to our newsletter to get the latest updates, or check out our latest videos with stories from the field.