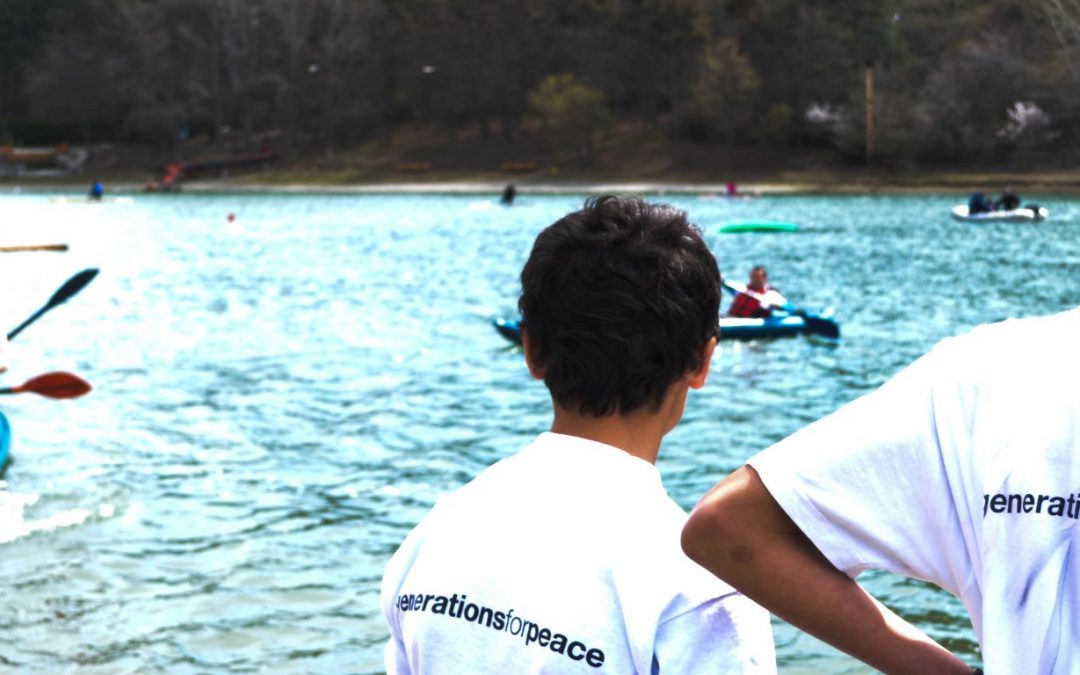 *Please note that, at the request of SOS Children Village in Tbilisi, the name of the participant in this piece has been changed. We have also been asked to avoid using images that reveal the faces and identities of the subjects of the story.

They had agreed to meet at Freedom Square, one of the most popular destinations in Tbilisi. Keti stood in the middle of the sea of people making their way through the landmark location,  scanning the crowds for the familiar head of dark curls she had come to know years earlier.

Through the swarms of tourists and locals emerged a young man, taller than she remembered – though that is to be expected for a man just entering his twenties – with dark but welcoming eyes, a crooked but familiar smile, and a short crew cut where there had once been a nest of bouncing curls. 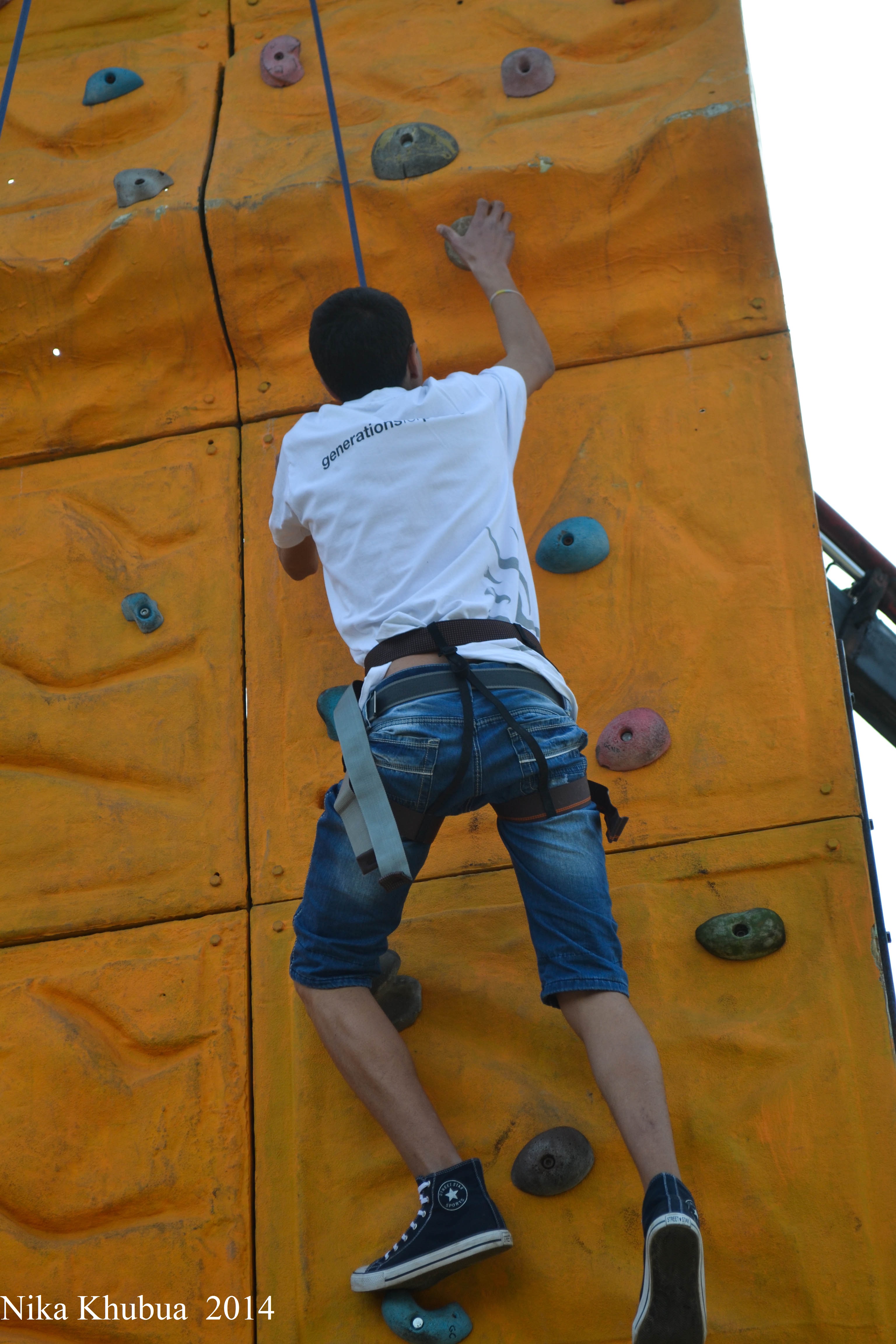 David scales a rock wall in the Republic of Georgia

David greeted her softly, a shy and subdued reuniting that seemed to almost contradict the air of measured confidence that flowed off of his blue chequered shirt as it rippled in the late-winter breeze. As she walked alongside him toward a café on the square’s edge, she couldn’t help but marvel at the thought that this was the same young man who, only five years earlier, had joined the Generations For Peace  (GFP) Sport For Peace Programme while facing challenges with teachers, peers, and even the police.

At 15 years old, David had joined GFP’s programme at Tbilisi’s SOS Children Village. The Village provided a home to many children in Georgia’s bustling capital, many of whom had witnessed rampant stigmas and stereotypes, baseless assumptions and expectations thrust upon them simply because they had been raised in a home for abandoned children, orphans, and victims of domestic violence. This discrimination had led some, including David to provide in many ways a base to the accusations surrounding them, put onto them by the families in the community who not had been separated, as they had, parent from child, either by financial insufficiency or by death.

Even during the programme activities that he, himself, had requested to join, David seemed hesitant to become deeply engaged, often preferring to make and follow his own rules rather than those established by the Programme. He consistently bragged to the others about his interactions with district police officers and school teachers, expressing his independence in doing or saying whatever he wanted to. 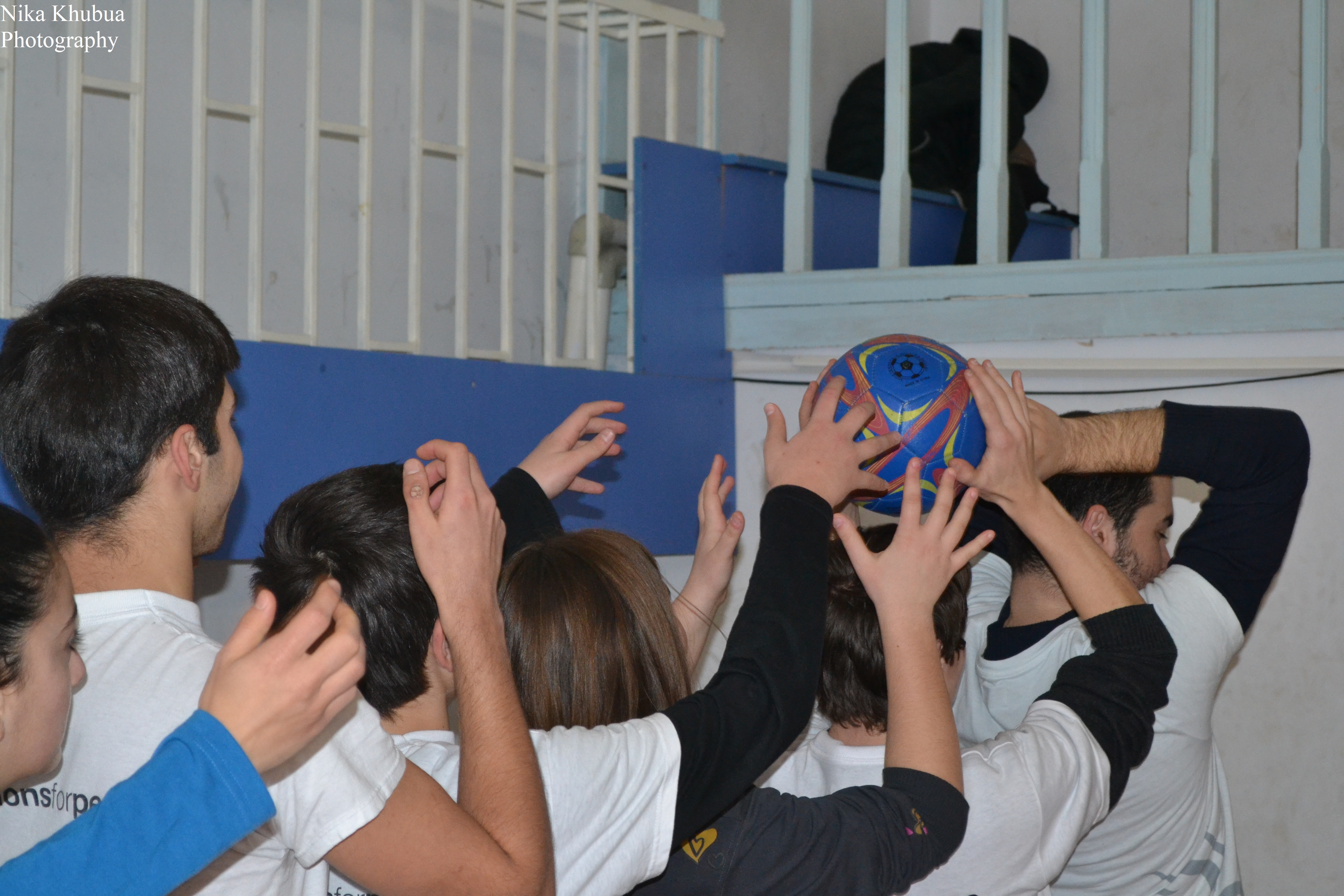 Yet here sat David almost five years later, less than a metre from Keti, transformed. No longer the a child but now a man, no longer viewed by parents and families in the community as a bad influence or as a likely suspect to be guilty of a local crime, simply based on where and how he had been raised. Here sat David, proof of the impact of sport in building peace and reshaping lives and communities in sustainable, meaningful ways. Here sat David – a man whose dark eyes might not have aged a day, but whose life reflected not only a behavioural change, but an evolved character.

Come to think of it, Keti had seen this in the works years earlier.

By the end of the first Sport For Peace Programme session in 2013, David’s outlook seemed unwavering; his rebellious independence, unphased. But then came phase two, in which the children from SOS Children Village and the associated Youth Centre began to engage directly and intentionally with students from public schools – the same students who came from families who often did not trust the orphaned or abandoned children raised in and living at SOS Children Village. This is when Keti remembered seeing the programme’s lessons taking hold on many students – and on David, in particular.

In the break between phases, David had begun to transform. It appeared that the concepts of peace, trust, respect, responsibility, and cooperation that he had witnessed, though had been reluctant to take part in, during the first session had taken hold. His obsession with independence and rebellion had started to fade, making way for his positive and constructive involvement in team-building, his ability to socialise comfortably with youth both from the public schools and from SOS Children Village and Youth Centre, and his dedication to studying hard to earn higher marks in school. He had transformed into a passionate and driven asset for local peace building, benefitting the community and forming bridges between two groups that struggle to overcome the chasm formed by cultural expectations that often separated them. 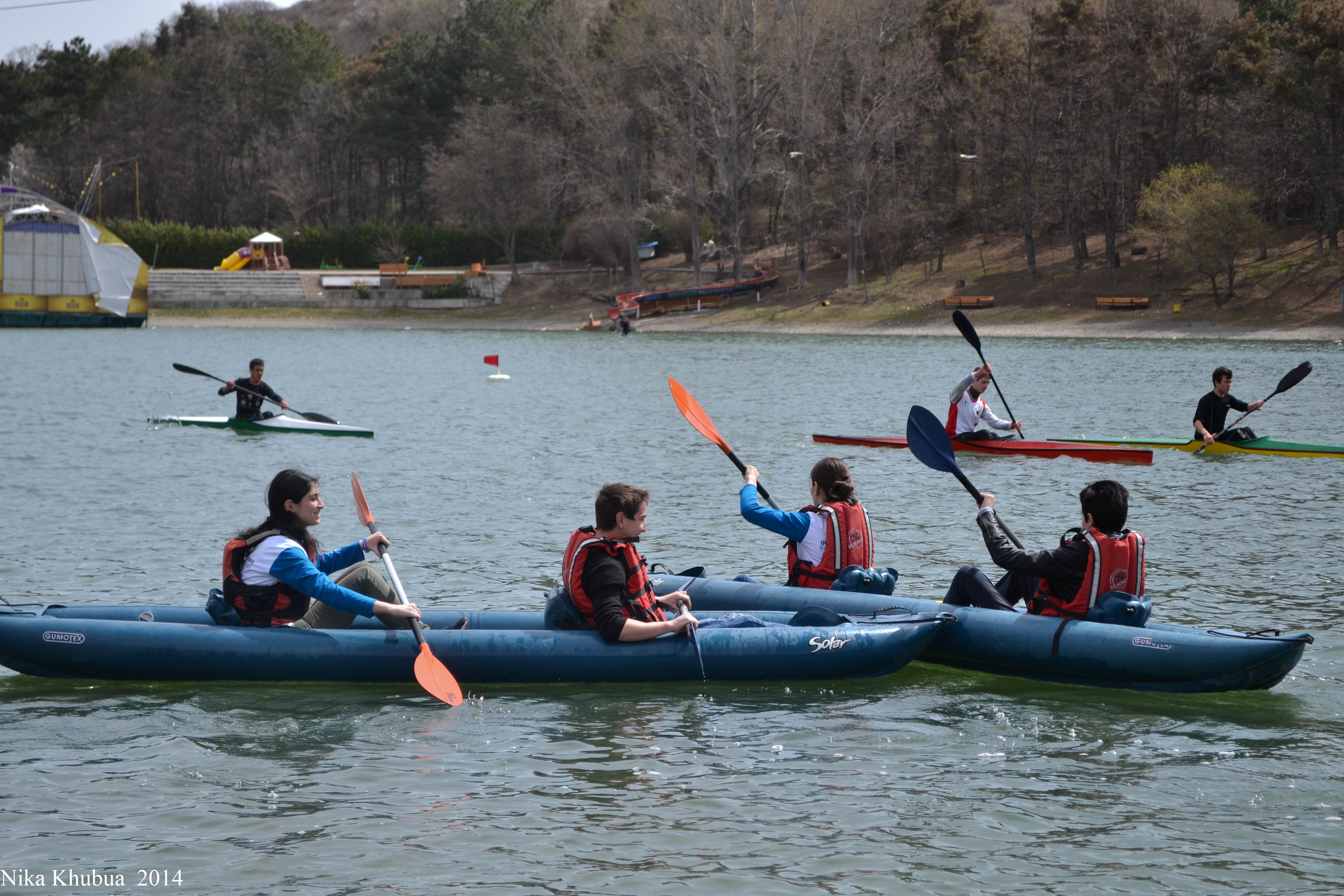 Now here in the café five years later, though David barely touched his food, Keti found him open, if not eager, to discuss every part of his life since the programme. The Sport For Peace Programme, he said, had provided for him a hard-to-find and much needed space to interact with others, observing, sharing, and learning new important ideas and perspectives. What he had learned through activities was not just a mere concept, but a set of applicable skills that led to his increased focus on his studies, which paved that way for him to enrol in a vocational education centre where he studied wood carving. Not long after that, with hard work and commitment to his craft, he had landed a job in a furniture factory, where he put to use what he had learned in his vocational training.

When the factory was closed a few years later, he did not let this disappointment slow him down. Instead, he re-channelled his energy, enrolling in the military, which is where he has been employed since he was 18 years old. He still works there today.

As he shared all of this with Keti, he did not spare his gratitude to her and her fellow GFP volunteers for their persistence with and commitment to him, without whom he might not have found the peace, drive, and life he has today.

Today, at just 20 years old, he is the primary support of his younger sister, who also grew up in SOS Children Village with him. His curls aren’t the only thing David seems to have outgrown: like hair on the floor of a barber shop, his defiant attitude has been left behind – he now approaches his life and enters the world with a commitment to peace and the tools he needs to build it wherever he goes.