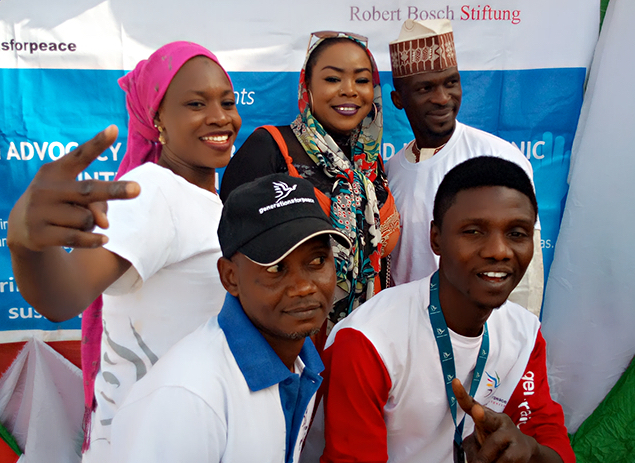 It was the murder of her uncle that led her to violence. For him, the killing of his brother.

Nigeria’s Sharia Crisis in 2000, which we discussed in-depth in our last post, and the later Miss World riots of 2002, both deepened the divide between Nigerian Christians and Muslims, particularly those residing in the greater Kaduna area, where the two groups live together in closer proximity than in most of the rest of the country.

It was in Kaduna that violence escalated most aggressively during the 2002 riots, in which male Muslim youth in particular took up arms against Christians in response to an article in a popular Nigerian newspaper called ThisDay that discussed the debate on whether or not the country should host the Miss World pageant. The piece included offensive comments about Islam and the Prophet Mohammad, sparking protests that became increasingly violent as outrage rose, with members of both religious groups engaging in violent brawls, attacks, and murders.

It was November 20 when these riots began. In the course of only three days, as many as 30,000 people were displaced and over 250 were killed. Among these were and Kamal’s brother and Fatima’s uncle. 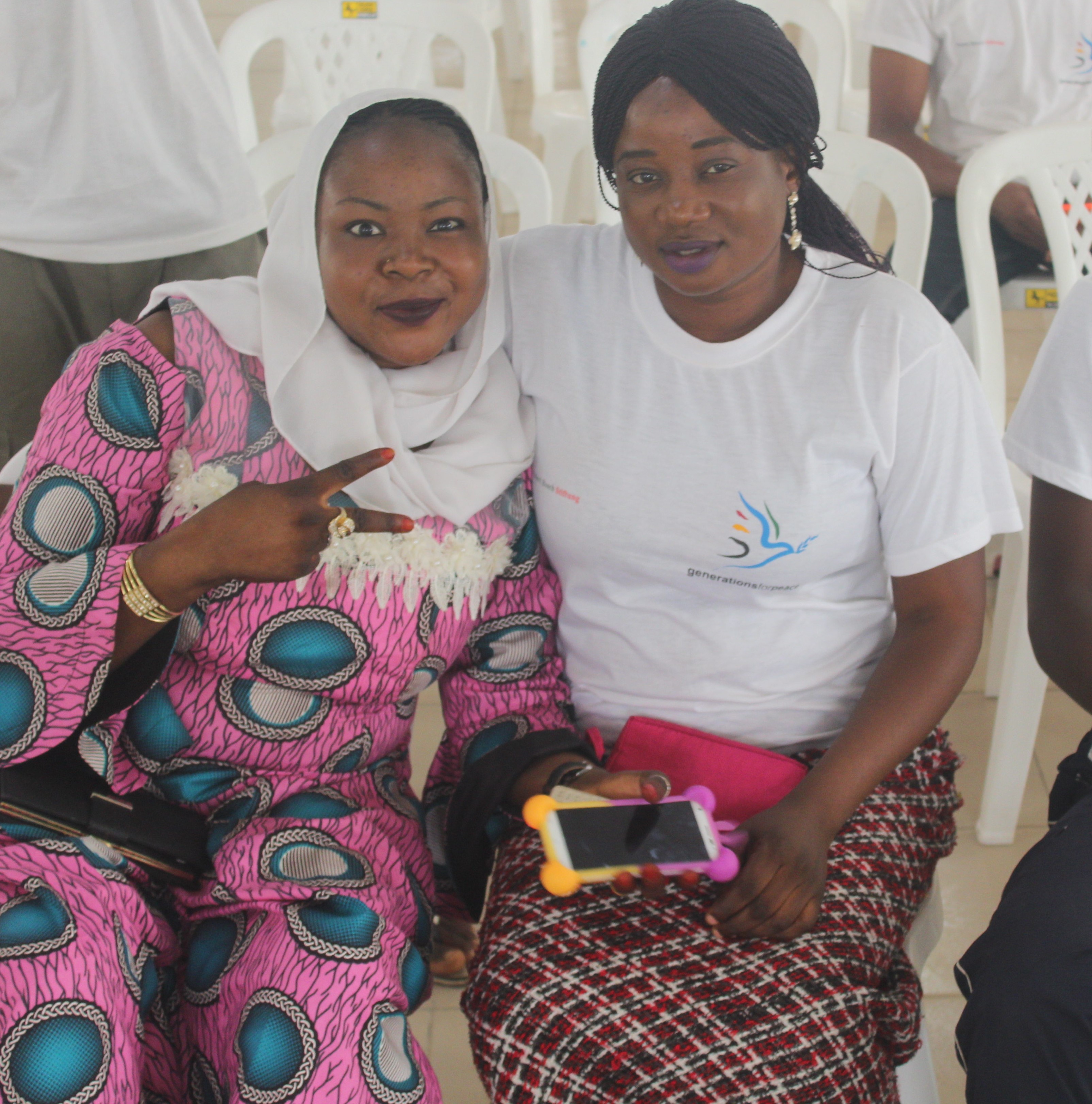 Fatima (left) has overcome any bitterness she once felt, and now engages with others using her funny, out-going nature

She was only 10 years old when she heard news that her uncle had passed away after taking a bullet to the chest, but the traumatic experience planted in her a deep-seated bitterness against the Christians who had taken her uncle’s life – and even against those who had no involvement.

“I was devastated when I heard the news of my uncle’s death.” Fatima is now 28 years old, and frequently reflects on the incident and her life after it. “Because of this experience, I only knew one way to express myself: through violence.”

She soon found herself actively seeking to incite violence between people. ““What gave me joy was seeing people fight. Even if I was not involved, I just derived pleasure from it…I would volunteer to fight for someone even if I don’t know the person or the issue. I only needed to know that I was fighting with a Christian; after all, ‘THEY’ killed my uncle.”

The “us-versus-them” mentality is not uncommon in communities facing high rates of conflict. Like Fatima, Kamal subjected himself to this mindset after the death of his brother, which also came at the hands of Christians during the violence that erupted in the aftermath of the ThisDay article. 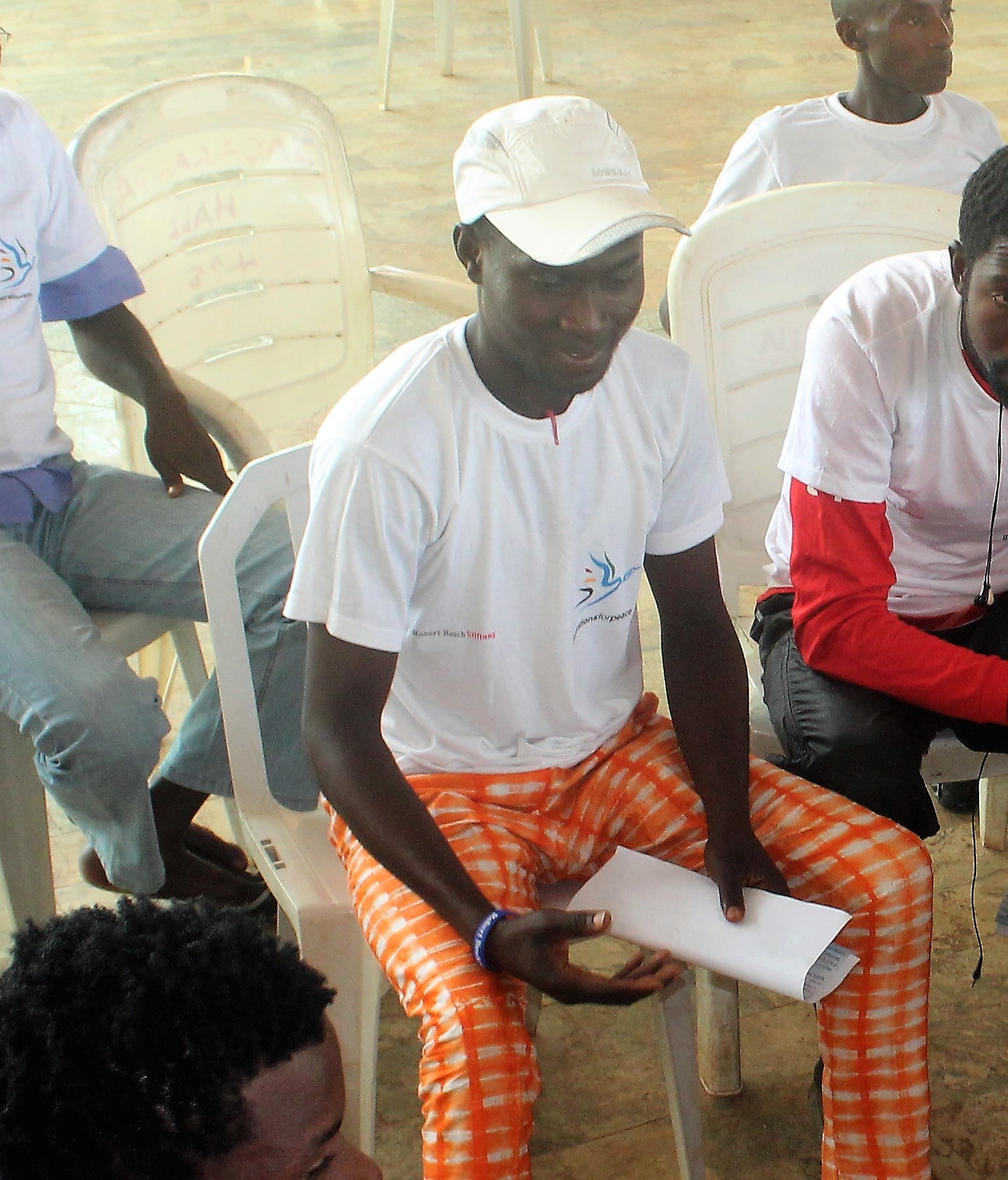 Kamal, no longer using violence as an outlet, participates in one of GFP’s Advocacy For Peace Programmes in Kaduna, Nigeria

In response to his brother’s murder, Kamal took up arms and joined a gang whose sole purpose was to cause trouble, incite violence, and engage in conflict during any Christian gathering in the community. For years, he and the gang were involved in a series of fights and violent conflicts against those practicing the Christian faith in their proximity.

There was a young woman named Sylvia, a Christian in Kamal’s community, who Kamal remembers feeling strong and resentful emotions toward during this period in his life. His distaste for Christians and Sylvia, in particular, grew to be so strong that he would make it a point to avoid even setting his eyes on her.

That all changed, however, when Kamal was introduced to Generations For Peace as a Participant in an Advocacy For Peace Programme. The Programme included Muslims and Christians from the community, bringing them together to establish peace and build relationships based on trust and understanding. To Kamal, this seemed like good idea in theory, until he laid eyes on Sylvia, who was one of the Christians involved in the Programme.

Though his hatred was strong, it only took a few meetings for him to realise that his feelings indicated a need for him to change his perception about people from different ethnic groups and religions – even if a few from those groups were responsible for the death of his brother. It didn’t take long for Kamal to begin talking to Sylvia, shunning their differences and embracing their mutual desire to come together and build peace, despite their different and often opposing backgrounds. 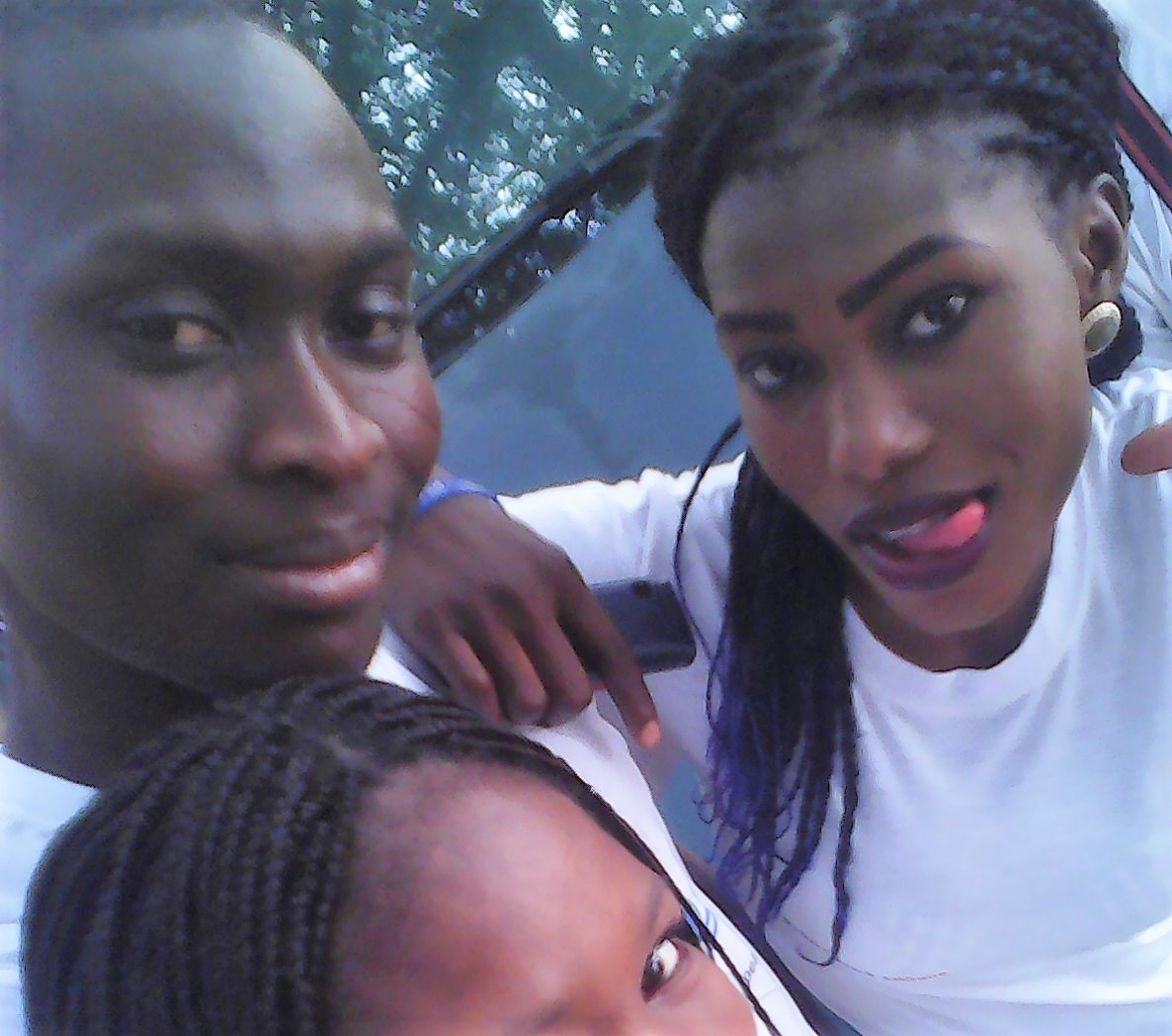 Now, Kamal and Sylvia are so close that people in the community see them as a team – almost as spouses. “I never thought in my life that I would ever be close to someone from a different ethnic group and religion than mine,” Kamal expressed, speaking of all of the new friends he has made in the programme, but particularly referencing his relationship with Sylvia.

Kamal and Sylvia were not alone in their impressive steps toward acceptance, understanding, and peace. Fatima was also present during the Programme, having become interested in peace-building and mending her outlook toward Christians after meeting and befriending a Christian girl named Murna in her secondary school.

“My hatred [for Christians] started to subside as a result of [Murna]… She was a very good friend – we did things together; in fact, when it’s time for my prayers, she would follow me down to the mosque and wait until am done.” This experience rekindled trust in her heart, and that was when she began to understand and believe that not all people from other religions are violent. 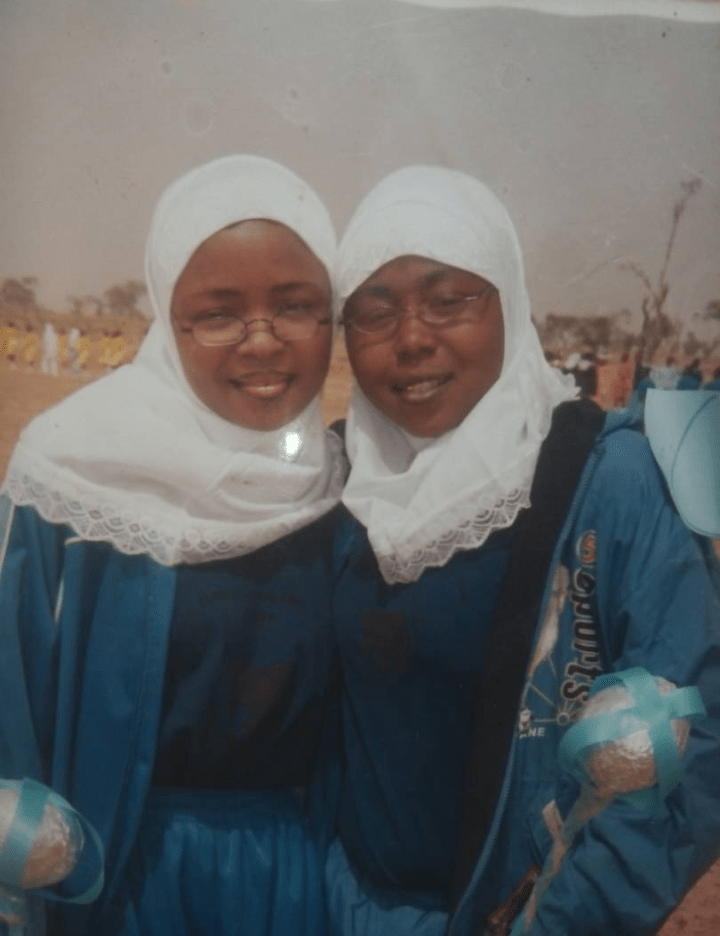 Fatima poses with Murna in a photographin Kaduna

Her friendship with Murna also sparked in Fatima the inspiration to become a Participant in Generations For Peace’s Advocacy For Peace Programme in Kaduna, giving her a new perspective on the issues of the religious crises in Kaduna state. Here she was sitting in a room of over a hundred Christians – Christians like Sylvia – and she felt safe.

“Before now I couldn’t even bring myself to drink or eat anything from a Christian, but all of that is history… I was nominated to represent my community by the district head of my community to participate in a youth and security meeting in Kaduna State University, after which I was certified to have participated in the ‘Leadership for Peace seminar.’”

Kamal, too, has seen the deep impact of GFP’s activities on his life. As he has continued through the Programme, Kamal was selected by his peers and community to take on more responsibility – he is now not only the Programme’s focal point, but has also established a forum for youth leadership and peaceful coexistence in his community: to many, he is one of the most influential youth leaders they can turn to.

As a health worker, Fatima also likes to interact with people in an attempt to clear their minds of hatred and negative expectations of others, opening them up to engaging with people from different ethnic and religious communities. “I am from Kebbi state, but Kaduna is my home, and so I am proud to be part of those participating in a programme that is bringing back trust and acceptance among people from different religions.”