Restoring a Sense of Belonging in Nigeria 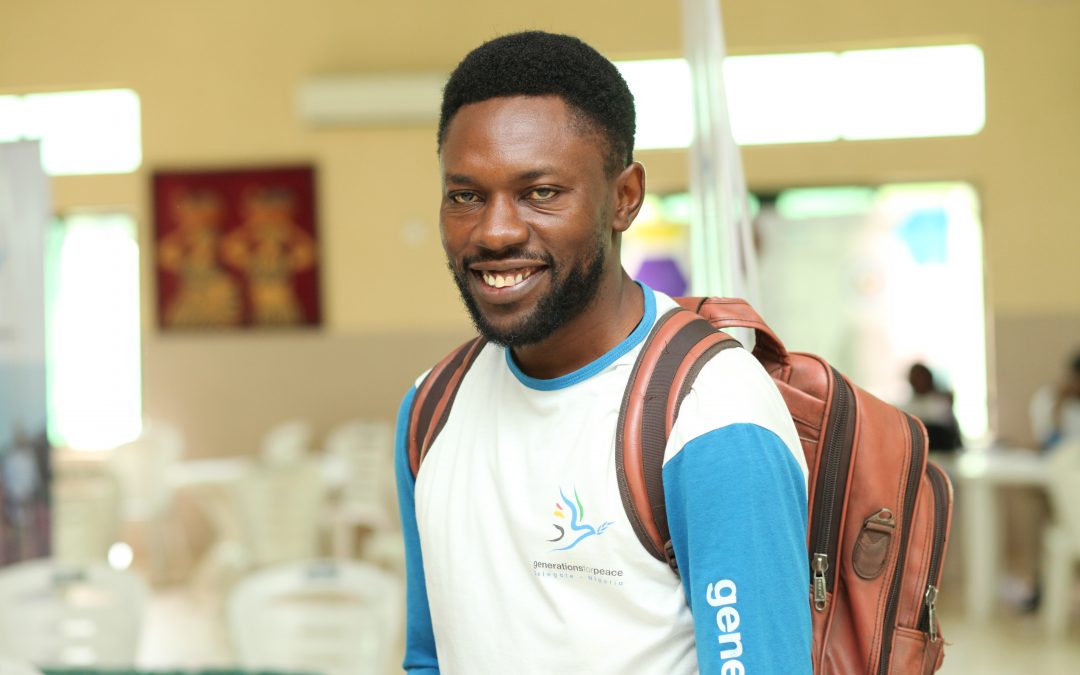 8 July 2017. The date is forever etched in Mendie N. Jeremiah’s memory; it was the day he felt as if he belonged nowhere.

Born and raised in Zaria Kaduna, the Northern part of Nigeria, Mendie’s life was turned upside down by the March 1987 crisis in Kafachan, Kaduna State. The reprisal attack in Zaria forced his family back to their village, Ibiaku, in the old Cross River State located presently in Akwa Ibom State, the Southern part of Nigeria.

Mendie, now a seventh-generation Delegate with Generations For Peace, spent his growing years traumatised by the experience of being uprooted from what he knew as home. During this period, he witnessed numerous forms of ethno-religious violence that left a lasting impact on him – and in 2017, he felt like he was reliving the horror of earlier years when the “Kaduna Declaration” was made by Arewa Youth Consultative Forum (AYCF) demanding that all Southerners residing in the North must leave. 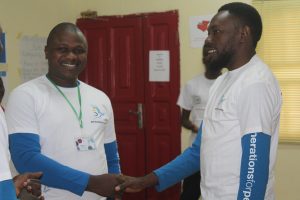 A friend of Mendie and the President of Northern Youth Council of Nigeria (NYCN), Comrade Isah Abubakar, invited him to a meeting where many Northern youth groups from the 19 Northern States met. The purpose of the meeting was to address the harmful impact the declaration had cost the region; Isah knew Mendie was passionate about working towards a progressive society, where all are treated equally. He also felt that Mendie was a part of the Northern Community, despite his move between the North and South.

It was this day that Mendie will never forget. The meeting’s discussion revolved around how to unite the people of the north, advocating for better economic conditions and opportunities, organising programmes beneficial to local youth and encouraging accountable governance. Mendie actively contributed to the discussion but was caught off guard when the discussion became heated, and a motion was raised questioning his ethnicity. He candidly responded he was from Akwa Ibom, and immediately, he was met with a number of cold facial expressions.

To Mendie’s shock, most of the attendees indicated they were uncomfortable having him in the meeting because he was from the South. Even worse, he was asked to leave.

He felt hopeless; in the South, he is seen as a stranger as some of his kinsmen even refer to him as ‘eyen akusa’(meaning ‘Hausa child’), and now in the North, the place where he grew up thinking he belonged to, he was told he did not have a place. He felt hated and rejected from both sides. 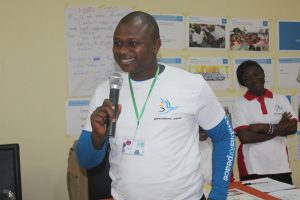 In the aftermath of the meeting, Isah, a fifth generation Delegate with Generations For Peace, invited Mendie to join Generations For Peace to help implement peacebuilding programmes in their local communities. Mendie participated in the Dialogue For Peace Programme, which aimed at bringing youth and adults from different ethnic groups across Nigeria together using transformative dialogue to understand diverse viewpoints. 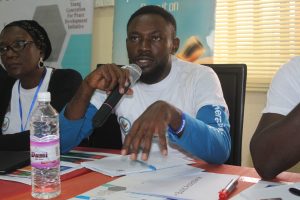 Eager to help build a more peaceful society, Mendie actively participates in an Arts and Advocacy For Peace Programme session

Equipped with the newly developed skills from the programme, Mendie was convinced it was now time for him to play a part in transforming the negative mind-sets towards “others” he had unfortunately seen and experienced. He was thrilled that the Dialogue For Peace Programme led to the implementation of the “United in Diversity” Arts and Advocacy For Peace Programme, which is aimed at promoting peace messaging, reducing hate speech and any other act that threatens unity.

Working to promote peaceful coexistence and positive messages helped ease his feelings of non- belonging. He knows it does not matter if he is from the North or the South. What matters is his passion to contribute and build a more peaceful society.