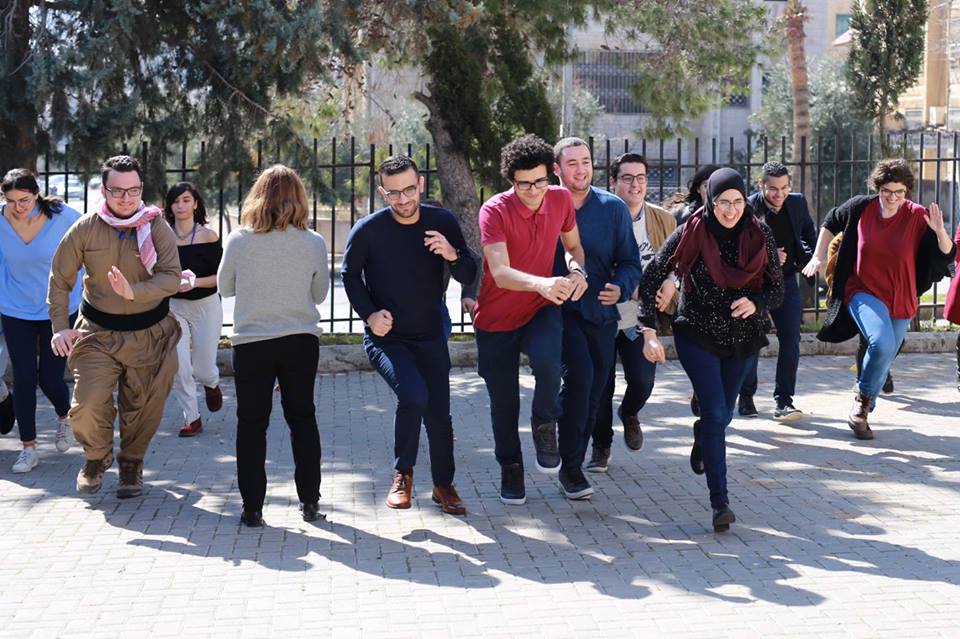 Last month, the United Nations Alliance of Civilizations (UNAOC) hosted a week-long workshop in Amman in collaboration with Generations For Peace (GFP), hosting 20 young peacebuilders from 12 countries across the Middle East and North Africa region. Shadi was one of those peacebuilders.

“You are different from them.”

This is what Shadi had grown up hearing most of her life. Her parents had raised her in an English-speaking atmosphere, with plans of migrate from their home in Tehran, Iran to the United States. However, these plans never came to pass. Yet Shadi continued in her westernised education in the middle of one of the more traditional eastern and religious settings on the planet – in fact, to hear her put it, the ideas she was introduced to were the polar opposite of the values by which she was surrounded in her community. Perhaps nothing represents this more than the fact that she expressed an interest in learning French before she learned Farsi, the native language in Tehran and greater Iran.

Fitting in with those around her was never easy thanks to her education and upbringing, though she seems to have no regret in this experience. Despite the fact that her family was never able to immigrate to the United States, however, she often felt as if she could relate, even just slightly, to the social challenges facing so many immigrants around the world: the feeling of difficulty in finding friends with similar interests or outlooks, the recognition of her own marginalisation from her community and the other children within it, the exclusion based on her differences, and the loneliness that followed suit.

When she looks back, though, she realises that this is the reason she came into peace building. It wasn’t a conscious decision, but rather deep, almost instinctive drive that led her to the field and, eventually, to the UNAOC’s Young Peacebuilders programme. 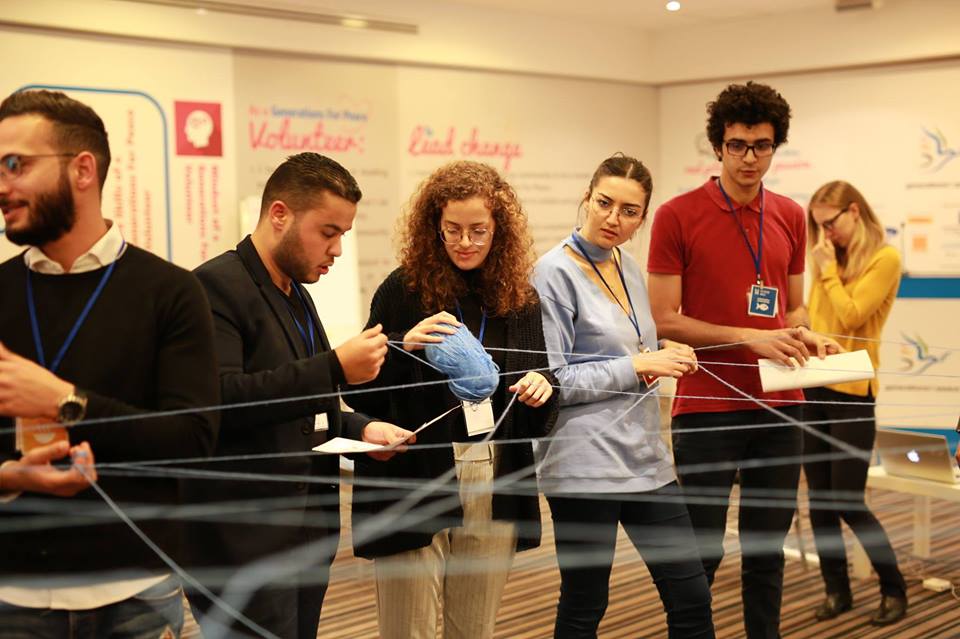 It all began when she started teaching English and French at the age of 17, reaching a unique group of people with almost eccentric linguistic goals for where they lived and worked. What she taught in terms of language them was certainly significant, but what they taught her in terms of the power of reaching out to people – of a human connection beyond simply the knowledge being passed on from one to another – was life-changing.

When she began attending university, Shadi learned another valuable lesson: the impact of youth on society. She and a group of her friends founded a drama group that staged a bilingual play in both English and French, which drew crowds beyond what they had ever imagined. All this without some “adult authority” – it was just a group of youths, impacting a campus and a community with art. And it was working: people were being receptive, engaging with them, learning through the performances.

Riding on the thrill of their theatrical success, Shadi began to expand her interests, joining more campus groups and organisations and eventually finding AIESEC, the world’s largest non-profit, youth-run organisation. With over 1000 members, it was the most expansive youth network and platform for social change, empowerment, leadership, and cultural exchange in Iran. Doubling down on her efforts to expose one culture to another, expanding her focus from primarily linguistic to include a range of other cultural aspects, Shadi worked her way up through the organisation, and was named Outgoing Exchange VP in only 6 months.

As she continued her work, she began to notice that something was missing: the “peace” in AIESEC’s vision, “Peace and fulfilment of humankind potentials.” Despite their efforts as an organisation, interns from Oman were consistently neglected by peers and often shunned in their positions in Iran and the media was aggressive and tense in its outlook toward Arabs. There were both trends that contradicted AIESEC’s purpose, vision, and mission. Shadi decided that something must be done. Inspired by a network of youth she met while in a conference in Asia to do more, Shadi, upon returning home, drafted five proposals to present to the UNFPA in Iran. However, not a single one was accepted, as peace was not a part of their agenda at the time.

More and more, Shadi was finding it hard to reconcile the fact that we so often claim to be peace builders, but we fail to adhere to the values we believe in. 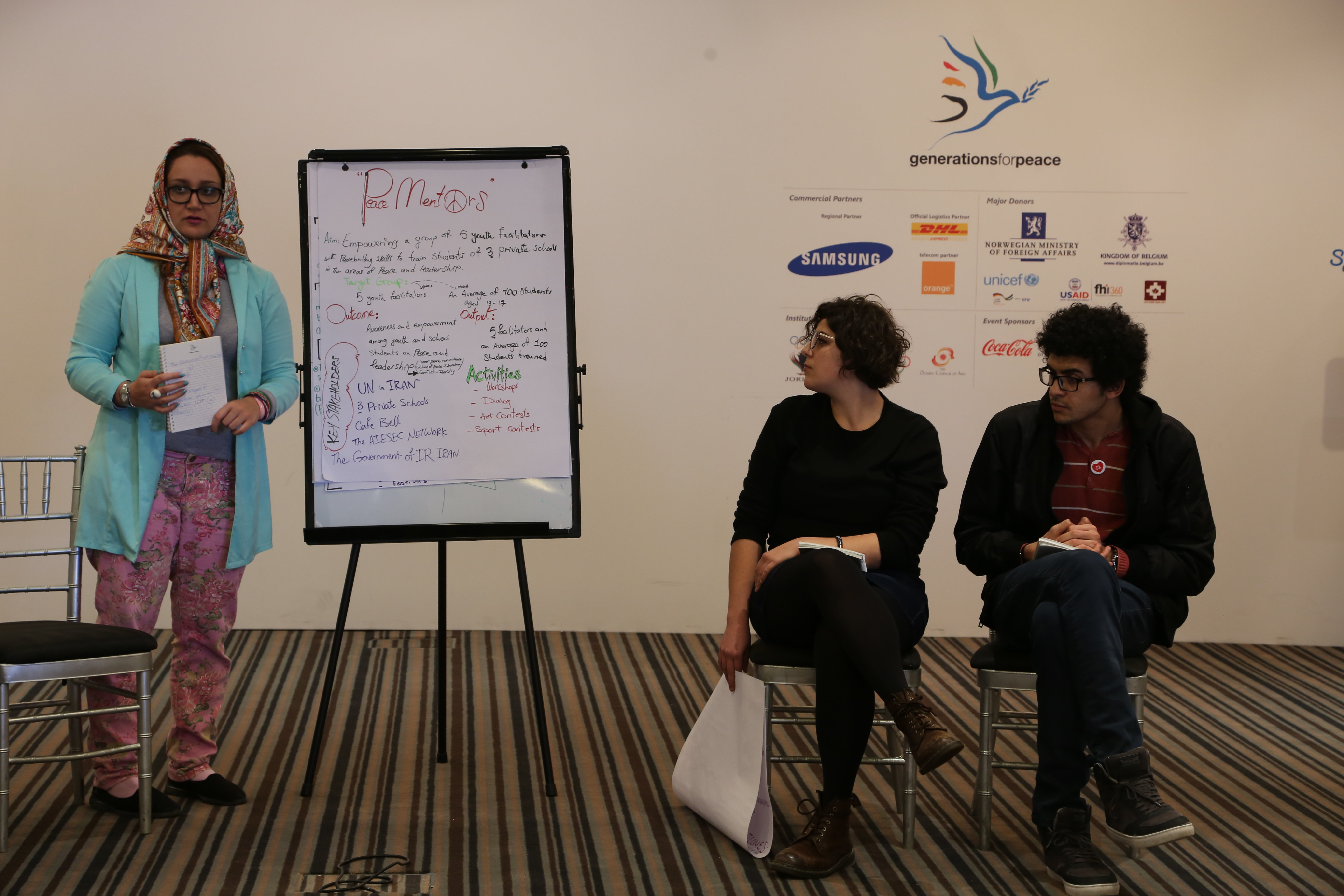 This is what led her to the UNAOC programme and its workshop in Amman. Surrounded by young, like-minded individuals passionate about peace building and driven to do all that they can to impact their communities and create a better future, Shadi was again reminded of the importance of youth and their varying roles in building peace on a global scale from within their own communities.

The workshop is the second of a four-part programme designed to engage young women and men, supporting the growth of networks of young peace builders who are equipped with the tools to address prejudice, stereotypes, and polarization in order to build inclusive and peaceful societies in their communities and around the globe. Shadi and the 19 other participants engaged in activities that allowed her to share with and learn from the experiences of the other young peacebuilders by whom she was surrounded. Each have returned back to their communities and contexts with refreshed drive, new ideas, and inspired perspectives based on all they have learned.

For Shadi, this looks like empowering others to take on the challenge of building peace, doing what she has done in her life and even more for their own communities. “What we’ve learned and experienced here will impact many people because we are working in a situation where networks keep expanding and awareness is being raised among people,” she shared, reflecting on the UNAOC’s programme and workshop. As she has now returned home to Tehran, Shadi has continued in her mission to spread and build peace by whatever means available, using her skills to connect with all different types of people and  promote intercultural awareness, interaction, and engagement.