Sport for the protection of displaced young people 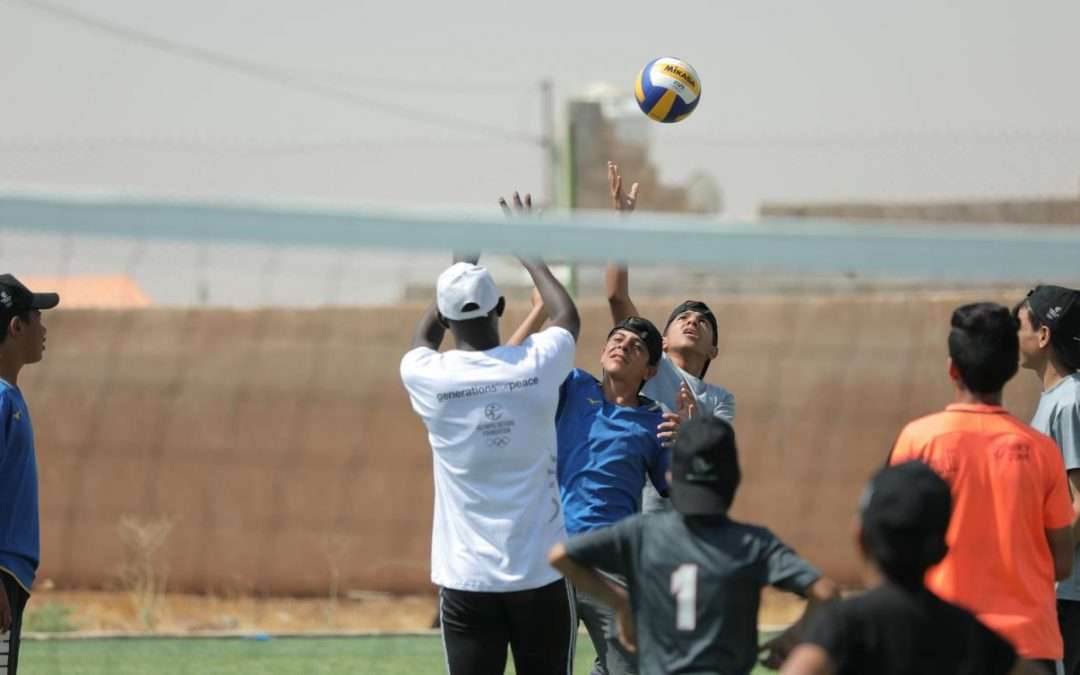 sportanddev.org- 23 September 2020 – Generations For Peace has been using sport as a peacebuilding tool in Jordan, a country hosting the second-highest number of refugees per capita in the world.

Since the beginning of the Syrian war in 2011, nearly half the population fled to neighbouring countries forcibly displacing more than four million registered refugees. Jordan hosts the second-highest number of refugees per capita in the world with 48% of the refugees being children, in addition to the millions of Palestinian and Iraqi refugees already in the country.

The refugee influx undoubtedly places growing pressure on the host country’s infrastructure and resources; however, many challenges face these vulnerable populations when they reach their new destinations. In addition to the lack of access to health care, housing, education, and employment, many face little acceptance and inclusion by the host communities. While this transition is extremely hard for adults, it is usually even harder for children and youth who become victims of discrimination and abuse, and many of their basic rights may be violated due to their displacement.

Various methods have been used to help displaced people combat these challenges however, sport and physical recreation proved to be one of the successful ones in improving the overall status of disadvantaged children and youth.

Sport contributes to the physical and mental well-being of people by bringing them together, breaking down barriers, and building trust and a sense of inclusion within host communities. Sport creates common goals and interests between participants which helps overcome differences in a fun and safe environment to promote peaceful co-existence.

The Jordanian government has put real effort into accommodating the needs of the refugees and creating a safe and welcoming environment for them with the support of several organisations such as the UNHCR, UN agencies and multiple local and international NGOs, including Generations For Peace (GFP) which has been an advocate of sport as a peacebuilding tool to promote unity and social cohesion in communities since its foundation in 2007.

GFP’s CEO Mark Clark shares “GFP Sport For Peace activities […] harness the same energy of sport play, and the power of team dynamics and joint effort towards achieving a goal, but with the aim of changing attitudes, behaviour, and relationships of the participants.”

GFP’s programmes, including Nashatati and Maharati, address the increased tensions and conflicts between Syrian refugees and the host communities through unique activities that engage students in selected public schools and youth centres across the country, by fostering life-skills development, tolerance, and social cohesion in a safe environment.

In 2019, GFP announced a new three-year partnership with the Olympic Refuge Foundation (ORF) to promote social cohesion among refugees and Jordanian youth in 108 schools and 76 youth centres across the country using sport-based activities. During the same year, GFP announced a new partnership with Laureus Sport for Good designed to engage Syrian refugee and Jordanian youth in local host communities using specially-designed sport-based games and activities which aim to foster resilience and youth leadership among these youth.

GFP has also expanded its efforts globally by piloting its first US-based youth-led peacebuilding programme “Youth Sport and Arts for Resilience (Youth SOAR)”, in collaboration with Laureus Sport For Good Foundation USA (Laureus USA) and Gary Comer Youth Center in Chicago’s South Side which uses arts and sport-based activities to strengthen the resilience of Chicago’s youth who are most vulnerable to violence.

In recognition of the power of sport in its ability to promote tolerance and sustainable peace, HRH Prince Feisal Al Hussein, Founder and Chairman of GFP and President of JOC, once stated:“ […] the power of sport and its ability as a universal language to bring long-lasting sustainable peace in times of conflict and violence, tackle serious human rights issues and promote tolerance and responsible citizenship.”

Sally Bisharat is a Communications Specialist at Generations For Peace. She supports on implementing GFP’s communications strategy, leads on several projects and develops content and material to support various needs.