Supporting Young Peacebuilders Matters: Why the World Needs the US YPS Act 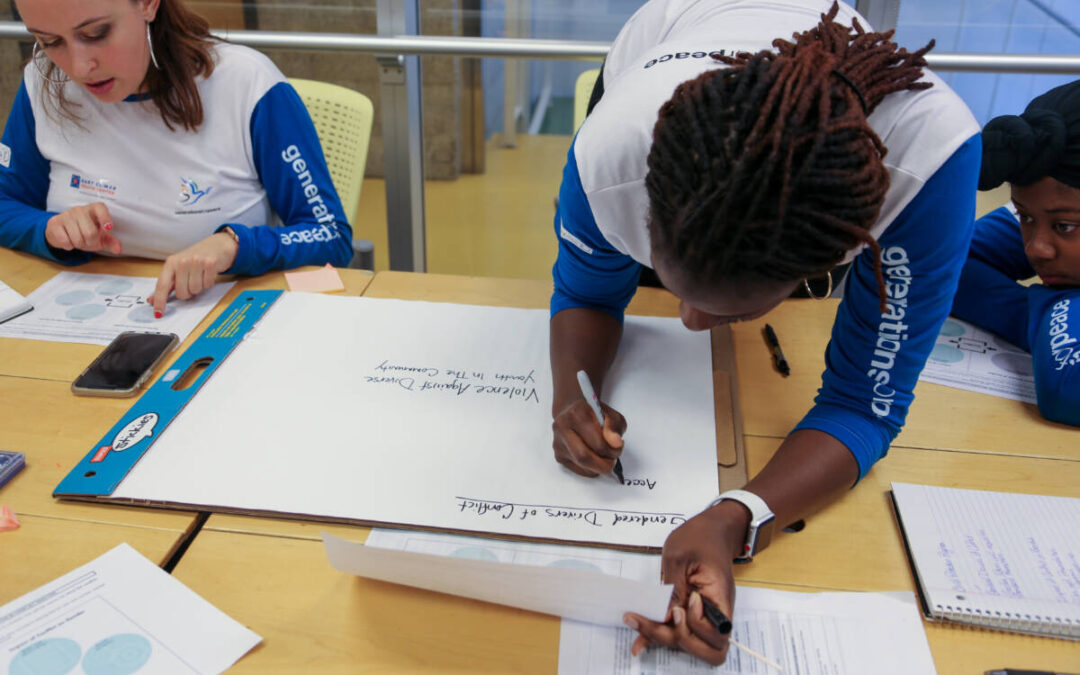 Globally, over 400 million youth live in areas plagued by armed conflict. Many countries are seeing their highest levels of violence in decades, and conflict continues to ravage the world. Due to this, Generations for Peace USA (GFP USA) has partnered with the US Youth, Peace, and Security (YPS) Coalition to promote the US YPS Act in US Congress, which would support youth peacebuilders across the globe.

GFP and the US YPS Coalition understand the importance of centering young people in the creation of a better world by ending the conflicts they face every day. War and armed conflict in particular traumatize and kill countless people across the globe, and youth have a responsibility and interest to step into positions of leadership and build peace. This is what the US YPS Act does—it provides support to young peacebuilders in order to get their voices heard and begin ending the violence they face every day. The United States through its foreign assistance programs and role in geopolitics is well equipped to aid in this crisis, and so it is crucial that America develops a national policy that supports global youth engagement in peacebuilding.

As a young peacebuilder myself, I am endlessly grateful for the opportunities I have had to get involved in this legislation through GFP USA as a Peace Policy Intern and partner in the US YPS Coalition. This experience has let me share my perspective as a young person looking to build a lasting peace around the world, and has gotten me directly involved in peacebuilding initiatives, including advocating for the passing of the US YPS Act. Knowing the satisfaction and sense of purpose this has given me, and knowing I am contributing to saving lives around the world by working towards ending violent conflict, has given me an even greater passion for peacebuilding, and I want more young people everywhere to be supported to meaningfully participate in peacebuilding. If as a country, America has the chance to uplift and aid youth globally as they create transformational change in their communities, it is absolutely imperative that we do so. The work they do must not go unnoticed, and it must not go unsupported.

Statistics from the UN World Population Prospects estimate that there are 1.3 billion 15 to 24-year-olds in the world, and nearly one billion of them live in countries that have a much higher potential for conflict to occur. The passage of the US YPS Act is a vital step towards getting the United States committed to not only acknowledging the extraordinary work of young peacebuilders in ending conflict across the globe, but also tangibly supporting their efforts. There is strength in numbers, and America has the opportunity to support young people who live and work directly in building peace in these conflict-affected areas. Nobody knows the struggles they face better than they themselves do, so it is crucial that we do everything in our power to uplift them.