Syria Was Once Heaven 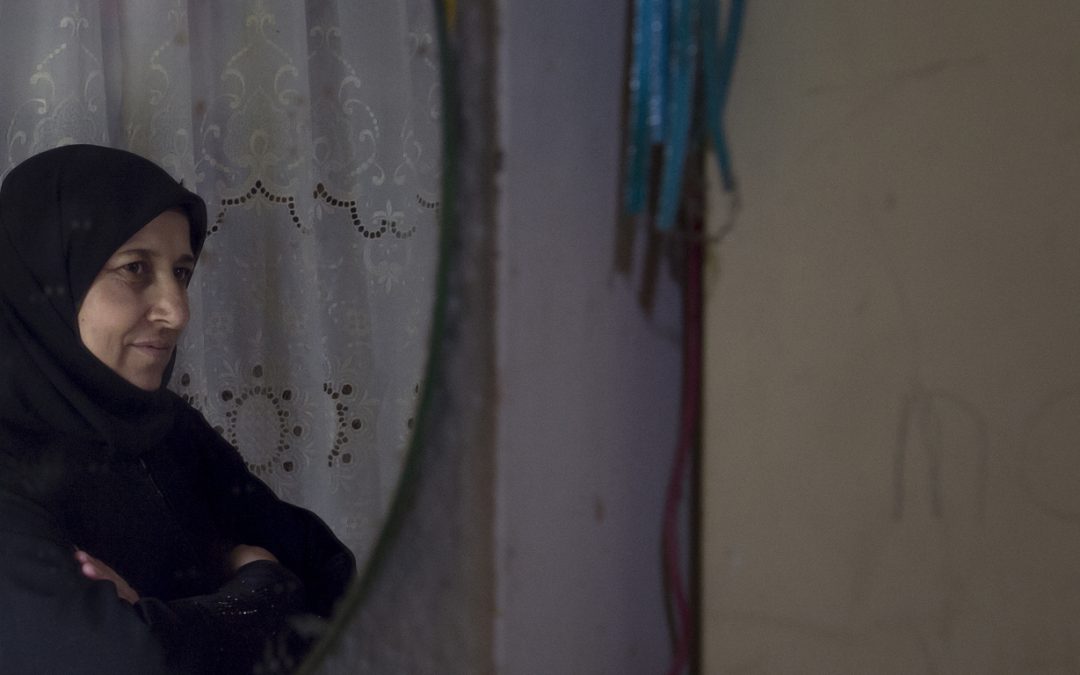 Since the Syrian war began in 2011, more than one million people have fled to Lebanon seeking safety and shelter. Today Lebanon has the world’s largest number of refugees per capita. One in four people in Lebanon is a refugee.

You are standing in a room that is less than 15 square metres. A light bulb flickers overhead, throwing a harsh light across a room that in reality is no more than a box. Foam cushions form a makeshift sofa/bed, and although they should offer a brief respite as the day comes to an end, you feel the cold slabs beneath you as you lay you head down to rest. A television hums in the background barely drowning out the incessant whirring of a generator that sits precariously by your only window. Washrooms are shared with dozens of families and your water source is a rickety pipe that scales the stained walls of this decaying building.

But you are never alone, because within the walls of this collective shelter live many families like yours. They know your pain. They also lost everything.

This is where Nariman lives. In a room with her family. 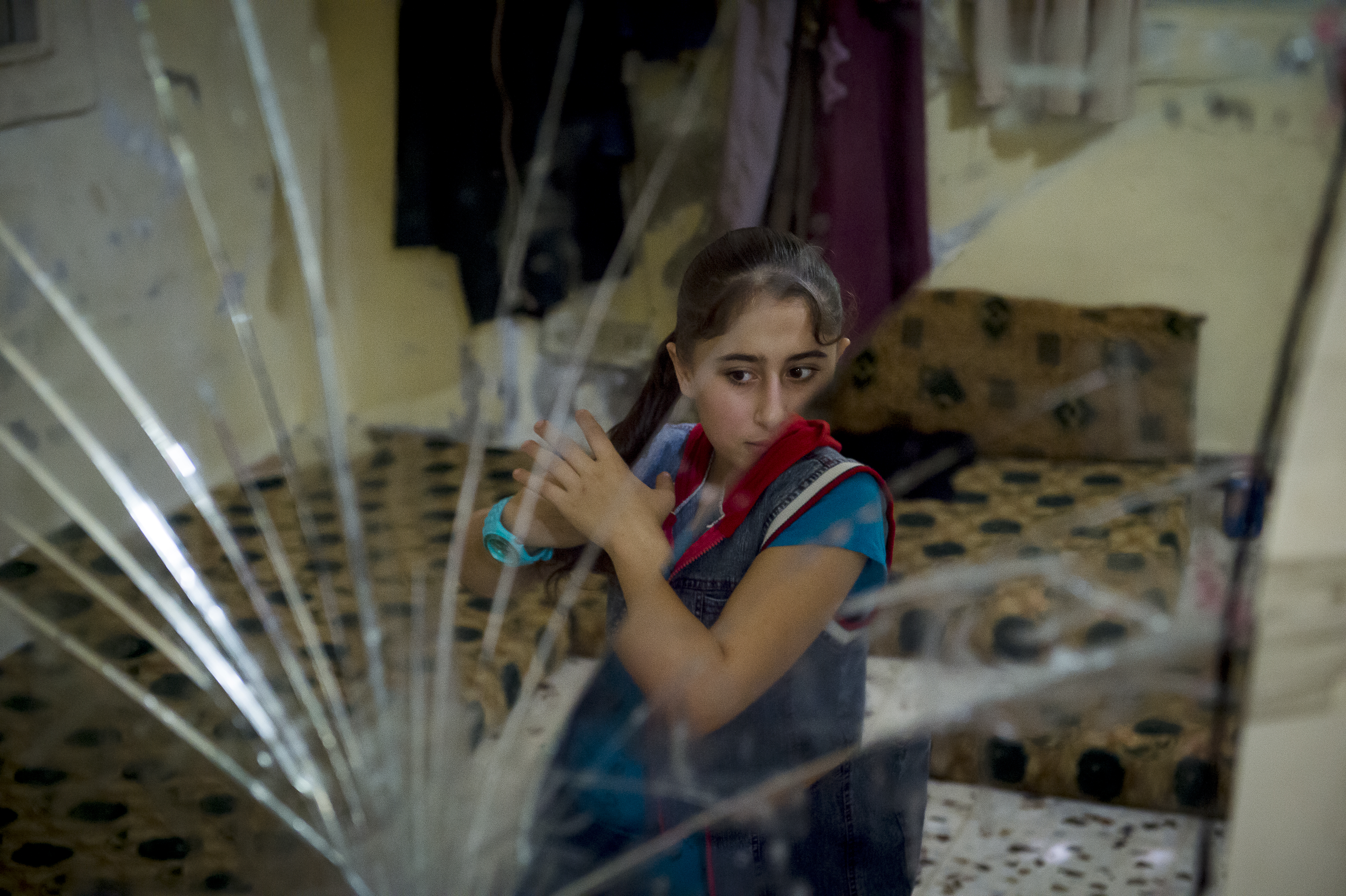 Nariman: “I’m 13 years old and I come from Aleppo. We came here two years ago because of the bombing and destruction. Our house was destroyed and we couldn’t stay there. I have four brothers; I don’t have sisters – I’m the youngest. Three of my brothers went to Germany. As for our relatives in Syria, no one is in Aleppo due to the destruction of the city. Maybe one or two families are there still but the rest have fled to the countryside – the majority left to Turkey. We speak to each other almost every month. Every time we speak they cry and ask us to come back and stay with them in the countryside where it’s safe.” 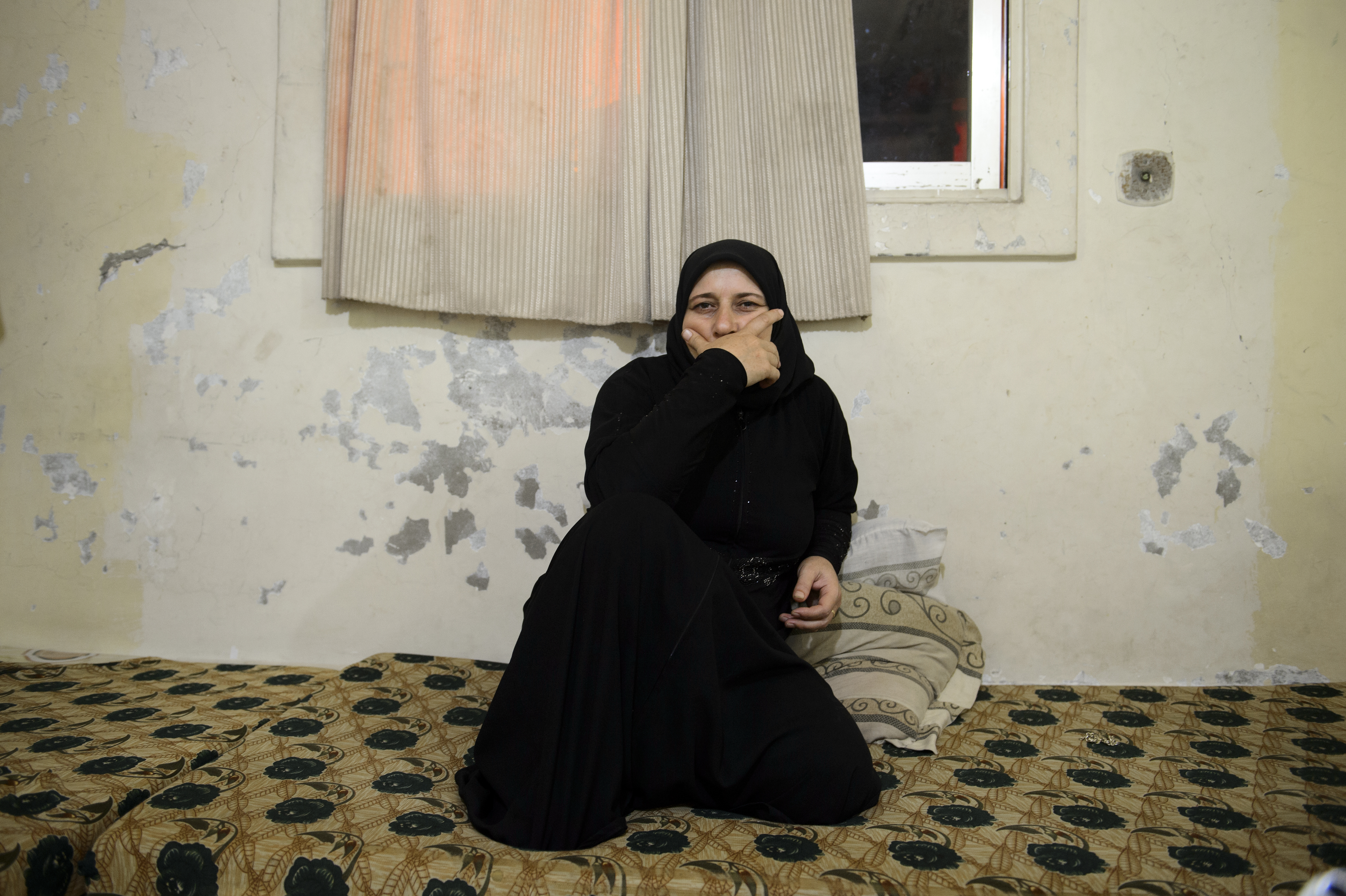 Khadija (Nariman’s mother): “I have five children. We used to live in Syria and we were happy. All of my children went to school except for the eldest who is handicapped – he used to go to a special school. He couldn’t handle work or school, so we suggested that he learned a profession so he can provide for his family when he gets married. I owned a large grocery store to provide for my children. I was happy – we had built a house. My husband and I were separated for almost six to seven years but life was good in general, it couldn’t get any better. We had our dignity and pride. We had money and everything, until the day came when we lost everything.” 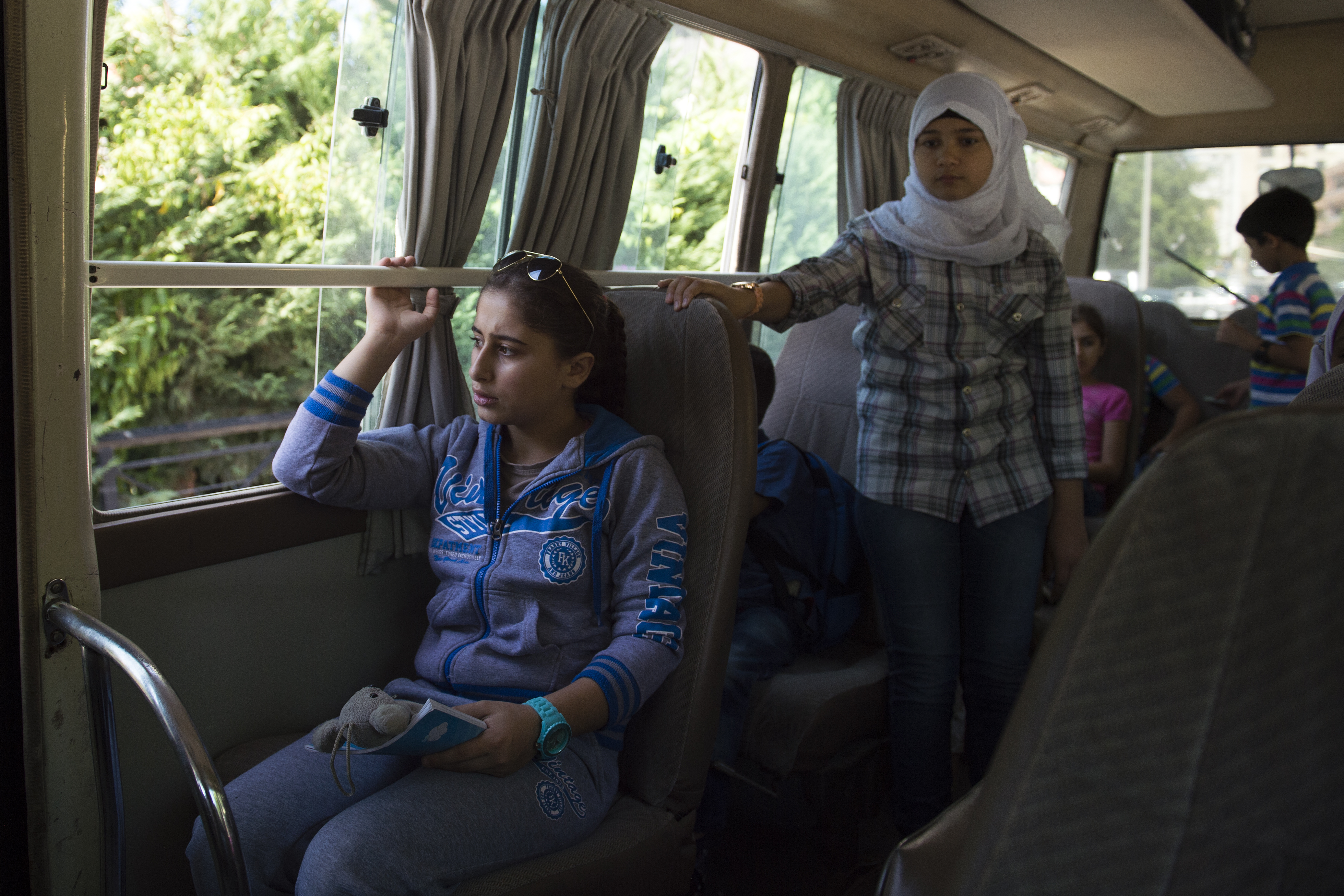 Nariman on her way to school in Lebanon

Nariman: “I was very upset about leaving Syria. My friends and relatives cried when we left. I was deeply affected by it as I never wanted to come here at all. I’d rather have stayed in Syria. First, we left to the village in the countryside where we stayed for a couple of months but we couldn’t cope as we weren’t used to it so we went back to Aleppo, took our clothes and left to Lebanon.” Although she was sad to leave Syria, Nariman was also relieved to no longer fear for her life: “When I first arrived in Lebanon we settled in Jezzine. I was truly happy for the first few days because I couldn’t hear any bombing or see any blood on the floor, but I’m no longer happy because I’m far away from Syria.” 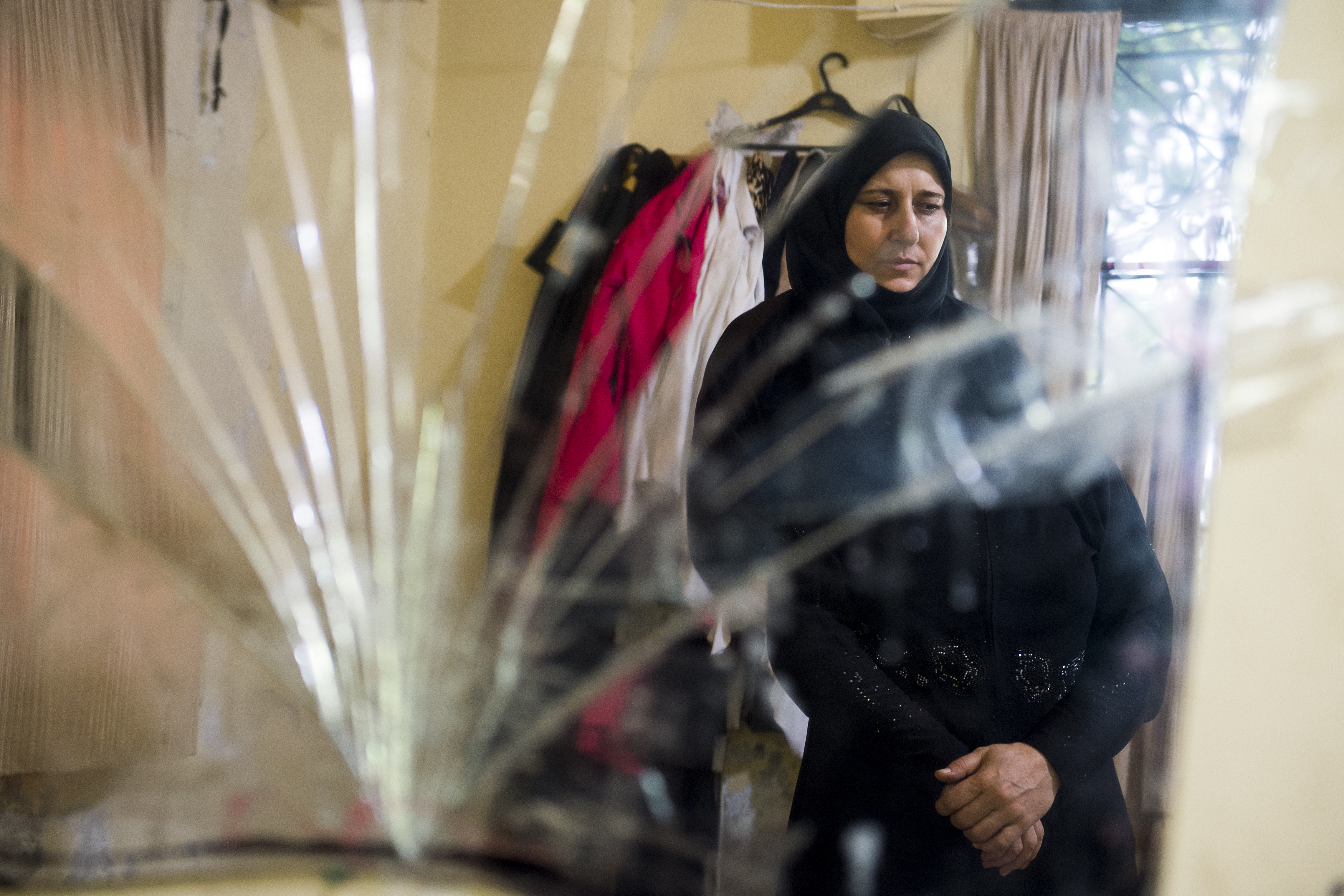 The room where Khadija and her family live

Khadija: “We were in our house in Syria and I sent my sons to call their brother in Lebanon…then the artillery bombing started – there were multiple attacks during the evening. My sons hadn’t returned home, so I left the house barefoot to look for them. I knew they were going to the post office to call their brother and I’d heard that the strike targeted the post office, but thank god my sons weren’t there. They returned home. We escaped early in the morning with aircrafts hovering above us. I’d already packed up my children’s belongings and almost everything else because I knew that at any given minute I’d have to leave. We took our belongings and left from our house to Karnak, where we boarded the bus – it was a two and a half hour walk. The bus driver was frightened to death and instructed everyone not to crowd around because the air force could strike at any gathering they noticed.” 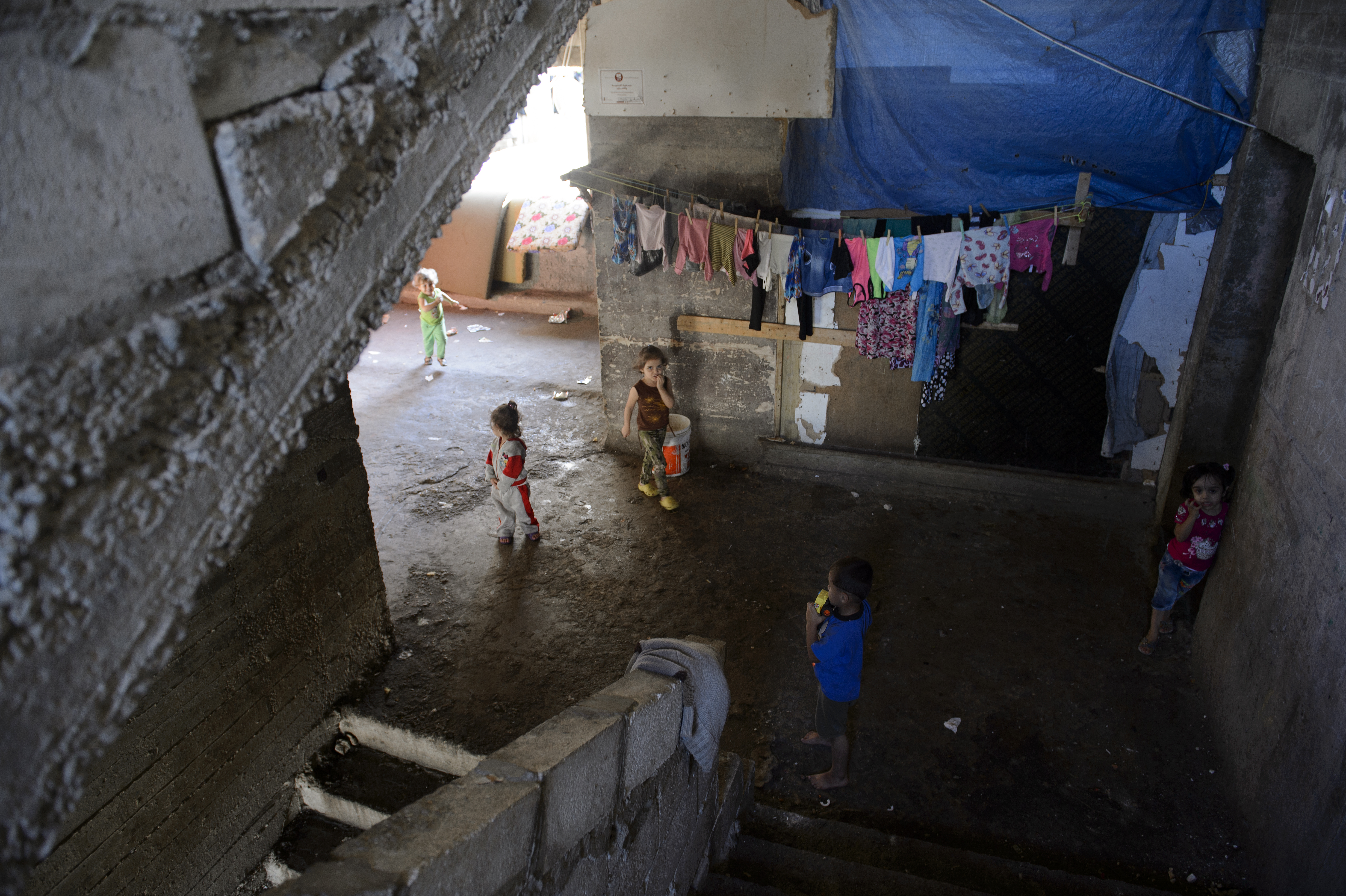 Nariman: “Dad doesn’t live with us. He was with us in Syria two years ago but one day he went to work – he’s an Arabic teacher – and didn’t come back. We tried to search for him but found out that he was taken by ISIS. He was missing for a year and a half. When the fighting started between the Free Syrian army and ISIS all prisoners were released, my dad was among them. He called us and came to Lebanon only to find out that he had tuberculosis. The doctor said that he needed to be treated in an isolated room and that he couldn’t stay with us. He went to Syria through the Turkish borders where he was treated. He returned to work but was captured again…we still haven’t heard anything about him.” 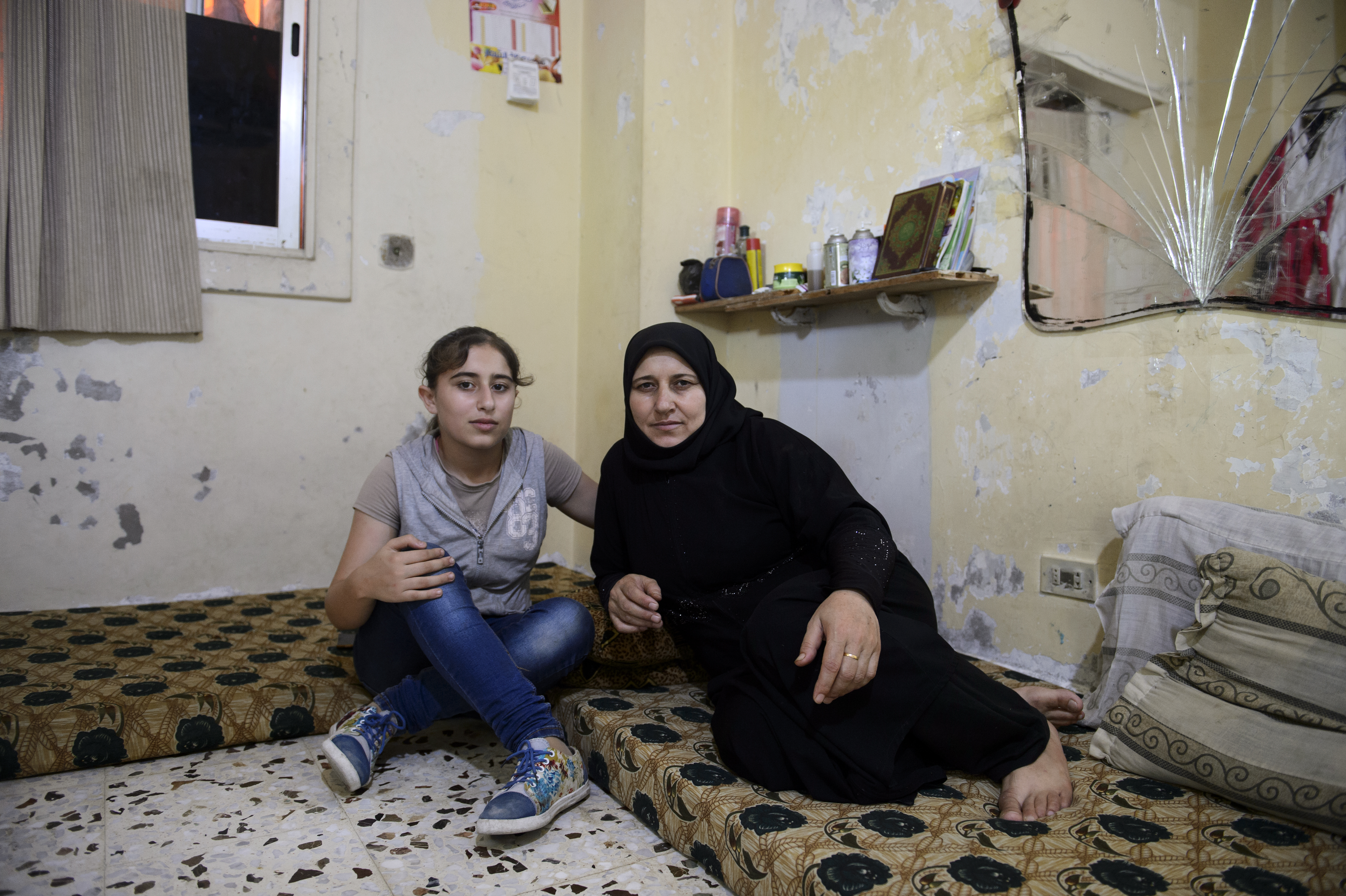 The life Nariman and her mother lead today stands in stark contrast to their previous life, which is no more than a memory they desperately cling to. Khadija: “What I now wish for my daughter, my son and everyone else is that the situation in Syria gets better. I hope that they finish their studies, along with other children of their age, and that their generation returns to Syria to rebuild it. I feel lost. I’ve never been separated from my sons before. I don’t want anything now other than the chance to be reunited with my sons.” Khadija points to the splintered mirror on the wall and explains that it represents how she feels inside – fractured with a broken heart. 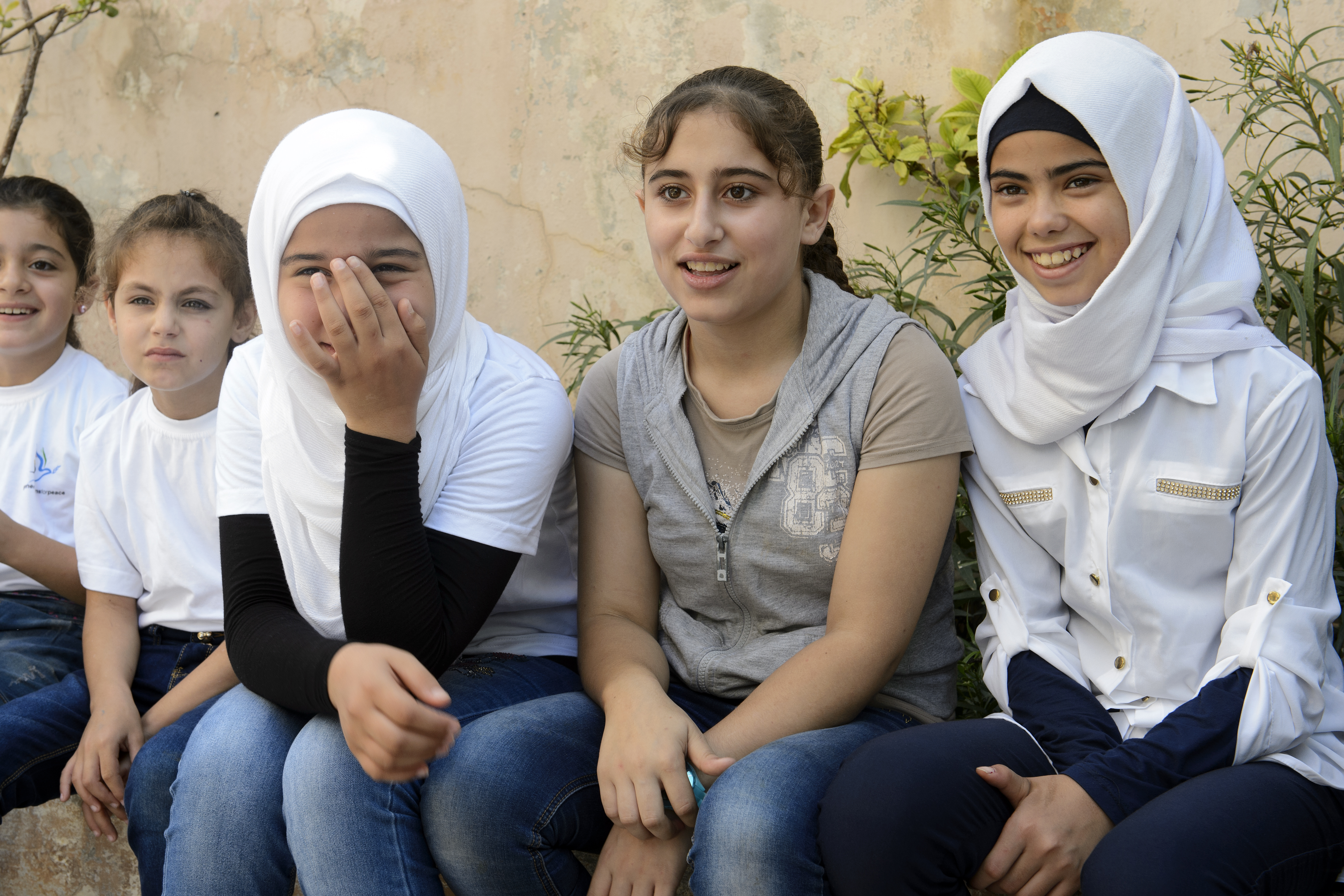 Nariman with children and youth from the shelter

Nariman: “I rap and when I do it’s about Syria. I like Ismail Tamar, he’s a good singer. He sings about how Syria once was – there’s a song called ‘Syria Was Once Heaven’. He also wrote a song about Aleppo along with many about the bombings and refugees. His songs are so beautiful.” With home weighing heavily on her mind, she adds: “What I miss most about Syria is that I spent all my life there – all my memories are still in Syria. I dream of continuing my studies, so I can become something in the future and go back to Syria. Everyone must study in order for us to rebuild Syria again. If we don’t rebuild it, then who will?”

Although Nariman knows the road ahead is long she is determined to return to Aleppo one day: “The dreams I spoke of must be pursued endlessly in order to become true, but we must have patience and perseverance and never give up.”

** Earlier this year Generations For Peace was awarded a grant from the European Union, through its European Instrument for Democracy and Human Rights, to implement a programme that focuses on social cohesion and promotes the respectful practice of human rights. The programme, which is conducted in collaboration with Development for People and Nature Association and the Beirut Centre for Development and Human Rights, will benefit 6,000 vulnerable Lebanese, Syrian and Palestinian youth and community members. Through sport and arts-based activities volunteers will work with communities greatly affected by the Syrian refugee crisis. Keep an eye on GFP’s YouTube channel for a new video coming shortly.