The Difference between Changing Attitudes and Installing Metal Detectors 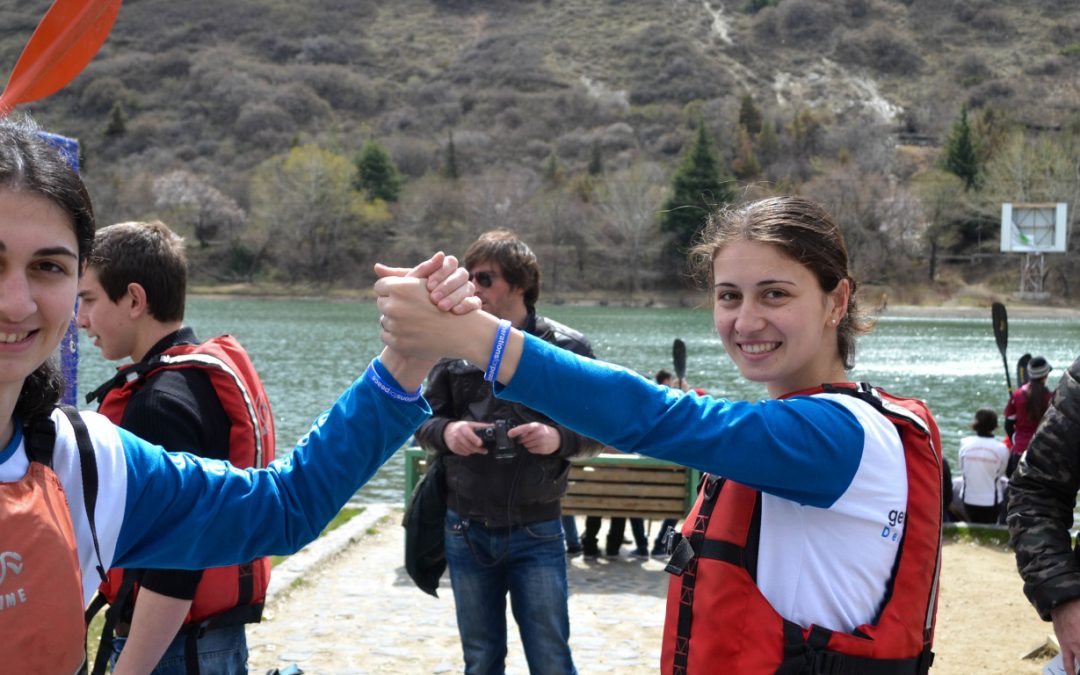 By Tornike Chargeishvilli, Lead Pioneer at Generations For Peace

Whenever we speak or think about children, all that comes to our mind is happiness, joy, innocence, hope, love, friendship, and many other positive feelings. After all, that is what children are associated with. But if something goes in the opposite way, it deeply concerns us all in a very strong way.

I have been volunteering at Generations For Peace since 2011, and have been working with children and youth in Tbilisi for over five years. Tbilisi is my hometown and the capital of Georgia. With 1.5 million inhabitants, it is famous for its multiculturalism and central location in South Caucasus, where I was born and raised. Every year it attracts thousands of people from various regions of Georgia seeking personal, professional, and career development. 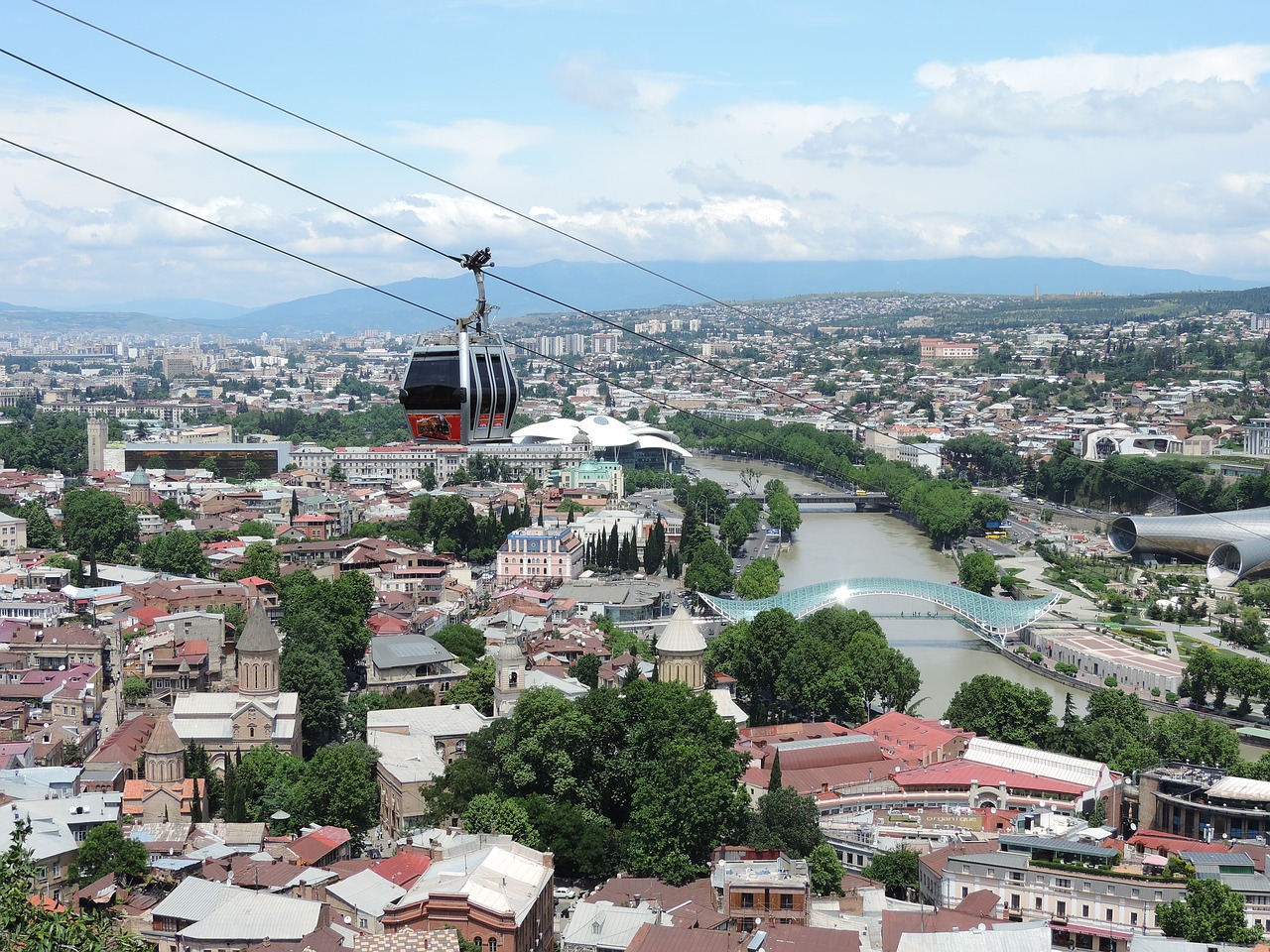 An “aerial cable car” hovers over the skyline of Tbilisi, Georgia’s capital

Tbilisi is the heart of my country, full of hope—but also full of social issues. That’s why recent events happening with the city’s youth have deeply impacted lots of hearts and minds, including my own.

Less than a year ago, in December 2017, there was a violent murder at a secondary school in the city centre. Fighting between two groups of young teenagers ended up with two students killed and 14 experiencing severe knife wounds before the episode ended. Though there were dozens of witnesses, no one has been charged, as almost everybody refused to co-operate with the police – including the parents of those involved.

In April of 2018, a mother was walking in the park close to the main state university with her two children. Without warning, the woman’s ex-stepfather attacked and lethally stabbed her in front of the kids, out of jealousy for his ex-wife, the woman’s mother and the grandmother of the children watching.

In May 2018, there was a demonstration in the city centre that had been surrounded by counter-demonstrators intending to violently disperse the peaceful protest. I, myself, saw many in their early teenage years among counter-demonstrators, warming up to fight. The hate speech they used in order to rally one another is the last thing I could ever have wanted to hear from such young people.

A week later, there was a demonstration against discrimination and homophobia organized by LGBTQ+ community, during which one of the demonstrators was beaten by a young teenage boy directly in front of a media camera, all the while an interview was underway.

The worst part of these stories to me is that the position of a large part of society was actually supportive of those initiating the aggression; many even tried to explain and justify these violent cases. It completely shocked me, pushing me to think about the root causes of such violence. By justifying and expressing a certain kind of tolerance towards acts of violence, society establishes a set of norms and values that later push and force individuals to commit acts of violence. So I asked myself—who is the victim in the very end, the actual subject of violence or the one who commits violence? Could it possibly be both the instigators and recipients of this violence? 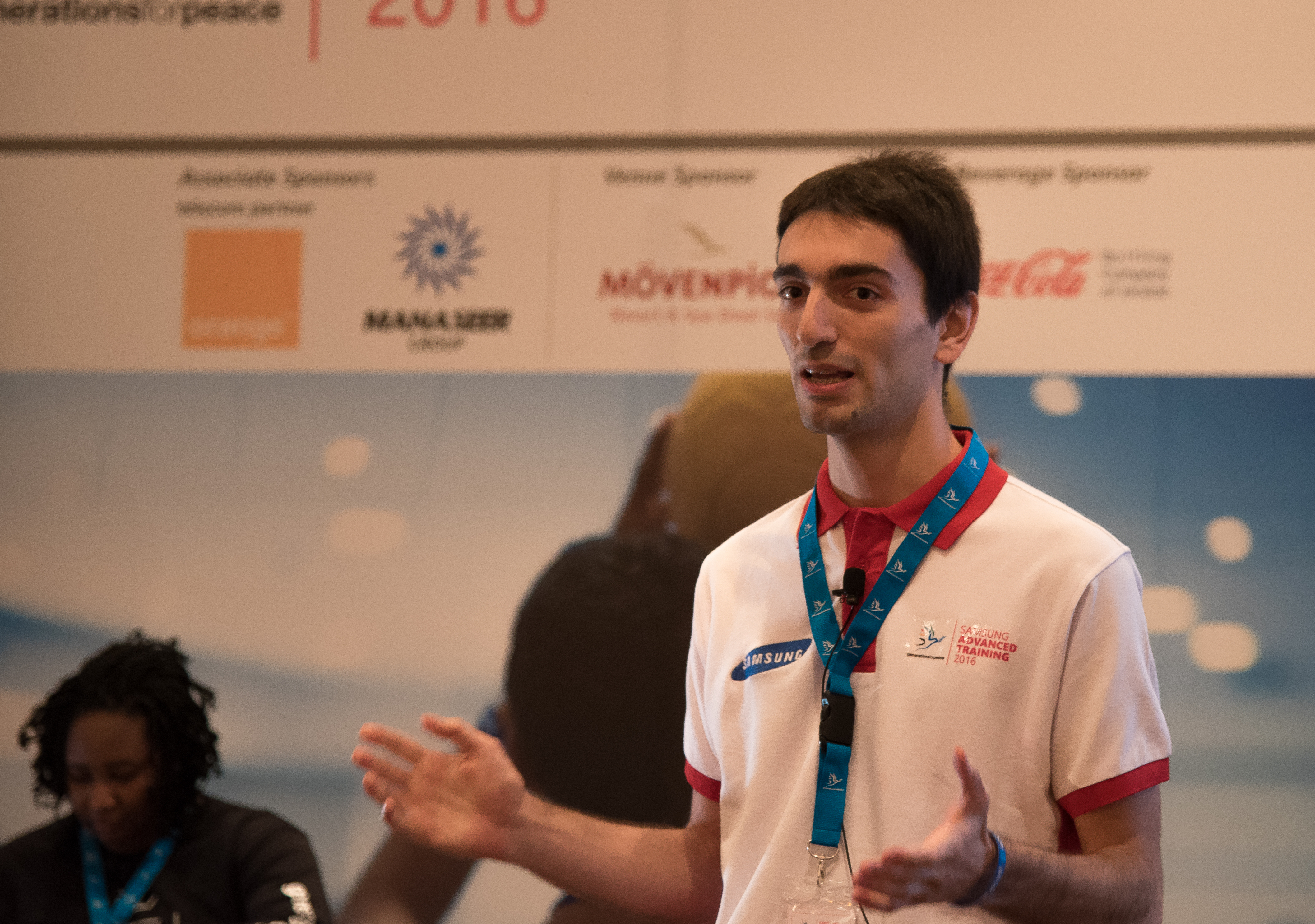 Tornike presents his experience, expertise, and insight, with other GFP Pioneers at Advanced Training

Each and every one of the characters mentioned in these stories are strongly interconnected. I can’t help but ask myself how these children could learn so much aggression and hate, what kind of adults they are going to be, what kind of society they are going to build, and what kind of culture made them as they are. Does their current position come from personal surroundings, such as friends, family, and school teachers, or from something more general, like the media, where we as peace builders could intervene to break that cycle of violence? I do not believe that any kind of metal detector or increased security forces inside or outside of a school can prevent violence or free teenagers from hatred and mental traumas. But unfortunately, steps like these are what governments often choose to do, and even what many in Georgia are pushing for. This is what a large part of society is looking for—simple solutions to deep-seated problems that do not dive deeply into the nature of violence and target conflict transformation through behavioural change.

To come to this realisation has been a very interesting and painful experience for me, especially because I find myself very worried about these youth and children. In the past six years, I have spent working with children as a Generations For Peace volunteer, and I have never felt such a strong urge to engage with people like parents, teachers, and more, who are in close relationship with our programme participants. Those people have the ability to leave a sustained positive impact on youths’ lives, but they also have the ability to make things more challenging. They are equally as important in the process of building peace as the actual programme participants, as they have a huge influence on them. 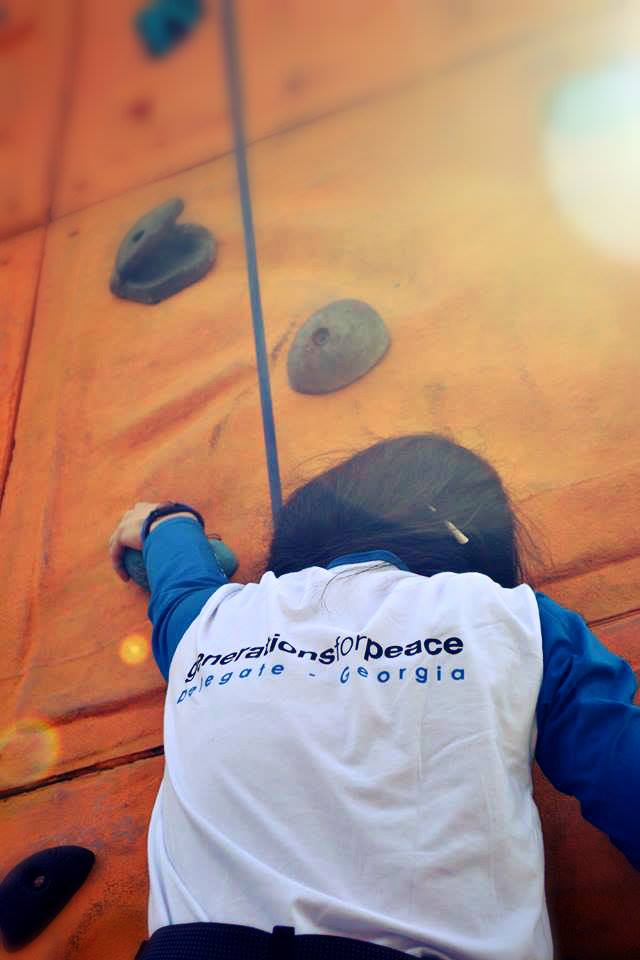 Another reason these events have influenced my outlook is due to my familiarity with them. I once heard the same stories when I used to go to school during my teenage years. But after I graduated and continued through my life, I thought incidents like these had ended—I had somehow forgotten about all of it as I have become involved in social activities and the volunteer community. Peace seems to be an everlasting process, not simply the result of one-time, single and short-term social peace initiatives. It never comes by itself or on its own, but rather needs to be reached first and then maintained. It requires constant care.

Peace can be taught and learned, as it consists of certain characteristics and skills and is about attitudes and mindsets. I have seen the transformation of difficult children right in front of me through our GFP Sport and Arts For Peace Programmes. Instead of placing metal detectors at the entrance of the buildings, I believe that a change in attitude is what is necessary in the effort to build peace. Instilling in youth a sense of leadership, understanding, and acceptance does far more to develop responsibility, trust, care, inclusion, and other characters that are essential to building peace.

It is so common for every community, country, and region to have hope and faith in youth and children to bring a better future. I do have that same hope, but only because of the successes like this experience, which come through working with children through carefully facilitated peace-building sessions.

Every peace builder has a crucial role in their communities, and that role is like a lifelong job—either through contributing to reaching the state of peace or in maintaining it or ideally; both. That’s what we all should remember as Generations For Peace volunteers and members of our communities. We must continue to pass it on—this is what we have heard many times as volunteers, and that is exactly what contributes to the unending support of peacebuilding.