The Military Highway: a Journey through Georgia (part 2) 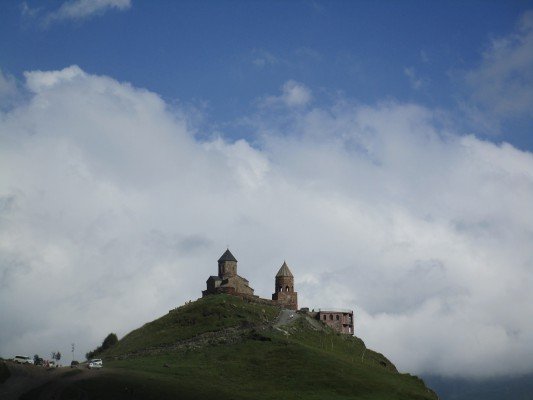 We continued along the military highway, which runs roughly parallel to the border with South Ossetia, to the Jvari (cross) pass. Named after a cross situated above the road, this is the highest point on the highway at 2,200 metres. From here, the road descends to the Kazbegi valley and the town of Stepantsminda. On a mountain top above the town is the 14th century Tsminda Sameda Church. In a dramatic setting, with a backdrop of cloud-shrouded mountains on either side, the weathered stone Church stands defiantly, visible for miles around. Beyond it is the permanently snow-capped Mount Kazbek, at 5047m. According to Georgian legend, it is here that Prometheus was chained to a rock as punishment for stealing fire from the gods and giving it to man. The mountain dominates the landscape and the culture of people who live beneath it. On a clear day Mt Kazbek can even be seen from Tbilisi.

From Stepantsminda the highway continues to the Russian border through the Darial Gorge. The landscape is different here. On either side jagged, rocky mountains rise up into the clouds and the road clings precariously to the cliff edge. After 15km, you reach the Russian border and beyond it the road continues, disappearing from sight behind a grey wall of rock. Eventually it reaches Valdikavkaz, the capital of North Ossetia. The name in Russian means ‘rule over the Caucasus’. 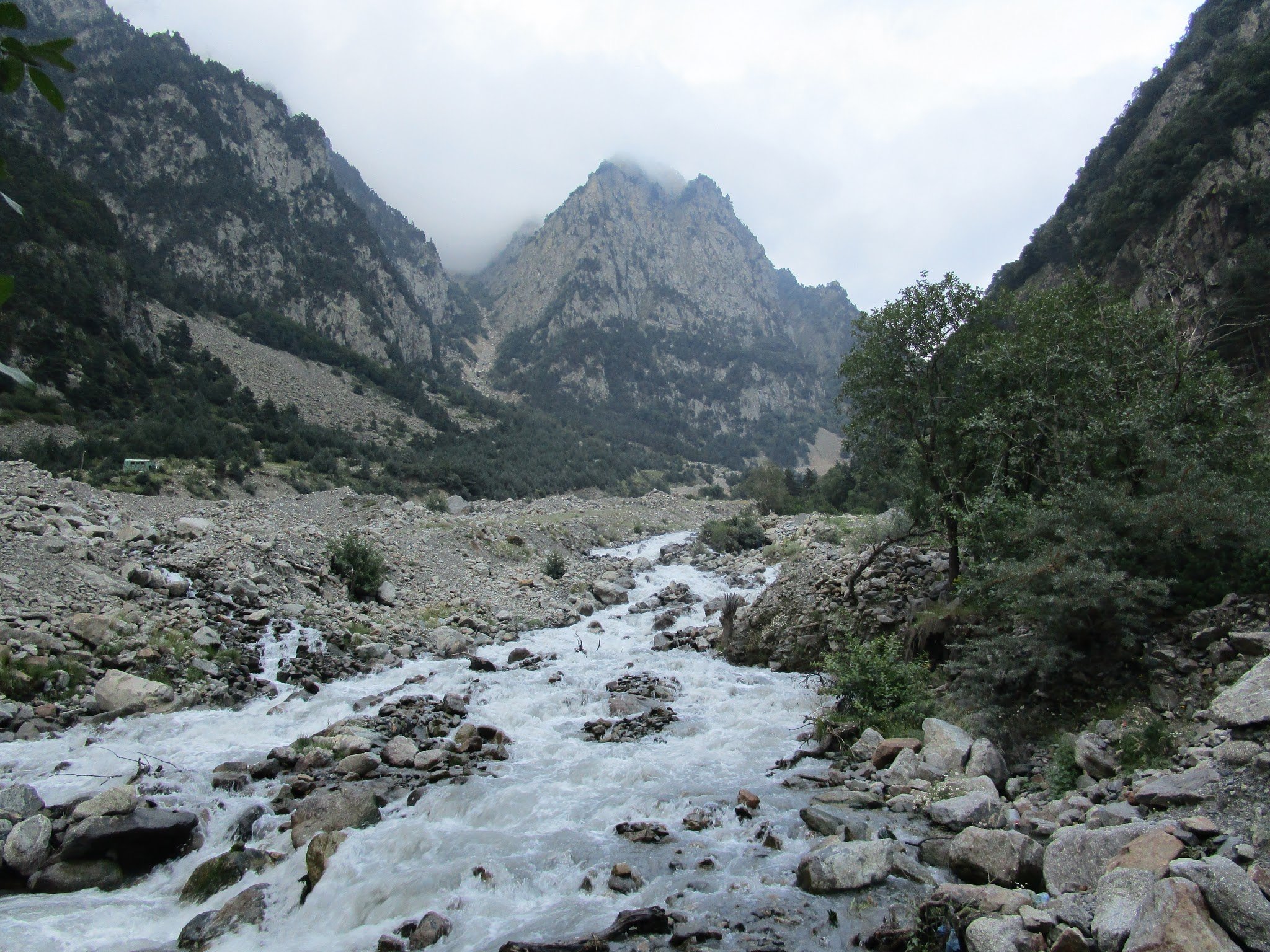 The border with Russia was reopened to Georgians in 2010, yet the relations between the two countries remain strained. The 2008 war temporally unfroze the conflict in South Ossetia. In August that year the Georgian government’s military response to clashes in the territory resulted in a Russian invasion. The short but destructive war lasted five days but resulted in the further displacement of 100,000 people. It furthered the estrangement between Tbilisi and South Ossetia. Moreover, it reversed the steady improvements of the previous 16 years and removed many opportunities for dialogue. The wild mountains of the Caucasus are still blighted by a conflict that remains largely unaddressed.

From the Russian border, we head back along the road to Tbilisi as the sun disappears behind the mountains. From the early medieval conversion to Christianity to the onset of Russian imperialism in the 19th century, from the colourful idealism of the Soviet Union to the ethno-territorial disputes of Georgia’s post-Soviet experience – the journey along the highway tells part of the story of this small, but beautiful country.