The Power of Listening – Reflections of a Pakistani Peace Builder 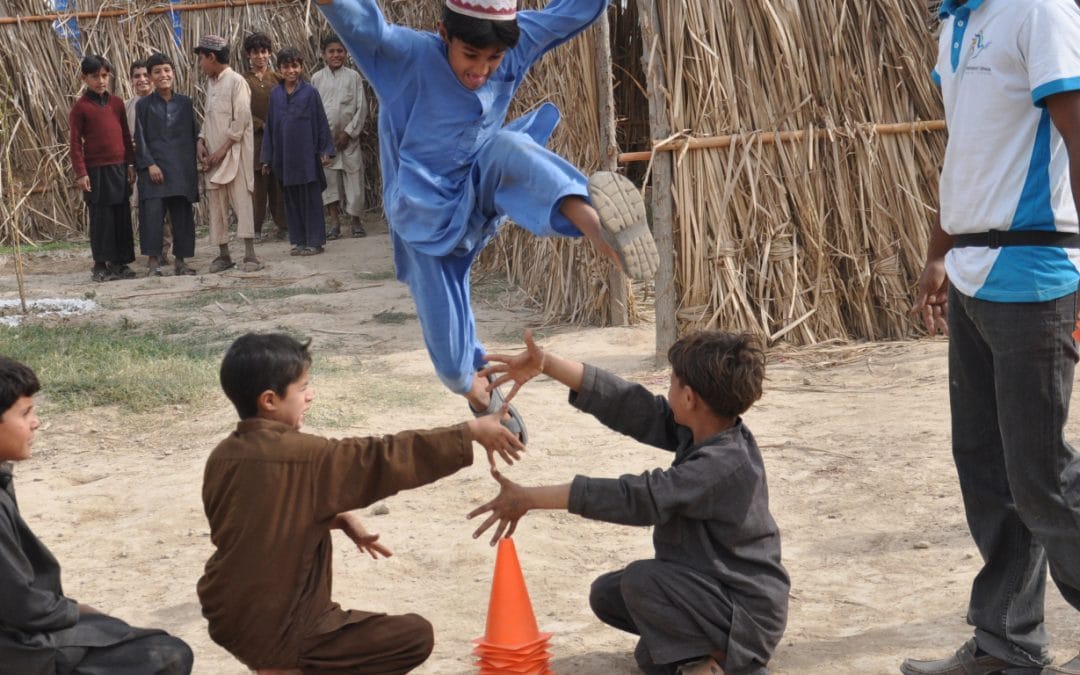 By Zahid Johnson, Pioneer at Generations For Peace

My beloved country has changed quite a bit.

I was told by our parents and witnessed some of it, myself: since 1947 and up until the early 1990s, there was a lot more tolerance and understanding in the midst of our differences.

As I was growing up, I saw many tourists visiting the northern areas of Pakistan. I remember from early spring to the end of summer we would see many foreigners cycling and driving in different areas. 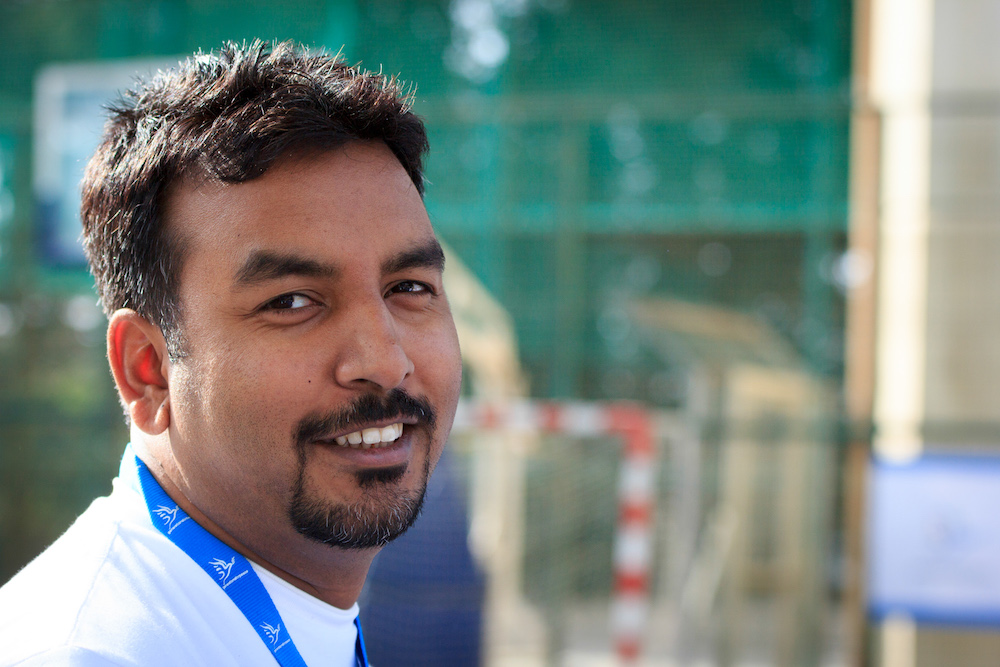 Zahid, one of GFP’s Pioneers, poses for a picture during a Sport For Peace activity in Pakistan

I grew up playing basketball with friends from different religious, ethnic, and socioeconomic backgrounds, and when we were in our teenage years, we never heard about suicide attacks on police, army, schools, mosques, and churches.

But as things progressed into the new century – from about 2005, onward – I began to note the changes in my country and our communities. Violence was rising, and divisions were widening. I had by then started to get involved in sport and development, so it seemed to be a good response to what was happening around me.

I started in 2004, using sport as a tool in helping youth, coaching and mentoring them by getting them involved in different basketball teams. Being a sportsman, I knew sport is one of the best platforms for bringing different religious, ethnic, and socioeconomic backgrounds together. It’s a great tool to build friendships and deeper understandings of others; using sport can even impart moral values onto different groups while bringing two sides of a conflict together. I had played basketball throughout primary, secondary, and university-level education, and my experience on the court was very useful in recognising the power of bringing youth together.

I first heard about Generations For Peace in 2009 and was very excited about the concept of using sport to bring divided communities together. After attending the Generations For Peace Amman 2010 camp, I was even more intrigued. The camp provided me with the opportunity not only to meet change agents from around the world, but also to hear about their experiences, which helped me see that we were not alone in the challenges we were facing in Pakistan – that there was hope through working together and making a real difference. 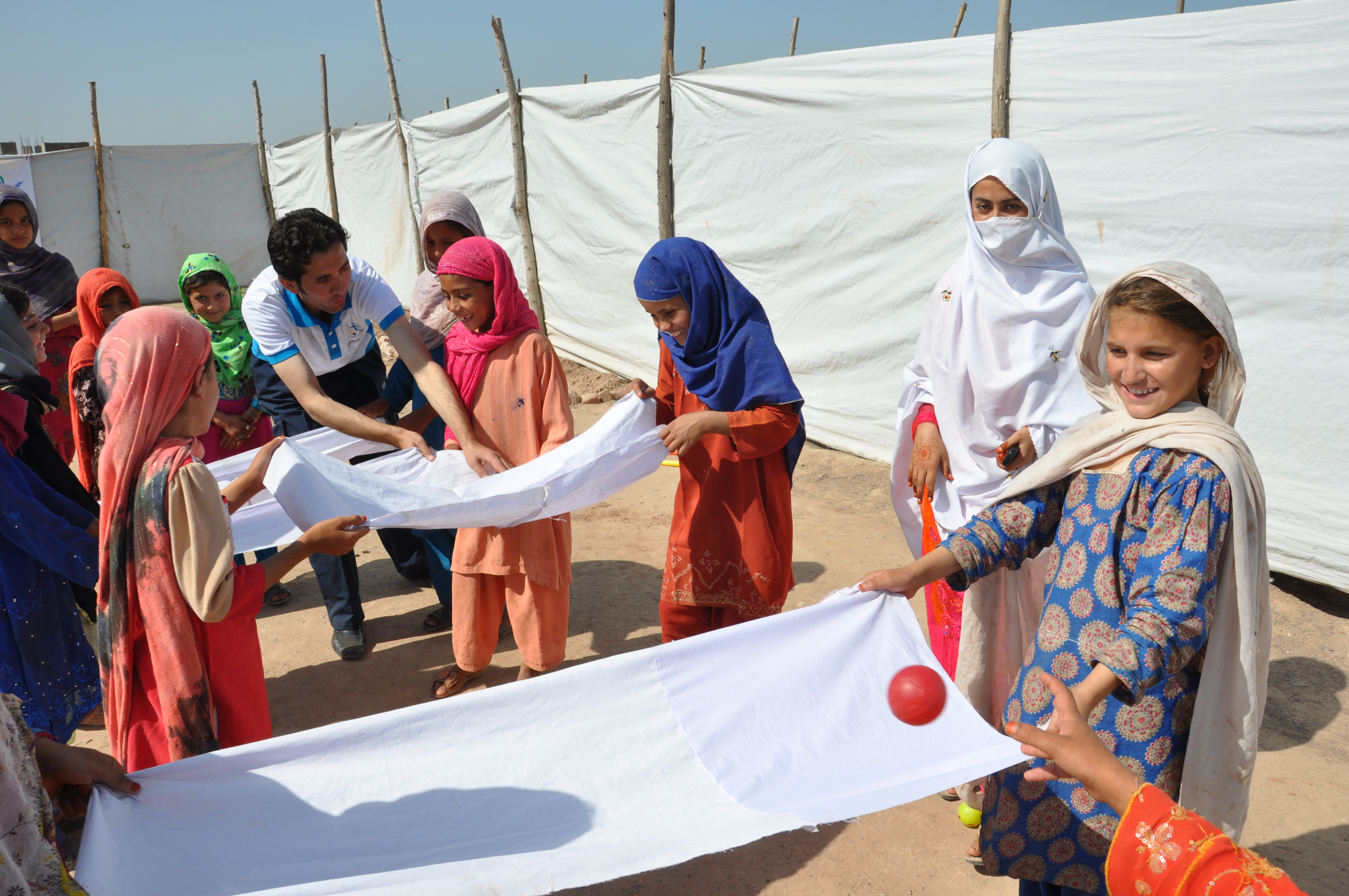 Zahid and GFP Volunteers were able to overcome many of the challenges with involved girls in their programmes. Now, activities are provided for young girls as well as for young boys

However, that did not make things any easier when I got back home. I had to face many challenges in the implementation of our Generations For Peace programmes. From resistant tribal leaders to gender norms posing an obstacle to effectively engaging girls and boys in our peace-building activities, we had to learn to adapt and find ways to promote community acceptance and ownership of our programmes. However, despite the challenges, the results were very encouraging, and we kept being asked to do more.

I remember one particular incident when we were trying to convince the tribal leaders about the involvement of girls in sports. Initially, it seemed impossible to convince them, but rather than tell them why we want girls to participate, we asked, “Why do you not want them to participate?”

That was the turning point because, for every problem they mentioned, we discussed and found a solution, and we ended up starting a very small programme for girls that eventually grew to include thousands of girls participating. We learned a lot of lessons, but the most precious for us was to be good listeners and, rather than focusing on helping others understand us, we should try to understand others.

A similar experience was shared by one of our team members working at the CSF (Child-Friendly Space): every programme we designed had some sports activities and included a focus on life skills during the reflection time. One day, a young boy who participated in all our programmes and always brought us tea said, “You come and serve us and tell us lots of good things, but you have never asked us if we want to share something.” 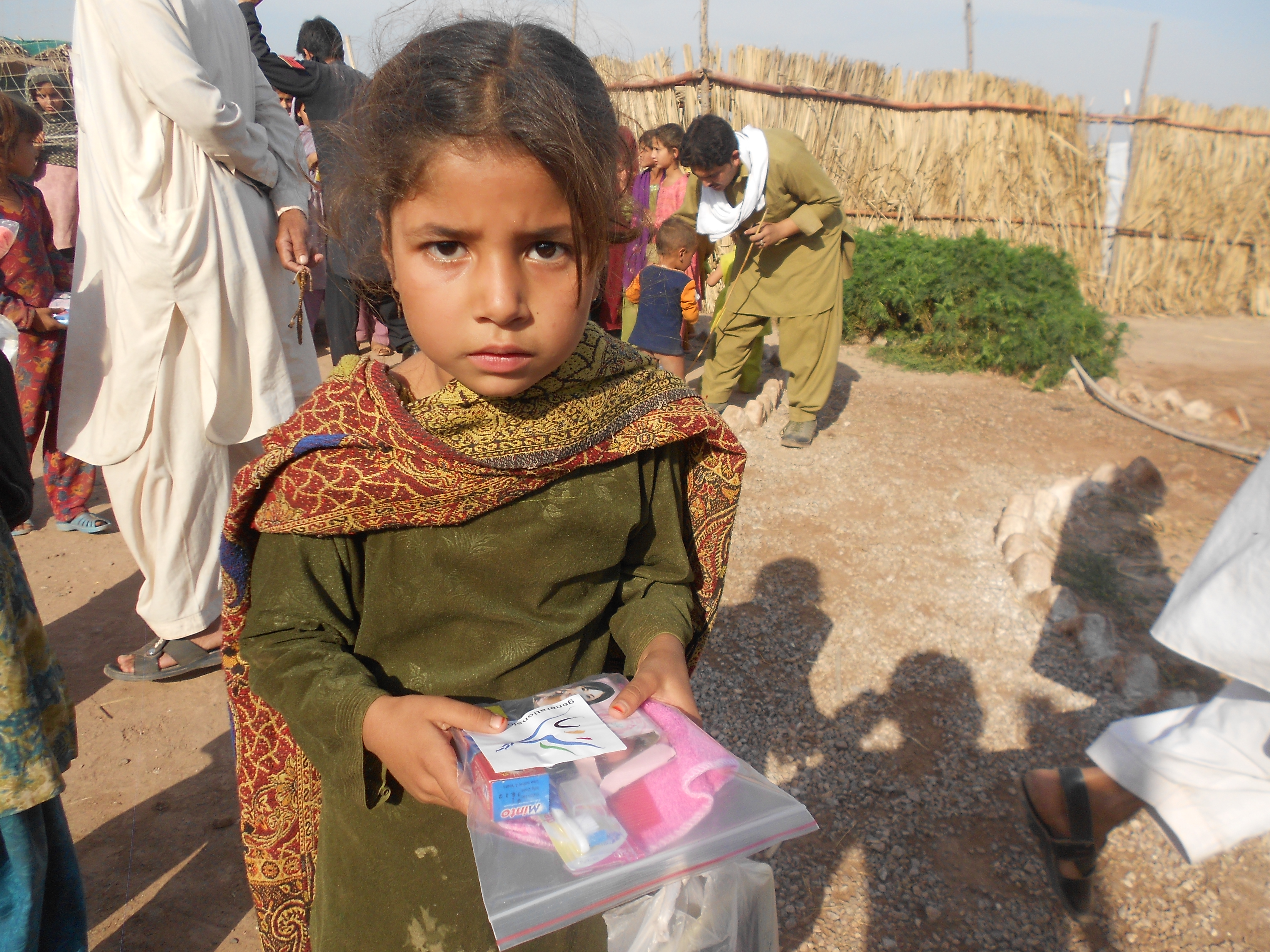 Every child has a story to share. This is just one of the young girls impacted by Zahid and GFP’s programme in Pakistan.

Our team decided that the following week, every child could share a short story about their lives. This small action led to the best session of our programme: these little children had lots of things on their hearts and minds, about the home they left, the family and friends they lost, the challenges they face in their future. Toward the end, a few of them came to us and said they had never had anyone come to them and listen to their stories with attention. We had helped them to stay positive and make things and situations better, just by paying a little attention.

Since then, we started to spend more time listening to them and to share our lives and challenges we also face, with them. We shared with them how much the government cares for them, how much our army cares for them, and how many soldiers are sacrificing their lives, so they can return home and live in peace.

All of this points to one key lesson: being a good listener can change lives – and eventually maybe even the world!