The “S” before “He” Matters 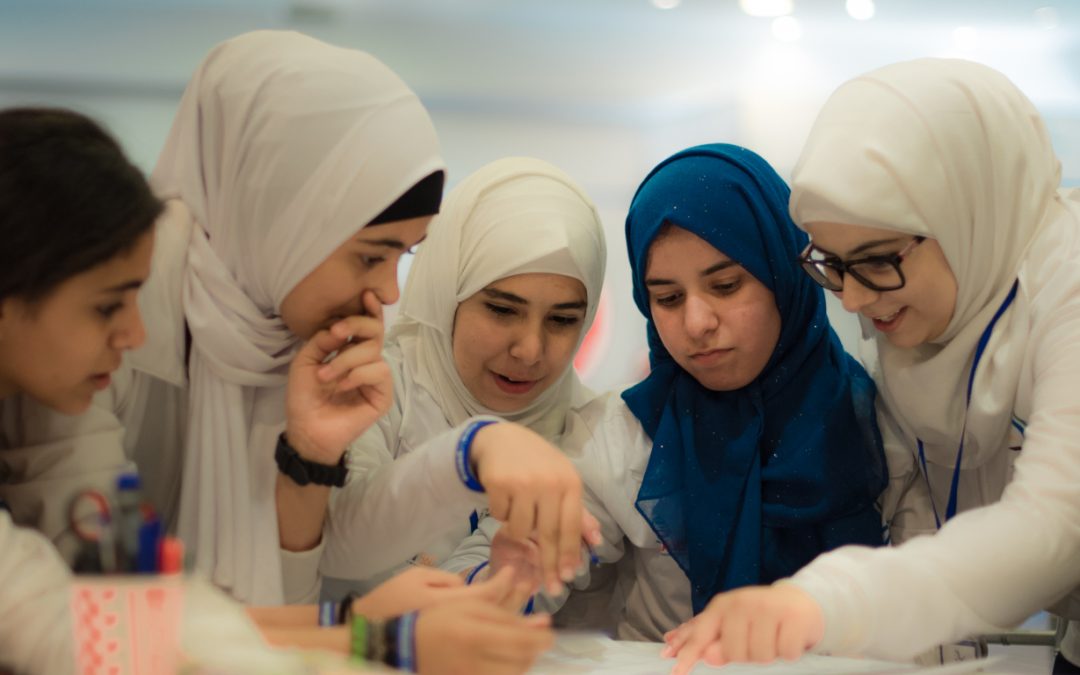 By Noor Maloul, Programmes Officer at Generations For Peace

“‘Because you are a girl.’ Whenever I hear this word, I get upset. Being a female made me lose many of the opportunities in life, or this is what I thought it did. While growing up, whenever I thought about doing something, I received the answer of ‘No, because you are a girl and girls don’t do this.’”  – Mais, Generations For Peace Pioneer: Irbid, Jordan

In recent decades, the world has witnessed a growing interest in women’s rights and status in society, which includes different aspects such as health, education, and political participation. The Middle East has not been missing this trend, and Jordan is among the countries where this interest is beginning to increase most rapidly. 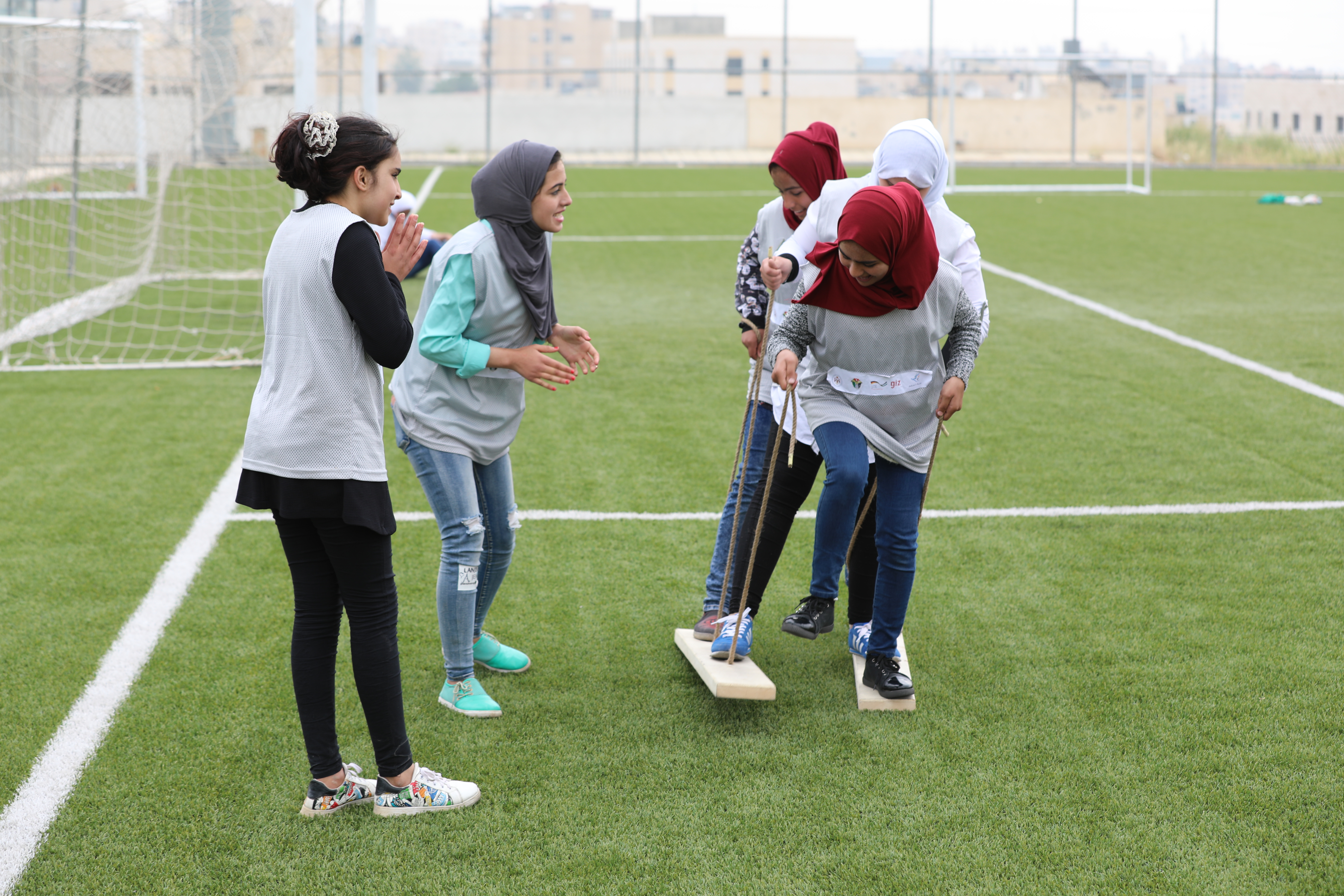 GFP is proud to support programmes like this one that empower women and girls – GIZ Sport for Development Tournament, 2018

Women’s social participation in Jordan started first in 1946, when women were mainly engaged in Social, Welfare, and Charity Work, reserving political participation for men. Throughout its history, Jordan has been affected by national crises that either impacted the Jordanian community directly or indirectly, creating opportunities for women to change the gender expectations. In 1957, for example, women’s education increased, expanding the potential for women’s participation in the public sphere and providing them with employment opportunities, particularly in the teaching and nursing sectors.

Perhaps this is what led Mais, now a young teacher in Jordan and a volunteer at Generations For Peace, to attend university to study what many considered to be a man’s field.

“My culture and my gender followed me even to my dreams,” Mais shared. “I chose to study earth science and environment, but my culture was putting limits in my way – I had a trouble finding a job, as employers think that this job suits men more, so I ended up being a teacher as my culture sees teaching as the best job for a women and even will raise your chance for more marriage proposal!”

Even after she had earned her degree, however, Mais continued to face discrimination. Most of the job opportunities in her field were given to males over females, and she was left with an echoing message: not all types of work are appropriate for women. Even now, eight years since her graduation, with experience and as a lab technician and an assistant for a professor in the same university where she studied, Mais recognises that there are few, if any, solutions for or interest in women in her industry of expertise, at least for now. 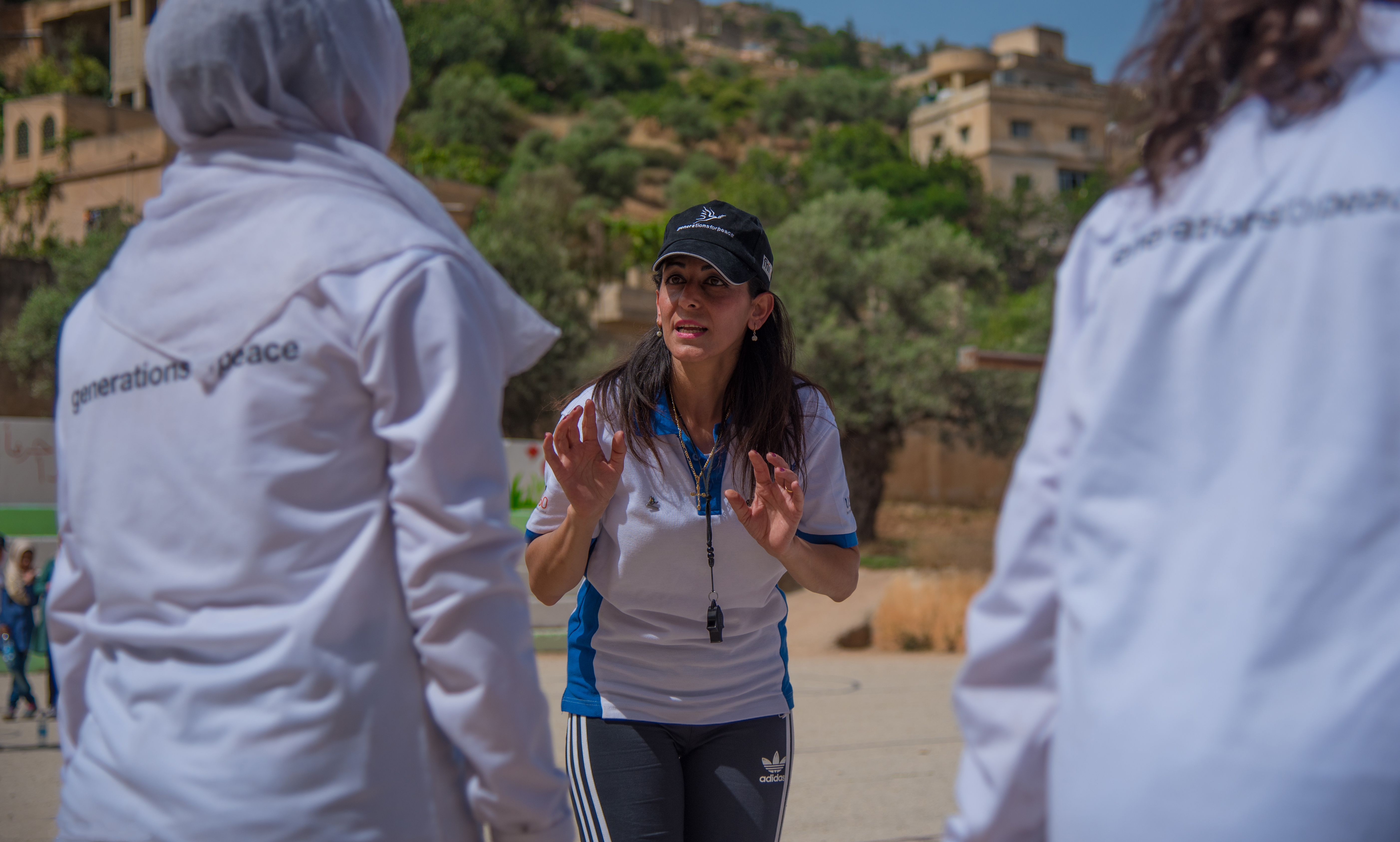 Challenges like these, in the workforce and in politics, have faced Jordanian women for decades. In 1954, through the Arab Women’s Union, Jordanians advocated strongly for women’s rights, including the right to vote. However, in the early 1970’s, even with more women working to develop the political sphere, many chose to continue to work underground, not only afraid of harassment by the authorities, but also afraid to risk their reputation, as ‘honour’ was used against them as a strong weapon to exclude women’s political involvement.

“What bothers me the most is that this opinion is not only from men, but also from many women in my society,” Mais states. “Women in my society are weakening their position to please her community at the expense of their own rights. This is the reality we are living in, where people think that if a woman asks for her rights, she is going to be a bad person. There is no relationship between demanding our rights and being committed to our traditions or ethics.”

Despite these persisting sentiments, Jordanian women continued to advocate for their rights and political participation, and were successfully granted the right to vote in 1974, though they remained unable to exercise that right until 1984. In 1993, the New Jordan Research Centre for studies in collaboration with the Royal Cultural Centre, presented on the eve of the parliamentary elections a seminar entitled, “Jordanian Women and Political Action” – proposing the first initiative of reserving a share of the House of Representatives seats for women.

After that, Jordan saw a steady increase in the number of women taking up public office, with 20 out of 130 seats parliamentary elections secured by women, an increase from 18 out of 150 in the previous term. The results were likely due largely to the promotion of women’s rights through the introduction of ‘gender quotas’ as a part of proving and scoring points in “Democratization.” 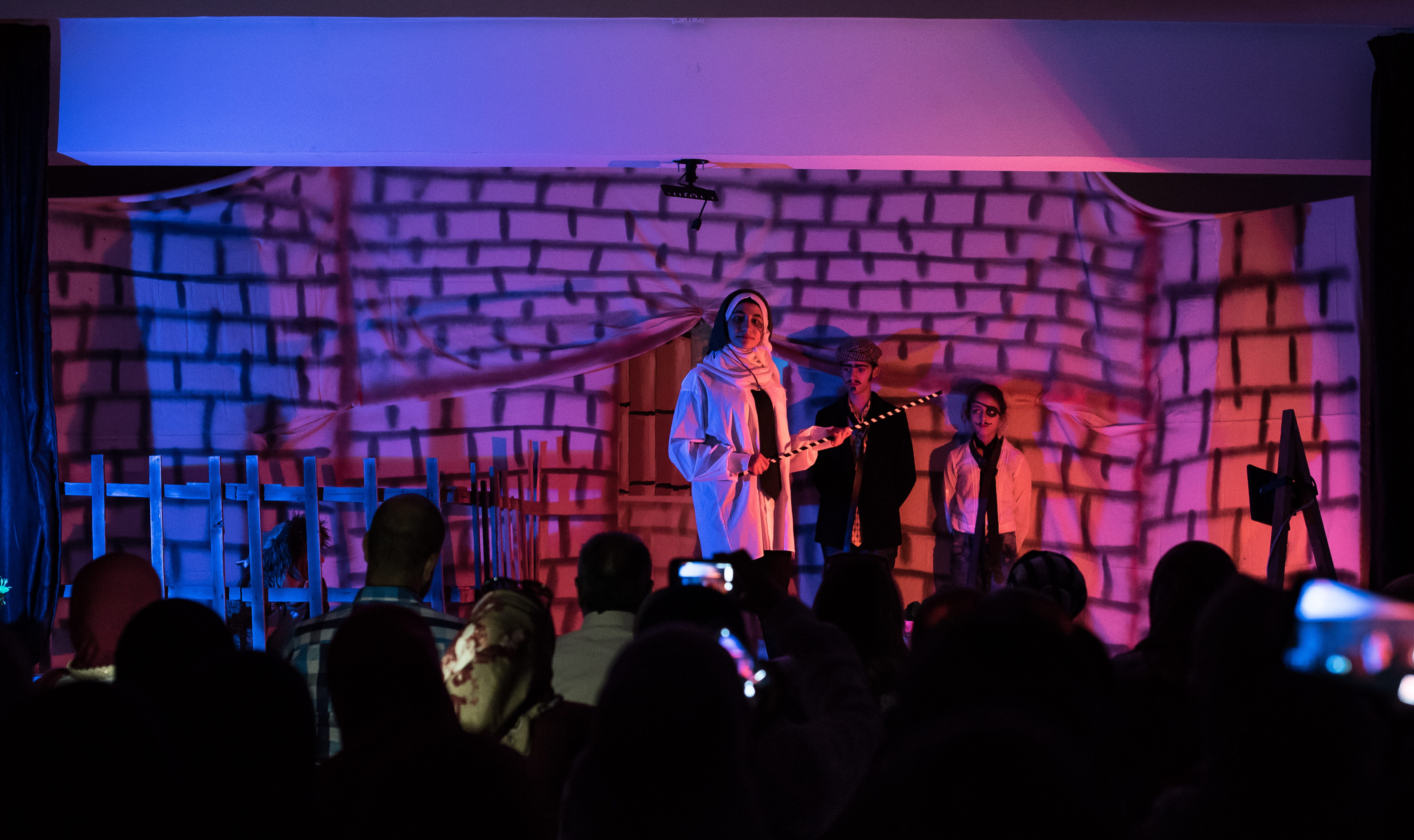 “I hope to treat women in my community according to their potential and competency, and stop limiting them according to their gender. Women can do anything and can be equally as successful as men.” Mais adds, “My message to all Jordanian women is this: don’t be an obstacle to other women and do not let the social norm drift you away from your future and your rights.

Jordan is in 2018 ranked 139th out of 144 countries measured in the Global Gender Gap Index. This is perhaps surprising, given that Jordan maintains one of the highest literacy rates for women in the Middle East at  97%. However, they only make up 30% of the workforce. This is a huge loss for Jordanian society and economy, and if we as Jordanian women remain trapped in all the stereotypes that come from within our society or through global norms, then we cannot expect that ranking – or our opportunities – to improve. 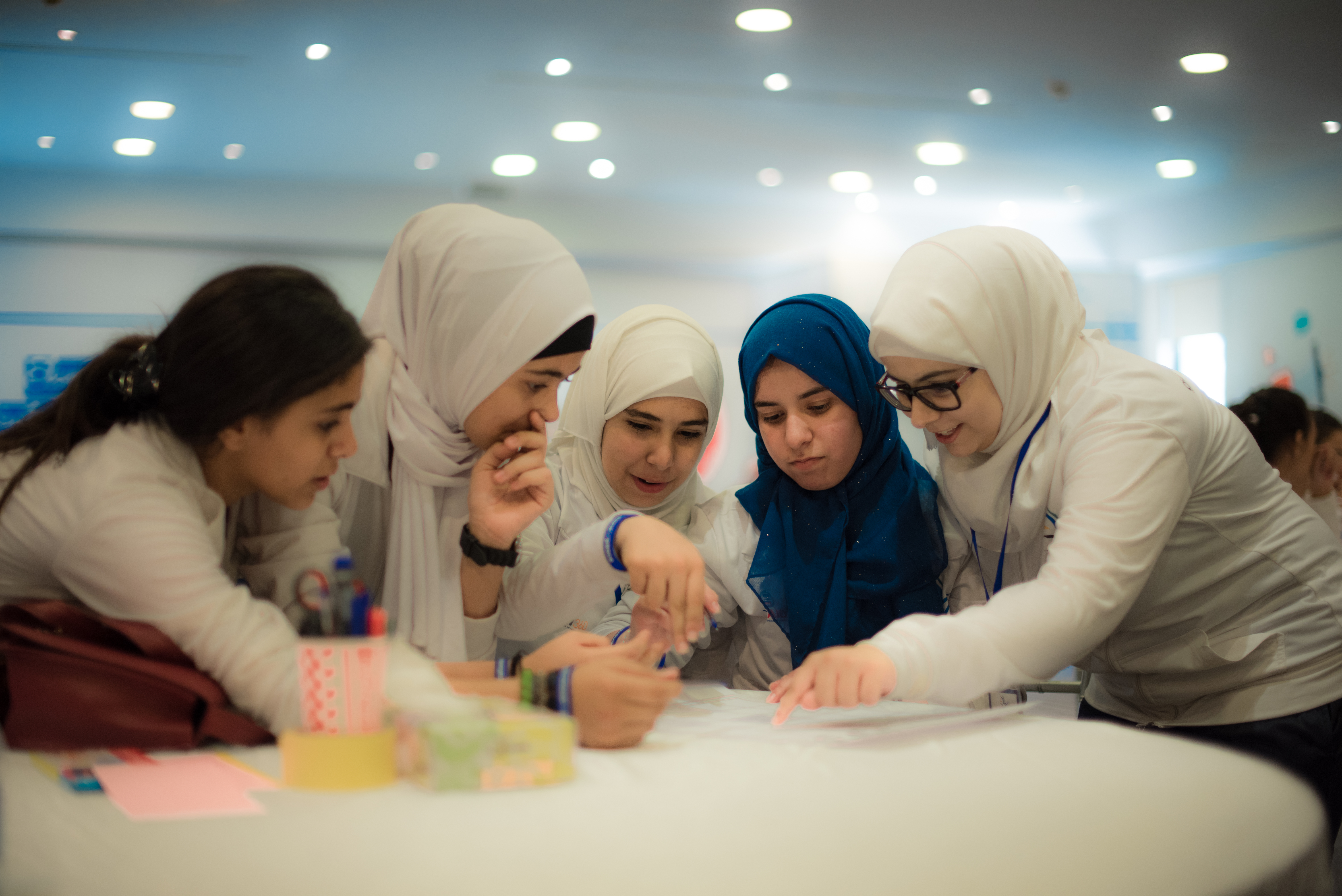 But this is not just about opportunity or equality: it is also about peace. In order to promote peace and security at all societal levels, we must focus on the empowerment of women and girls, putting more effort on advancing the gender agenda and advocating for it across Jordan, from urban centres like Amman to rural villages across the Kingdom. Empowered women and girls will boost our economy and contribute to better education, peace, and innovation, which will reflect positively on our future. This will not be possible – we will never achieve gender equality – if men are not fully involved, as their influence and power will work to help advance women’s rights.

“We need more openness in our community,” Mais says, “and these sets of ideas towards women must change.” As a teacher and a volunteer with Generations For Peace, Mais has the opportunity in the classroom and in her community  to instil a sense of responsibility in youth, particularly young girls, by being their mentor, helping build their skillsets, contributing to the shaping of their inherent values, and reminding them of their potential to change the world, build peace, and pursue their dreams.

To every Jordanian woman, Mais adds this: “Be a role model for all coming generations.”