The Violence of Exclusion | A Tale of Nigerian Youth 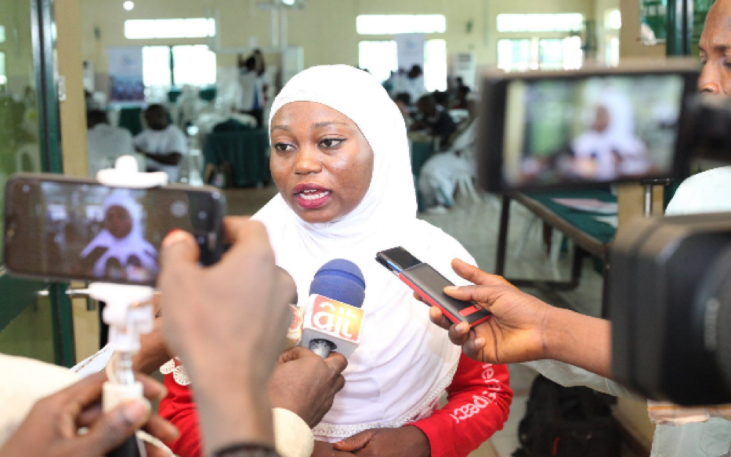 By Jelilat Abidoye, Generations For Peace Pioneer and Country Manager in Nigeria

When you think of “youth,” most people think of the time in life when they are young – the period between childhood and adulthood. For a more formal definition, the United Nations defines youth as persons between the ages of 15 and 24. In Nigeria specifically, youth includes all young women and men between the ages of 18 and 35. Over the years this group has been marginalised and labelled rebels, troublemakers, violent perpetrators, unskilled, and uneducated, and politically apathetic.

The vast majority of young people are social innovators, peacebuilders, and remain non-violent; they are educated and skilled but cannot find work opportunities, especially those that are most marginalised. They are often excluded from politics or they actively withdraw themselves from the political process due to lack of trust, despite being the biggest stakeholders when it comes to their future. Commonly referred to as the  “Violence of Exclusion,” this phenomenon is dangerous as youth must be actively engaged to help design what the future looks like. 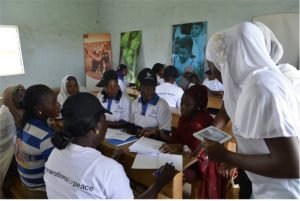 Despite the challenges they face, youth in Nigeria continue to work towards creating a better future for generations to come

Despite facing challenges in their everyday lives that hamper their progress – the most significant being safety and security – youth continue to make efforts to support local and national governments, community leaders, media, cultural organisations, justice, police, and other peacebuilding organisations to create a safer community for the next generation. In Nigeria, our youth are facing extraordinary challenges, especially those driven by the Special Anti-Robbery Squad (SARS).

SARS is a special police unit set up in 1992 by Simeon Danladi Midenda in Nigeria, Africa’s most populous country, to combat armed robbery, battle rising levels of crime and kidnappings, and prevent other serious crimes. Yet since its inception, the unit has been implicated in widespread human rights abuses, including extrajudicial killings, torture, arbitrary arrests, unlawful detention, and extortion. Many Nigerians feel that the unit has deliberately profiled and targeted young people, especially those with tattoos, dreadlocks, and visible possessions such as phones and laptops. Over the years, Nigerian authorities have repeatedly promised to reform SARS and ensure accountability for abuses by its officers, but with few results.

The SARS unit has been the target of protests since 2017, but protesters say the latest wave in late 2020 is different than what came before; although leaderless, the movement is fueled by the younger generation, tired of being profiled by SARS operatives, who often carry out violent ambushes in plain clothes with little impunity. A 2020 Amnesty International report documented at least 82 cases of torture, ill-treatment, and extra-judicial executions by SARS between January 2017 and May 2020, mostly targeting young men between the ages of 18 and 35. Although the Nigerian government announced the disbandment of SARS in October 2020, protesters remain skeptical that this will lead to real change as authorities have made and broken several promises regarding the disbandment and reforms of SARS over the past four years.

As a result, young people mobilising through social media began staging demonstrations calling for the abolition of SARS. In October 2020, the protestors took to the streets of Lagos and only a few days later, it became a national protest. By the end of the week, Nigerians in diaspora joined the protest from around the world, creating a massive international protest against police brutality in Nigeria.

As a young peacebuilder, here are my three key lessons learned from the EndSARS protests and its impact on the “Violence of Exclusion”:

The protest lasted for about three weeks, with the number of youth involved growing notably each day. This can be largely attributed to the shared vision of safety and security for both the lives and property of young people. The protests were against one common issue that youth faced across the country, which affected all youth regardless of their backgrounds, ethnicity, and/or religious beliefs, and ultimately strengthened the cause and amplified the voices of the Nigerian youth. The protests were carefully tailored to address the foremost issues threatening peace and security in the different parts of Nigeria while simultaneously being united under the main cause; in the southwest and southeast, protestors sought to end police brutality, focusing on the message “#EndSARS”, while the protests in the North focused on stopping kidnappings, cattle rustling, and banditry amongst others centered on the message “#SecureNorth”.

Nigeria’s conflict has always carried an ethno-religious face promoting a narrative of lack of tolerance amongst the diverse people of the country. However, the SARS protests disclosed a different narrative – one that shows the ability of Nigerian youth to unite under a common cause. Kaduna state, for example, has seen numerous ethno-religious crises due to the animosity between different ethnic and religious groups in Nigeria, including the 2000 Shari’ah Crisis,  2002 Miss World Riots, 1992 Zangon Kataf Crisis, and most recently, the 2020 Herders-Farmers conflict. Despite the challenges and dangers surrounding the protests, including government crackdowns, attacks on protesters by hoodlums, and continuous brutality from police and security agents, the protesters remained resilient and committed to the basis of the protests. Their unwavering commitment to unity despite their diverse backgrounds has never happened before in our country. For example, a political figure called on the Northern youth to renounce the #EndSARS protests  and support the government of Nigeria, since the President is from the North. This type of action had become common and highlights a chunk of what we have always perceived as ethno-religious conflict, a political scheme of ‘divide and rule’ employed to keep Nigerians from fighting with same voice and demanding for accountability towards the people.

The well-being of youth in a society has a considerable connection with the progress of the society. Whilst the popular saying goes, “youth are the leaders of tomorrow”, youth are now more than ever willing to do their best to ensure their place today. The youth who took to the streets during the EndSARS protest brought with them skills, knowledge, finances, and most importantly, a strong will to fight for a decent life for all and a better life for the next generation. As seen in the five demands from the youth to the government, the youth not only address the families and victims of the police brutality, but also consider better working conditions and remuneration for the police; this demonstrates a sense of responsibility and fairness.

Although the protests have been taken off the streets, the memories of Lekki massacre are forever engraved in the minds of Nigerians, as such the struggle to create a country that promises safety and security for all continues on social media by locals, especially youth, as well as through programmes and interventions by NGOs and CSOs to help reform and transform governance in Nigeria.