Ukraine: The Human Cost of War 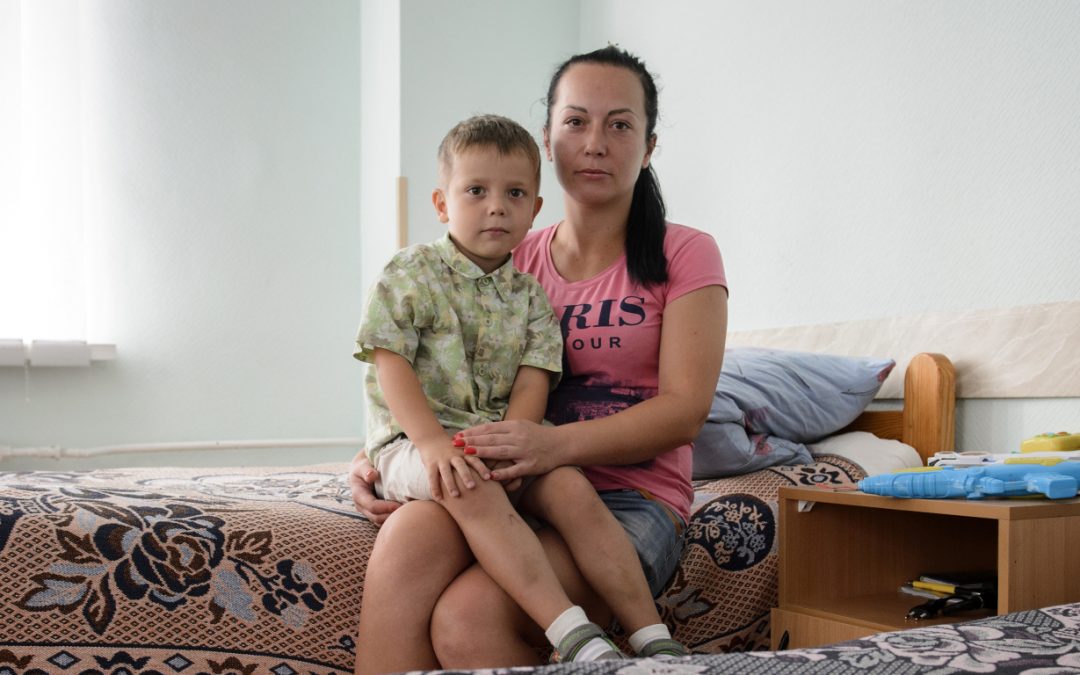 Ukraine’s Ministry of Social Policy has registered 1.6 million internally displaced people (IDPs) across the country as a result of a violent and prolonged conflict, which began in the spring of 2014. What started out as protests between pro-Russian activists and anti-government groups quickly escalated into a full-scale civil war. Since then, many families in eastern Ukraine have had no choice but to flee their homes, leaving everything behind. The devastation that resulted continues to affect many lives today. The following conveys the extent of their loss.

Note: Generations For Peace is preparing to start a new series of programmes in Ukraine over the coming months. 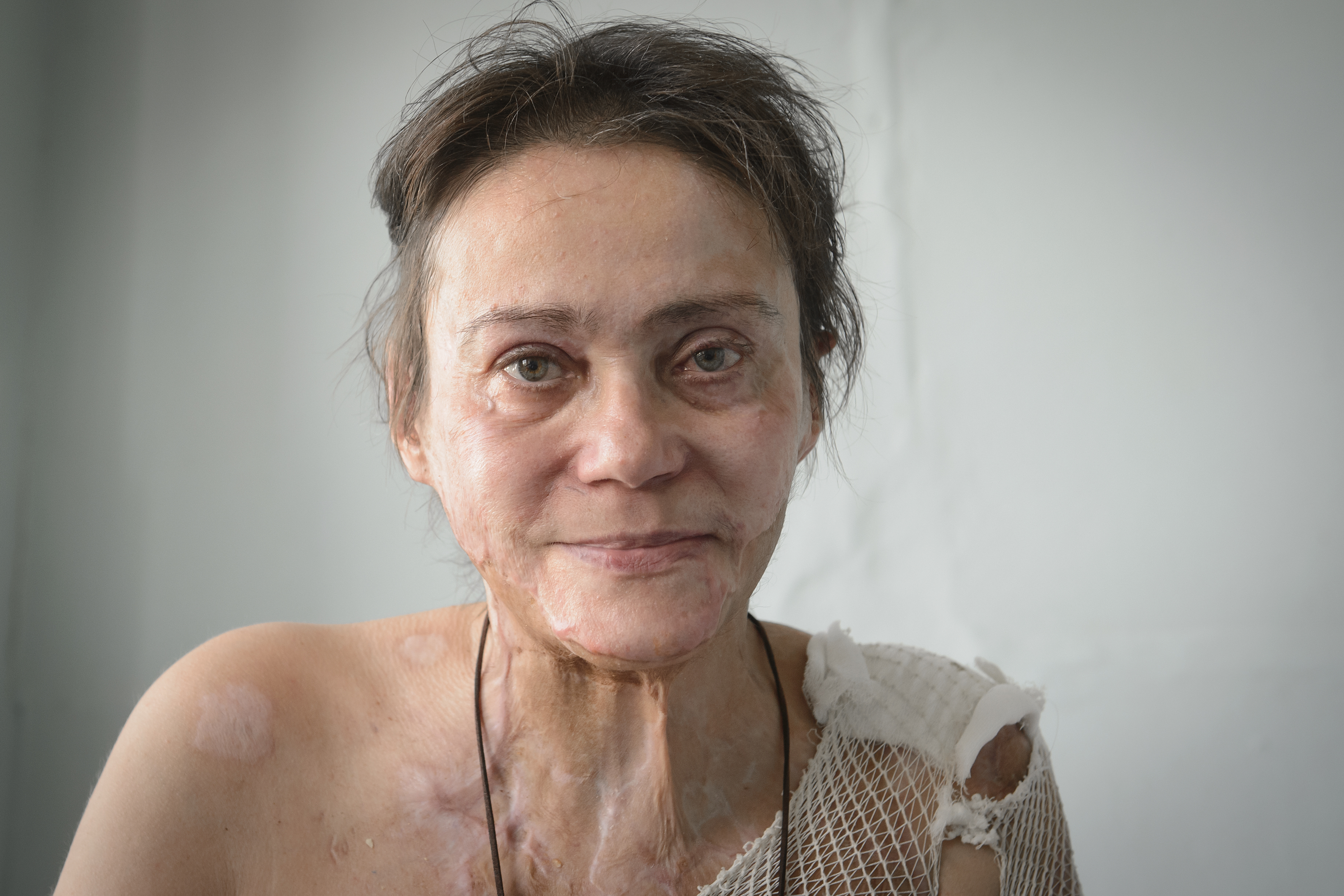 “I vividly remember what time it was. Like every day, I began my service in a restaurant in my town. At 10am we heard the first bombs fall so we took refuge in the basement of the restaurant. After several minutes we decided to escape from the cellar because we were afraid we might die, crushed in the cellar, so we ran to the nearest building. A bomb fell a few metres from us and I remember the cries of the people who tried to help us. When I regained my senses I noticed that my left leg was burning. I was transported to the nearest military hospital but they couldn’t do anything given the severity of my wounds. I was then transported to a hospital in Kharkiv, where I stayed for three months, and finally to Kiev.” 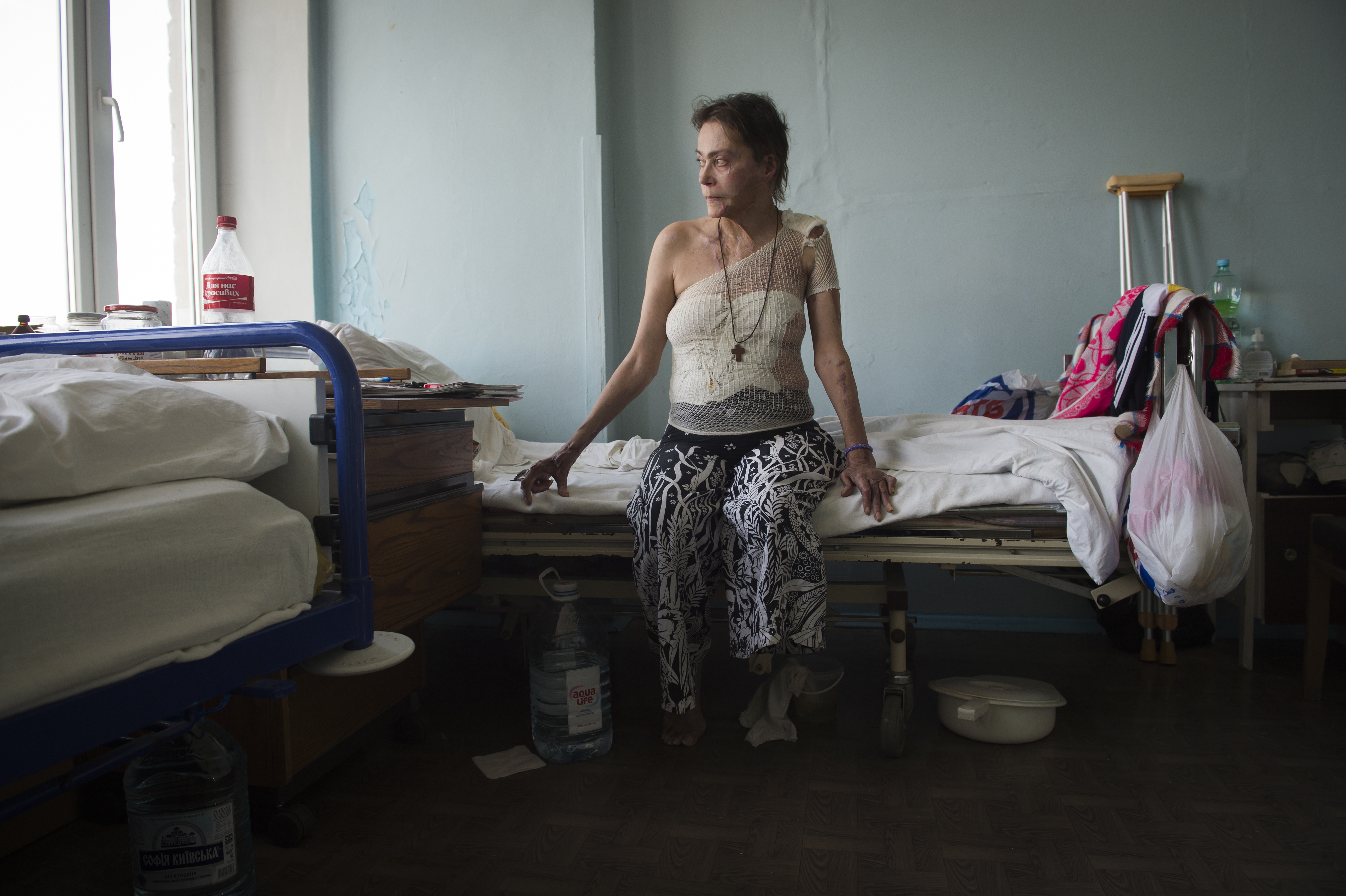 “I lost the use of my fingers and my leg was amputated. I lost 75% of my hearing and I have to undergo several reconstructive surgeries. I don’t have any financial resources and I’ve been separated from my husband for many years. My son goes to school and can’t find work. I survive thanks to food donations from people, and my son lives in a household in Kiev. For me, life stopped on the 14th February 2015 at 10am when the bomb exploded. I don’t have a future and I don’t know what will happen to my son.”

Malishev was a basketball player and national team coach. He comes from the Lugansk region and arrived in Kiev in 2014. 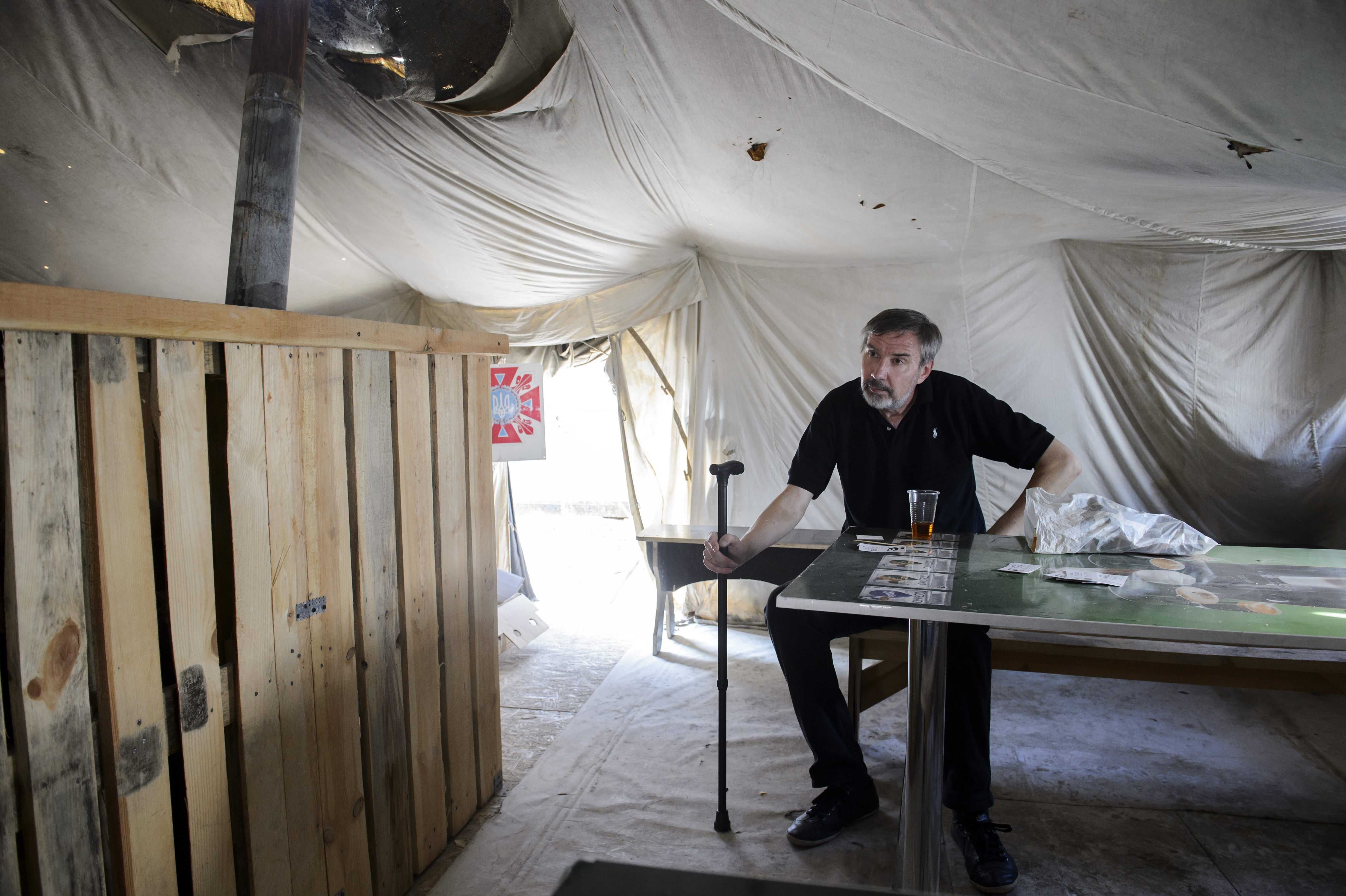 “I played for the national team for several years and I played in the United States in the ‘90s. Today basketball is a memory. I lost the use of my leg following post-traumatic shock. I live in a relative’s apartment with my wife and daughter, and I consider myself lucky because this friend doesn’t make me pay rent. I lost my house, my company and all my memories when the soldiers told me to leave my home.”

Single mother of three from Kramatorsk. She lives in a refugee shelter in Kiev. 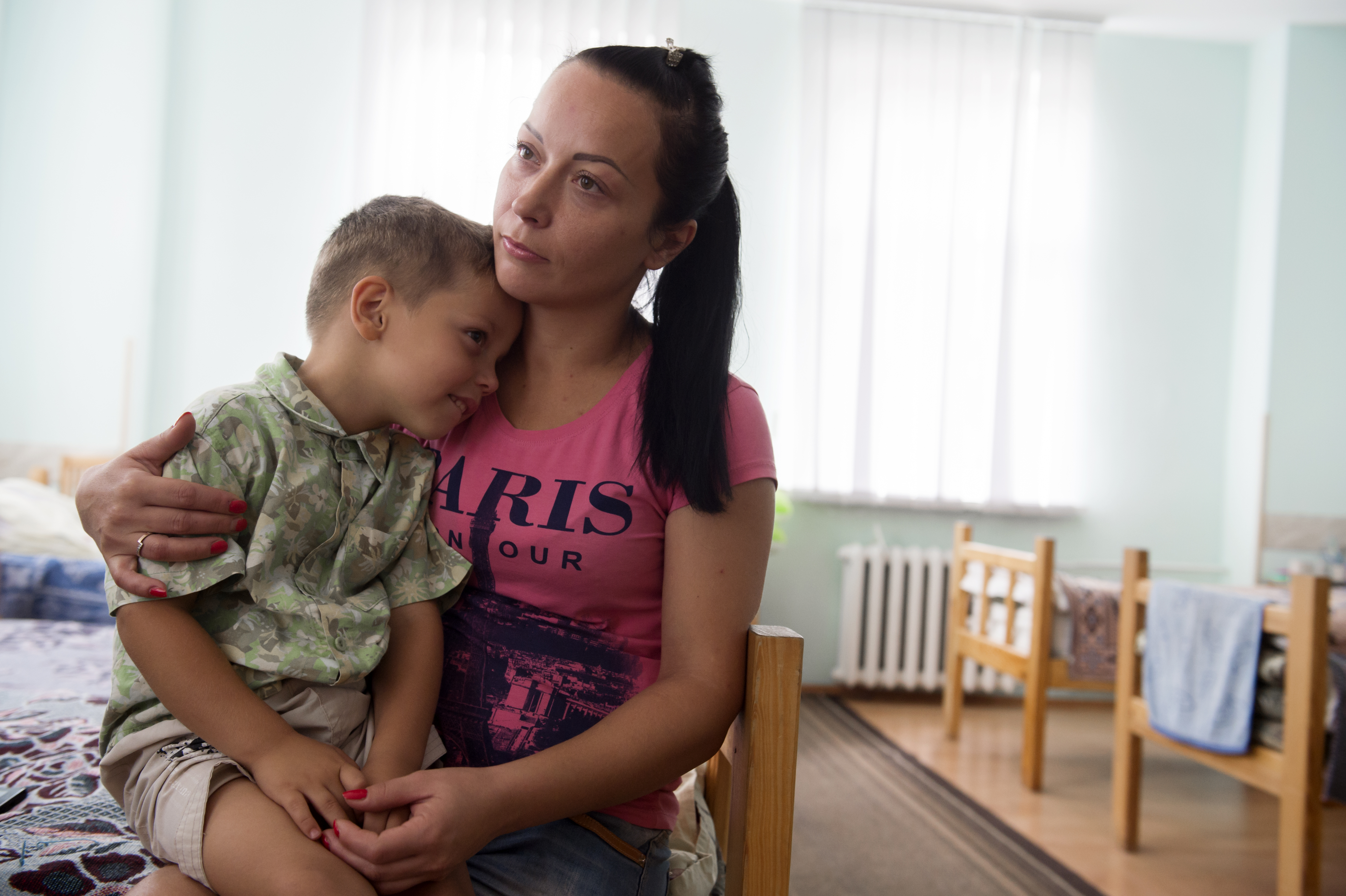 “I’m a single mother. I have three children and I come from the city of Kramatorsk. I fled the city during the fighting and today I live in this social centre, but I have to leave because after three months we have to make room for new refugees. I share a dorm room with two other families. I don’t know what I’ll become and I’m afraid of ending up on the streets with my three children.”

Nine-year-old Tania from Uglegorsk in the province of Donetsk, recalls the 18th February 2013. 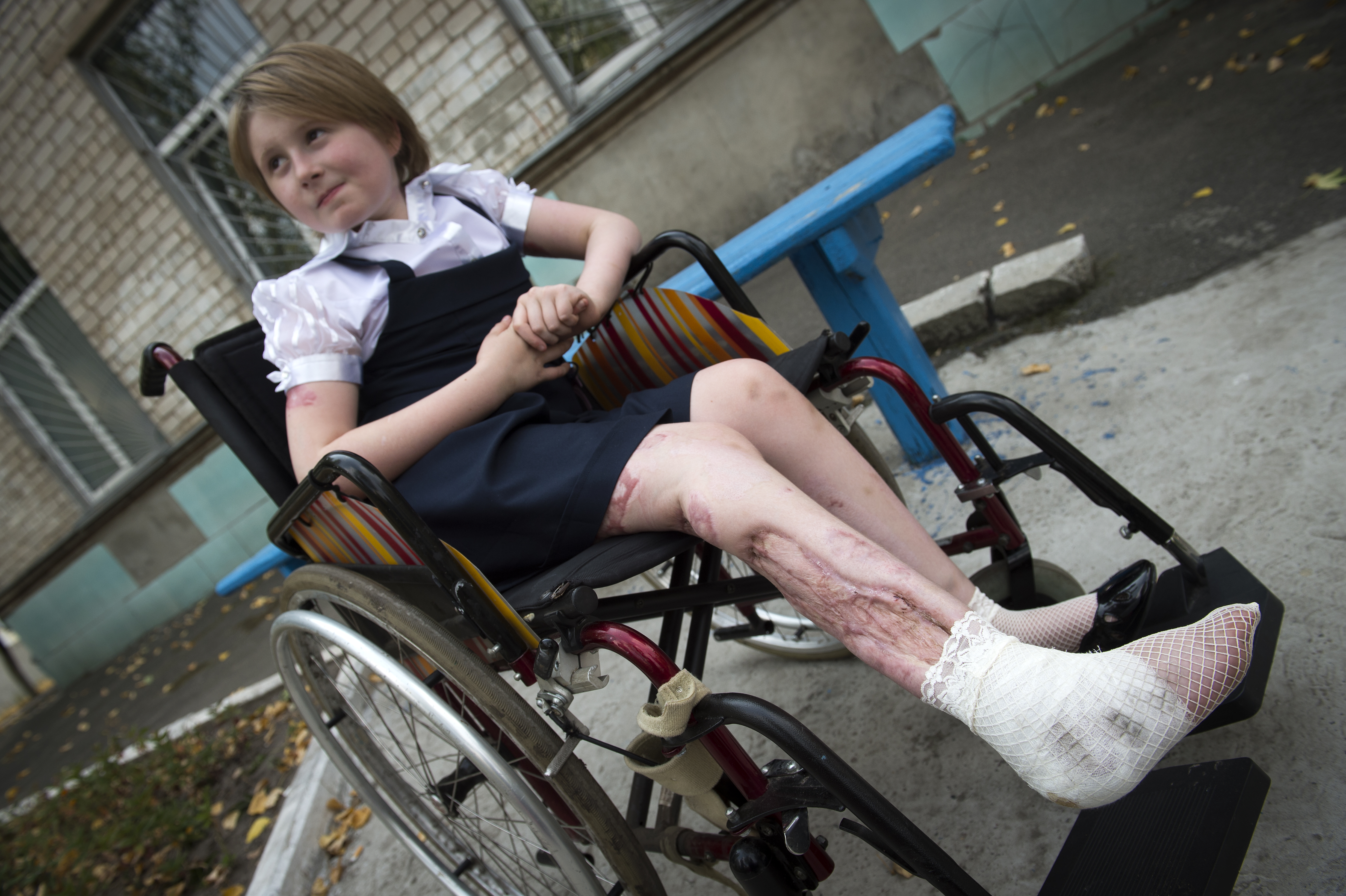 “I was at home with my friends playing when we heard the explosions. We didn’t have time to hide as a bomb hit the house where we were. I woke up in the ambulance that took me to a hospital more than two hours away. In the ambulance I learned that my friend was also wounded and that his brother was killed.” 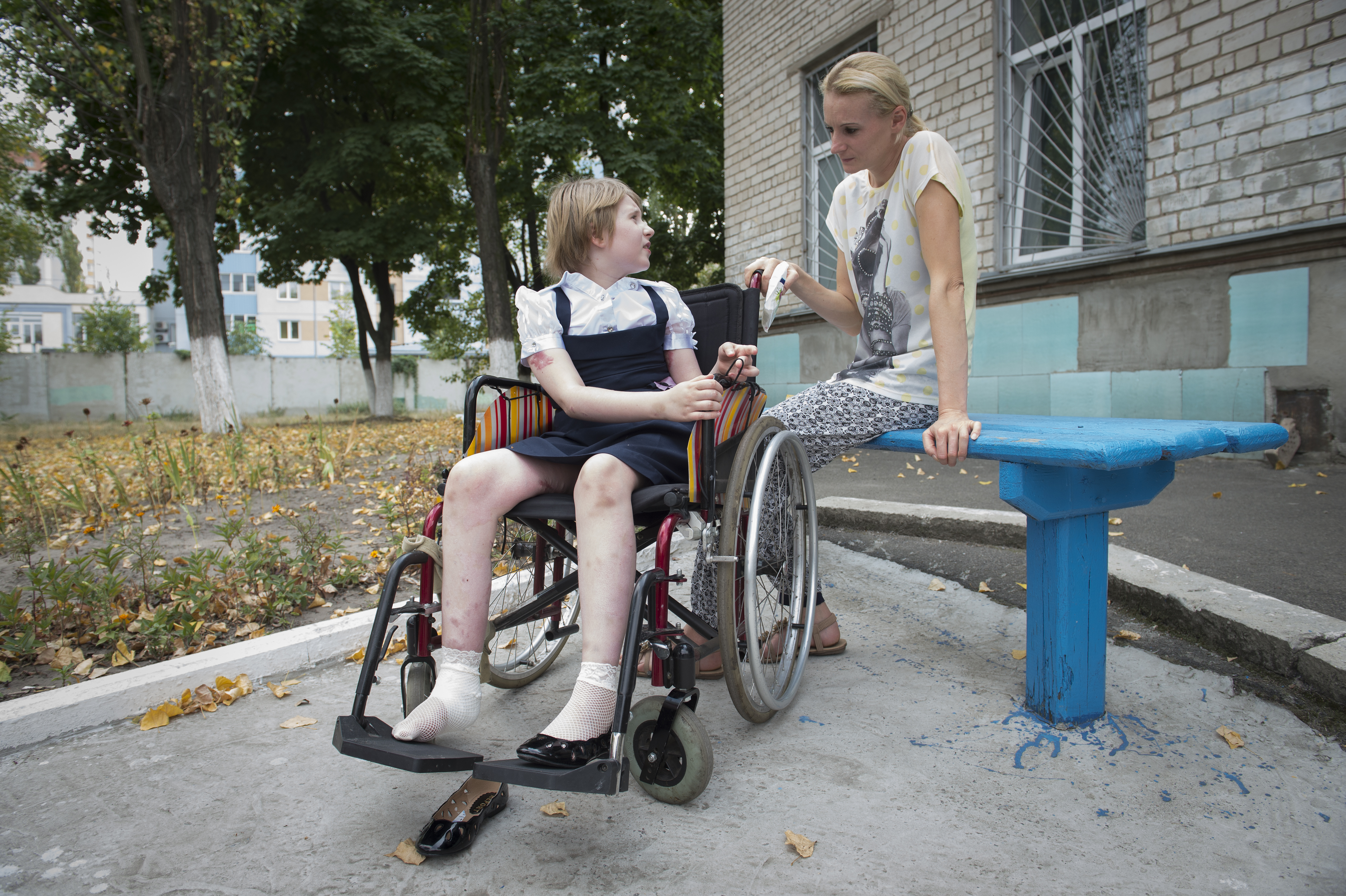 Tania’s mother explains that her daughter has already undergone several operations: “Today my daughter is getting better but she still can’t use her right leg. The only way for her to walk again would be to send her abroad to be operated in a hospital that has more facilities. We’re in contact with a hospital in the Czech Republic but the cost of an operation is $100,000. My husband barely earns $250 per month. My only dream now is that my daughter will walk again.”