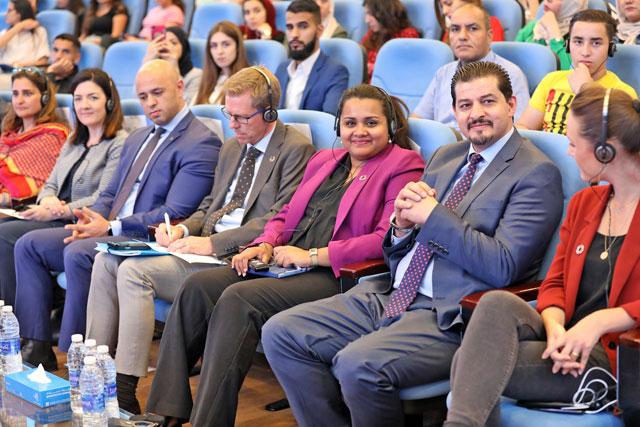 During the event, hosted by the Ministry of Youth, UNICEF and Generations for Peace in Amman, Wickramanayake talked with a panel of youth about their communities and their generation, according to a UNICEF statement.

Panelists included Joud Mbaideen, a young novelist and UNICEF Champion for Children, Bodoor, a refugee who wants to be the first Syrian woman in space, Ahmad, a volunteer, and Hasan, a university student who is also an advocate for people with disabilities.

Jordan has one of the youngest populations in the world — 63 per cent are under the age of 30, according to the statement, which added that nearly one in three young people are not involved in employment, education or training.

“I am extremely impressed by the energy and the talents of the young people I have met in Jordan. When provided with the right opportunities, there are no limits to what they can achieve,” Wickramanayake said.

“UNICEF is working closely with the Ministry of Youth and is proud to support these ambitious young people, especially girls and the most vulnerable, to transition to a successful future by investing in their education, skills development and entrepreneurial talents,” Higgins said.

Wickramanayake was in Jordan on a four-day visit from June 15 to 18 as part of a regional tour. She also visited Zaatari refugee camp, some 90km northeast of Amman, on Monday, the statement said.