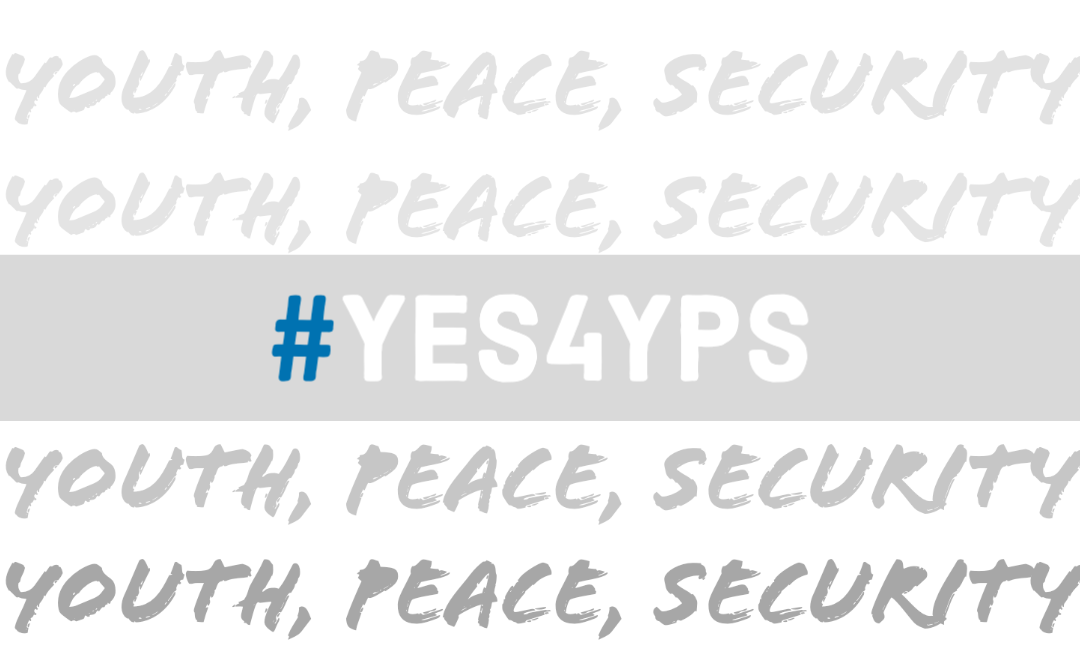 In 2014, the world’s youth population rose to 1.8 billion, eclipsing the adult population of many developing countries. An estimated one-in-four young people today are living in or are otherwise affected by armed conflicts and violence. Youth populations have long been at the forefront of grassroots efforts for peace and justice–leading movements, organizations, and networks to address cycles of violence, mitigate adverse effects of conflict, and strengthen social cohesion and resilience. Young people also play vital roles in preventing recurring cycles of violence and becoming the primary local actors in conflict-affected areas.

Despite their positive role in peacebuilding and conflict prevention, in numerous evaluations and studies, young people are reported to be systematically excluded and even stigmatized by national policies, as well as foreign assistance distribution in their country. This exclusion renders U.S. foreign assistance less effective in conflict affected and fragile environments, as young people are often a majority of the population and catalytic leaders in building more just and peaceful states.

The YPS Act recognizes barriers young people face in becoming active agents for positive change in their communities. It establishes a more equitable distribution of power for the meaningful participation of youth in peacebuilding and conflict prevention, management, resolution, and recovery efforts. The YPS Act also builds on existing U.S. government strategies, including the Women, Peace, and Security Act of 2017, to ensure that efforts for peace are well-coordinated and inclusive. By establishing a U.S. policy and dedicated funding stream for supporting youth efforts in peace and security efforts, the YPS Act will enable the U.S. to effectively address violence, prevent conflict, and promote sustainable peace around the world.

”The essence of the U.S. YPS Act is not just exploratory, but it is of democratic and demographic imperative at this time. As a young peacebuilder from Nigeria, I am enthusiastic about the U.S. YPS Act because it sets a new standard for youth peacebuilding engagement across the world and also opens a new path of support and partnership for young peacebuilders not just in the U.S., but across the world’.‘  Rafiu Adeniran Lawal, Executive Director, Building Block for Peace Foundation

“The YPS act is so exciting–I have so much hope that it’ll change the game for peacebuilding, providing room to youth to pave a brighter path for all of our futures. I also think it’ll pave the way for American youth peacebuilders to continue making the difference they’ve so boldly embarked upon.” – Maddie Trice, YPS Advocacy Expert at Search for Common Ground and American racial justice activist

The U.S. YPS Coalition commends House co-sponsors for elevating U.S. leadership on youth-led peacebuilding. Adoption of this bill would make the U.S. the first country to mandate YPS as a foreign policy and assistance priority. We welcome further bipartisan support and youth engagement towards this goal and look forward to working closely with the U.S. Congress to ensure its passage and implementation.

The U.S. YPS Coalition is co-led by the Alliance for Peacebuilding, Search for Common Ground, Generations For Peace, Friends Committee on National Legislation, NewGen Peacebuilders, Peace Direct, STAND: the student-led movement to end mass atrocities, and United Network of Young Peacebuilders (UNOY). Our Coalition is a collaborative network of over 60 youth-led and youth-serving organizations across the peacebuilding, humanitarian, academic, and development fields. From spreading awareness to educating members of Congress, our coalition is determined to support this vital legislation.