Generations For Peace, Inc. (GFP USA) is incorporated in the State of Maryland as a non-stock, non-profit corporation. We have been granted 501(c)(3) tax-exempt status with the Internal Revenue Service under EIN number 46-1577158. Our physical and mailing address is 5016 Centennial Blvd Ste 200, Nashville, TN 37209, USA

Articles of Incorporation and Bylaws: 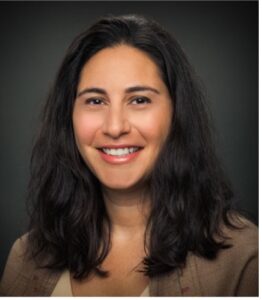 Samer Ali holds professional experience as a lawyer, conflict mediation practitioner, social entrepreneur, and CEO. Currently she works with Millions of Conversations as the Founding President and CEO, with Vanderbilt University as a Research Professor in Political Science and Law, and as the Co-Chair of Unity Project & American Democracy. She is the vice-chairperson of GFP USA. 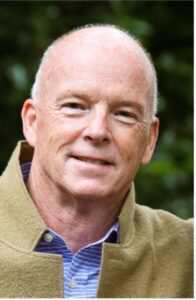 Stephen Whisnant is a philanthropic and humanitarian professional. He is the founder of Stephen Whisnant Strategies and currently serves as the Managing Director. In addition, he also works with the United States Institute of Peace as the Chief Development Officer and Campaign Director/Senior Advisor-Consultant. He is the chair of the GFP USA Fundraising Committee. 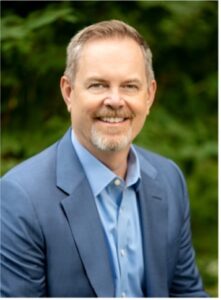 James Kallusky is a non-profit executive, community program leader, grant maker, author and tenured professor who created the nation’s first-degree program in sports-based youth development. He currently works with Fight For Children as the Chief Program Officer.He is the chair of the GFP USA Programs Committee. 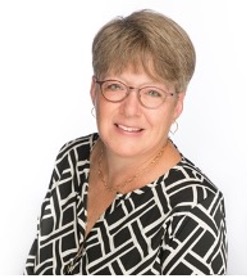 Tamar Datan is an experienced leader in advancing education, philanthropy, sustainable economic development, and conservation, with specialist expertise in executive search, strategic planning, fundraising, non-profit governance, and organizational development. She currently works as a Senior Advisor for Non-profit Professionals Advisory Group (NPAG). She is the chair of the GFP USA
Governance and Audit Committee.

Tamar currently sits on the board for All Ages Read Together and serves as the Board Chair.  Over her career, she has served on more than a dozen non-profit boards.

Her past professional experiences include her working in the following roles: Executive Director at TrueSpark (2012-2015); Executive Vice President at Amazon Conservation Team (2007-2011); Independent Consultant (2002-2006); Vice President and Director at The Nature Conservancy – Compatible Ventures Group (1999-2002); Program Manager at The Nature Conservancy – Center for Compatible Economic Development (1997-1998); Venture Fund Officer with The Pew Charitable Trusts (1992-1997); Special Assistant to the President with The Pew Charitable Trusts (1990-1992); Program Associate with the University of Massachusetts-Boston (1987-1989); Program Administer at the Lesley College Graduate School (1985-1987 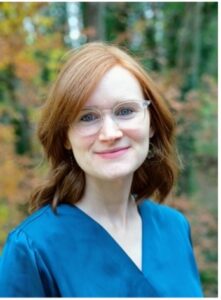 Cath Thompson is a peacebuilding and network-building professional with experience in conflict transformation, philanthropy, grant solicitation and management, network building, and group facilitation.   She is the chair of the GFP USA Outreach Committee. Currently, she serves as Managing Director for the Peace and Security Funders Group (PSFG) and as a Navigator with Wayfinding Partners, a strategic consulting firm specializing in organizational transformation with a racial justice lens.

Before joining PSFG, Cath worked at Independent Sector, where she supported a network of over 500 philanthropies and nonprofits through capacity-building and programming.

Previously, Cath founded and managed PeaceMeals, a program that leveraged cooking classes and facilitated dinners to promote community-building and wellness. Cath served on staff and as a Scoville Fellow at the Truman National Security Project and as a Fulbright Scholar in Morocco. Cath’s fieldwork in peacebuilding and post-conflict rehabilitation have brought her around the world, including to North Africa, Senegal, Northern Ireland, and Iraq. She has obtained certifications from the United States Institute of Peace Academy, in addition to her MA degree in International Relations from Queens University. Her past experiences include Founder and Director of PeaceMeals (2011-2018); Associate, Programs and Practice, at Independent Sector (2016-2017); Residential Counselor at Rogers Memorial Hospital (2013-2015); Grants Manager and Policy Associate/Scoville Fellow with the Truman National Security Project (2011-2012); and Program Coordinator at International Reach, Office of International Student Services, University of Wisconsin (2008-2009). 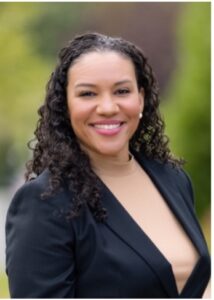 Dr. Andrea Thomas is a leader in virtual exchange with an outstanding track record for delivering transformative results to build and scale international programming in higher education. Disruptor and change agent, Andrea has worked with 35 universities globally as an institutional mentor to design effective programming for digital community and international peer to peer learning through Virtual Exchange and Collaborative Online International Learning (COIL).

Andrea was the Senior International Officer (SIO) at Farmingdale State College and a Fellow for the Association of International Educators Administrators (AIEA) in 2019. She has worked with the American Council on Education (ACE) and The SUNY COIL Center on Virtual Exchange.

Andrea began her career at the United Nations Children’s Fund (UNICEF) where she focused on Ethics and operations within international development.  She earned a Doctorate at the University of Southern California (USC), Rossier School of Education where she studied Global Education Leadership and Administration with rotations in Hong Kong, Finland and Qatar. Andrea is a Returned Peace Corps Volunteer from the Kyrgyz Republic and speaks Russian, Kyrgyz, and Spanish languages. She has lived and worked in Central Asia, Southern Africa, the Middle East, Eastern Europe and South America.

Jacob Toups is a progressive multidimensional leader who specializes in fundraising, youth development, non-profit management, program management and implementation, government partnerships, grant management, and proposal writing. He currently serves as the Innovation and Fund Development Manager for the city of Los Angeles’ Housing Authority in California.

Jacob has volunteered and served on several boards for non-profits. He is the Founder of Rainbow Labs and volunteers on the United Way Emerging Leaders Board. In the past he volunteered as a VISTA member for AmeriCorps.

Jeanné Lewis is a nonprofit executive, faith-based organizer, and authority on creating empowered communities. She has dedicated her career to building bridges, closing equity gaps, creating policies that lead to strong, thriving, and self-determined cities.She is the Interim CEO of Faith in Public Life.

As the vice president and chief engagement officer at the National Center for Responsive Philanthropy, Jeanné connected social justice organizations to the funding networks they had traditionally lacked access to so that they could increase their impact and persuade funders to improve their practice.

Prior to that, Jeanné was the Director of US Programs at Search for Common Ground, responsible for advancing bipartisan conversations and policies to address racial injustice. She’s further built support networks for military families and worked as a faith-based community organizer in Ohio and Florida. Her consulting company, I to I Consulting, specializes in conflict resolution, strategic coalition-building, and developing and implementing community-led solutions.

Jeanné resides in Washington, DC. She is a member of the DC Working Families Party, St. Augustine Catholic Parish, and SongRise, a women’s social justice a capella group. In addition, Jeanné sits on the steering committee for Community Grocery Cooperative, and is a former candidate for DC Council At-Large. Jeanné received her undergraduate degree from Washington University in St. Louis and holds a M.A. in Conflict Resolution from Antioch University Midwest. 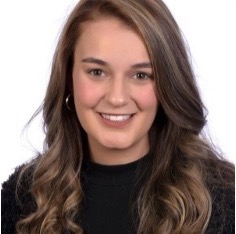 In addition to her degree in Peace and Conflict Studies, Human Rights, and Arabic from the University of California, Berkeley, Jude has obtained certifications in Gender in Humanitarian Aid from OCHA and Monitoring and Evaluation certification from CRS. 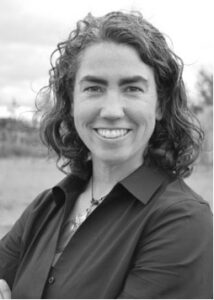 Sarah Murray is a non-profit leader with 25 years of experience using sport and play for justice, inclusion, and equity. Her work, largely focused on gender justice and intersectionality spans 65 countries.

Sarah currently works as both the Executive Director of Free to Run and as the Principal of Grow the Game, a global consultancy aimed at providing strategic support to efforts involving sport and social change across sectors.

Sarah has served on multiple non-profit and NGO boards, as both a director and advisor, including: Women’s Wilderness; Women Deliver; Equality League; Shirzanan Global. 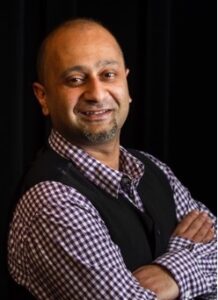 Kiran Singh Sirah is President of the International Storytelling Center (ISC,) the global premier institution dedicated to the art of storytelling and producer of the world-renowned National Storytelling Festival. Prior to his appointment at ISC, Sirah established a number of award-winning arts, cultural, and human rights programs in the United Kingdom and Europe.

He began his tenure at ISC in 2013 and has grown the institution in ways previously unimaginable. Sirah is regularly asked to provide keynote talks around the world for entities such as the Smithsonian Institution; the US State Department and Department of Defense; the Alliance for Peacebuilding and Library of Congress; Dolly Parton’s Imagination library and the United Nations.

In 2017, Sirah was awarded the “Champion of Peace” recognition during Rotary Day at the United Nations in Geneva, Switzerland, in recognition for advancing storytelling for global peace and development. Kiran believes Storytelling not only enriches lives, but also holds the key to building a better world. 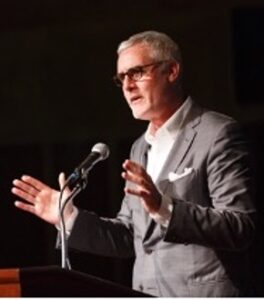 Peter T. Coleman is a renowned expert on constructive conflict resolution and sustainable peace. He currently works as Professor of Psychology and Education at Columbia University with a joint appointment at the Teachers College and The Earth Institute.

Dr. Coleman’s research focuses on conflict intelligence and systemic wisdom as meta-competencies for navigating conflict constructively across all levels and includes projects on adaptive negotiation and mediation dynamics, cross-cultural adaptivity, optimality dynamics in conflict, justice and polarization, multicultural conflict, intractable conflict, and sustainable peace. In addition, to his research he is also the Director of the Morton Deutsch International Center for Cooperation and Conflict Resolution.