Working Together to Support our Community. 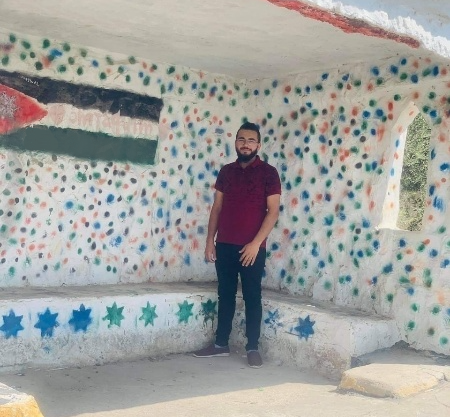 It was summer of 2019. Mohammad does not remember where he was headed exactly, but he recalls the speed in which he ran to reach the closest bus shelter to hide from the scorching sun glaring down his back.

Sitting on the old bench, heaving, and drenched with sweat, Mohammad observed the beat-up shed which was nothing but a brick structure, with peeled off paint and a missing overhead, that did so little to conceal the burning heat of Rihab’s sun – a small city in Al-Mafraq governorate in Jordan where Mohammad is from.

He looked around him through the openings of the fragile structure which provided a view of the area that serves as the city centre. The bus shelter was occupied with little kids, men, and women trying to catch a bit of shade while waiting for the bus. Being exposed to not only heat, but wind and rain during wintertime, the shelter was deemed almost useless and definitely unsafe. Even though street facilities are usually the city’s municipality’s domain, Mohammad knew that he had to do something to support his community.

Mohammad has been active in volunteer work for a while now. In early 2019, his friends introduced him to the “Sport For Protection” programme which is implemented by Generations For Peace in partnership with the Olympic Refuge Foundation (ORF). The programme uses sport-based activities to support displaced youth across the world with a focus on protection, development, and empowerment.

Through the several trainings Mohammad enrolled in, he was able to develop multiple skills such as creative and critical thinking, responsibility, and problem-solving. He learned to broaden his thinking and come up with innovative ideas to support his community. “I became a more creative person who thinks outside of the box. I do not go for the usual “clean-up” campaigns anymore, I dig deeper in search of my community’s needs and come up with ideas and solutions to support it.”

In one of the sessions Mohammad attended, he proposed the idea of renovating the bus shelters in Rihab to a group of fellow volunteers who immediately supported the initiative, which they later called “Wait Comfortably.” Having attended many trainings with the programme, the group was now equipped with the skills needed to plan the implementation process.

After just a few weeks of exploration and preparation, the volunteers were able to determine the mechanism and cost of the renovation and convened meetings with potential donors and organisations to secure the necessary funds. They were eventually able to obtain the logistical and financial support of Rihab District Directorate, Municipality of Rihab, and Afaq Jordan for Development and Training Organisation which provided them with the tools needed to kick-off the project.

One challenge the small group of volunteers faced upon starting the implementation process was their lack of the technical skills needed for the renovation such as design, repair, and painting. Therefore, they sought the support of their community which was more than happy to provide the manpower and resources needed to revamp the sheds. Considering the availability of the basic technical requirements needed for the renovation, in addition to the excitement to complete the project quickly, the group renovated the eight bus shelters in the city in only two weeks.

“Bus shelters are one of the most used facilities for the residents. Thus, we made sure to make it visually appealing and fitting with the surrounding environment and weather,” says Mohammad.

Since then, the team has been dedicated to maintaining the bus shelters, and they are always looking for funding and resources to take care of the newly renovated sheds. They also raise awareness amongst the community on the importance of sustaining the shelters which are an essential part of any successful mass-transit system and can make waiting for a bus a more pleasant experience.

“I am very proud of the work we have done to support our city. It has been great playing part in serving and engaging with the community, and I am very eager to come up with new and exciting projects in the future to help our community,” adds Mohammad.