Working Together Towards a Prosperous and Peaceful Future 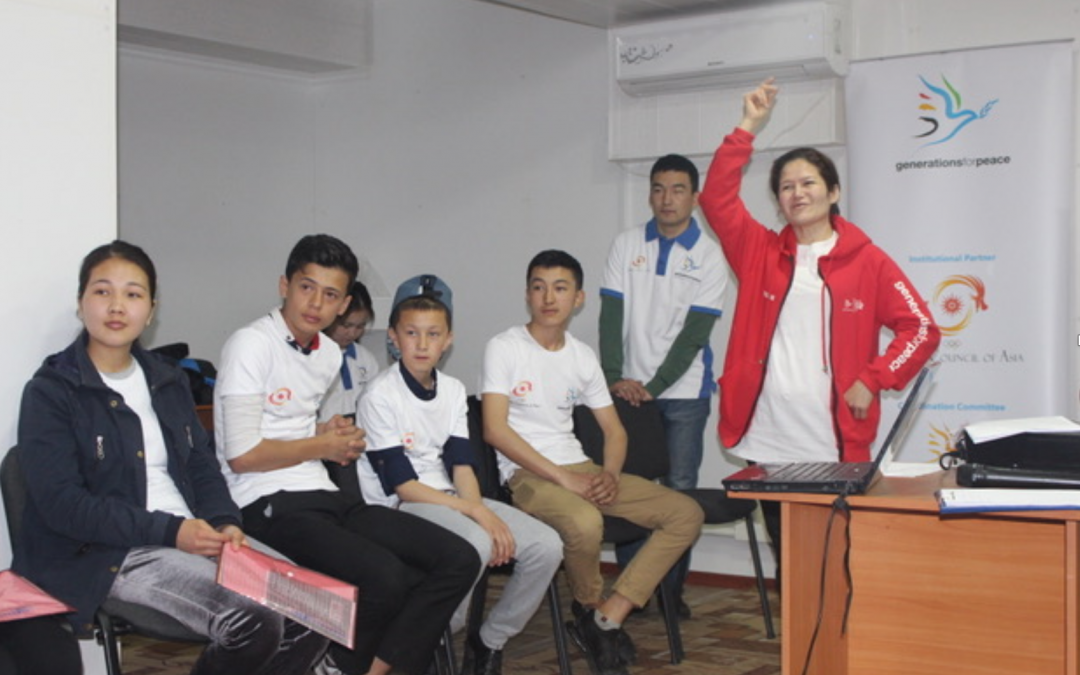 Eyeing the players one-by-one, Nafisa is already judging each based on their ethnicity. As their football coach, she has already chosen her favourite players – those that are of the same ethnicity as herself – whom she will shower with compliments and encouragement. A much different fate awaits the players of other ethnic backgrounds – when they make a mistake, she will quickly berate them, often times using offensive language.

This prejudice that Nafisa exhibits is derived from the discrimination she witnessed throughout her life. Racism is so engraved in her that just by glancing at a stranger, she judges them. Nafisa knows she is not the only one who does this; unfortunately, many in Kyrgyzstan have fallen victim to sharing these same beliefs towards those with different ethnic backgrounds. 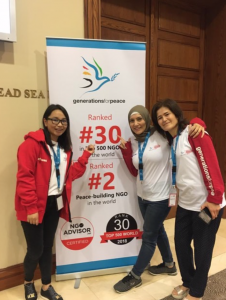 Kyrgyzstan was not always like this. Nafisa can remember growing up happily in a diverse and cohesive little village in the south of Kyrgyzstan. She witnessed people from different backgrounds and walks of life forming close bonds with one another. Seeing peace shared among people from all walks of life provided Nafisa with a blissful upbringing in the earlier part of her childhood.

Suddenly, the peacefulness that Nafisa became accustomed to disappeared; the collapse of the USSR and the manipulation of inter-ethnic disputes of the conflicting parties caused hatred among different ethnicities to sprout. Youth were the most vulnerable to believe this indoctrination, since they were the ones who had little to no memory of the more peaceful times. The growth of hatred among youth in Nafisa’s community would soon become catastrophic.

When violence broke out, Nafisa started to fear for her life. What became known as the “Osh Riots” between the Kyrgyz and the Uzbeks became more and more common across southern Kyrgyzstan. The riots spread like wildfire to other multiethnic cities across the country, including Nafisa’s hometown, Isfana. Nafisa remembers seeing children and babies suffering across Isfana. To this day, she is haunted by the sounds of gunshots and the riots. Fearing for not only her life but the lives of her children and family, she constantly wished for the peace that she once knew.

It was this fear that led Nafisa to believe that something must be done in order to change the situation and attitudes in her country. She took the first step to engage with people of different ethnicities by joining Generations For Peace (GFP). Nafisa began volunteering with GFP in order to make a positive change and make a difference in her community. Her participation allowed her to realise that the world is so diverse and that the diversity within the world makes it beautiful.

Nafisa began to understand that change must start from within herself and her actions. “If we want to change something for the better, we first must have to change ourselves. This may be difficult, but this is a very crucial step.” It was these realisations that led her discriminatory actions to begin to fade. 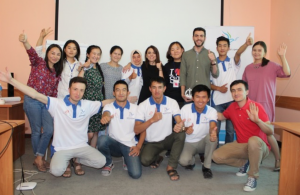 Nafisa posing with students during an activity in Kyrgyzstan

Nafisa believes focusing on youth is the key to creating positive change because not only may an entire generation alter their perceptions of diverse environments, but the previous generations might also change their perceptions as well; their parents and grandparents might be stubborn in their ways when an unknown person tries to change them, but what will happen when their own child talks about a friend they made who is of a different ethnicity than them? Would this help convince the older generation to be more open? Would this make a difference in combating the racism prevalent in Nafisa’s community? Nafisa’s belief that targeting the youth will change her community for the better is what drives her to continue volunteering.

Since beginning her volunteer work with GFP, Nafisa’s attitude of other ethnicities has evolved, and she has since become a more tolerant and fair coach. Seeing the children of different ethnicities forget about their differences and work together gives Nafisa the belief that peace can be fostered in her city. “I begin to believe that together we can change people for the better and build communities where everyone lives in peace and harmony with one another.”