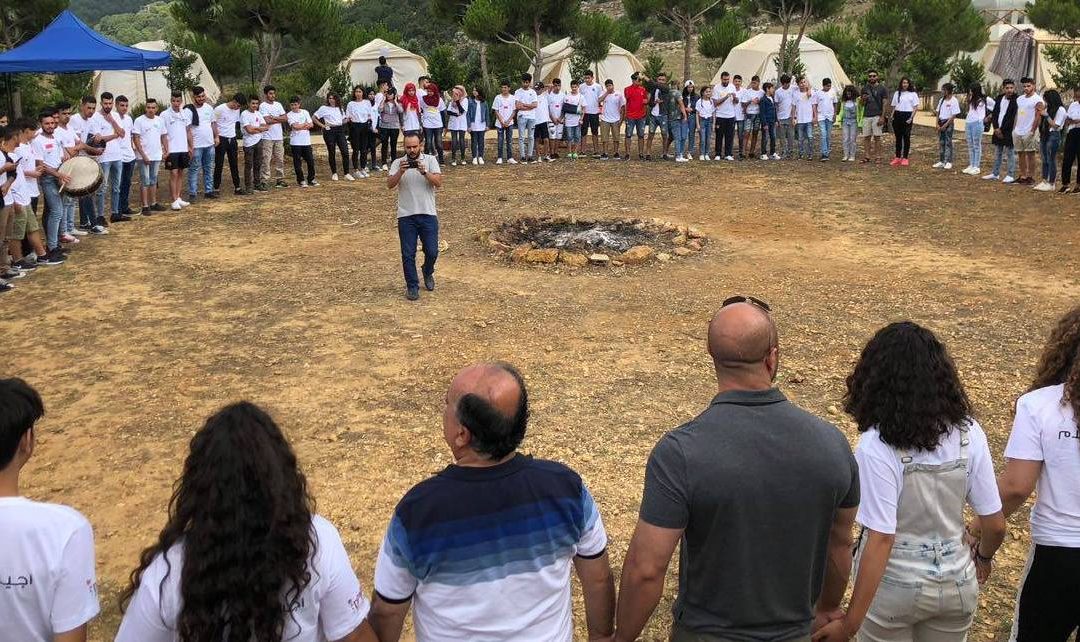 8 July 2018 – Jezzine/Lebanon: Generations For Peace recently took part in hosting a Youth Resolve camp, run under the EU Madad Fund’s broader Youth Resolve project, which launched in March of this year and aims to see new grassroots programmes launched in Jordan, Lebanon, and Iraq. Implemented by Generations For Peace in cooperation with the consortium of organisations such as CAFOD and Caritas Lebanon, Islamic Relief, Questscope, and World Vision, the camp brought together 120 Syrian, Palestinian, and Lebanese youth from across ten Lebanese communities.

Those in attendance were trained by professional artists in four types of art: playwriting and acting, comic book writing and illustration, songwriting and performing, and documentary film producing. Though the camp officially concluded at the end of June, the dedicated artists involved will continue working with the youth over seven sessions in four groups – one for each form of art. During this time, youth will work together to develop final products that depict stories of community social cohesion in the form of plays, comic books, songs, and documentary films. After each of the seven sessions, they will bring the content they learned to the attention of their peers in their home communities, broadening the impact of the project. 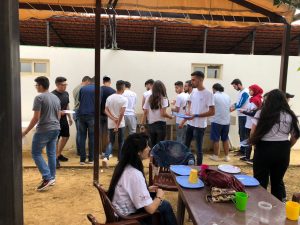 During the coming year, all arts products developed by these groups will be jointly showcased at five community events: three held in South Lebanon, one in North Lebanon, and one in Mount Lebanon. These events will be followed by a large “closing ceremony” in Beirut, planned and promoted by the participants under the guidance and mentorship of the professional artists with whom they will have been developing their projects. The ceremony will showcase the youth’s artwork and share their stories and mission to build peace with a larger, more diverse audience than their own respective and individual communities contain.

Emphasising the mission of Generations For Peace to empower youth to lead and cascade sustainable change in communities experiencing conflict, the organisation’s President, Dr. Mohanned Al Arabiat, stated, “It is very important that we not only transcend, but embrace our differences and the need for diversity in our respective cultures and societies. This will help us learn to recognise one another first as humans with intrinsic value.”

Generations For Peace is thrilled to be a part of the Youth Resolve consortium supported by the EU Madad Fund. Through this camp and myriad other efforts, Youth Resolve aims to empower young people and reduce the risk of radicalisation with job skills training, education, and new community clubs and committees to bring young people from different backgrounds together.