A New Generation of Acceptance in Rwanda 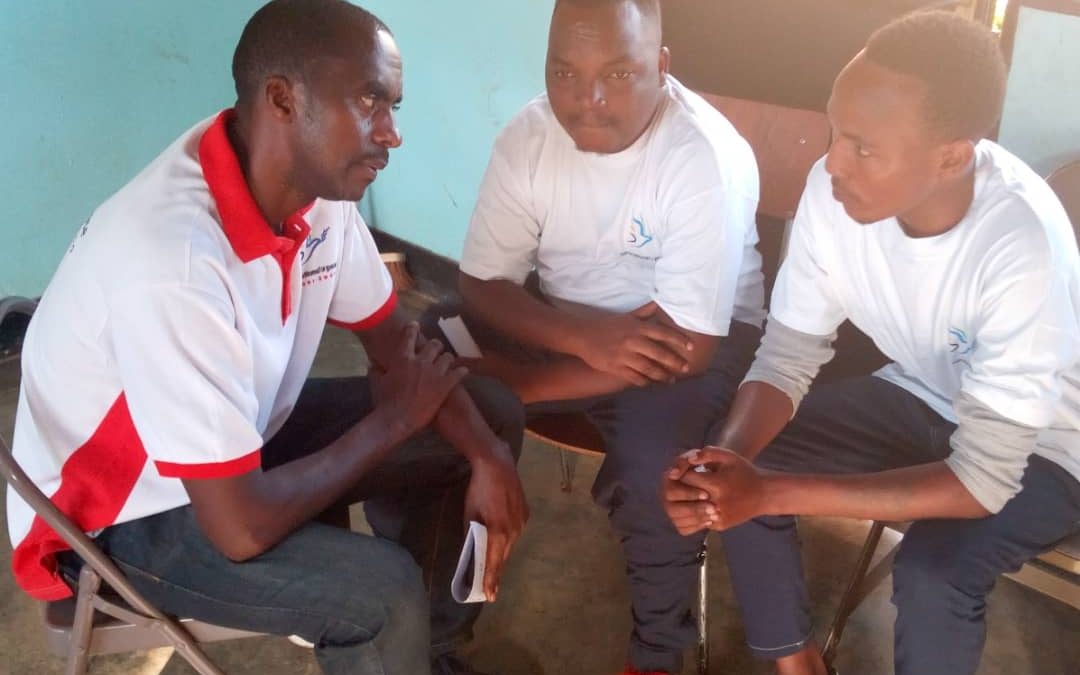 By Nefertari Bilal, Communications Intern at Generations For Peace

Today, identifying as any ethnicity in Rwanda is outlawed. This information, at one time highlighted and mandatory on any official identification, is now stricken from ID cards in the country.

This is a step taken by the country’s current government to prevent a recurrence of devastating past ethnic violence and encourage citizens to recognise one another as fellow Rwandans, rather than dividing themselves by tribe.

Born in 1977, Dominique Ntawanga remembers when ethnicity, class, and tribe played a substantial and divisive role in Rwandan life and culture. One of 8 children in his family, Dominique was 17 years old and excited to attend university when the Rwandan Genocide began after the plane of then Hutu President Juvenal Habyarimana was shot down following a year a peace treaty, which had been made with the Tutsi rebel group called Rwandan Patriotic Front (RPF) in 1993.

The government accused Tutsi rebels of being behind the attack, sparking what led to the slaughter of thousands of Tutsi and any Hutu that opposed what many recognised as widespread ethnic cleansing. The genocide claimed 800,000 lives.

Among those dead were some of Dominique’s family members, including uncles and aunts, leaving behind their orphaned children. The bodies of friends, of neighbors, of children, of parents – of Rwandans young and old, could be seen everywhere. No one was spared the trauma of witnessing and feeling the direct impact of the atrocity, and many children were orphaned as a result of the actions taken.

Barely out of his teens himself, Dominique took responsibility for 10 of his orphaned nieces and nephews, now grown.

“I had to sacrifice for them and take care of them,” Dominique said. “My experience caring for my own nieces and nephews is what motivated me later to become a GFP volunteer so that I could continue working with youth.”

Dominque worked as a coach, taking part in Generations For Peace Sport For Peace activities, which bring together youth across the country from different ethnicities to foster trust, respect, and understanding. As he has engaged with youth through the organisation’s work, he has come to see that the current generation of youth is far more willing than Dominique’s to interact with people from ethnicities different to their own. These are tremendous steps in a setting where ethnic divisions, further inflamed by hateful rhetoric of parties, had once led to not only deep fear and mistrust between the Tutsi and Hutu, but to the slaughtering of Tutsi and Hutu that opposed the decisions of leadership.

“The youth today are more willing to talk to others that are different than themselves,” Dominique confirms. “The sports programme allows them a space to have a dialogue with one another.”

In his generation, such a space did not exist, and a wall was created between ethnic groups. But that wall is crumbling as youth realise their common humanity, regardless of their ethnic or tribal affiliation. This represents progress from the divisiveness of Dominique’s fellow youth toward a more inclusive society.

Though GFP’s programme cycle in Rwanda has recently ended, Dominique continues working with youth as a volleyball coach for the Rwandan National League. He is also married with four children of his own. Dominque is invested in the youth around him, whose open-mindedness and willingness to work with people from different backgrounds to themselves offer a bright future for Rwanda, despite the loss of thousands of lives to ethnic violence in the past. He will never forget those that were lost to the genocide, and he is working towards a future where such a thing would never happen again. According to him, this all starts with educating youth about the importance of cooperation, trust, and knowledge that everyone is a human being, regardless of their ethnicity.

“My generation was divided against each other. There was much distrust and hatred which turned to violence. But the youth of today are learning not to make the mistakes we did and to embrace each other fully as brothers and sisters.”