My father, the late King Hussein, was a truly pioneering peace advocate and my brother, HM King Abdullah II, continues to lead the call for peace. Generations For Peace is part of that peacebuilding vision through which I continue my father’s work and legacy.

The stories of extraordinary commitment and achievements of our Generations For Peace Delegates and Pioneers, working to build peace around the world, are a daily source of inspiration not only for myself, but for everyone involved in our organisation.

These young volunteers are impressive role models, leading change in their own communities, demonstrating the values of Generations For Peace and passing them on, from generation to generation.

HRH Prince Feisal Al Hussein is deeply committed to peacebuilding and development, complementing the efforts of his brother His Majesty King Abdullah II. They both continue the legacy of their father, the Late King Hussein, in the long-standing peacebuilding tradition of the Jordanian Royal Family.

Within Jordan, HRH Prince Feisal heads a number of important social and economic development initiatives. Among others, he is Chairman of the Royal Water Commission, overseeing water management strategy for the country to the year 2022. As Chairman of the Board of Trustees of King Abdullah II Centre of Excellence, HRH Prince Feisal works on the promoting a culture of excellence and international competitiveness in all sectors.

Formerly the Commander of the Royal Jordanian Air Force, HRH Prince Feisal’s present military responsibilities include roles as Lieutenant General and Special Assistant to the Chairman of the Joint Chiefs of Staff, and Head of the Higher Organisational Committee for the biannual Special Operations Forces Exhibition (SOFEX). HRH Prince Feisal is also the founder of Jordan International Air Cargo.

Passionate about peacebuilding and conflict transformation, and recognising the potential of sport for individual and community change, HRH Prince Feisal is an increasingly prominent global figure in the field of sport for sustainable peace and development.

In 2007, HRH Prince Feisal founded Generations For Peace (GFP), the global non-profit peacebuilding organisation that uses sport, art, advocacy, dialogue, and empowerment as conflict transformation tools in the communities affected by various forms of conflict and violence. He remains very actively involved with the organisation as Chairman of the Board.

In 2010, HRH was elected as Member of the International Olympic Committee (IOC). His peace-through-sport work has gained him a seat on the IOC’s Public Affairs and Social Development through Sport Commission, which advises on strategies to promote the role of sport and Olympism in society, and aims to position the IOC as a thought leader and strong actor on the international stage around sport for peace and development in and beyond the Olympic Games. A leading advocate for gender equality and empowerment of girls and women in Jordan, the Middle East, and worldwide, HRH Prince Feisal serves as Vice Chair of the IOC’s Women in Sport Commission. He is also member of the IOC’s Coordination Commission for the Tokyo 2020 Olympic Games.

Additionally, as a member of the Executive Board of the Olympic Council of Asia (OCA) and Chairman of the OCA’s Peace Through Sport Committee, HRH Prince Feisal is very active in fostering the use of sport for peace and development across the diverse Asian continent.

Educated at Brown University (USA), where he gained a BSc in Electronic Engineering, specialising in communications, HRH Prince Feisal then gained a Masters in Management from London Business School (UK). He has been a keen athlete for many years with experience in football, volleyball, tennis, skiing, wrestling, taekwondo, karate and motor racing. 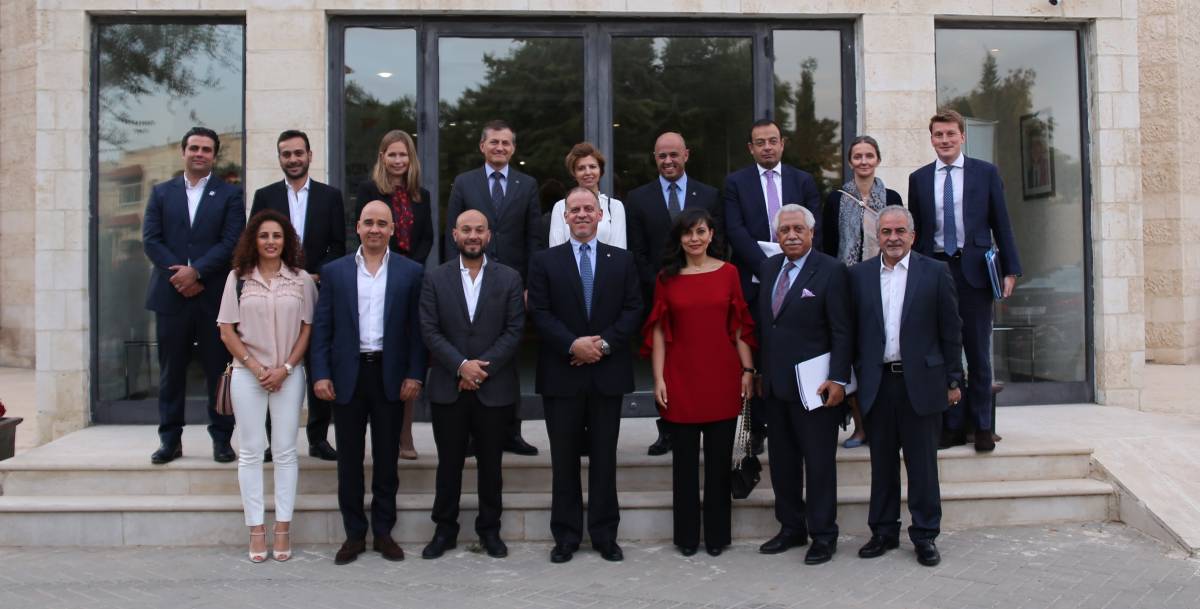 The Board provides governance controls over strategy and budget, approving strategic and annual plans, major expenditure and contractual commitments. 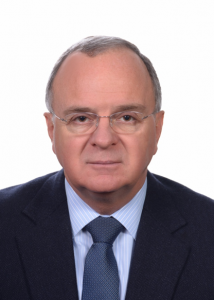 Samir Murad is a businessman and social entrepreneur, dedicated to youth development, education, employability, responsible citizenship, public service. He served as the Jordanian Minister of Labour twice (2010-2011 and 2018-2019) and currently serves as the President of Said Murad & Sons for Trade & Investment and Vice-Chairman of MedGulf Insurance Company. 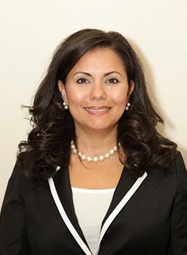 Suzanne Afanah is a communications and media professional. Since 2011, she has held the post of Managing Partner of Advvise, a public relations and marketing consulting firm based in Amman. The firm is dedicated to assisting organisations with the development of their communications strategies. 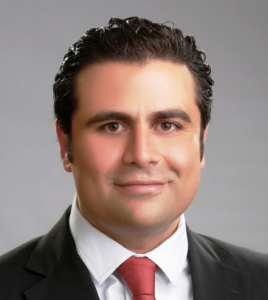 Nasser Majali has served as the Secretary General to the Jordan Olympic Committee (JOC) since October 2016. Nasser is also currently a member of the IOC Marketing Commission, Executive Board member in the Islamic Solidarity Sport Federation, and member of the Sport Commission in the Olympic Council of Asia.

After graduating from the University of Michigan with a BA in Economics and Political Science in 2001, he obtained his MBA from the American University of Beirut in 2006. He is currently pursuing his second Master’s Degree in Olympic Studies from the German Sport University Cologne. He is trained and experienced in Project Management, Change Management, Monitoring & Evaluation, Media and Communications.

Nasser has over 15 years of extensive business and management experience in both education and practice. He has worked across multiple sectors including IT, Trading, Financial Services, and NGOs. Nasser has successfully established and managed a number of companies and organisations. Over the past decade, he has also served as a board member for multiple companies as well as non-profit organisations.

Throughout his professional career, Nasser maintained a strong passion for sport by participating in a number of team sports including football, softball and basketball. He is an expert skier and a keen photographer, having had his work displayed at a number of exhibitions. He has also volunteered his photography services to numerous sporting and non-sporting organisations. 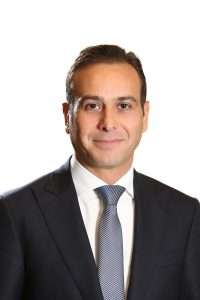 Ala’ Khalifeh is Managing Partner at Khalifeh and Partners, one of Jordan’s leading law firms. As a specialist in corporate and commercial law, Ala’ advises on major infrastructure projects taking place in Jordan. He has an LLB from the University of Jordan, and a DLS and LLM from Manchester University.

Ala’ is also the Vice Chairman of Tkiyet Um Ali (TUA), a non-governmental organisation that provides food and shelter to the less privileged in Jordanian society. He also serves as Vice Chairman for Dar Abu Abdullah – a twin organisation of TUA that aims to support the rehabilitation of individuals so that they become more self-reliant.
In addition to these posts, Ala’ is a member of several boards, including the Royal Motorcycle Club; Royal Falcon Airlines; and Jordan international Air Cargo Company. 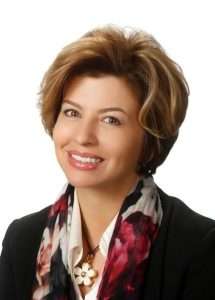 Deema Bibi has held the post of CEO for INJAZ, a youth-centered non-profit organization in Jordan, since 2005. INJAZ focuses on youth education, development, and employment through programmes, which are facilitated to students in schools, universities, and various social institutions. As part of her role, she has developed INJAZ operations to reach over one million students to date, through a network of over 23,000 qualified volunteers.
Deema currently serves on the board of the following organisations: King Abdullah II Fund for Development; Tamweelcom – Jordan Micro Credit Company; RunJordan; and Global Thinkers Forum. Furthermore, she is a founding member of the Arab Foundations Forum and a member of the International Women’s Forum.
Deema formerly served on Amman City Council (2007-2011), before which she which she worked at the Regional Office for the UN Development Fund for Women (2000-2005). Deema has received numerous accolades for her demonstrated commitment to social causes, including the Mosaic Global Social Leadership Award (2008); NYIT Leadership Distinction Award (2009); Global Thinkers Forum Excellence in Positive Change Award (2012); and the International Alliance for Women – World of Difference Award (2012). 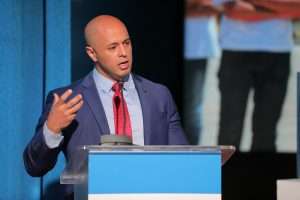 Dr. Mohanned joined GFP in March 2017 and serves as a direct link to HRH Prince Feisal Al-Hussein and the Board.

Dr. Mohanned’s academic research experience, passion for social justice and community development, change management and leadership, and application of technology in organisations and society ensures his invaluable input informing the work of the organisation. He believes in creating spaces for youth to express themselves in a positive manner through unique interactions.

As a passionate advocate for human rights and countering extremism, Dr. Mohanned works towards a vision where conflict and difference do not end in violence. He strives to counter the extremist narratives with narratives of peace, tolerance, and acceptance.