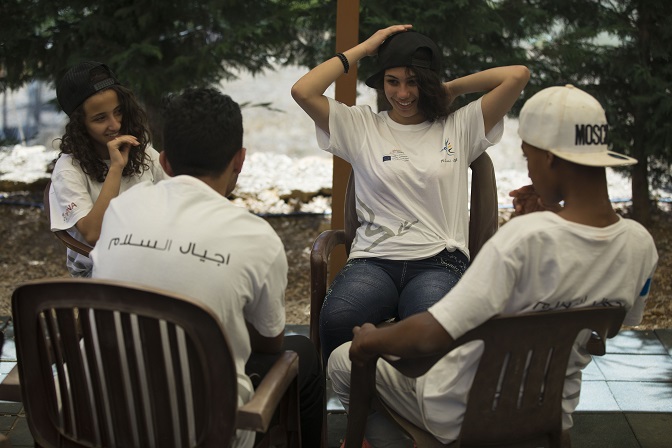 Jordan Daily -Since the implementation of restrictive measures in response to the COVID-19 outbreak, NGOs around the world have witnessed a deeply concerning increase in domestic abuse.

In Lebanon, the situation is no different, with evidence suggesting that lockdown measures worsen conditions for women victims of domestic abuse. Although the lockdown and overnight curfew were lifted on 7 June 2020, the urgent need for structural legal change in the country remains.

As a Lebanese woman, Rana Hassouna knows all too well about the struggle for her rights. Although she was raised in a family which upheld women’s freedom of choice and independence, Rana still struggled with the discriminatory laws in her country.

For example, in order to obtain a divorce, the Lebanese personal status laws required Rana to file a lawsuit against her ex-husband. Knowing this could take up to seven years to reach a divorce, Rana was forced to choose a quicker process – paying her husband off. “I had to pay to get my freedom back. It was my only choice,” she explains. Today, Rana uses her experience to help and empower women who suffer from the same injustice, including domestic violence.

Domestic violence first became criminalised in Lebanon as recently as 2014, when the parliament passed the Law 293 to protect women and their family members. While this represents a crucial step towards the legal protection of victims, many civil society and feminist organisations believe it is not enough.

In fact, the parliamentary committee made major amendments on the draft submitted by local civil society organisations. For example, the 2014 law on domestic abuse does not criminalise marital rape, referring to “the marital right of intercourse,” nor does it guarantee protection of children since the husband retains custody rights.

The restrictive curfew and lockdown measures to prevent the further spread of COVID-19 leave victims of domestic violence highly exposed in Lebanon. The lockdown indeed exacerbated pre-existing risks for women to experience gender-based violence in their households.

This is worsened by the fact that COVID-19 has reached the country at a time of high economic crisis, rising unemployment, and political unrest – further aggravating tensions and violence in society. Over the past months, cases of domestic violence saw a significant increase due to the lengthy confinement period. Even more, six cases of women assassination made national news, encouraging women who kept silent to speak out.

For Rana, protecting women from domestic violence is essential to achieving gender equality in Lebanon, a belief that is reflected in her work with organisations like Generations For Peace (GFP) whose youth-led peace building programmes use sport, arts and other activities to promote social cohesion, protect human rights, foster respect, and build peace in Lebanon and around the world.

Throughout her experience in GFP activities with Palestinian, Syrian and Lebanese youth, Rana witnessed the numerous obstacles refugees have to face in Lebanese society. Having fled their countries, they now struggle with Lebanon’s discriminatory policies. In addition to having limited rights, refugees have difficulties accessing most state-provided services such as health, education, and legal protection.

Following the coronavirus outbreak, refugee communities are even more vulnerable, especially women. In addition to economic difficulties and unstable living conditions, women refugees are highly exposed to domestic violence. Although the 2014 law on domestic violence protects all women on Lebanese lands, refugees living in settlements and camps cannot access life-saving services and legal protection due to the illegal nature of their residency.

In one of the women empowerment trainings that Rana leads alongside her work with GFP, 12 of the 15 Syrian, Palestinian and Lebanese participants shared that they experience domestic violence on a daily basis. “This has to end,” Rana explains. “We need legal structural change now.”

While local organisations have been providing psychological support and legal advice to women victims of domestic violence, Rana believes this is not enough. She stresses the need for a unified civil legislation to effectively end domestic abuse and achieve gender equality in her country.

As Rana points out, the 15 separate personal status laws for the country’s different recognised religious communities have had a tremendously negative impact on women’s rights. “For decades, religion has been used as an excuse to create laws that decrease women’s rights and participation in society. We need equal civil rights for all,” she explains.

According to Rana, structural legal change must go hand in hand with a change of mentalities. “All of us need to deconstruct the gender roles and the patriarchal traditions that have been passed on through previous generations,” she explains. “Inclusion is the key to effectively end the cycle of violence against all women as we need both women and men to build a better society. A structural legal change can only happen if we all unite. Fighting for women’s rights is fighting for the rights of all humans.” 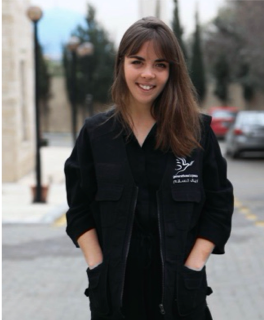 Valentine Chauchereau is a team member of Generations For Peace, a leading youth-led peace building NGO, and a graduate student in International Relations from Amsterdam University College.