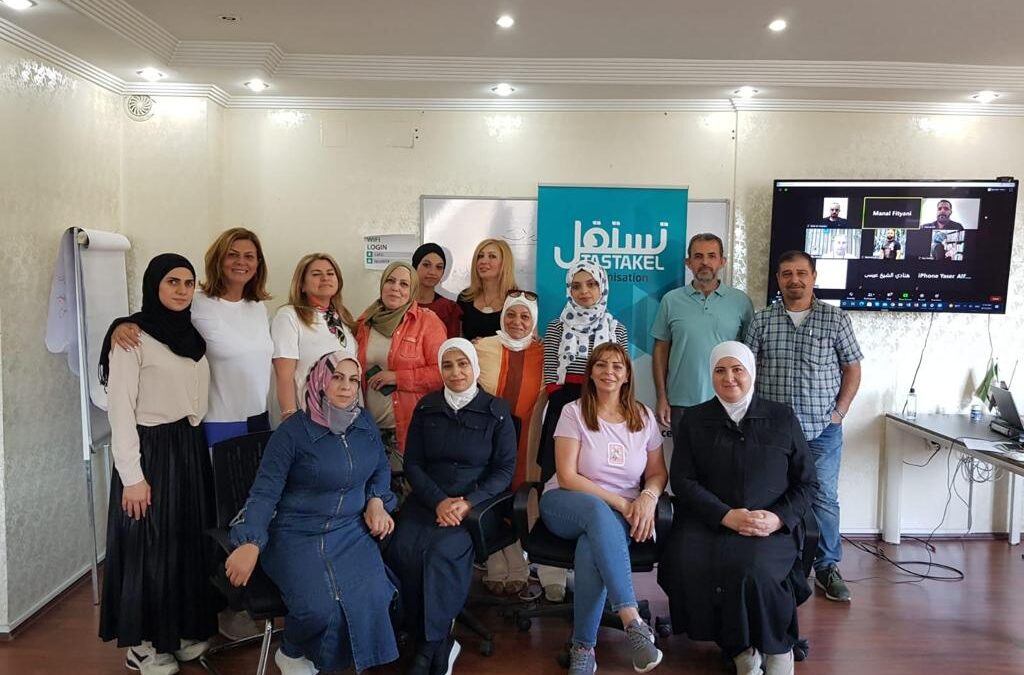 12 January 2022 – Amman/Jordan: Generations For Peace and Tastakel Women’s Organisation have announced a partnership to implement the “IDEAS” programme, to promote Interfaith Dialogue for Empowering and Advancing Society across multiple areas in Syria. The seven months’ programme will start in January and is Generations For Peace’s first-ever programme in Syria.

Generations For Peace has had active programmes across the region and globally for the last fourteen years, including supporting Syrian refugees and host communities as part of the Syrian Refugee Response in neighbouring Jordan and Lebanon. Now, this first programme partnership in Syria is intended to pilot implementation addressing the unique local context in different communities in the country. The selected implementation locations present an opportunity to engage and bring together members of many diverse groups and components of the Syrian population. The programme engages people from multiple Syrian regions; some are areas of majority Sunni Arab Muslims, while in contrast other locations have unique historical ties to the Greek Orthodox Christian community. It also engages communities with varied ethnic identities, like Kurdish and Turkmen identities, particularly from places where the recent conflict and intervention by other local and regional military forces has caused increased tension between Kurdish and Arab residents.

Dr. Carol Daniel-Kasbari, Chief Programmes Officer at Generations For Peace, described: “Partnering with Tastakel enables the programme to leverage the unique access Tastakel has to all of these different identity groups, to bring together a diverse group of beneficiaries and create an inclusive peacebuilding community in Syria. With support from Generations For Peace, Tastakel will cultivate and train women and men in essential skills for conflict transformation across faith lines, as well as support the empowerment of women in civil society. We will focus on areas with high potential for interfaith interaction among participants of all sectarian backgrounds including Sunnis, Alawites, Christians, Kurds, and Druze. In doing so, we aim to create agents of societal transformation capable of uniting diverse communities around a common goal, leveraging and developing the tools at their disposal, and sowing the seeds of long-term, sustainable peace in Syria.”

Hind Kabawat, President of Tastakel, said: “This partnership with Generations For Peace is a great opportunity for us to work with a reputable and like-minded partner to initiate dialogue among women and men from all religions and invest in conflict transformation education, offering intensive leadership workshops and support for local community initiatives.

Engaging women in such a process and creating space for them to undertake active roles in civil society, is extremely important to build a stronger, equal, and more collaborative society. The greatest change agent regarding all the issues around gender, race, war, class, and religion in the future of Syria will be an emerging network of empowered men and women.”

The pilot programme will train 120 individuals, aged 18-45, 60% female, 40% male, working for Syria-focused organizations, with an emphasis on locally based non-governmental organisations with a focus on humanitarian services, peacebuilding, or public services. The training will include law and transitional justice; gender; advocacy; resilience; conflict transformation and peacebuilding. The programme combines theory and practice, with the community initiatives component providing an opportunity for the trainees to design and implement mini-projects relevant to their local context.