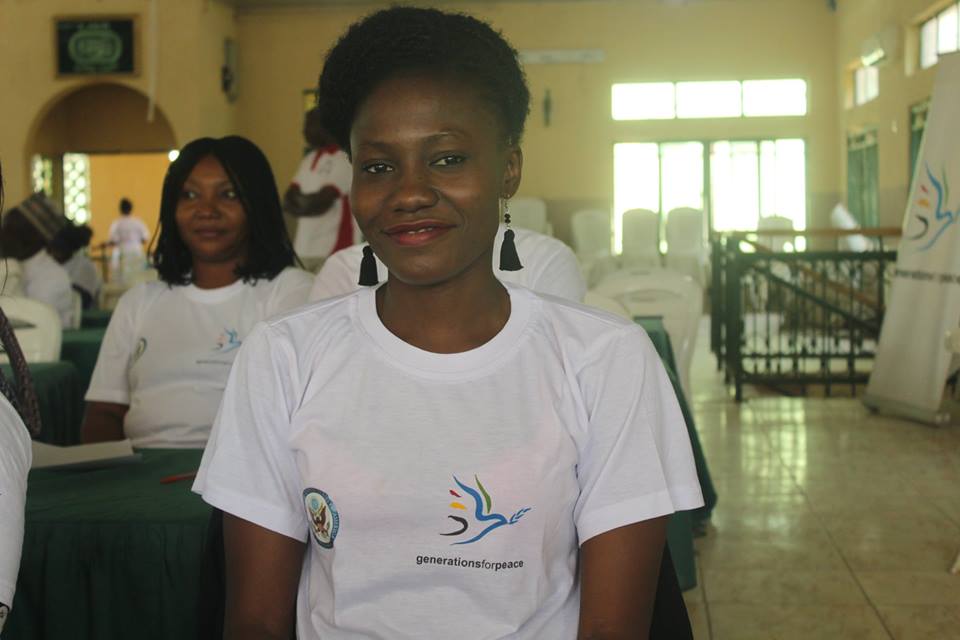 Relationships are the bonds that hold us together: whether romantic, platonic, parental, or familial, the relationships we have shape and mold us. It’s the restoration of lost relationships between families and friends, respectively, that Roberts Ukaigweh and Pharinda Angbo have experienced through the Generations For Peace Arts and Advocacy For Peace Programme in Kaduna, Nigeria. 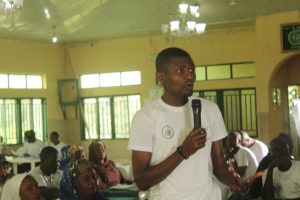 Roberts shares his thoughts during a GFP peacebuilding session in Nigeria

“Twenty years ago, I graduated from a military secondary school,” Roberts, a member of the Igbo Tribe from Abia State, shared. “My father wanted me to further my career towards becoming military personnel, but at that point in my life, my passion was different, and I wanted to become an accountant.”

According to GFP volunteers from the Generations For Peace United in Diversity Phase One, Dialogue For Peace Programme, poor parenting and familial conflicts are endemics affecting the northern part of Africa’s largest country by population. In fact, one study has shown that 68% of children affected by ‘poor parenting’ can directly feel the impacts of such conflict later in life.

There was a time when Roberts was among those 68%. He even struggled to tell his family, especially his father, about his decision to pursue a different career path than he’d expected. When he did, Robert’s courage was met with frustration.

“My father was so angry with me and was not ready to support me in any career other than becoming military personnel. That ate into so many years of my life – of course, I was very angry, and I lived with that for years.”

He added, “Most people in the family felt I was rebellious by not choosing the career that my father wanted for me.” 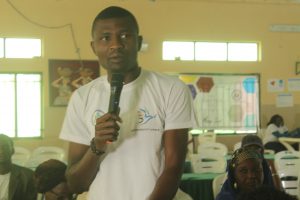 Roberts engaging with others during an Advocacy For Peace session in Kaduna, Nigeria

Roberts is now a participant in the ongoing Generations For Peace “United in Diversity” Programme, an Arts and Advocacy For Peace programme put on with the support of the US Embassy in Abuja. Despite the peacebuilding skills he had learned in the first phase of the programme focused on dialogue, Roberts was still nervous when it came to approaching his father.

“It was like a cold war for 20 years in my family where everything seems right, but nothing is going right.”

Toward the end of the programme’s first cycle, in December 2018, Roberts had decided to have a family meeting in order to resolve this long-lasting conflict. The family came together in January 2019, and to Robert’s surprise, his father apologised for the misunderstanding between them for two decades. The whole family had a dinner together that night for the first time in 20 years.

Like Robert, Pharinda was also reunited with a close relationship through the “United in Diversity” Programme.

“My best friend, Kuyet, and I were inseparable while growing up. We finished each other’s sentences, wore each other’s clothes, and at one point, lived together.” 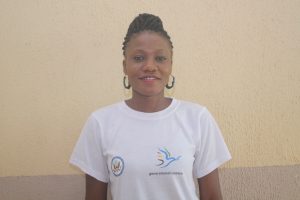 Meet Pharinda, one of the participants of the United in Diversity Programme in Nigeria

Born and raised in Kaduna State in Tudun Wada community – a mixed kind of settlement with both Muslims and Christians represented – Pharinda can recall a time when one could not differentiate who was Christian or Muslim.

“We just played together: sometimes we would follow our Muslim friends to the mosque on Fridays while they in return would follow us to church.”

Kuyet and Pharinda were very close until the 2000 Sharia Riots in Kaduna state, when Pharinda’s home was set ablaze. After the riots, they were forced to move to another community, and she never saw Kuyet again. This crisis brought about a divide in both Pharinda’s life and in the greater Kaduna State: Christian and Muslims no longer trusted one another.

In 2018, Pharinda was invited to GFP by a friend, Nassidi Abubakar, to participate in the ongoing GFP Arts and Advocacy For Peace Programme. During the very first session, she was reunited with Kuyet, also a participant in the programme, after 18 years. 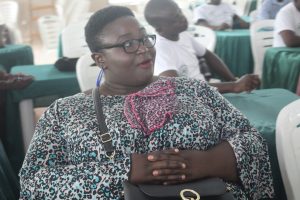 Pharinda’s childhood friend, Kuyet, at a GFP Advocacy For Peace session where she was reunited with Pharinda after nearly 2 decades

“I was so happy to see her, and I must say that this programme has restored a friendship I thought I had lost, and I now feel confident to work with people from other religions and ethnicities.”

Conflict does not have to be at a large scale or a high level to be significant: conflicts between our closest friends or those within our own family leave deep impacts on our lives, sometimes even more so than those that seem larger but are more distant from us. Roberts and Pharinda are proud to have used what they learned through Generations For Peace programmes to reunite and reconcile with their family and friends – an act which will help all of them build their futures stronger and together.