The Military Highway: a Journey through Georgia (part 1) 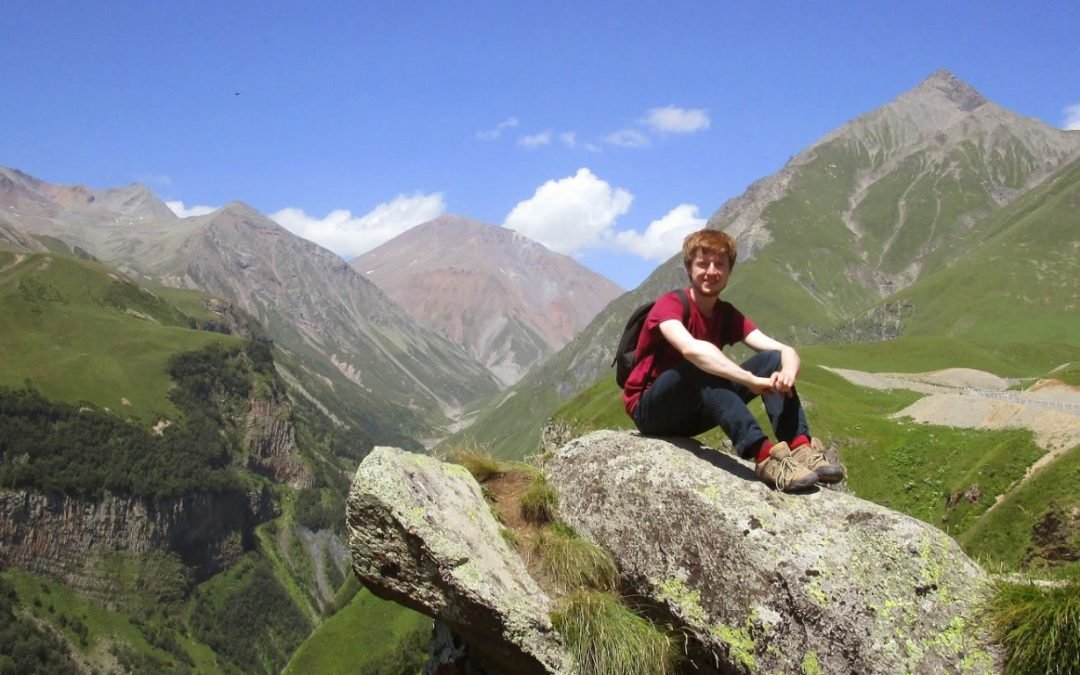 First engineered as a road by the Russians in the 19th century, the Georgian military highway works its way from Tbilisi through the towering peaks of the Caucasus Mountains to Russia. The journey along it provides a snapshot of Georgia: its landscapes, culture, history, and conflicts. Shortly after leaving the Georgian capital, we pass by the ancient town of Mtskheta. It was here that Christianity was first established in Georgia in 327 and as a result the city remains an integral part of Georgian culture. Situated at the confluence of the Mtkvari and Aragvi rivers, it includes some of the finest examples of Georgian Christian architecture. Perched on a mountain top high above the town is the Jvari (Cross) Monastery, dating back to the 6th century. It is said that the Church was built on the site where Georgia’s first Christian King placed a cross shortly after St Nino converted him to Christianity. Beyond Mtskheta we continue our journey through villages and green hills. Around 60 km from Tbilisi, we reach the Ananuri fortress, situated on the shore of the Zhinvali reservoir. After climbing up the narrow stone stairwell to the top of the watchtower, there are commanding views of the turquoise resevoir and the lush, forested hills that surround it. 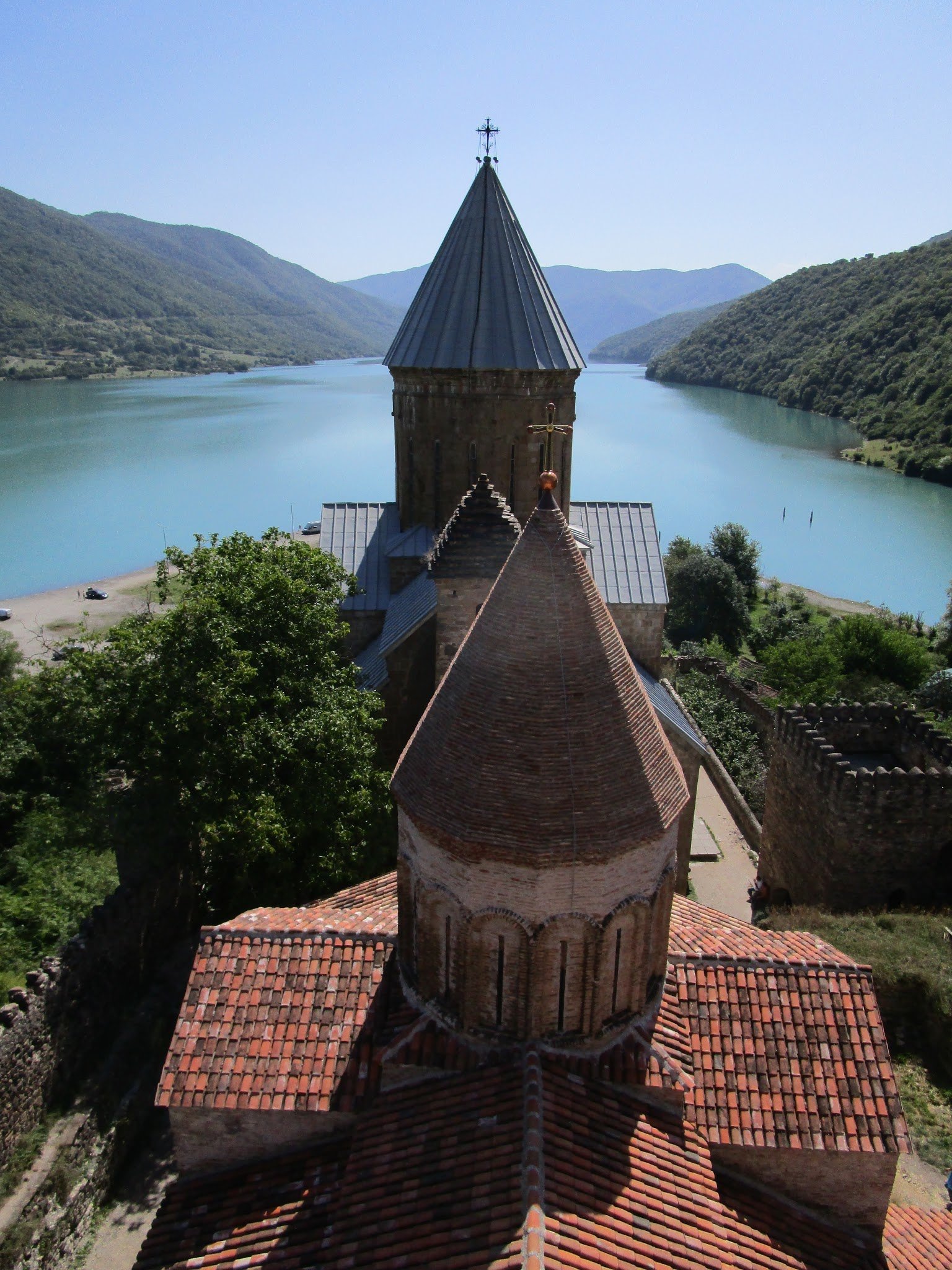 Church at the Zhinvali reservoir

The road continues after the reservoir through an increasingly mountainous landscape. Around 100 km from Tbilisi, it starts to climbs through a series of hairpin bends. The mountains of the Greater Caucasus range grow more and more into view. At around 2000m, after we passed through a sprawling ski resort, that is eerily quiet in the August heat, the road passes an enormous circular viewing platform overlooking a deep valley and a raging torrent of water far below. Built by the Soviet Authorities in the 1980s, the construction celebrates 200 years of Georgian-Russian friendship. The faded mural tells a sanitised story of the two countries shared history. The wall includes colourful onion domes, Georgian Churches, and chivalrous knights mixed together in a technicolor utopia. The murderous wars, forced deportations, and brutal repressions that have marked Russian subjugation of the Caucasus are overlooked to convey a message of undying fraternity among peoples. 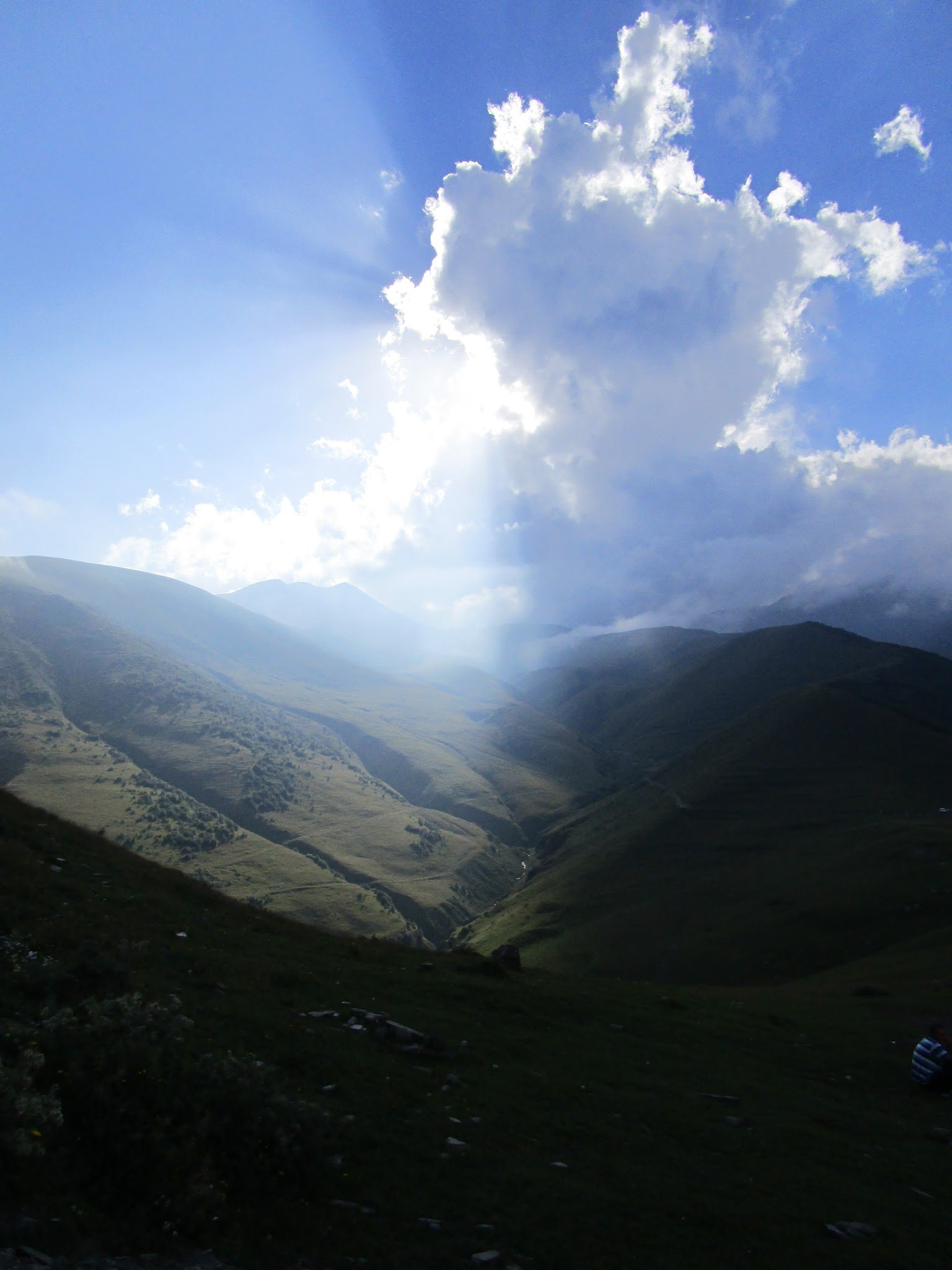 The sun shining through the clouds in Georgia!

Just a few kilometres west of this dilapidated monument is the border with South Ossetia. Conflict in this territory shattered any lingering faith in a united Sovietskii Narod (Soviet People) as the chaos of the Soviet breakup brought war to Georgia. The Ossetians are a largely Orthodox Christian ethnic group who speak a language related to Persian. Most of them live in Russian North Ossetia, but a minority live South of the mountains in Georgia. This mountain people came to the attention of the Russian imperial authorities in the 19th century largely because of the military highway and the security risk they presented to a safe passage over the mountains. The short but brutal war in 1991-1992 devastated the region, which had a population of just 100,000. The territory had comprised of mixed villages, and mixed marriages between Georgians and Ossetians were common. As events escalated, communities split along ethnic lines with both groups mobilising in response to the other. The war divided villages and families leaving a legacy of distrust, uncertainty, and insecurity in its wake. Following a truce in 1992, the dispute became one of the so-called frozen conflicts, with no peace and no war. Isolated, under-resourced, and poor, the territory became a haven for smuggling and corruption.

Please check out the blog again next week for part two of this post!