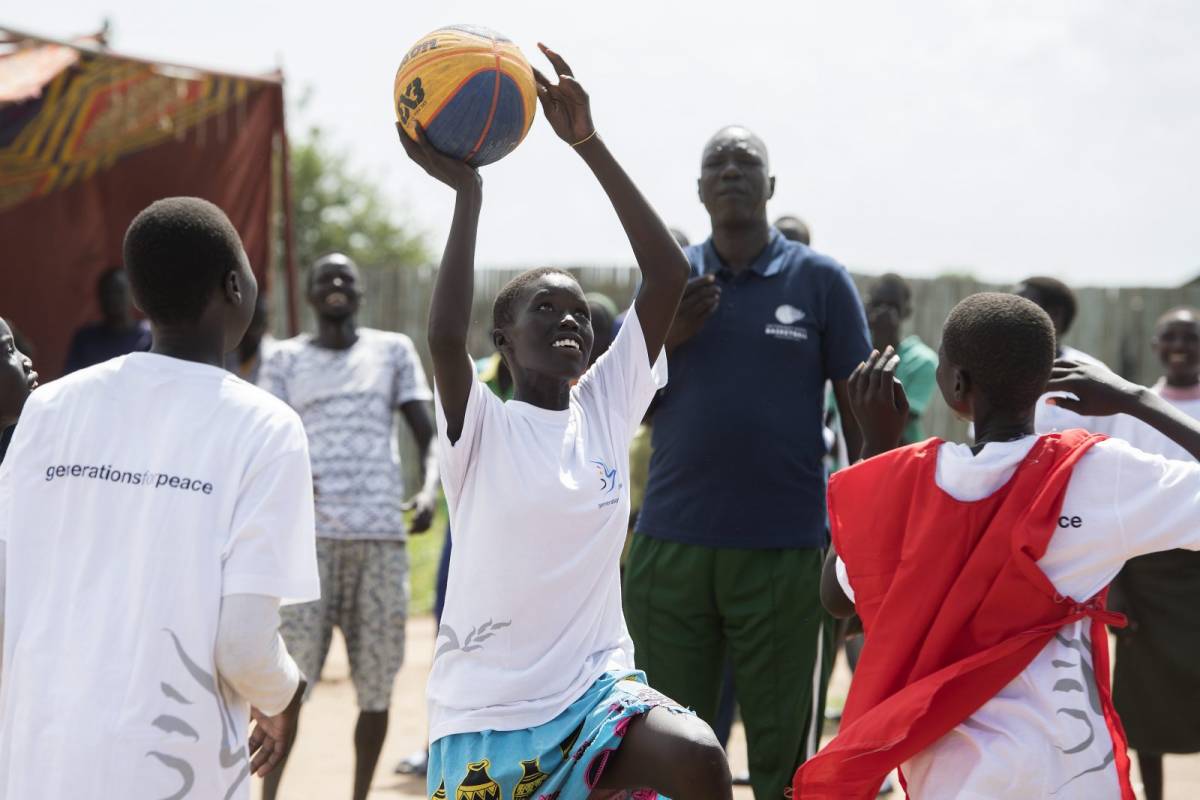 Generations For Peace began implementing its programmes in South Sudan in early 2016. Focusing on communities within and around the young country’s capital, Juba, GFP engages children and youth through Sport For Peace programming that addresses inter-tribal conflict by bringing together young people from Dinka and Nuer tribes.

By targeting children and youth from these tribes  the community known as Area 107, GFP seeks to build peace for the future through the next generation. Inter-tribal conflict predates the existence of South Sudan as a recognised nation, with clashes occurring as early as the 1940s. Typically, these were local and resulted in few fatalities; however, since the election in 2013 of President Salva Kiir, of the Dinka tribe, violence has escalated in frequency and impact, resulting in the deaths of over 1,000 victims. Our programmes provide a safe space and planned activities that transcend the differences of the tribes, allowing youth from each to learn about and engage with one another, building friendships and establishing the foundations for peaceful coexistence going forward.