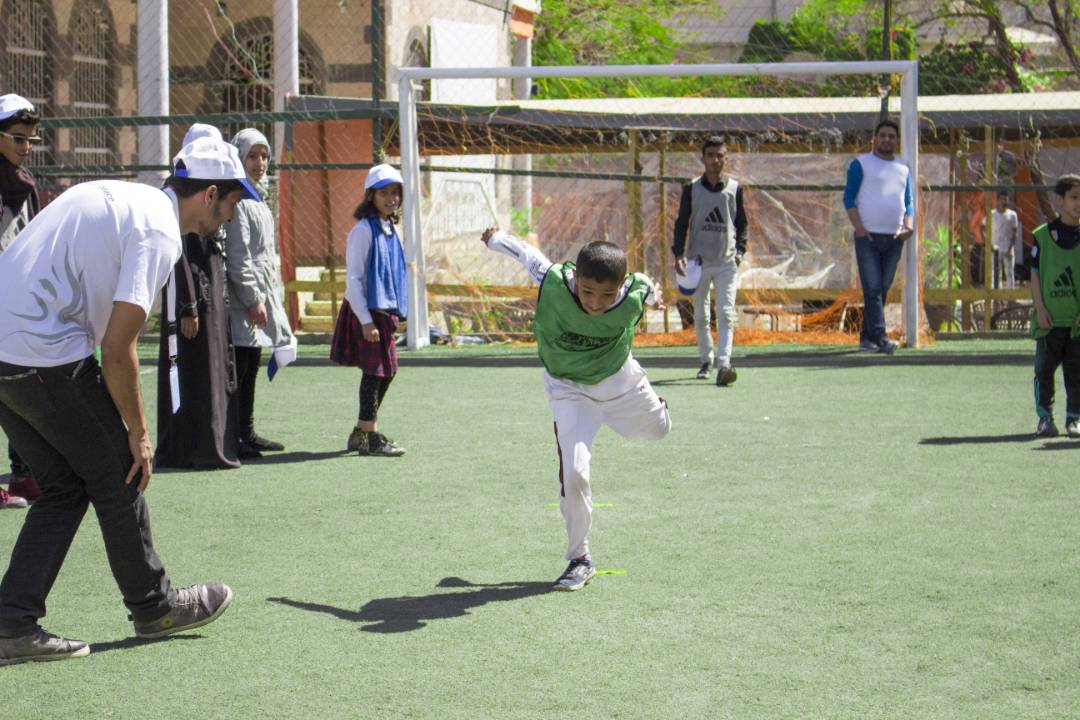 Generations For Peace first became active in Yemen in early 2013. The Yemeni Civil War, which began less than a year later, forced many citizens to flee to countries like Somalia and Djibouti in the Horn of Africa. GFP now implements Sport For Peace Programmes targeting youth to build a culture of receptivity among host communities in towns like Aden and Sana’a, both of which are epicentres of violent conflict surrounding the Civil War.

In 2015, the outbreak of the Yemeni Civil War created a spike in the population of internally displaced people (IDPs) in Yemen, raising the number by more than 3 million. This increase has led to a range of challenges in the host communities in terms of economy, social pressure, violence, and discrimination.  GFP’s peace-building programmes in the country were required to adapt to the sudden change, and we are now expanding our work in Yemen using Sport for Peace, in which IDPs are involved in host community activities to promote social cohesion, strengthen relationships, and reduce violence.