Reflections on an Inclusive Way of Analysing Grass-Root Conflicts

Analysing conflicts is one of the most important aspects of implementing peace-building programmes. Understanding the conflict(s) and context(s) in which a programme is being implemented is crucial in order to ensure that it addresses the relevant issues. That being said, analysing conflicts can be both complicated and time consuming. There are also several different theoretical frameworks and methodologies to navigate depending on the type and scope of the programme, which can be confusing when embarking on a conflict analysis. This piece will focus on conflict analysis in general, Generation For Peace’s (GFP) approach to participatory conflict analysis, as well as the advantages and limitations of GFP’s approach.

Every conflict contains certain elements permitting us to produce an analysis that can help, for example, a party to a conflict or a third-party intervenor to better understand particular situation. If you think about it, even the simplest inter-personal conflict has many elements that can be outlined and analysed. It is just a matter of what type of information you need about a specific conflict and for what purpose. Kenneth Boulding has outlined general principles for conflict analysis and practical aspects to consider (Boulding, 1988). Other scholars, like Dennis Sandole, advocate a more detailed, microanalytical approach to understanding conflict, its origins, and causes, in order to address them accordingly (Sandole, 1993). More recently, theorists such as Paul Wehr have combined these and outlined the processes for constructing conflict maps, or larger analyses by identifying contexts, parties, causes and consequences, goals and interests, and dynamics of a conflict (Wehr, 2006). These kinds of overarching frameworks enable flexible roadmaps to be created depending on the type of intervention required.

However, all of these frameworks hinge on a few key aspects in order to be applied accurately. For example, they require that an objective analyst is able to obtain balanced information and produce an unbiased analysis. This is not always easy in a conflict context where understandings and perceptions become polarised.

One way to work around this complication would be to enlist an external researcher in order to limit the risk of bias. Yet, by utilising an external person that is removed from the conflict, you are also running the risk of missing crucial information or features of a conflict. An external researcher must thereby make considerable effort to obtain as a representative sample as possible in order to capture this information, which might both be difficult and costly. In that sense, all approaches to conflict analysis have upsides and downsides.

A Quick Look at GFP’s Participatory Approach to Conflict Analysis

In order to mitigate the shortcomings of various ways of conducting conflict analysis and to tailor the understanding of a conflict to its community-based needs, GFP employs a specific approach that enables the organisation to implement its peace-building programmes. GFP’s volunteer-led model of participatory conflict analysis involves local community members identifying and analysing relevant conflicts in their own communities. The main elements of the approach can be described as follows:

. It is locally/community-based in that it focuses on analysing small-scale grass root conflicts that can be targeted for the purpose of behavioural-change programmes.

. It is participatory because it engages local volunteers in identifying and analysing conflicts that are important to the members of that specific community.

. The facilitators of the analysis are internal to the community, meaning that, although they are running the risk of being subjective, they are also familiar with the conflict context and have a vested interest in capturing the relevant information.

. It is a sensitive type of analysis. This means that the analysis, apart from being participatory, is also transparent in terms of what it is to be used for, inclusive in trying to account for as many perspectives as possible, and dependant on partnership and coordination with the local community.

. Finally, it is inductive in that it does not set out to analyse a pre-determined conflict. Rather, it is carried out with a broad perspective and as objectively as possible in order to identify and analyse conflicts that the community members themselves deem important.

. The local volunteers themselves are thereby involved in every aspect of the conflict analysis. This also enables them to get as good of an insight as possible into the conflict contexts where they will later implement programmes. 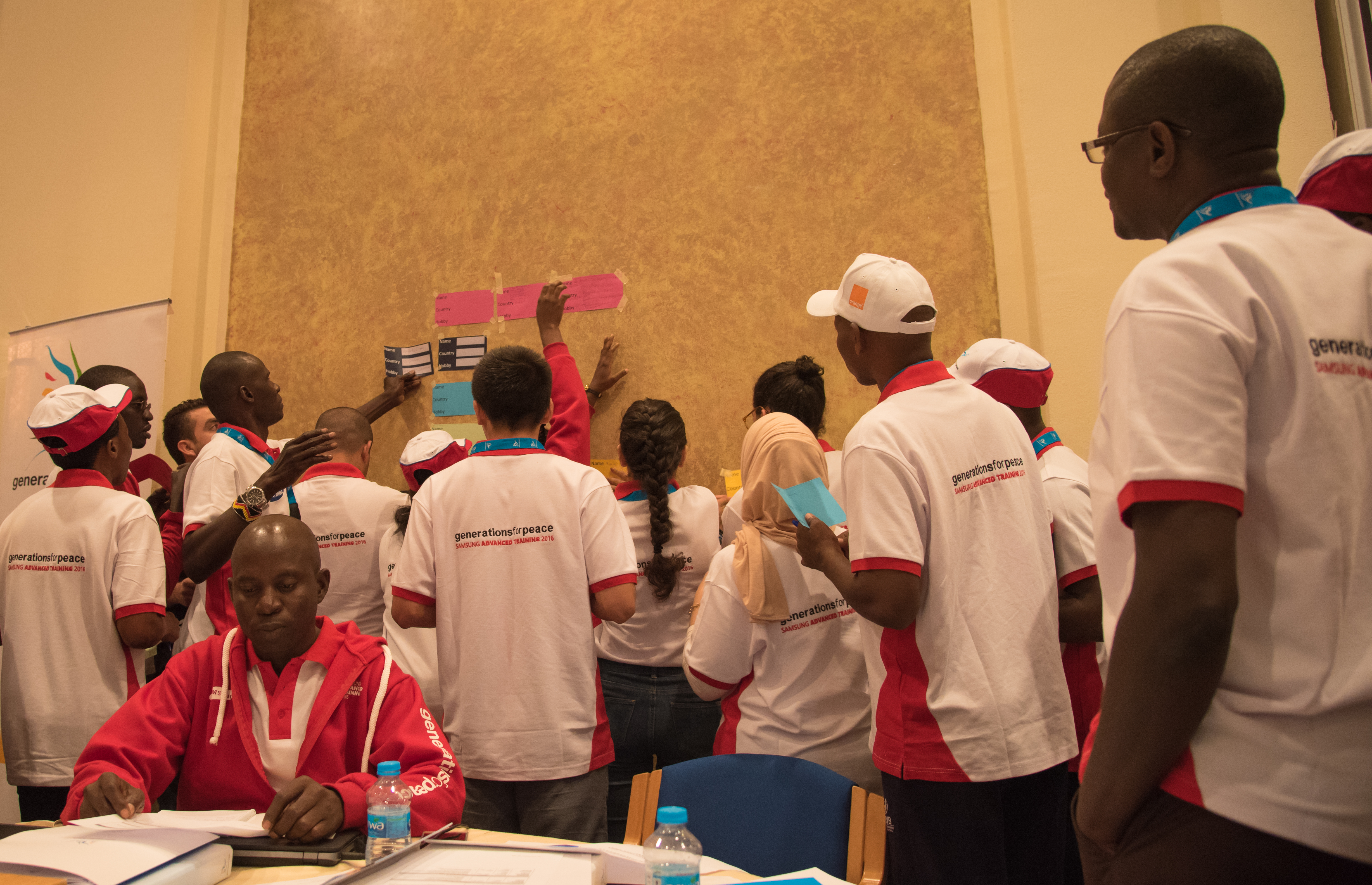 Why Participatory Conflict Analysis Should Be Considered

There are arguably several advantage of using participatory conflict analysis before designing and implementing programmes. So far, this approach has proved especially useful in the following three ways:

First, it generates a sense of ownership among the local volunteers. It empowers the people that will later be involved in implementing the actual programme to analyse the local conditions and identify ways to overcome these.

Second, it ensures that relevant issues will be targeted. By including the local people in determining what conflicts they themselves consider important in their community, it is likely that the programme will be locally anchored as well as tailored to the specific conditions in a community.

Third, it ensures the targeting of conflicts that are local and accessible. While community-based conflicts may overlap with greater regional or national conflicts, the participatory conflict analysis enables local volunteers to identify how conflicts manifest at the community level. This process thereby facilitates the implementation of peace-building programmes that can lead to positive behavioural change at the grass root level.

While a participatory approach might be incredibly useful for GFP, there are sometimes limitations associated with involving local people in conflict analysis. Below are some of the challenges that could arise in the field:

First, people who are internal to the conflict context might be subjective in how they approach the analysis. It is difficult to remain objective and open-minded in terms of what conflicts are relevant to other members of your own community. It is therefore possible that a conflict is selected that is not necessarily relevant to a large part of the community.

Second, participatory conflict analysis can be time consuming for the people that carry it out. Since GFP primarily empowers local volunteers to implement peace-building programmes in their own communities, a participatory conflict analysis is something that has to be done alongside other priorities such as work or family obligations. This can make it difficult to complete a comprehensive analysis in a short span of time.

Third, requirements from the organisation or donors might make a participatory approach less feasible. Some programmes might be carried out in numerous locations and demand detailed information, both quantitative and qualitative, to be collected for the purpose of the conflict analysis. When it comes to these types of programmes, a participatory approach is less applicable simply because it would be too demanding for local volunteers to carry it out. 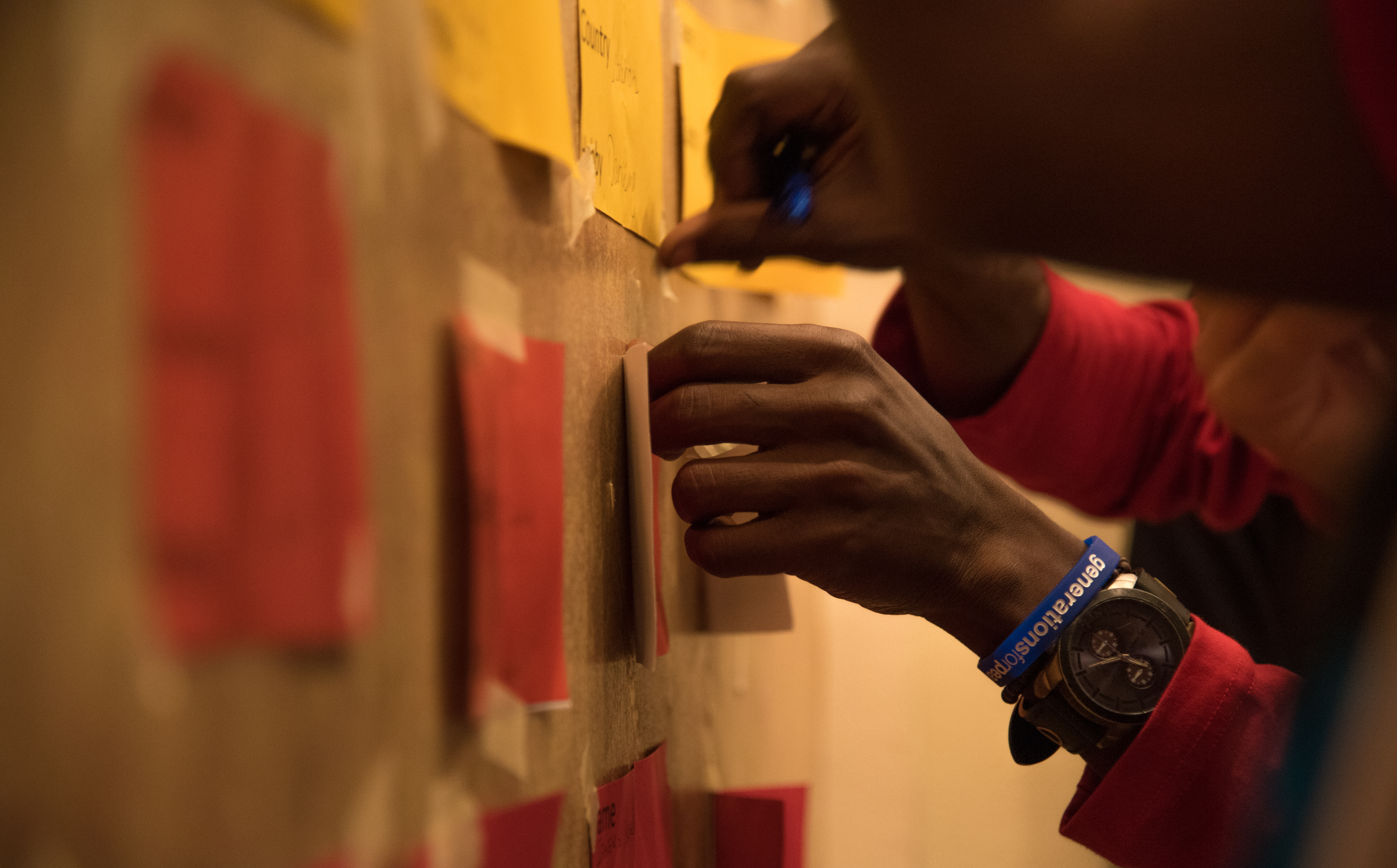 Clearly, there is no perfect approach to conflict analysis that can be applied to all contexts. Rather, the framework of analysis that you select must depend on the scope of the analysis, the level of detail required, the human resources at your disposal, and the timeframe within which you work.

GFP’s experience with participatory conflict analysis suggests that it is a particularly useful approach when it comes to community-based programmes for several reasons. Above all, the people involved in implementing these programmes are incentivised and empowered to contribute to sustainable change through their involvement in every step of the process. Thereby, carrying out the analysis is not only important for the benefit of the programme or the organisation implementing it, but also for the people on the ground. They are the ones that will be involved in implementing peace-building programmes looking to achieve sustainable behavioural change. They are the ones that are witnessing the need in their communities, and thereby should also be involved in achieving that behavioural change.  Why should they not be involved in breaking down and analysing what the relevant conflict is about?

While it is not always possible to involve community members in the process of conflict analysis, GFP’s experience is that doing so goes a long way in ensuring that local and relevant issues are targeted by the programmes. That is the first and most important step on the peace-building journey.